Against all odds, Alison Botha is still alive today despite getting raped, disemboweled, and nearly decapitated by her attackers on December 18, 1994. She had to crawl to a nearby road in a desperate fight for survival, hoping that a good Samaritan would help her get to the hospital.

Botha was born in Port Elizabeth, South Africa, on September 22, 1967. Her parents parted ways when she was just 10. After that, she started living with her mother and her only brother, about one and a half years younger than her.

Otherwise, Botha had a relatively normal life and was once the head girl at The Collegiate High School for Girls in Port Elizabeth. After completing her education, she loved traveling before taking up a position as an insurance broker. She loved her job, and she had a vibrant social life.

On the day tragedy struck, Botha was out with friends on the beach before bringing them to her house. Most of them had left, and she decided to escort the last friend home in her car.

A fun and memorable day with friends had come to a close. Botha was now driving back to her apartment.

However, as soon as Botha had parked her car outside her apartment, a man forced himself into her car just as she was parking it and said to her at knifepoint:

Botha was trapped inside her own car, and she moved to another seat as requested.

The kidnapper sat behind the wheel and drove off to pick up an accomplice. The stranger introduced himself as Clinton and assured her that he did not want to hurt her:

"I just want to use your car for an hour."

However, the captor's name was Frans du Toit, not Clinton. Once he was in the driver's seat, he drove off to pick up Theuns Kruger, his accomplice. The two men had a terrible plan for Botha.

Botha Was Driven Off Outside The Town By The Two Men 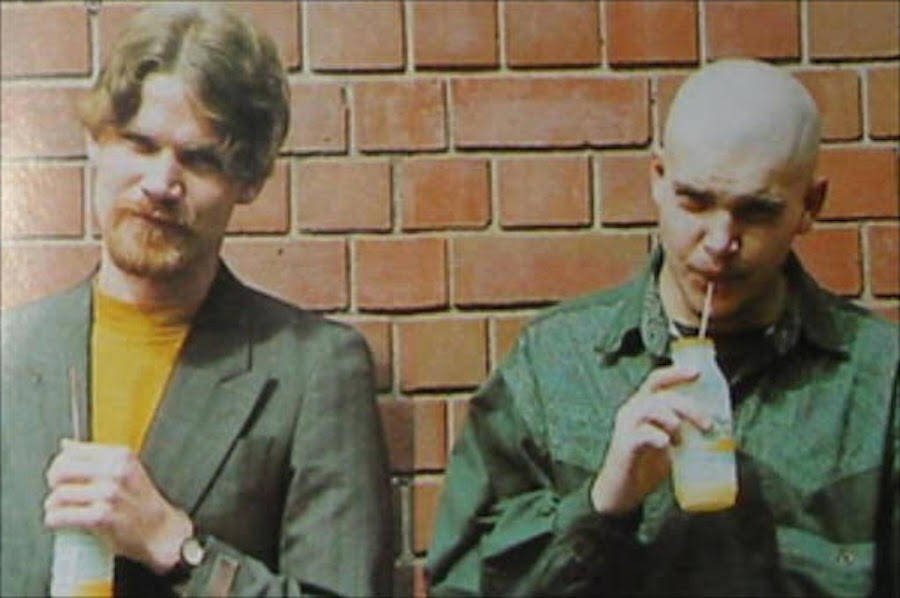 Once the second man joined them, they drove off to an isolated area on the outskirts of the town. Botha had a chilling suspicion that something terrible was about to happen to her, and sadly, she was right.

The two told her they would have sex with her and asked if she would fight them. Obviously, since she was completely horrified, she said no.

The men raped her and then decided to kill her. Initially, they decided to suffocate her, and she actually lost consciousness.

After that, the two men stabbed Botha at least 30 times in her abdomen.

These men had a history of abuse against women, and the injuries they inflicted were intended to destroy Botha's reproductive organs. Miraculously, they did not harm her as they intended.

However, even after this brutality, they decided to slit Botha's throat. This was after they saw her leg twitch. They actually slit her throat 16 times.

"All I could see was an arm moving above my face. Left and right and left and right. His movements were making a sound. A wet sound, it was the sound of my flesh being slashed open. He was cutting my throat with a knife. Again and again and again."

None of what she was going through seemed true:

"It felt unreal but it wasn't. I felt no pain, but it was not a dream. This was happening. The man was slashing my throat."

Although Disemboweled And Nearly Decapitated, Botha Chose To Live 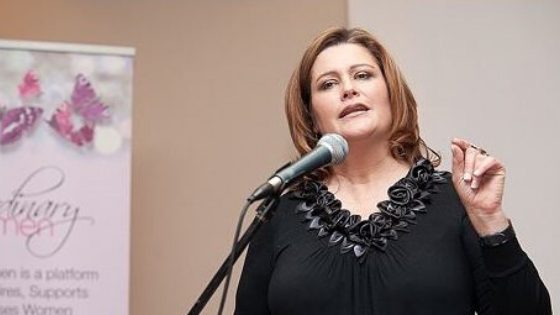 Once the men were done butchering her, one of them asked, "Do you think she's dead?" The other answered: "No one can survive that."

The men were convinced Botha was dead. Luckily, Botha was still breathing and determined to live:

"I realized my life was too valuable to let go of and that gave me the courage to survive."

However, she thought it was only a matter of time before she breathed her last. Still, she was determined to ensure that she helped get the men arrested. She wrote their names on the sand before writing: "I love Mom."

Nevertheless, before she completely gave up, she saw some headlights in the distance through some bushes. It was then that she realized that if she could get to the road, someone might help her out.

When she tried to raise her head, it would fall backward as it was almost decapitated. She was breathing through her severed trachea. Horrifyingly, she realized that her intestines were sticking out of her abdomen. She had to use one hand to hold in her organs and used the other to hold her head in place.

It was an arduous task:

"My sight faded in and out and I fell many times but managed to get up again until I finally reached the road."

She made it to the white line on the road. She understood that in this position, she would obviously get the attention of any motorists passing by.

A Man Rescued Her And Took Her To The Hospital 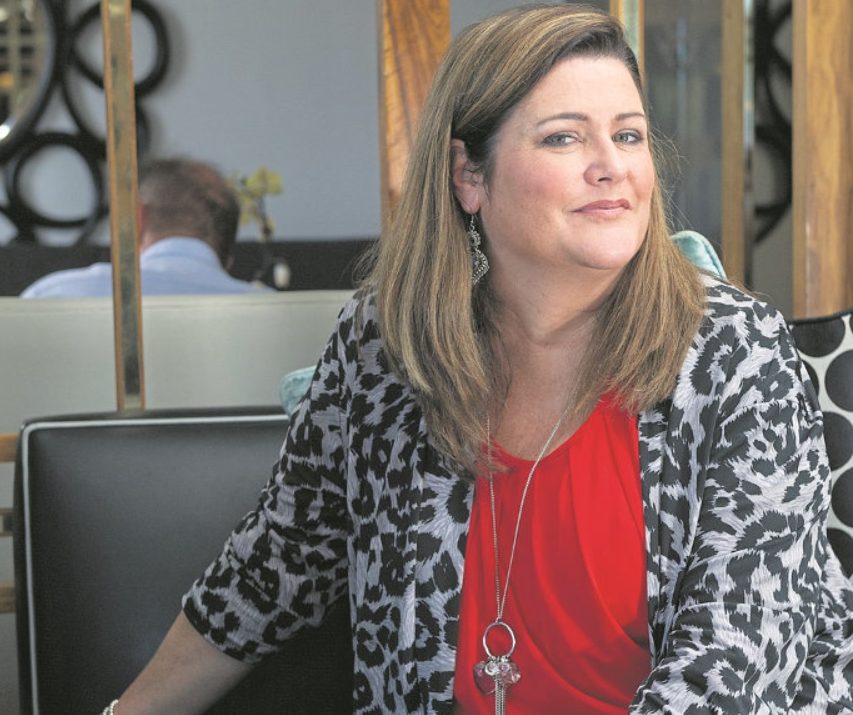 Soon, a young veterinary student, Tiaan Eilerd, saw her and stopped. He was visiting Port Elizabeth from Johannesburg. Later, he admitted that God put him on that road on that night for a reason.

With his veterinary training, he tucked Botha's exposed thyroid back into her body. He then called emergency services, and Botha was quickly rushed to the hospital.

Botha's injuries were so horrific that they shocked her doctors. She was hanging on to dear life by a thread by the time she got to the hospital.

Fortunately, she recovered and could remember the attack. Therefore, she helped identify the two attackers from police pictures while still in the hospital.

By this time, the two men had earned the description, "Ripper Rapists." They were quickly arrested.

After the trial, they were sentenced to life in prison in August 1995 after pleading guilty to rape, kidnapping, and attempted murder, among other charges.

She underwent these horrors at the age of 27. Later, Botha had to undergo many operations to fix the damage she had suffered at the hands of her ruthless captors. The recovery process was slow and painful, and weeks turned into months before she fully recovered.

Her wounds were so bad that her anesthetist, Dr. David Comyn, could not hold back his tears when describing them over two decades later. The prosecutor in her case, as well as the man who rescued her, have also broken down while talking about the horrors she suffered.

Soon after her recovery, she struggled with depression and had difficulty figuring out what to do with herself. The only thing she knew for sure was that her life would never be the same again.

Later, she realized that her story can inspire people and that the world wanted to hear about her unique survival story. Life had to go on. In fact, she married the love of her life, Tienie Botha, while she was still healing from the attack.

What is even more puzzling than her survival was her ability to find the strength, the determination, and the courage to forgive the men who did this to her. If she had remained bitter about her experience, her life would have changed in a very different way, and she would not be the respected public speaker she is at the moment. 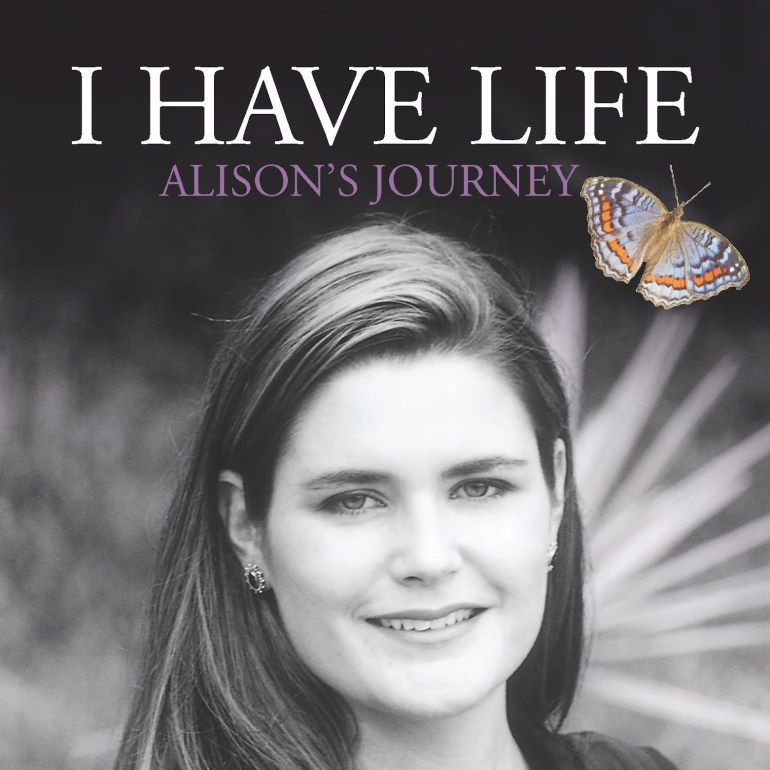 Alison Botha decided that she was not going to play the victim and turned into a motivational speaker. Today, she has told her story in dozens of countries.

Already, she has written two books, including I Have A Life. Additionally, her life was turned into a film in 2016 with the movie Alison.

Botha is among the first women in South Africa to discuss rape in public. In doing so, she has managed to make many other women speak out about rape.

She has also won awards such as "Courage Beyond the Norm" and "Woman of Courage" by Femina magazine. In Port Elizabeth, she was honored through the "Citizen of The Year" award.

In addition to being one of the most inspiring motivational speakers, Botha is also a mother. Du Toit failed in his plan to destroy her reproductive health, as she went on to have two boys. Once, her son asked about the scar on her neck when he was five, and she had no problem saying, "Mommy was hurt."

"Life is not a collection of what happens to you, but of how you've responded to what has happened to you."

Today, Botha's story inspires many, thanks to her exceptional courage after the deep physical and psychological trauma she suffered on that fateful night.

After all that Alison Botha has been through, it is a miracle that she is still alive today. Her personal resolve to save her life is the reason she is breathing today, and that's why she has devoted her life to helping others find the strength to keep going forward even when life seems hopeless.