A mother elephant was saved after the vets performed CPR by jumping up and down on her chest. The inspiring moment happened in Thailand, and the daughter watched as the rescue team did the impossible to save her mom. 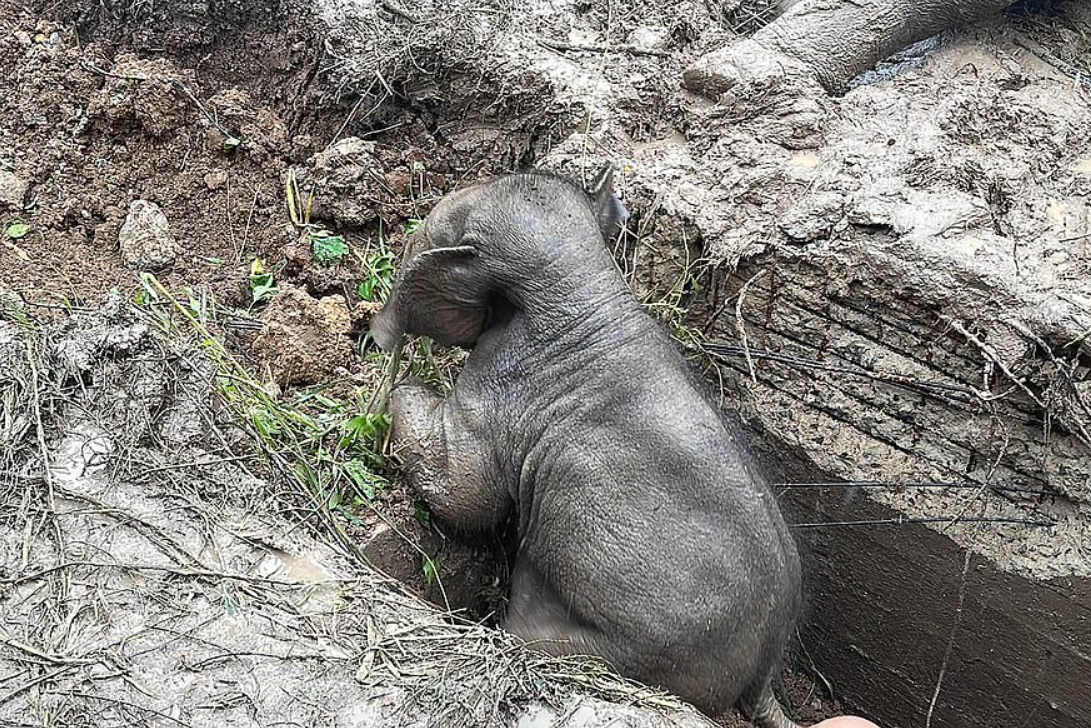 The 10-year-old and her baby slipped into a concrete drain amid heavy rain in Nakhon Nayok, central Thailand. 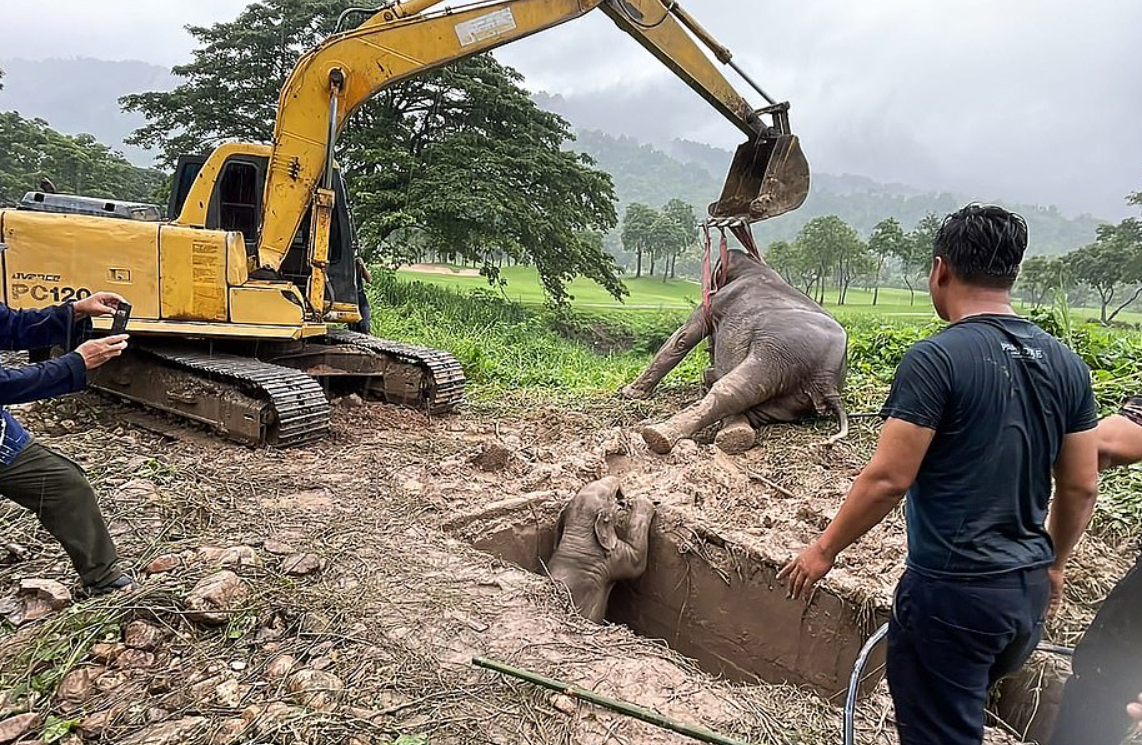 The pair slipped into a 7ft-deep hole since the rain turned grass wet and muddy.

The monsoon rain made the rescue mission quite difficult. The elephant mother hit her head, and her life was in danger. The veterinarians used a cherry picker to pull out the massive mammal. 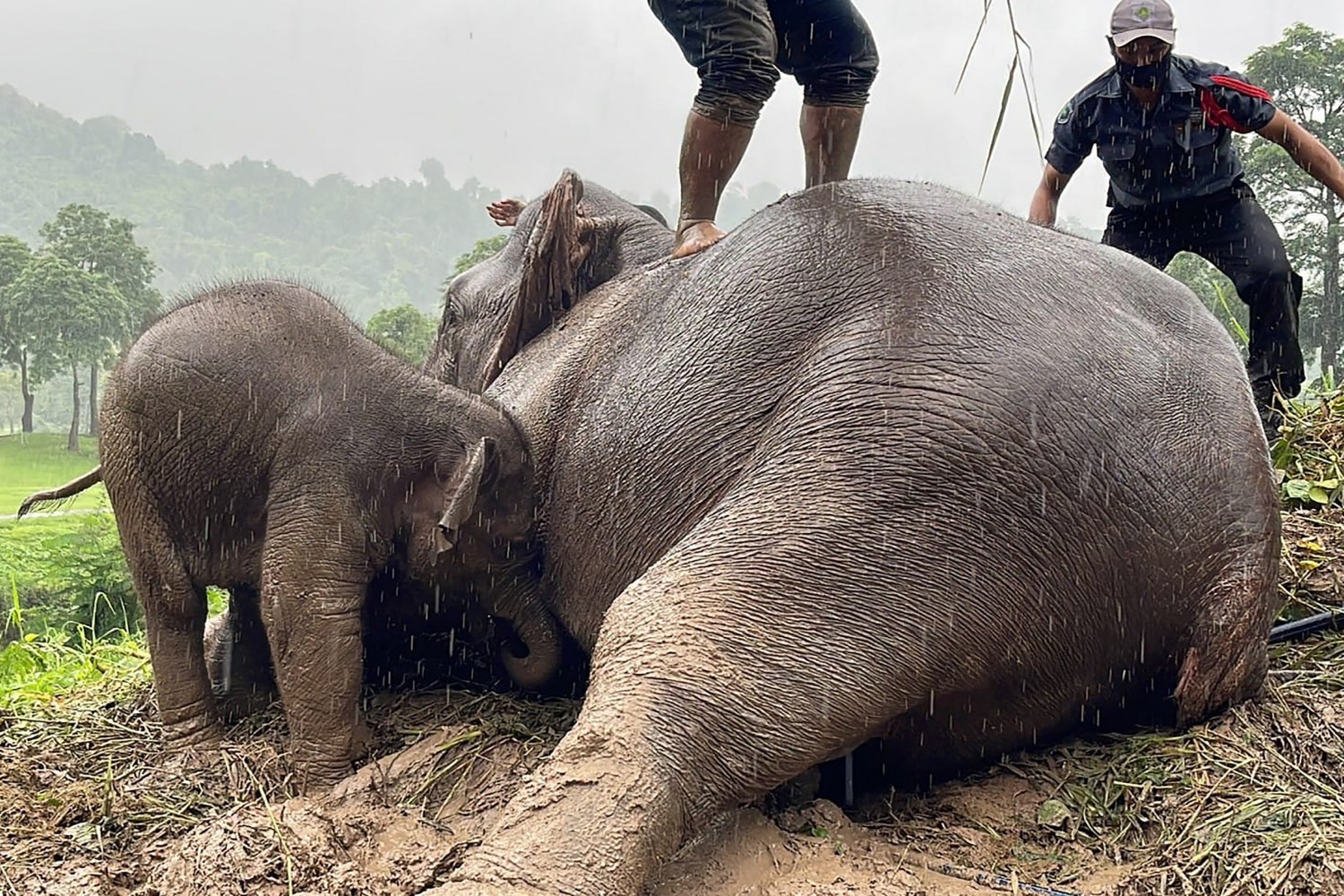 The photos show a worrying one-year-old calf looking at its wounded mother.

"'It was impossible to get near the baby while the mother was nearby, so we gave her three doses of tranquilizers, but she moved towards her baby before passing out and hit her head." 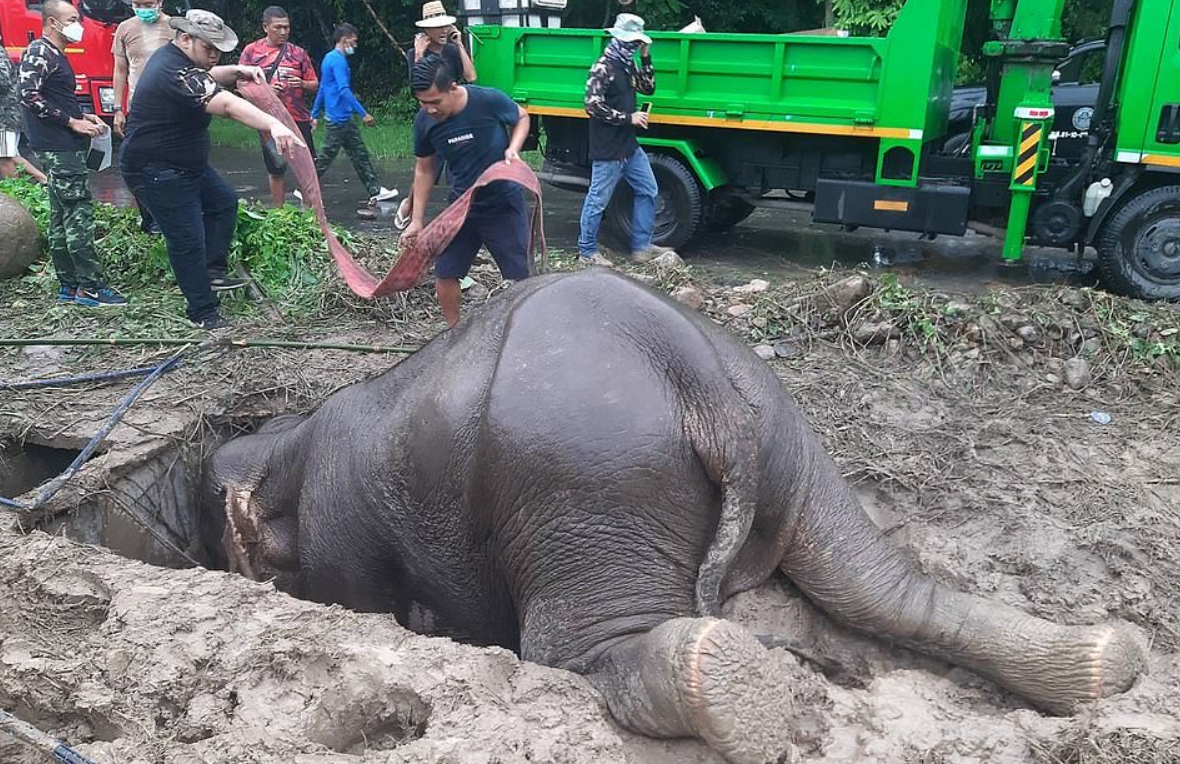 The doctor added that the mom "regained consciousness after being stimulated by both the baby and me." 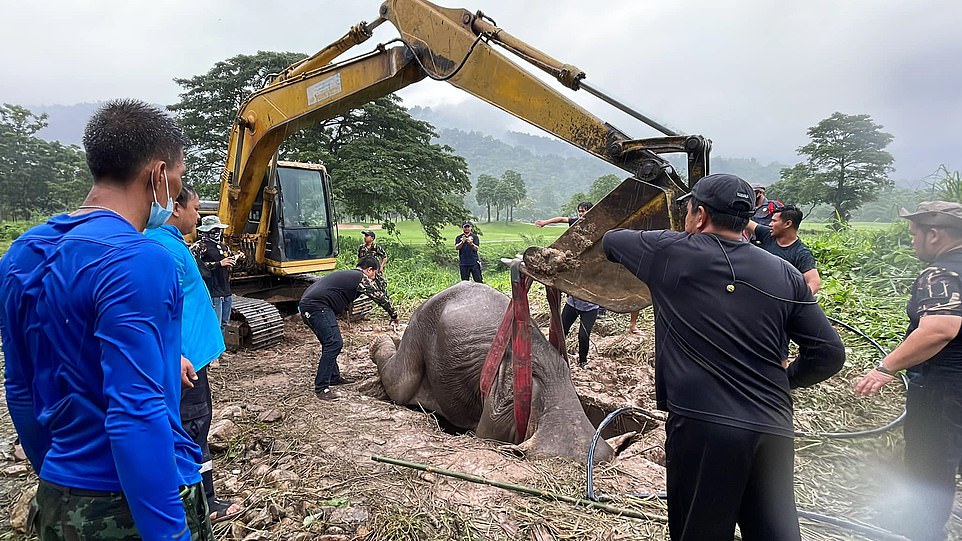 Park rangers feared the mother would call the herd if they tried pulling her baby first. So, they called the vets.

As soon as the team arrived, they secured the place from a potentially dangerous herd. 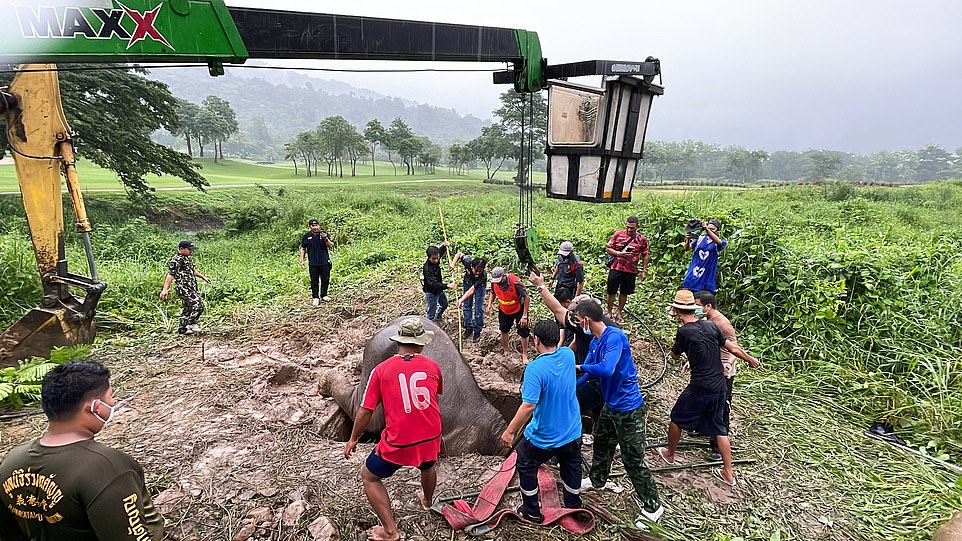 The mom was passed out as the baby elephant drank milk, which gave the rescue team some relief. 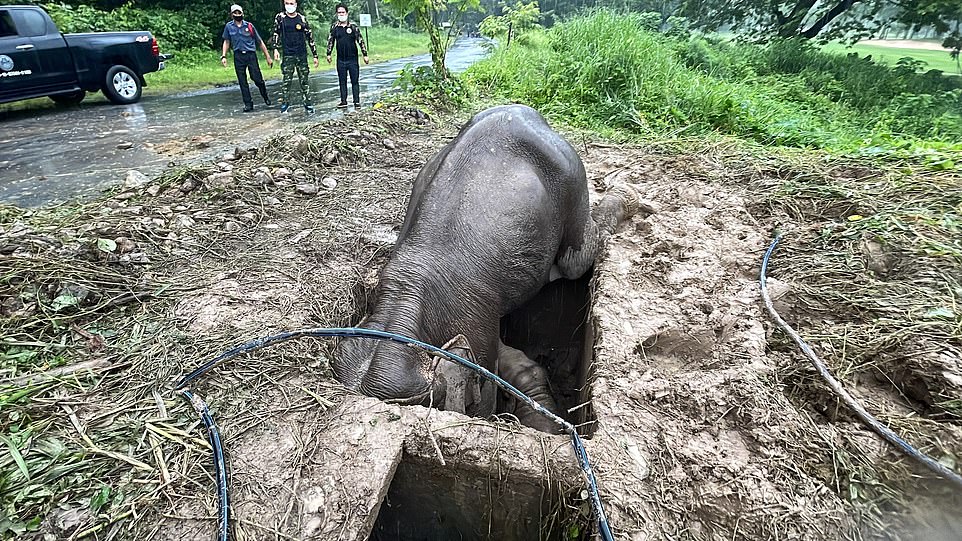 With the crane, the crew pulled out the mother and started CPR by jumping up and down. The vets needed to wake the elephant since she had suffered a brain injury. 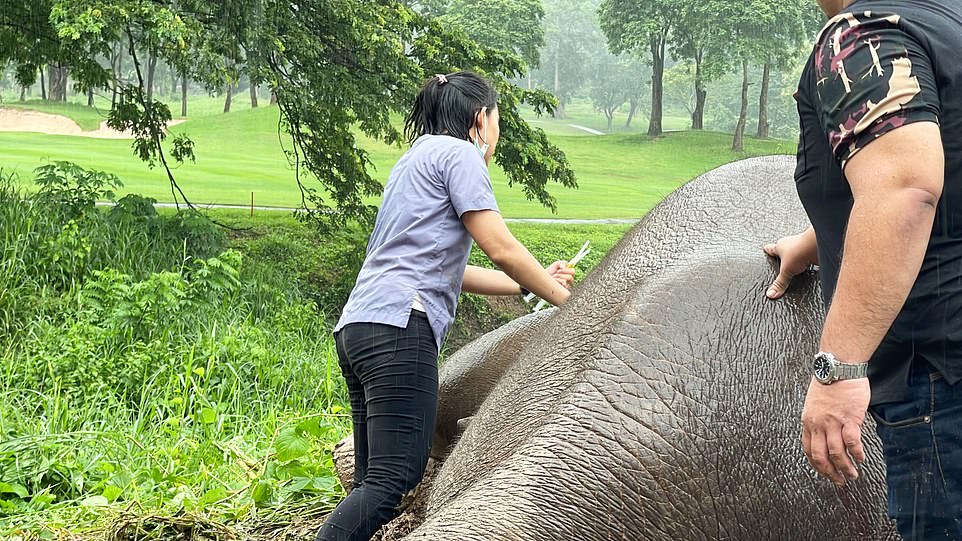 Dr. Chananya was among the people who guided the mission, and her emotional face said it all. She was mesmerized by what had happened:

"Despite the obstacles, the mother did not leave her baby's side." 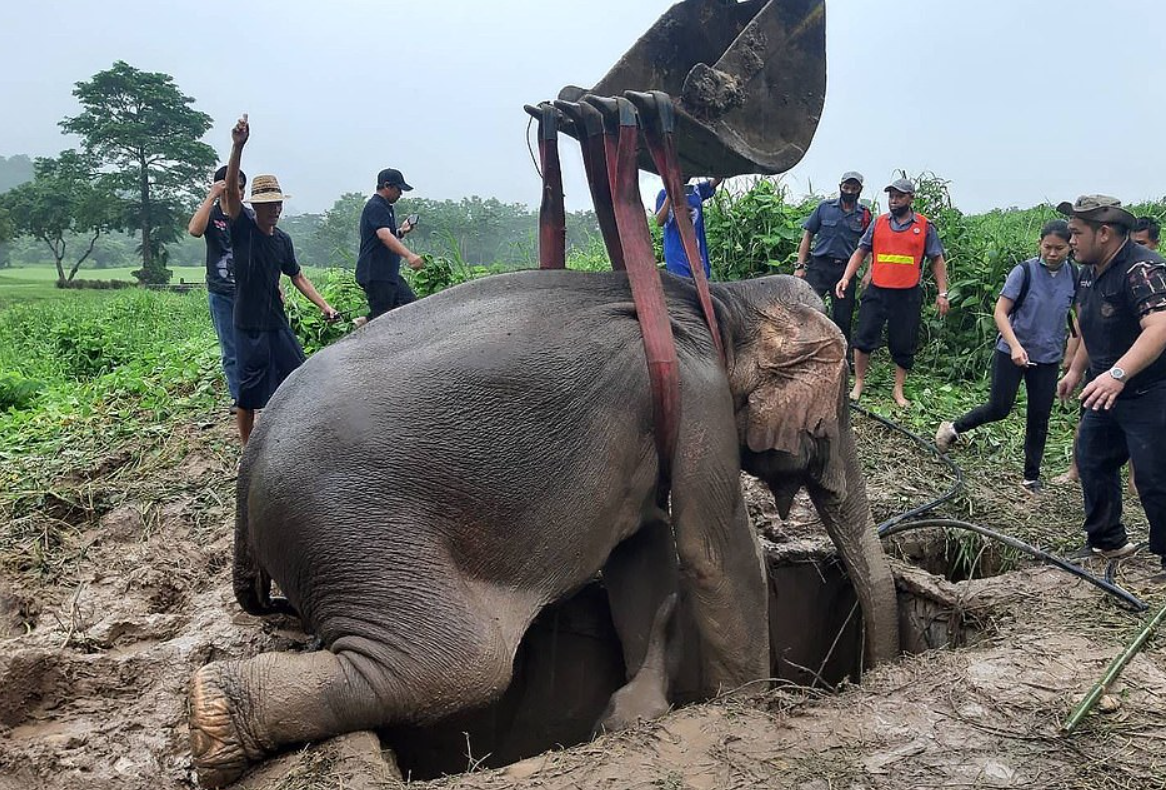 "This experience touched our hearts and will be one of the most memorable rescues we've done." 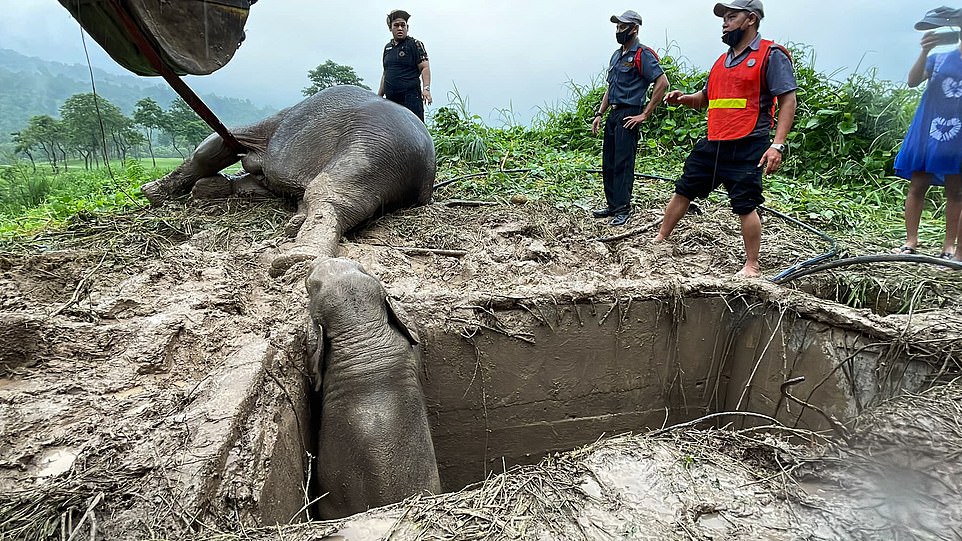 The vet confirmed that "mother and baby are safe" and thanked people for the "hard work of all parties involved in the rescue." 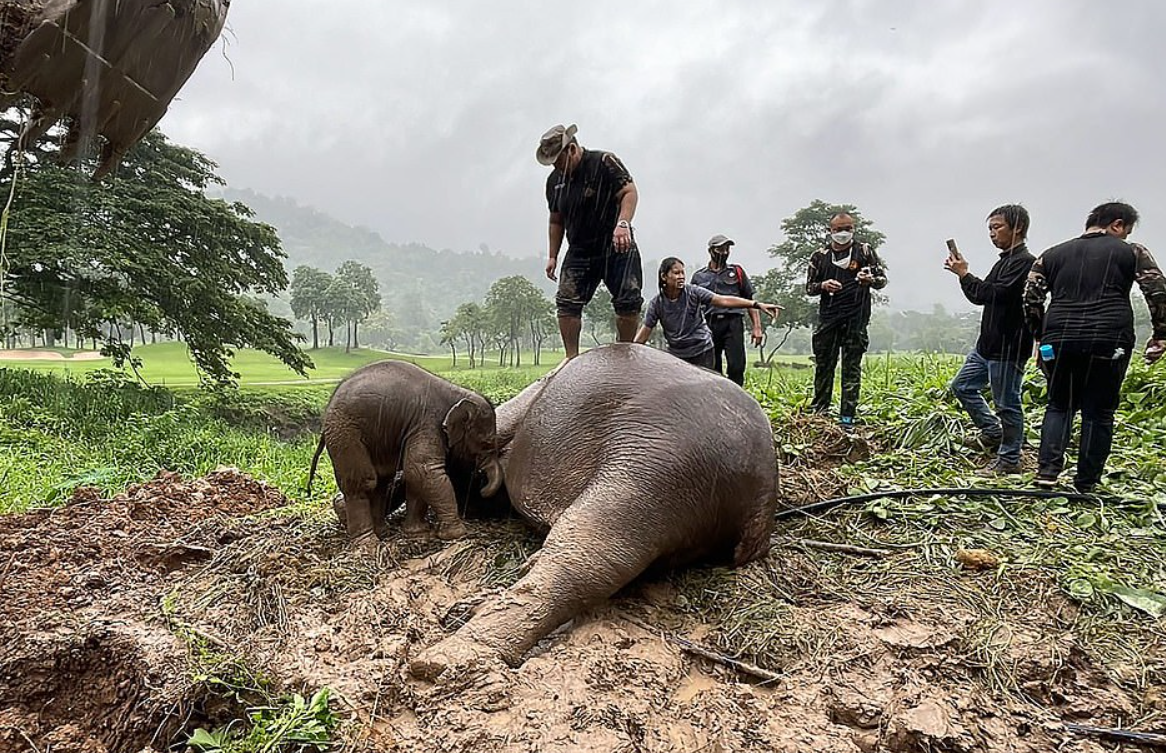 Around 4000 elephants live in Thailand. Half of them are n animal camps, zoos, and sanctuaries, while the rest live in national wildlife parks. 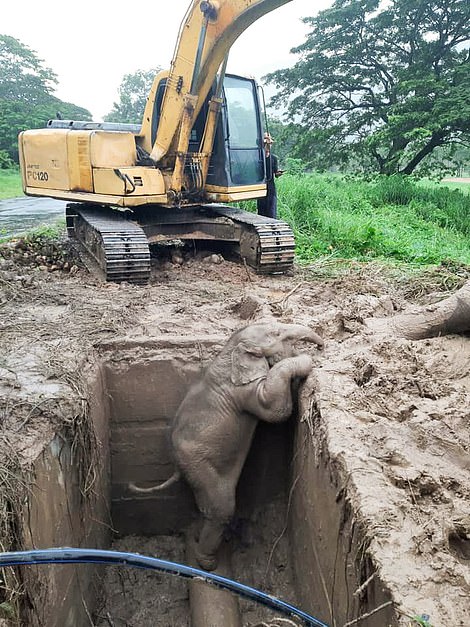 Here is a clip of the unusual rescue: 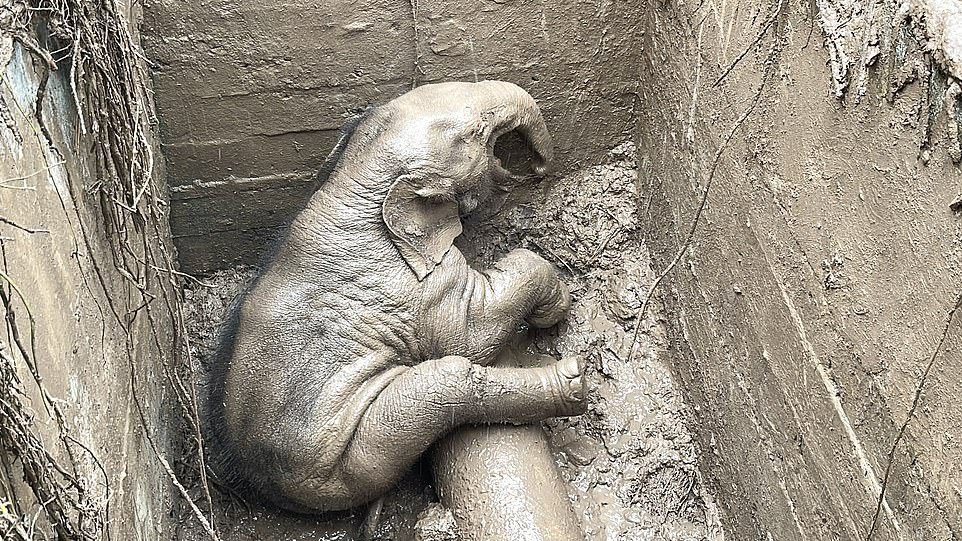 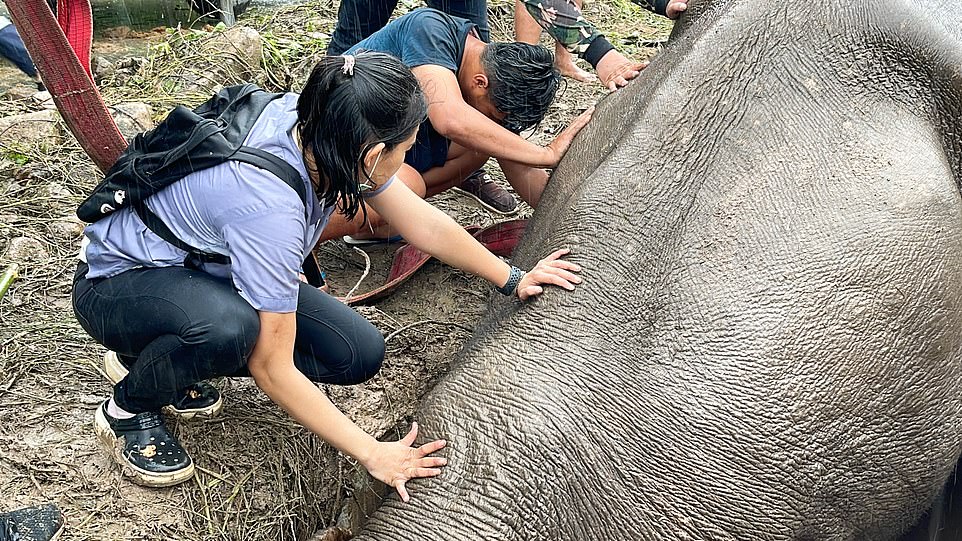 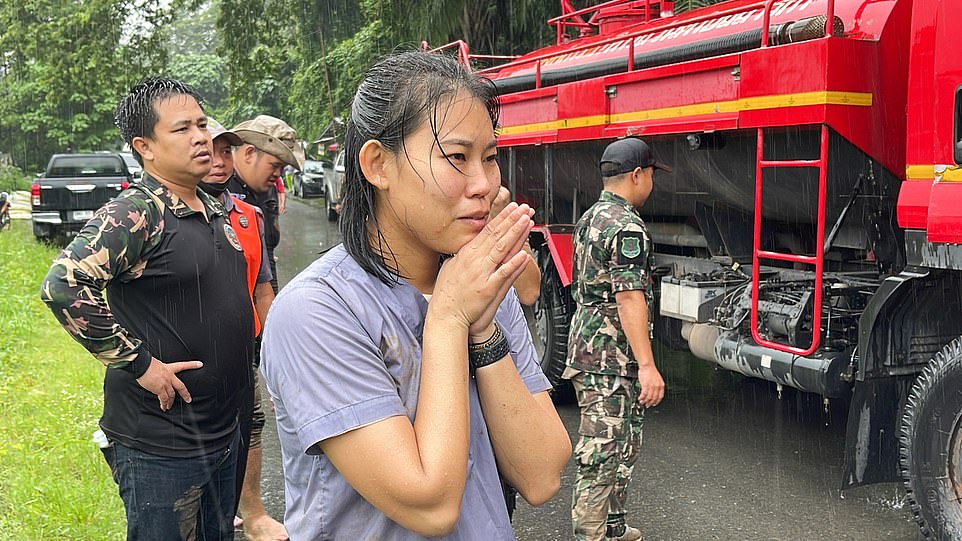 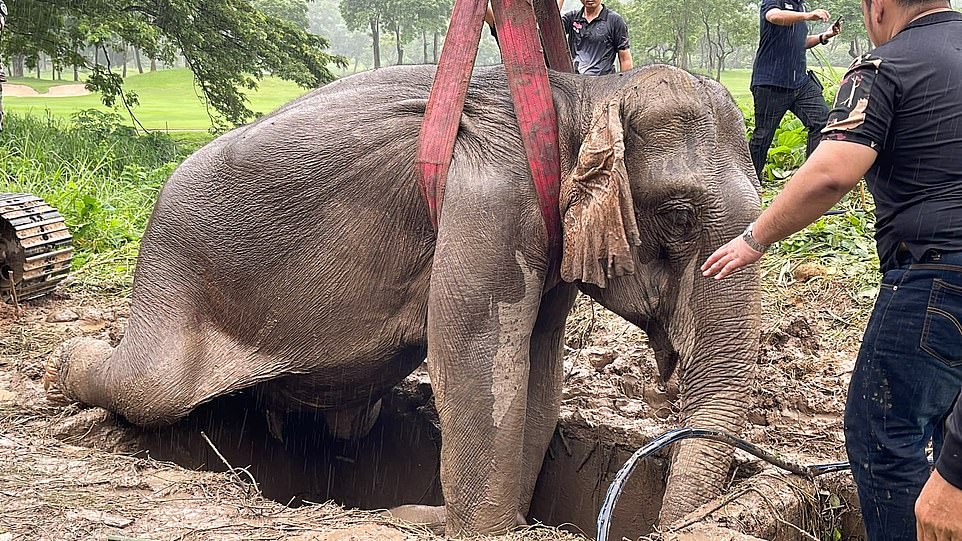 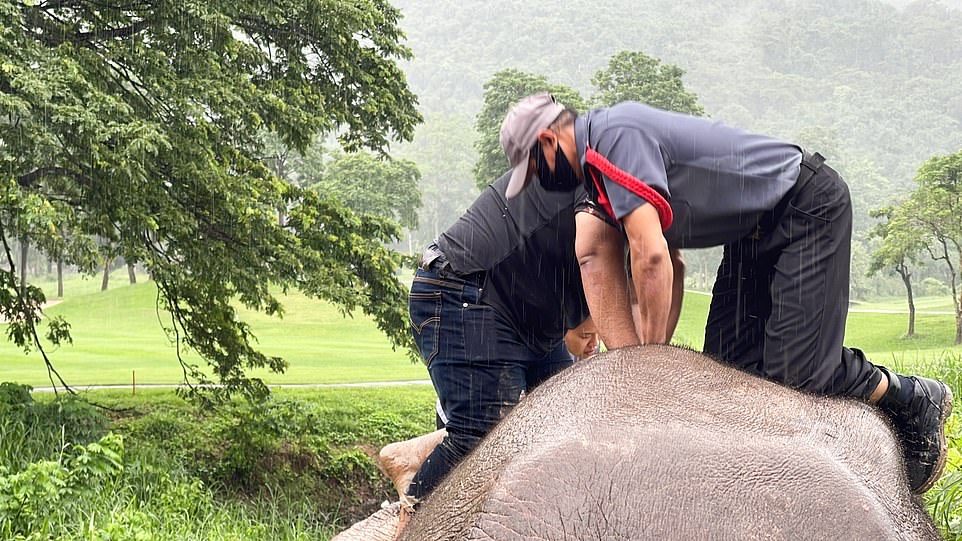 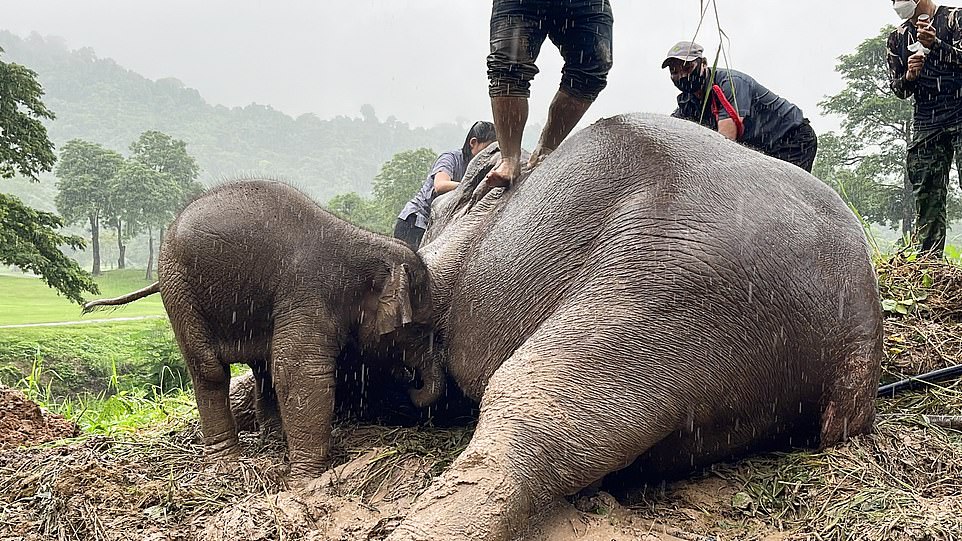