Today, many people agree that Cairo (pronounced "Care-O") will never be what it was during its glory days due to the racial tensions and riots that destroyed the town decades ago.

If you went to Illinois' Cairo town today, you would never guess that it was once a busy and lively transportation hub in the 1900s. Nature has taken over, with many buildings in the old town already covered by overgrown plants.

The worst part is that Illinois' Cairo town has no hope of ever making a comeback after all those years of neglect. Its former glory has long been forgotten, and people only remember the city for its ugly past of racial violence. 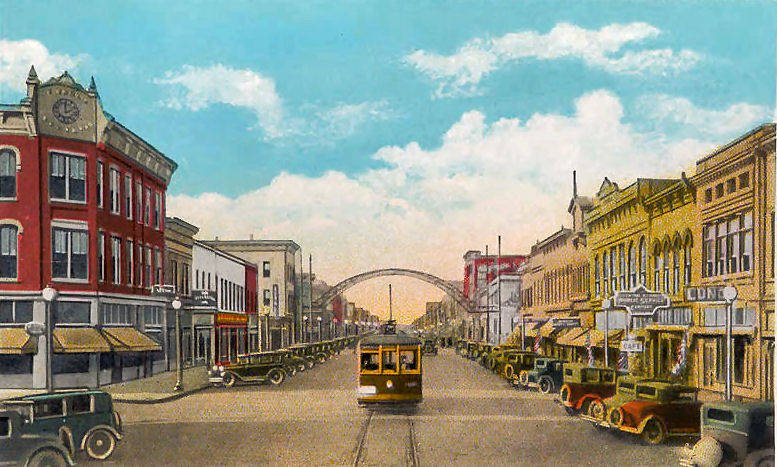 Cairo was founded at the junction of the Mississippi and Ohio rivers. It attained its economic peak in the 1920s. Long before then, French traders arrived at the town in 1702, but Cherokee Indians stopped them.

In 1817, a man known as John G. Comegys purchased 1,800 acres of land at this location and named it Cairo after the Egyptian city bearing the same name.

Comegys planned to turn Cairo into one of the greatest cities in America. Unfortunately, two years before his plan could be actualized, he passed away.

The only legacy he left behind was the city's name.

The town's fortunes changed in 1837 after Darius B. Holbrook arrived in Cairo town. He helped the town to experience its first years of substantial growth.

He helped construct a shipyard, many industries, a hotel, homes, and a farm.

Nevertheless, Cairo was susceptible to flooding, which created permanent residents a big problem. In fact, after an initial surge in population, there was an 80 percent drop in population due to these challenges.

Fortunately, Holbrook came up with a new plan for Cairo. He decided to turn it into a station stop on the Illinois Central Railroad, completed by 1856.

Within the next three years, Cairo experienced significant growth and turned into the base of Alexander County. Various commodities like sugar, wool, cotton, and molasses were shipped through the port Halbrook had created. 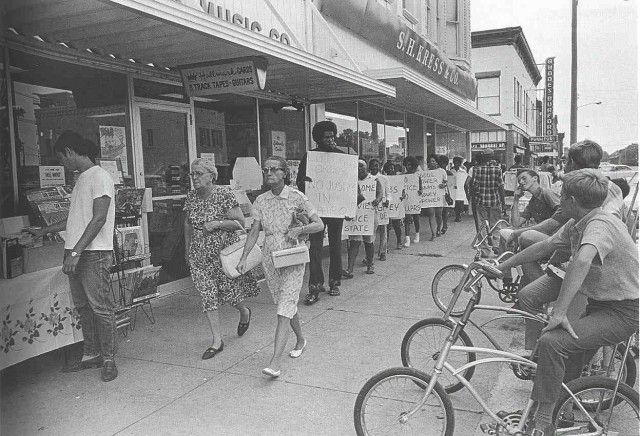 The population of Cairo was 2,200 people when the Civil War started in 1891. In the same year, General Ulysses S. Grant set up Fort Defiance on the town's peninsula.

It served as a naval base and a supply depot for his army. The location has been chosen for its strategic location.

Soon, Fort Defiance had 12,000 soldiers, forcing a lot of the town's trade to be diverted to Chicago.

In the meantime, African-Americans were escaping from the south and going to Illinois, which was a free state. For this reason, over 3,000 of them settled in Illinois' Cairo town.

With the population boom and a growing economy, the town had the potential to turn into a major American city. Some went as far as suggesting that Cairo should become the capital of the United States.

However, when the war ended, the soldiers left because they did not like the humid climate and the muddy land susceptible to flooding. 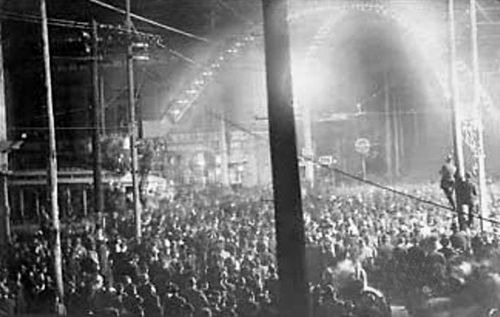 Even though many people left Illinois' Cairo town after the end of the Civil War, the town did not stop growing, thanks to the plants, mills, and other manufacturing businesses.

Towards the 1890s, the town got connected to water and railroads. It became an important way station for many large cities.

Many wealthy people were also attracted to the town, and they started to build huge mansions along a street known as Millionaire's Row.

Unfortunately, segregation of the Blacks, who made up 40 percent of the residents, began as the town grew. For this reason, African-Americans had to build their own schools and churches.

They also ended up serving as the town's source of cheap unskilled labor. Due to these social injustices, they were also very active in strikes, unions, and protests as they sought equal rights regarding education and employment.

This marked the beginning of the racial tension and violence that ultimately destroyed the once-promising town.

In 1909, racial tensions peaked when William "Froggy" James, a Black man accused of raping and murdering 24-year-old Annie Pelley, a white woman, was lynched by an angry mob.

The sheriff tried to hide him in the woods so he could face trial, but people were able to get him and hang him publicly.

During the public execution, the rope snapped. The mob then shot Froggy multiple times, dragged him using a rope for a mile, and then torched him. People also took parts of his body as souvenirs.

Another prisoner was also taken from his cell, brought to the town center, lynched, and also shot. The governor unsuccessfully tried to get things under control.

In the following year, in Illinois' Cairo town, a sheriff's deputy died at the hands of an angry mob trying to kill a Black man who had stolen a white woman's purse. 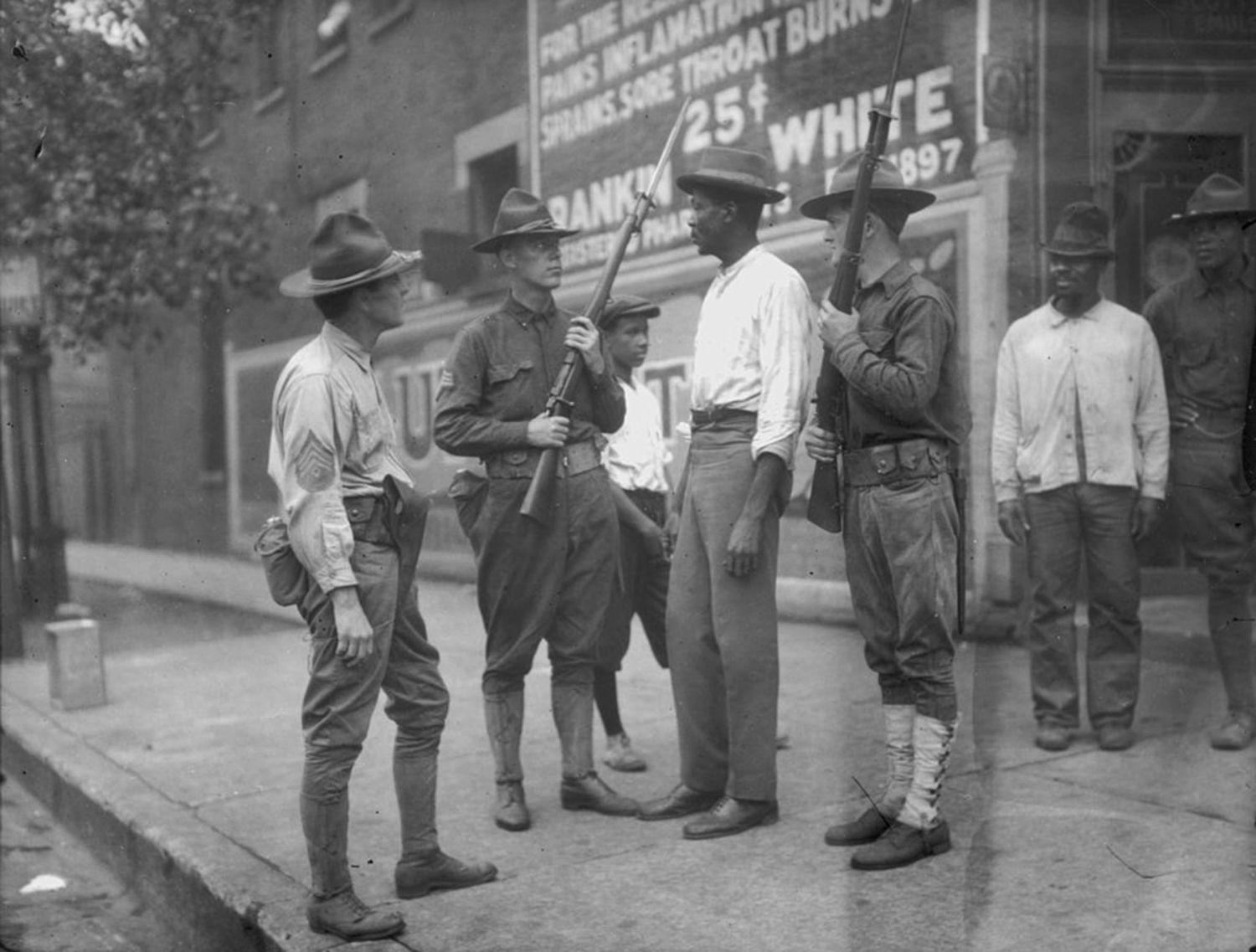 Things got worse over time, and by 1917, Illinois' Cairo town earned the reputation of having the highest crime rate in the state. This state of affairs persisted for over two decades, and when the Great Depression hit, residents started leaving the town for good.

Nevertheless, the end for Illinois' Cairo town had still not come. After the Second World War in 1945, there was a significant attempt to introduce racial equality in Cairo.

Black teachers filed a lawsuit in federal court demanding equal pay, and the famous Black lawyer who argued the case, Thurgood Marshall, was regularly called "boy" by the judge and the defense team.

In the 60s, complete segregation had taken place in Illinois' Cairo town. No white businesses could employ a Black person, and banks refused to hire Black residents.

In 1967, a Black soldier named Robert Hunt, aged 19, died under suspicious circumstances in his jail cell after being arrested for disorderly conduct. The police said that he had hanged himself with his T-shirt.

This marked the beginning of the end of Illinois' Cairo town. There were three days of riots after Hunt's death in jail.

When Blacks protested the death, white vigilante groups rose against them, and the National Guard had to be called into reign in the chaos. A couple of days of shootouts and firebombing in the town's streets followed.

In July of 1967, Mayor Lee Stenzel met a crowd of 400 angry whites and said he needed more time to deal with the "negro problem." 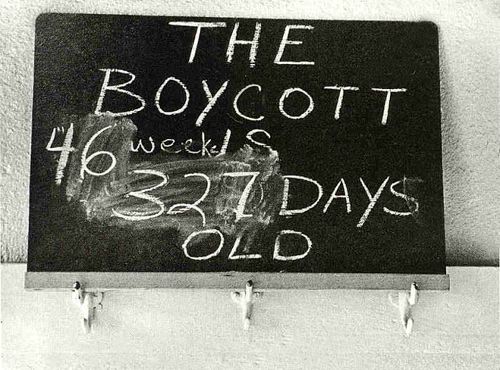 In 1969, a vigilante group called White Hats was formed, and in response, the Blacks formed the United Front of Cairo, intending to end segregation in the town.

The county sheriff deputized the White Hats, and they made sure that Blacks could not gather at parks, attend sports activities, or do other things without harassment from the police or the White Hats.

The United Front carried out a boycott of businesses owned by whites, and although the business owners stood their ground, they were forced to start going out of business.

By April 1969, Cairo looked like a war zone. And by the 70s, less than half the population that lived there in the 20s was gone. Businesses were forced to shut down or deal with crippling boycotts.

When the 80s arrived, the town was a shadow of its former self, and it has not risen above this state since then. Even today, businesses that try to set up there end up closing soon.

Illinois' Cairo town currently consists of less than 3,000 people. That is less than 20 percent of its population in the 1920s.

The town has a sad atmosphere, with nothing but empty streets and abandoned buildings that are already falling apart. Street signs are rusty, faded, and crooked, while sidewalks are cracked and full of weeds.