Swedish chain IKEA is begging you to be civilized. No, this isn't their newest ad, but a reaction to a viral video from a Chinese store.

The 16-minute long clip filmed most likely in IKEA's branch in the Tianhe District in Guangzhou, the capital city of Guangdong Province in South China.

The terrified workers and increased security are now making sure that no one else tries to pull off a similar prank.

What's going on in the video?

In a shorter, two-minute version of the pornographic clip, an unidentified woman in a half-buttoned white shirt pleasures herself in various areas of the store. From display beds to seats, nothing was sacred.

This was quite the move since the punishment in china for deliberate public nudity alone is up to 10 days of administrative detention. 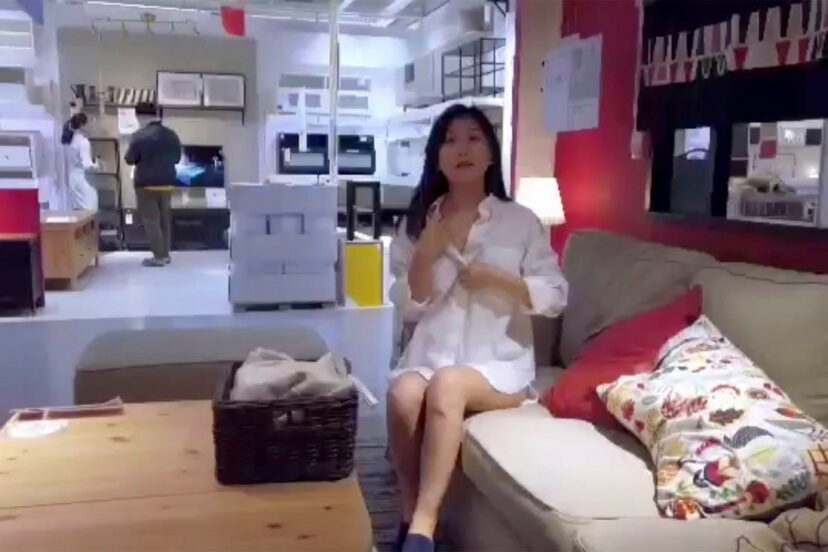 And for this video, which we cannot show you, the woman and her cameraman could face up to three years in prison. It's basically an adult movie, filmed in a public place.

Even if you're merely distributing the content, you might end up with up to 15 days' detention and a maximum fine of 3,000 Yuan (around 450 USD).

We don't know much, but we know that the woman did precisely what IKEA advertises. Some DIY.

The ashamed Swedish furniture corporation said in a statement that IKEA China was "taking the matter very seriously.

"We oppose and condemn these actions and have reported the incident to the police."

"IKEA is committed to providing home inspiration for the public. We will increase security and cleaning in order to create a safe, comfortable, and healthy shopping experience and environment."

Clearly, the video was filmed before the pandemic since the shoppers aren't wearing masks. 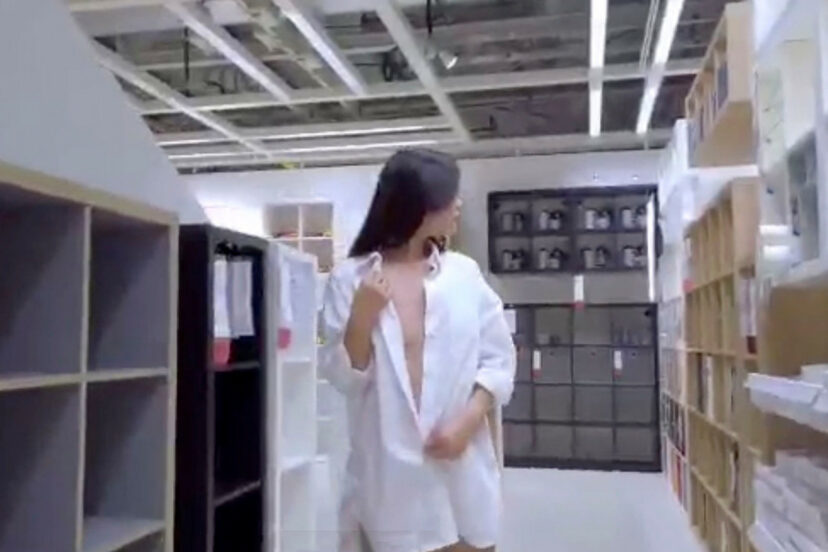 But how did it go viral now? And what's the deal with pleasuring yourself in a furniture store?

The social media users didn't have any issues with the clip. Some said that they admire the woman's courage.

"This woman is so brave, I don't understand, [she's] just doing it in broad daylight."

It's not the first time someone was having too much fun in a store. And it won't be the last.

In 2015, five people were arrested after a clip of a couple having sex in a Beijing Uniqlo went viral. According to the Chinese Cyberspace Administration, the clip 'severely violated socialist core values.'

We need answers: who's the woman, why did she do it, when and was it good for her?