If cartoon characters were to become humans magically, what would they look like? Hidreley Diao from Bored Panda used AI to transform popular cartoon characters into seemingly real-life versions of themselves, and it's spectacular!

Favorite cartoon characters from The Simpsons, Mulan, Raya, The Last Dragon, and Encanto, among many others, are on this list. There are 30 of them on this new list. Let's get right to it. 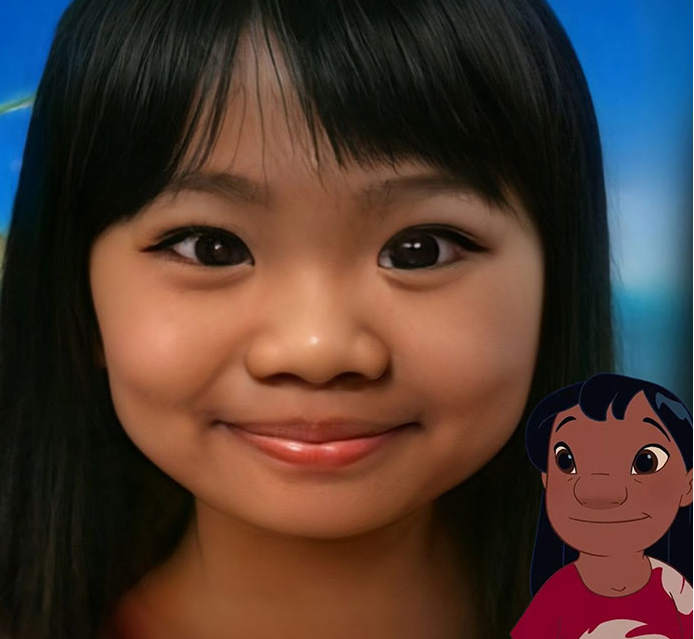 It takes Hidreley about two and a half hours to edit one image from this series, but this largely depends on the character he is editing.

Dash From The Incredibles 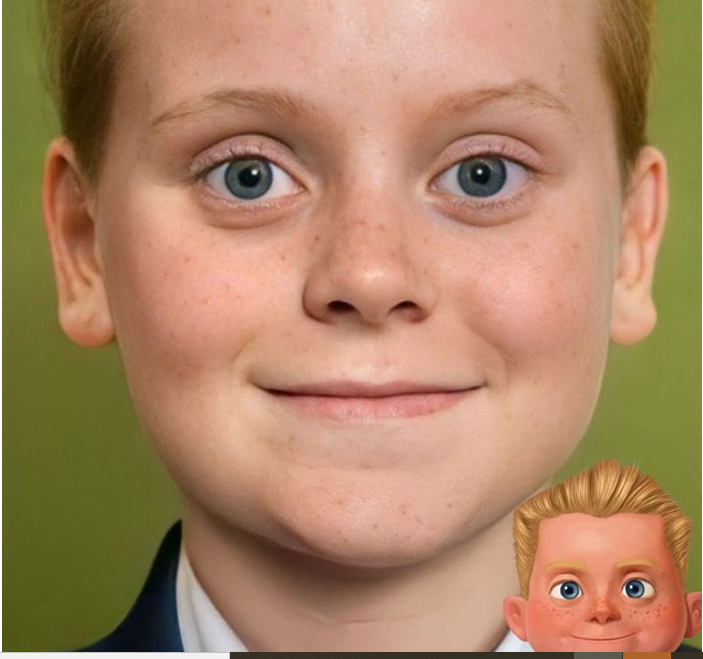 You can easily guess that this is Dash if asked what cartoon character he looks like. So accurate! 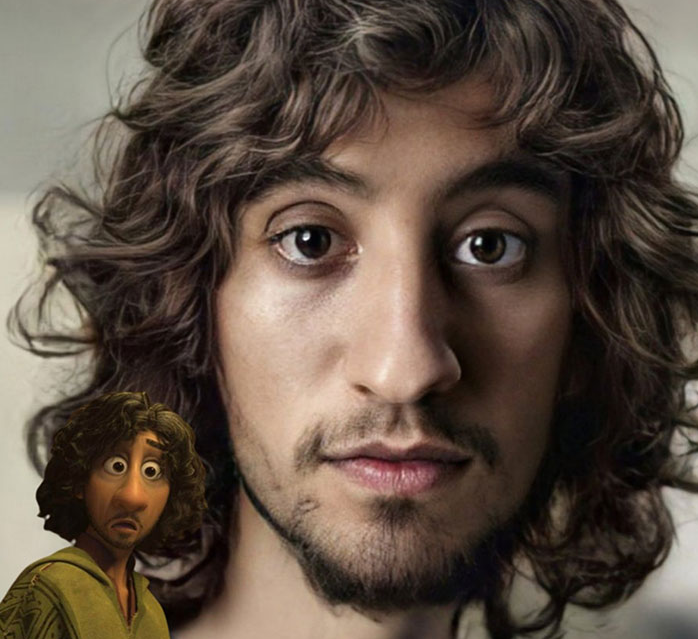 They might not talk or think about him, but we will.

While Hidreley enjoyed working on all the characters, his favorite characters to edit were from The Simpsons and He-Man. You will see what they turned out to be like in a bit. 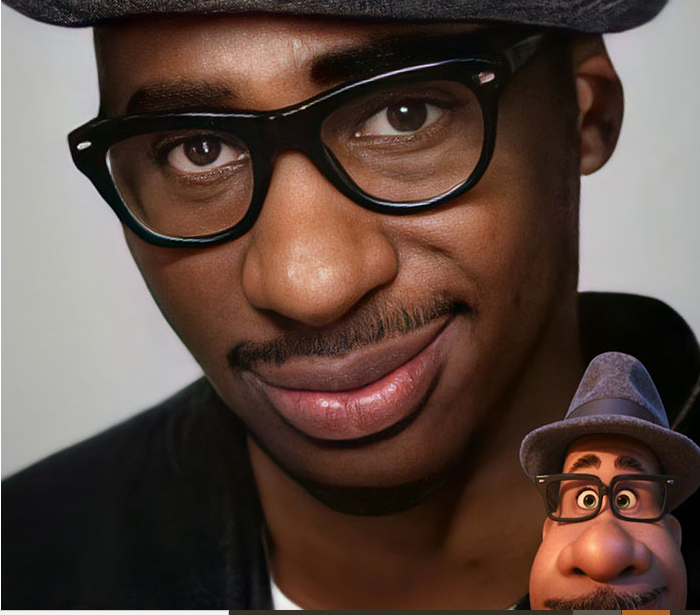 While this looks like Tupac with a different nose, it is accurate enough. A little chubbier around the chin, and he would be perfect. 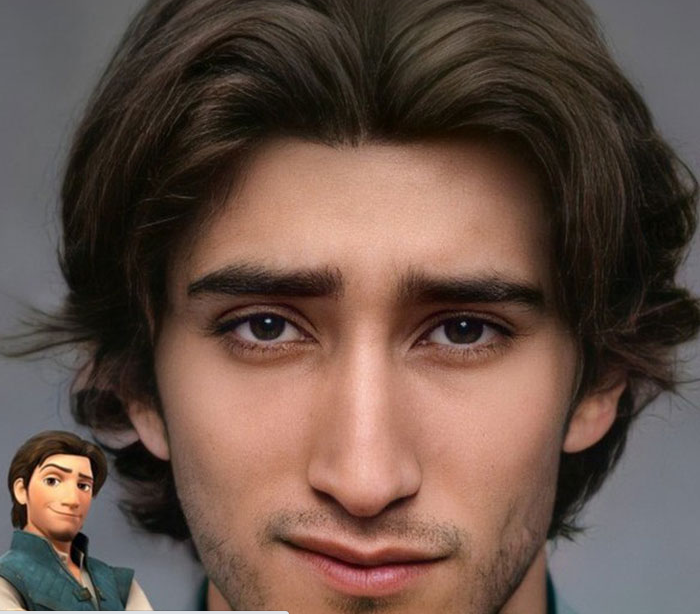 That smoldering look is on point.

The creator keeps challenging himself with other cartoon characters and sometimes listens to his fans' suggestions.

Raya From Raya And The Last Dragon 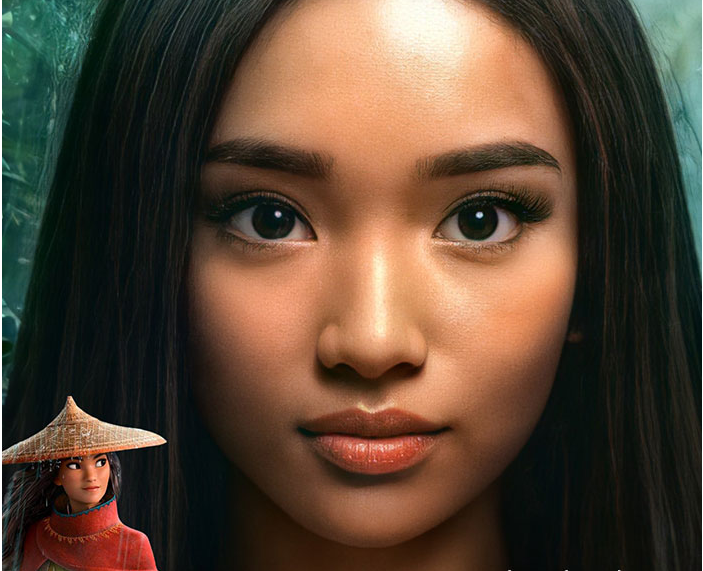 A bolder jaw and this would have been 101 percent perfect. Right now, it is at 99.

Tiana From The Princess And The Frog 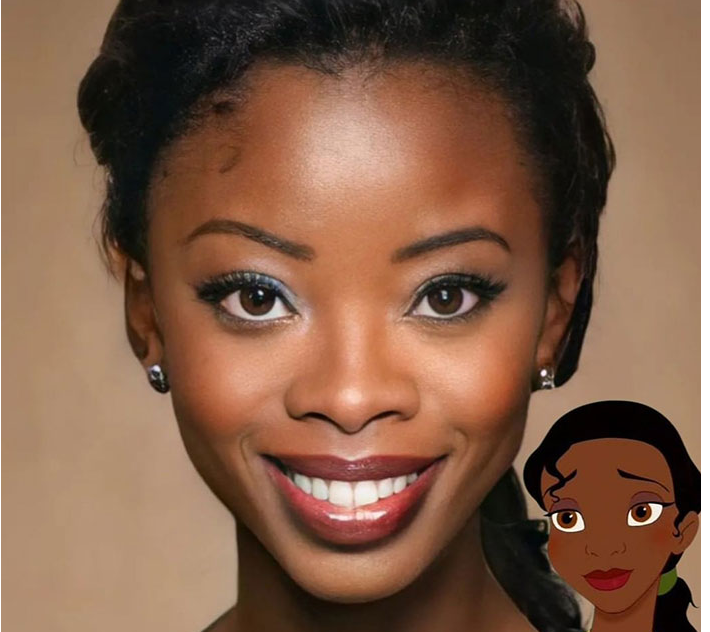 The eyes are perfect, and so is every other thing.

Working to reflect the key features of each cartoon character while trying to make them look like a modern person poses a formidable challenge. The creator says it gets tiring, but the happiness it gives viewers makes up for it. 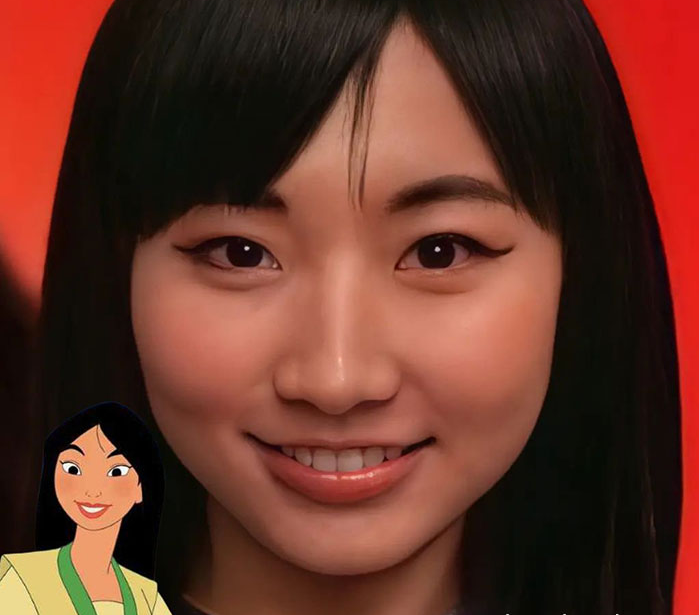 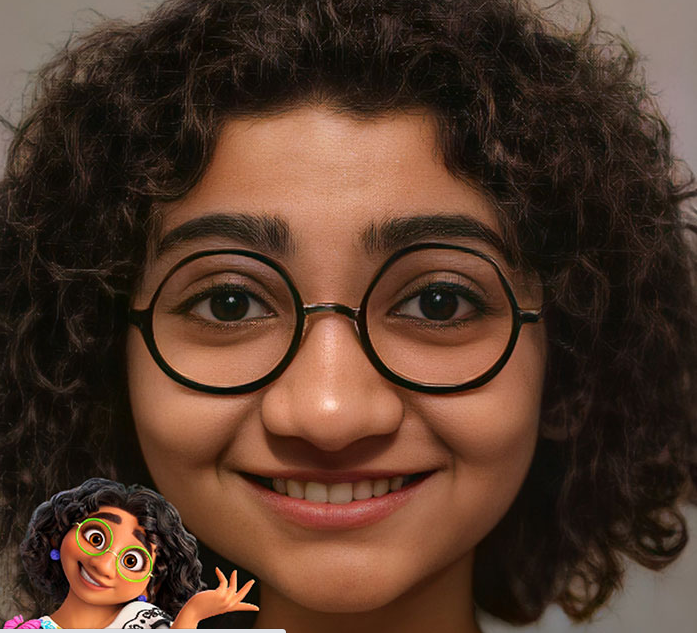 We want green glasses next time. 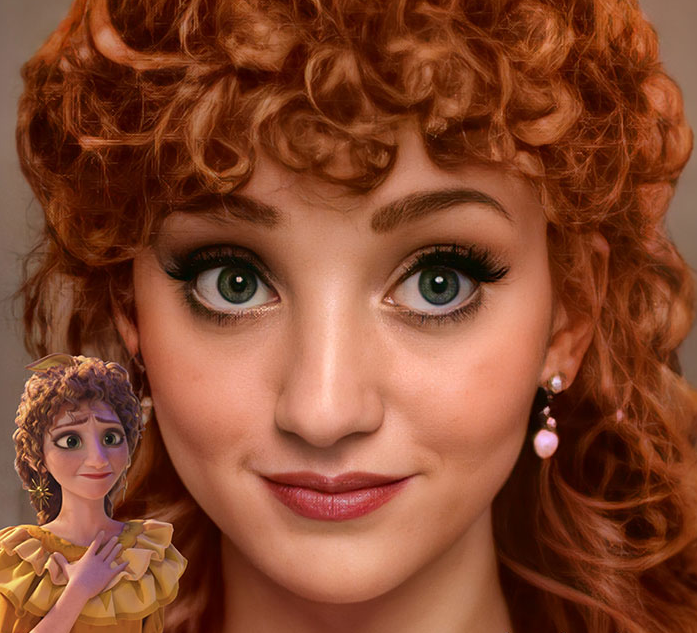 This looks like a younger version of Pepa without the lines that her constant stressful mood put on her face.

Hidreley is working on a new project about celebrities who passed away too soon. We can't wait to see what they would have looked like now had death not snatched them away.

Ursula From The Little Mermaid 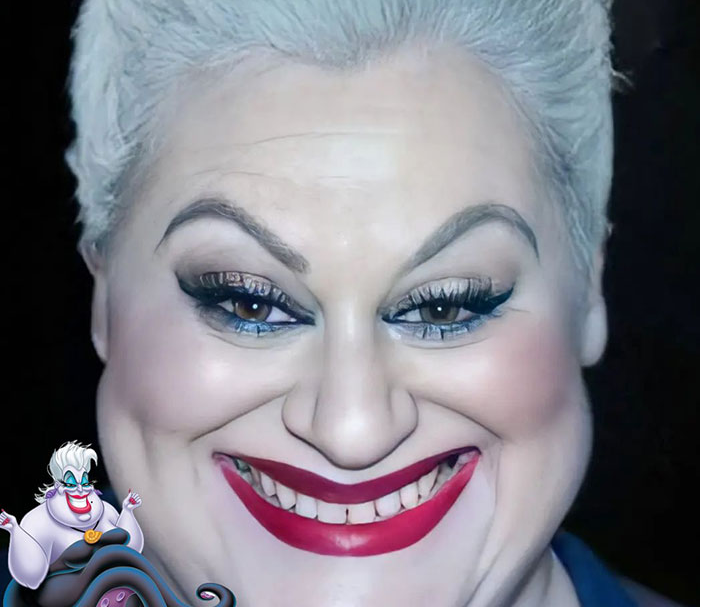 This is on point! Absolutely divine! 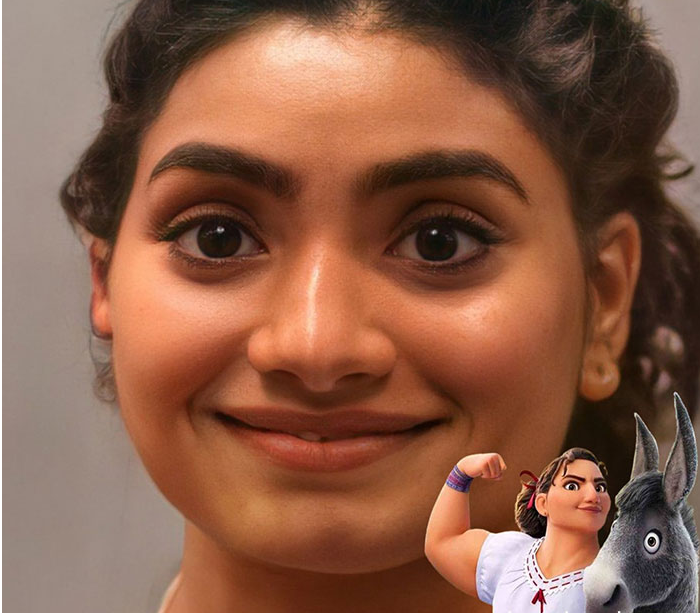 Her real-life version looks like a weightlifter if there is any look like that. Her kindness and glow are accurately portrayed. Brilliant work! 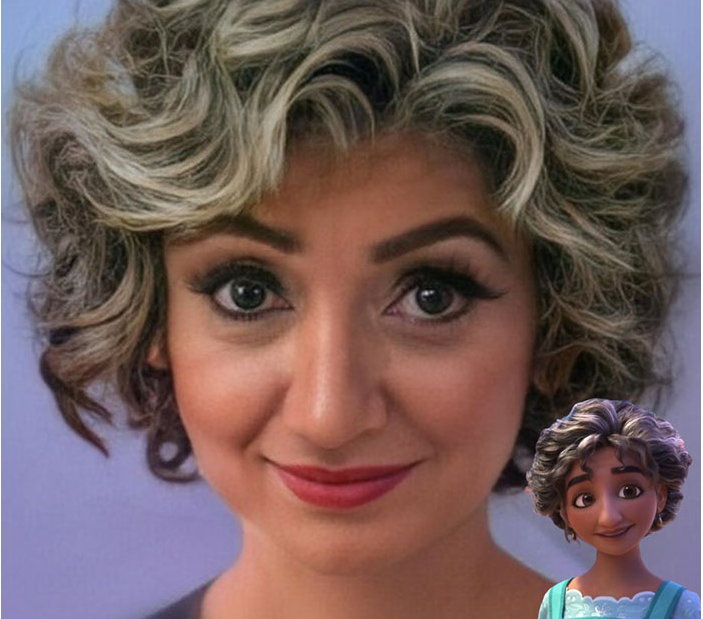 That hair was beautifully captured, and so was the slight smile.

Violet Parr From The Incredibles 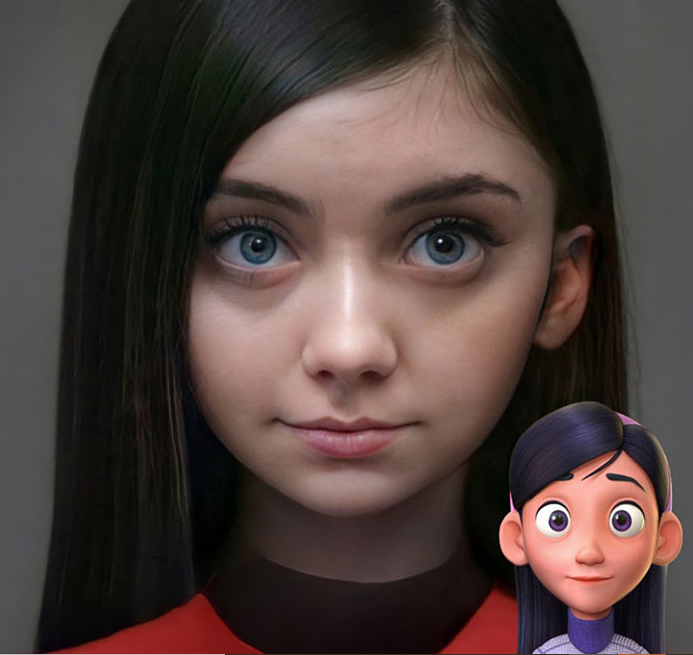 We can feel her teenage angst, and we understand why she doesn't have purple eyes—ever seen a human with one?

Homer Simpson From The Simpsons 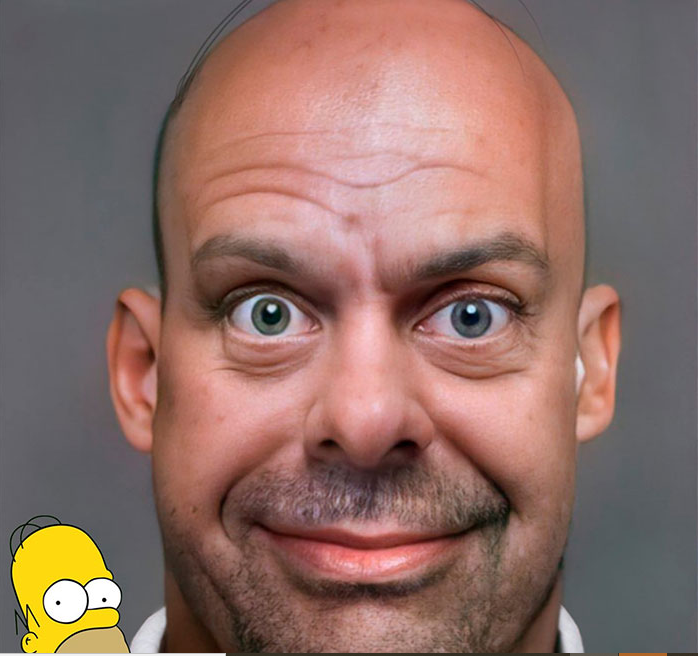 This is perfectly perfect, we especially loved the two strands of hair sitting pretty on his head. 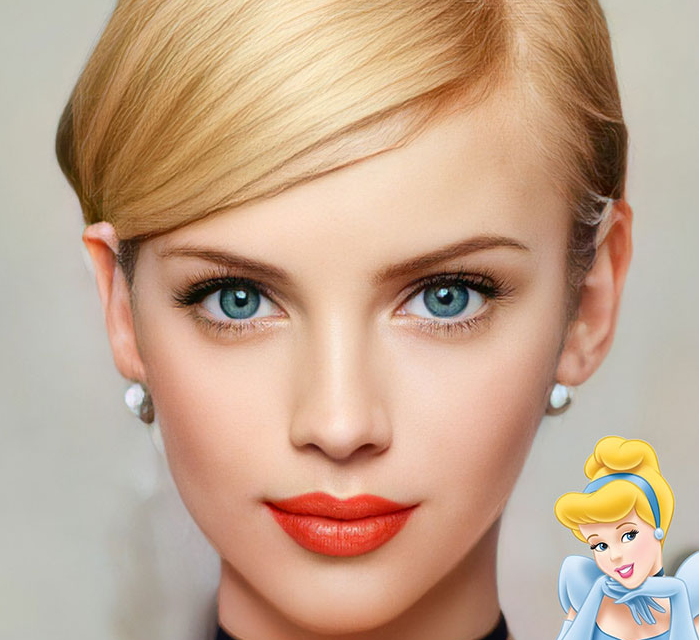 Cute! The eyes and the lips were well depicted. 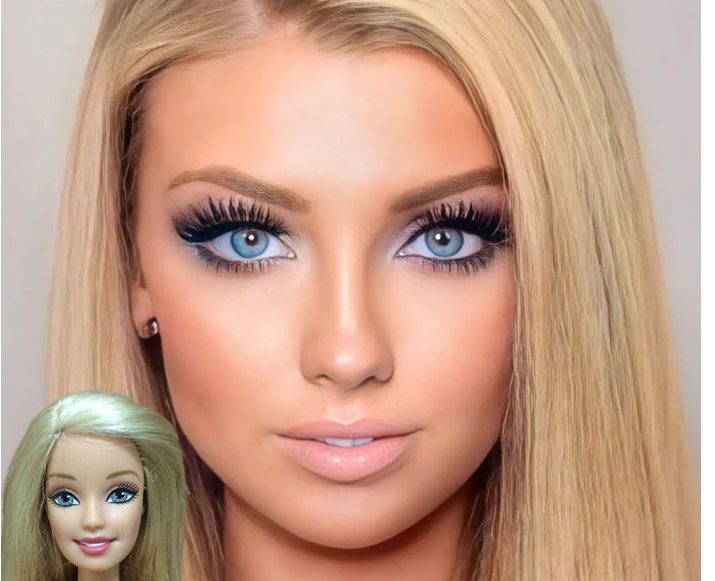 Those eyes and lashes! Too good!

The Evil Queen From Snow White And The Seven Dwarfs 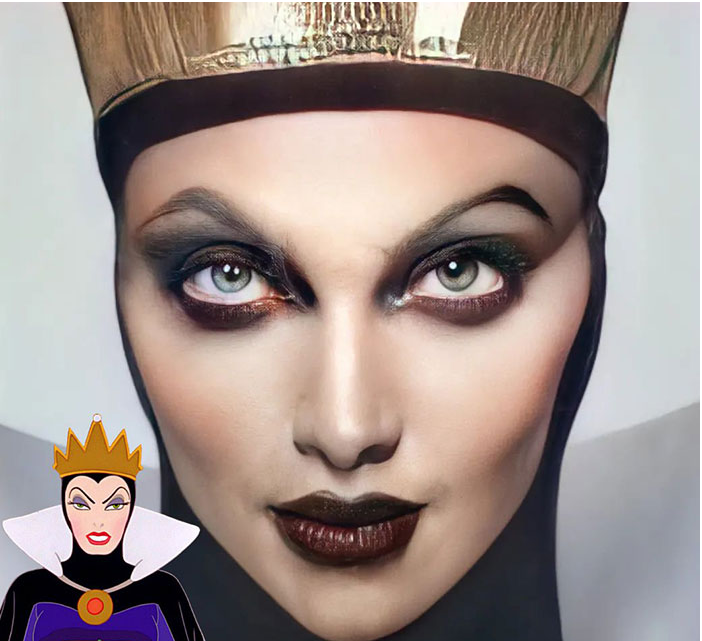 The nose, the eyes, and the brows are giving. 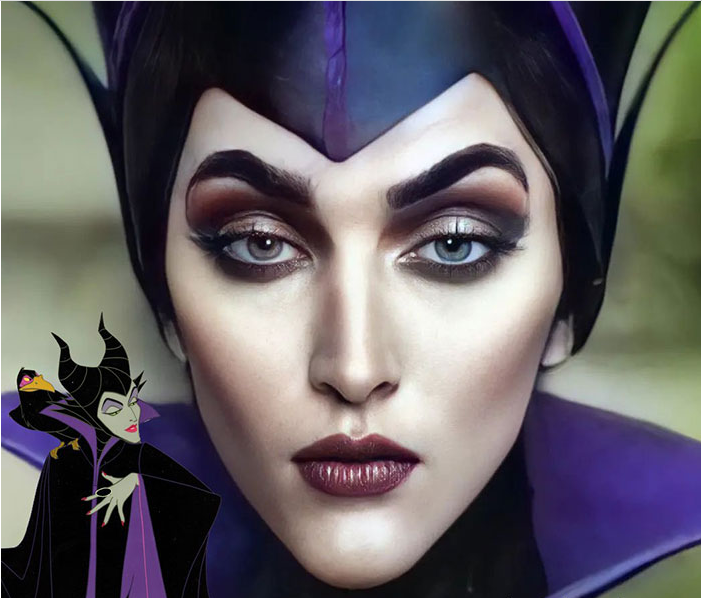 Wow! This is representing!

Peter Griffin From The Family Guy 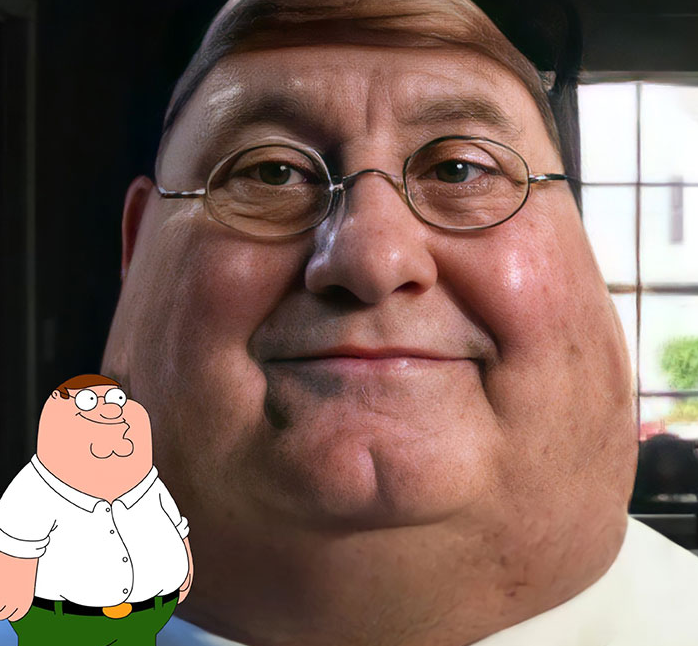 Hireley deserves his flowers. The chin is so accurate.

I feel his face should be wider with a squarer jaw, but this might be as close as we can get to real.

Prince Naveen From The Princess And The Frog 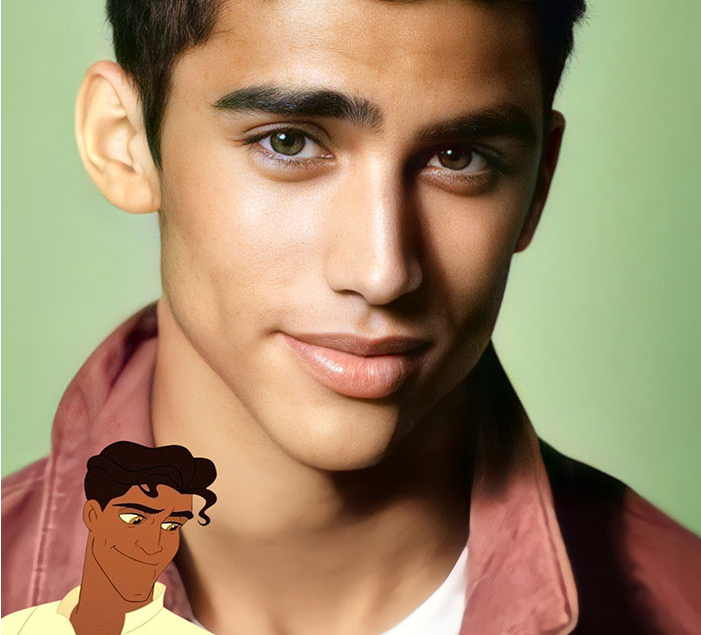 A little darker, and he would have been just right. 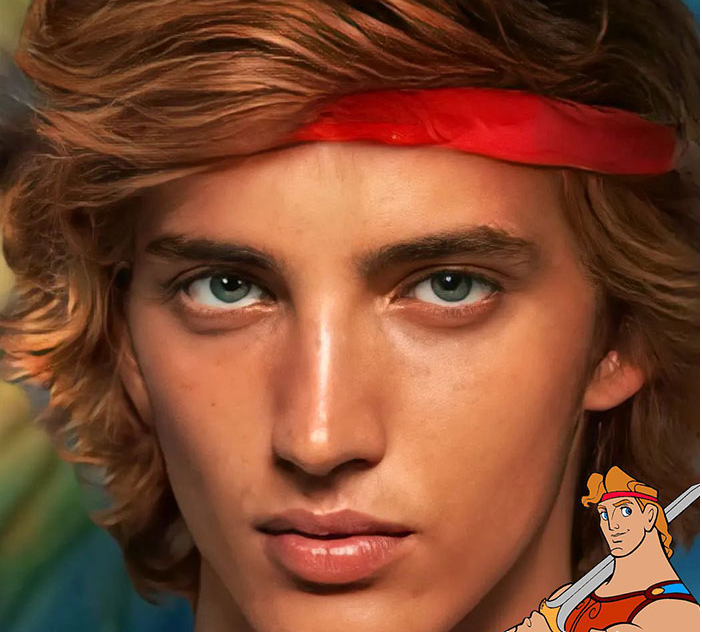 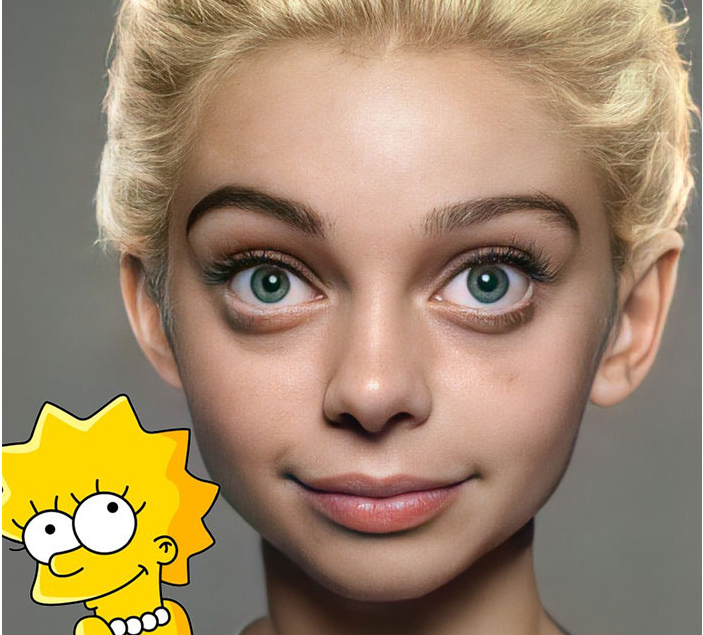 He-Man From The Masters Of The Universe 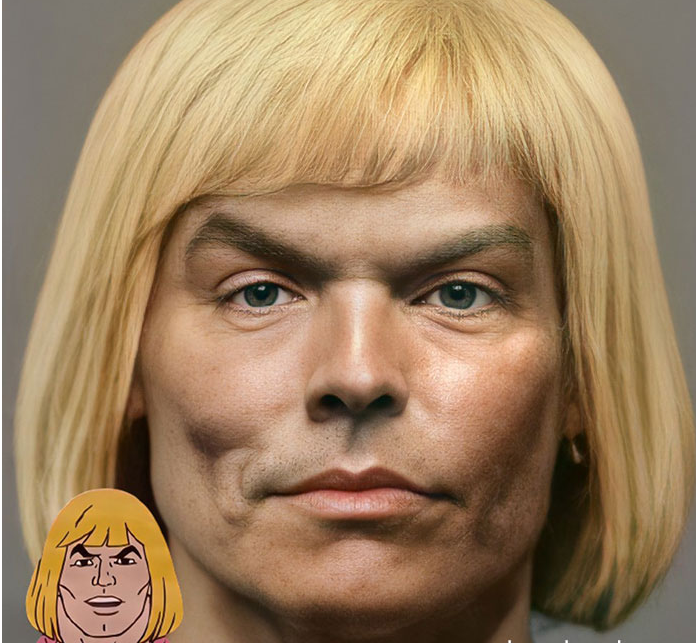 This hits all the right notes.

Belle From Beauty And The Beast 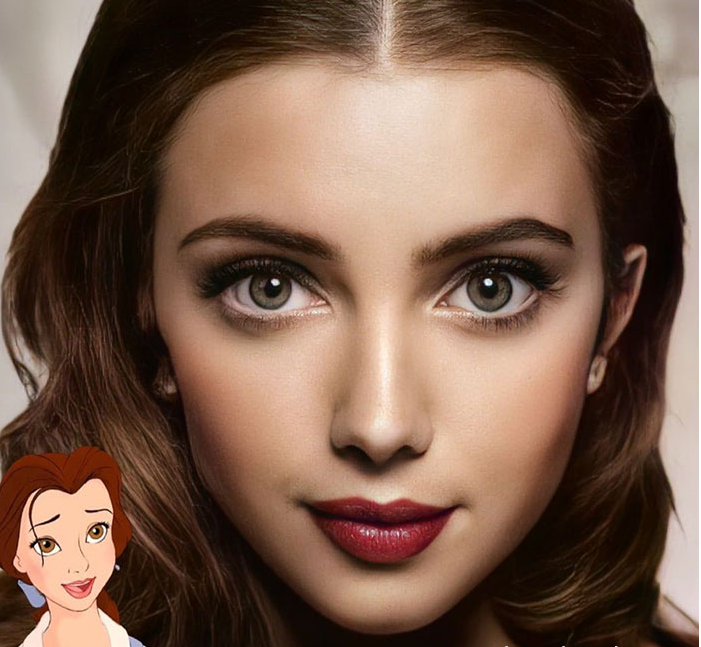 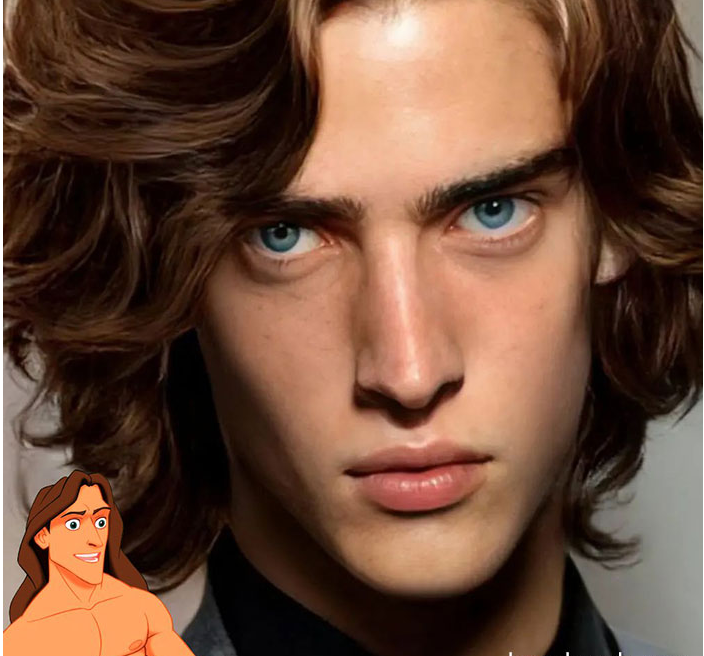 Annabelle From The Conjuring 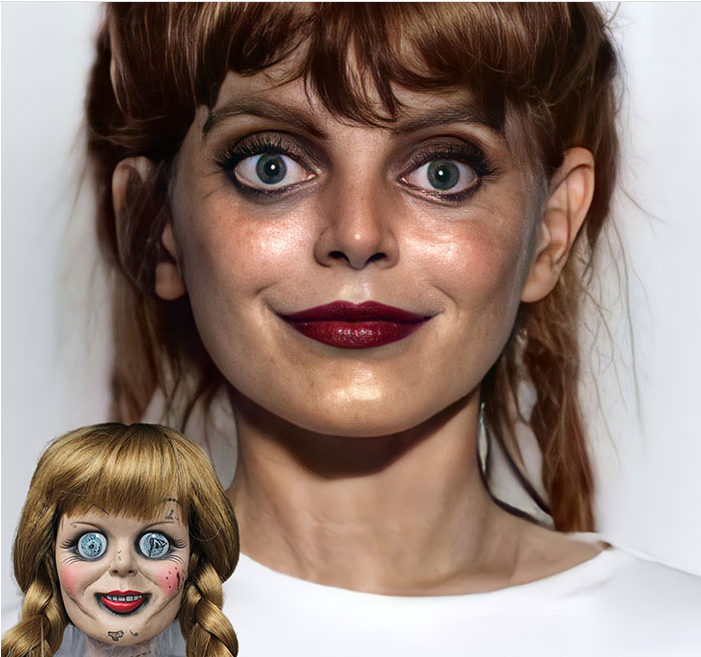 This is too real but can't be unseen or undone. 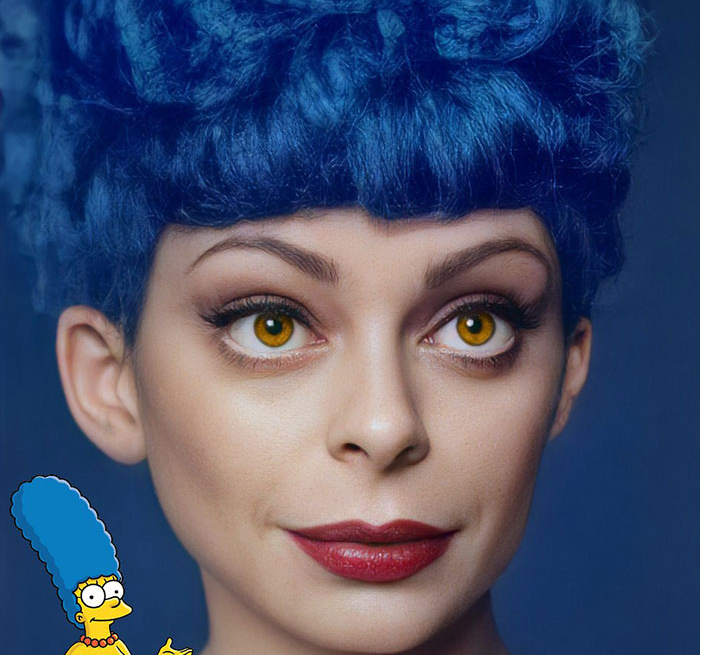 I can tell. Her hazel eyes are on point. 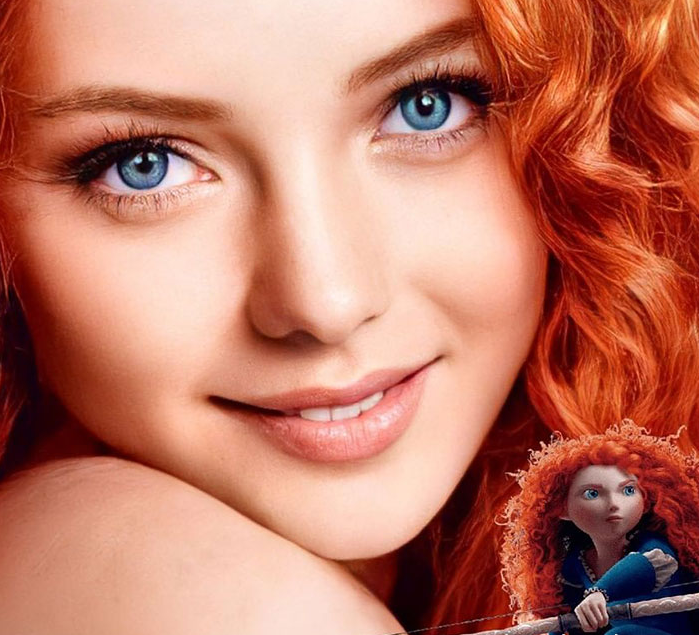 We want her to look braver, but in the meantime, this is perfect.

Seeing that his work makes many people happy has fueled Hidreley's inspiration. We hope the flame keeps burning.