British OnlyFans star Becky Holt, 34, set a new record for the most tattooed vagina in the world.

Over the years, Becky spent over $42,000 on tattoos, and she did not forget her most private area. 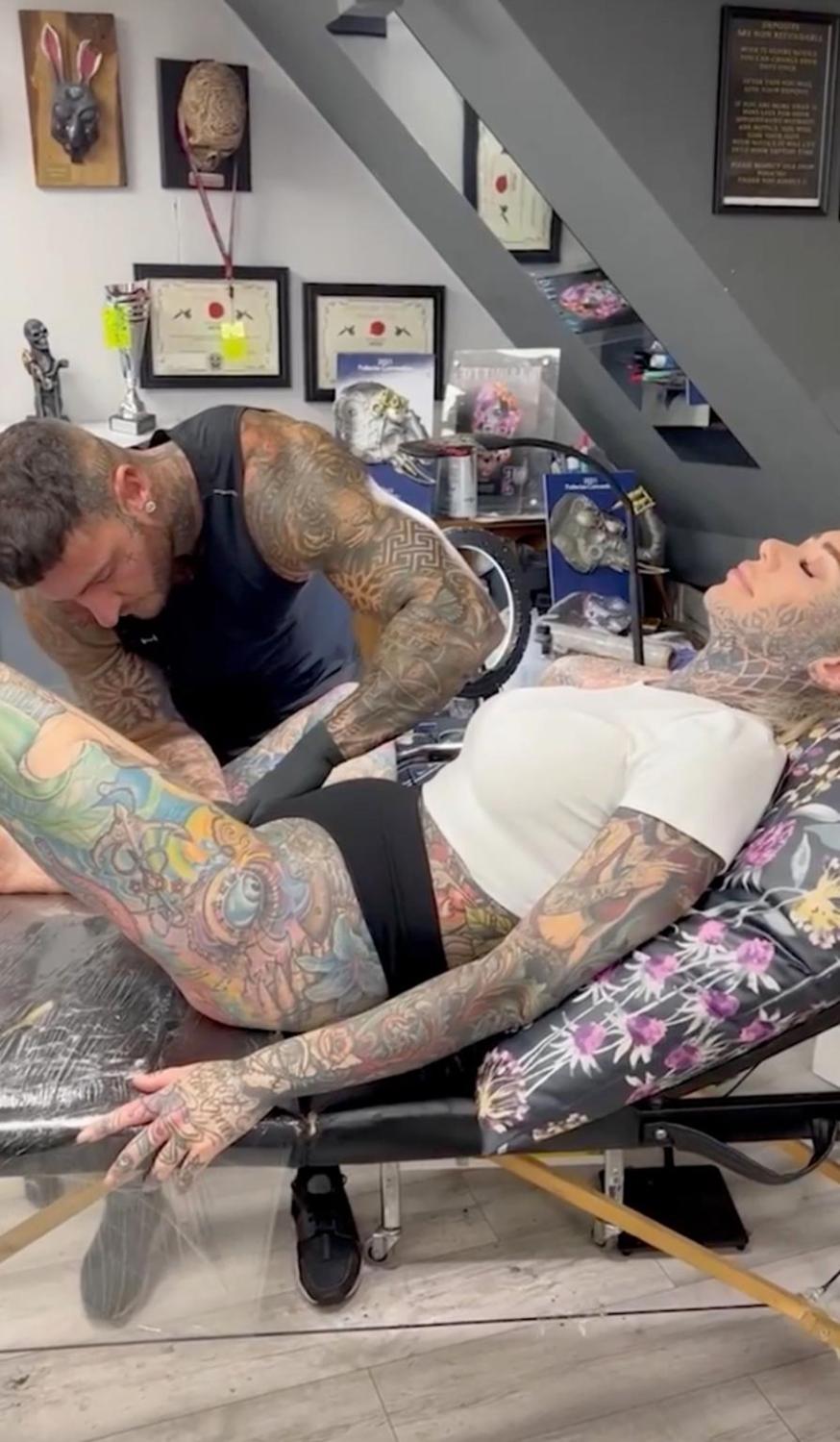 Becky talked to Ark Media during the fifth and final ink session on July 5, saying that tattooing labia is extremely painful:

"I was in an incredible amount of pain."

"It's quite embarrassing having a tattoo artist between your legs, but it needed to be finished as I want my body suit to be fully complete."

A month later, the mom of one still has swollen labia and cannot have sex with her boyfriend, Ben. 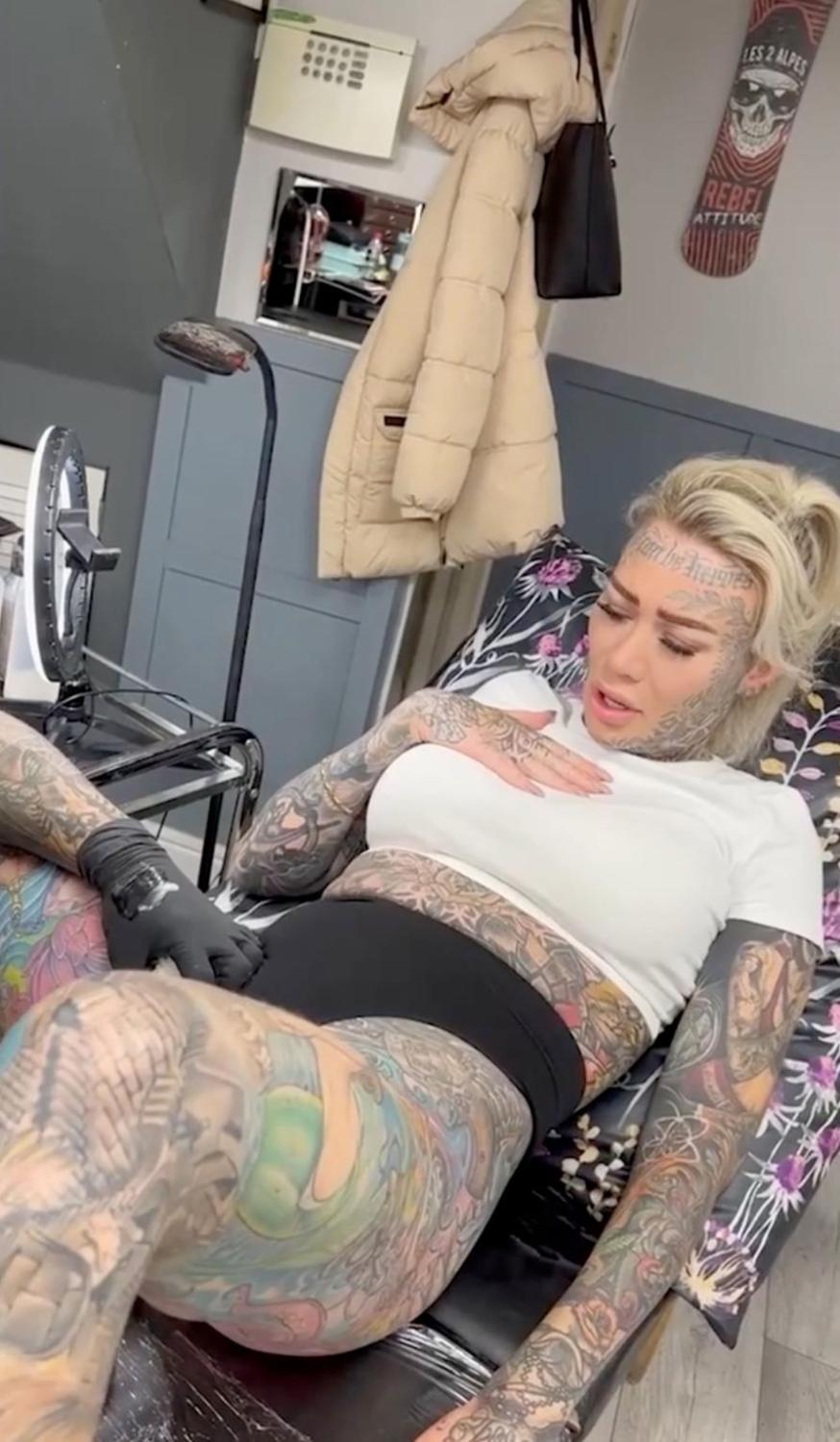 "We won't be able to be intimate until it's finished healing, which will be difficult for both of us as we have a very active sex life." 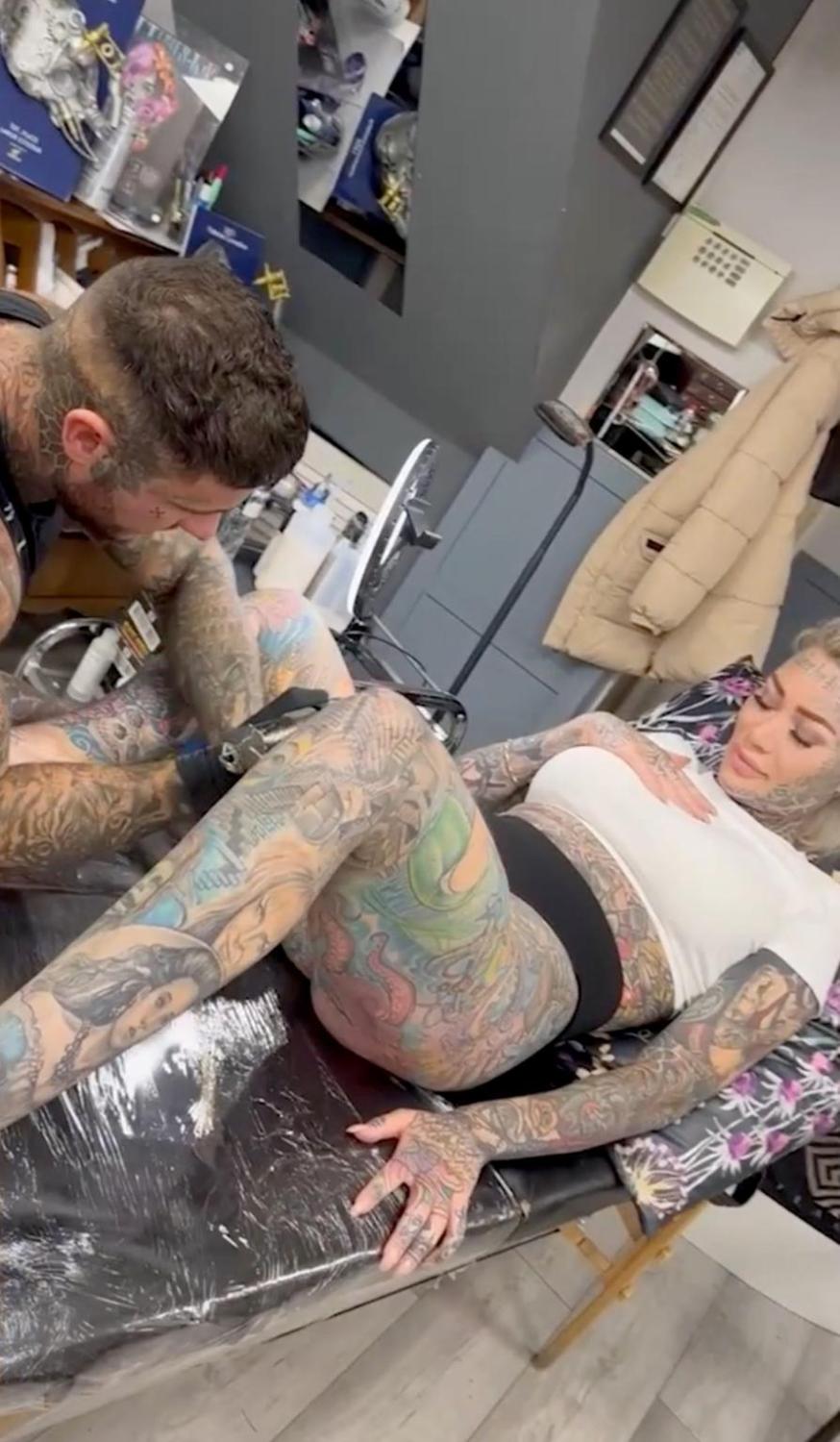 "Foreplay for him only currently!" 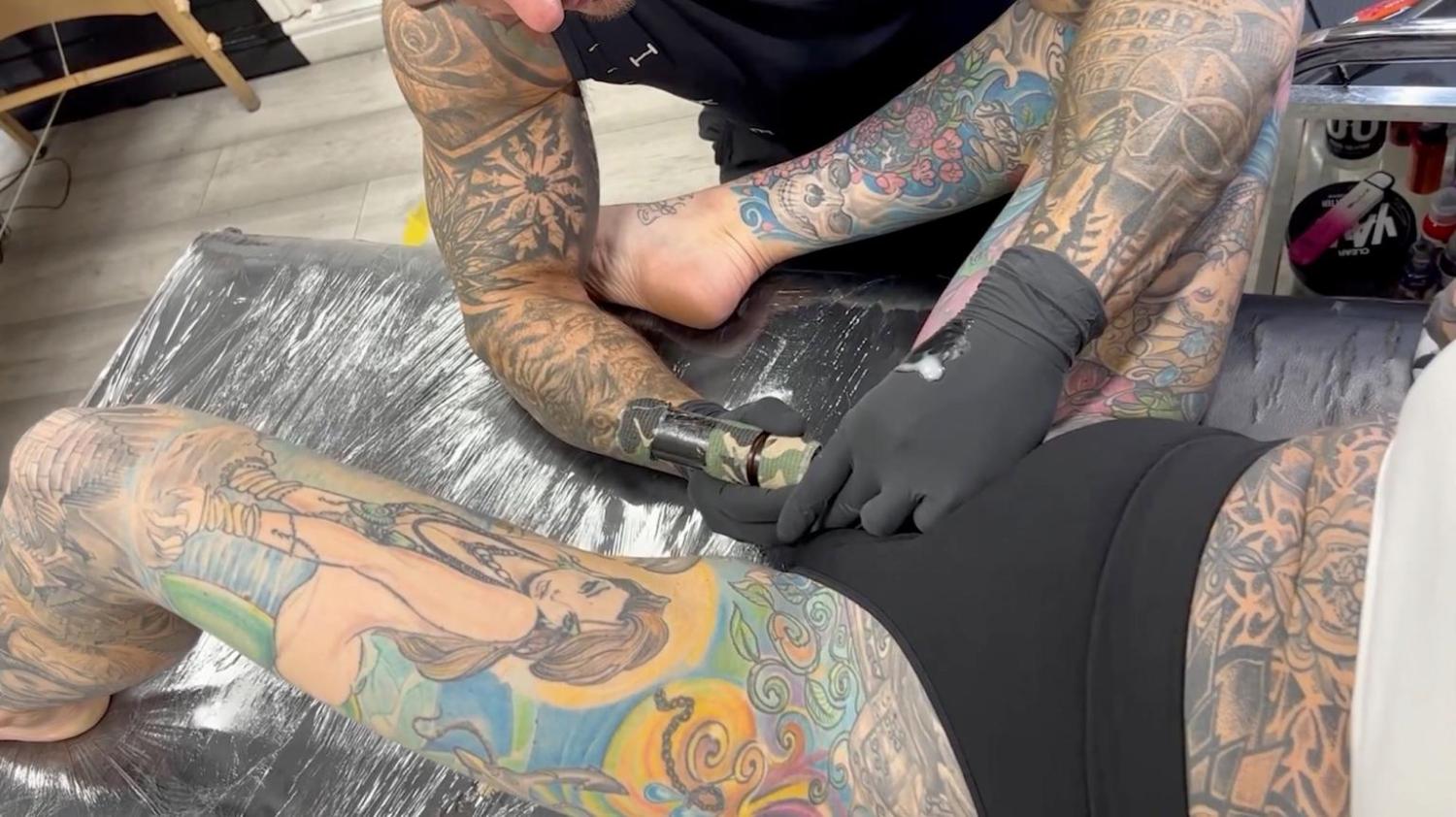 The couple does not mind the lack of sex, as Becky said:

"When I showed him how swollen it was, he joked and showed me a picture of a 'Monsters In.' character saying my fa*ny looked like them."

Her followers have nothing but admiration, as Becky is dedicated to creating a body suit of tattoos.

Becky is grateful for the support:

"People can't believe how brave I am for having my labia tattooed. I'm not sure how many people in the world have this tattoo, but I imagine I'm one of very few."

We can feel Becky's pain through the photos!