A woman tired of her husband's high sex drive buys him a sex doll that looks exactly like her — for when she's "not in the mood."

When it comes to marriages or relationships, you may find that you and your partner are compatible in every way except in the bedroom.

So, what do you do if your better half has a higher libido than you and you don't want them to have an affair?

For most people, you could try your best to keep up with them, or you just do what Char Grey has done; buy your significant other a sex doll that looks just like you. 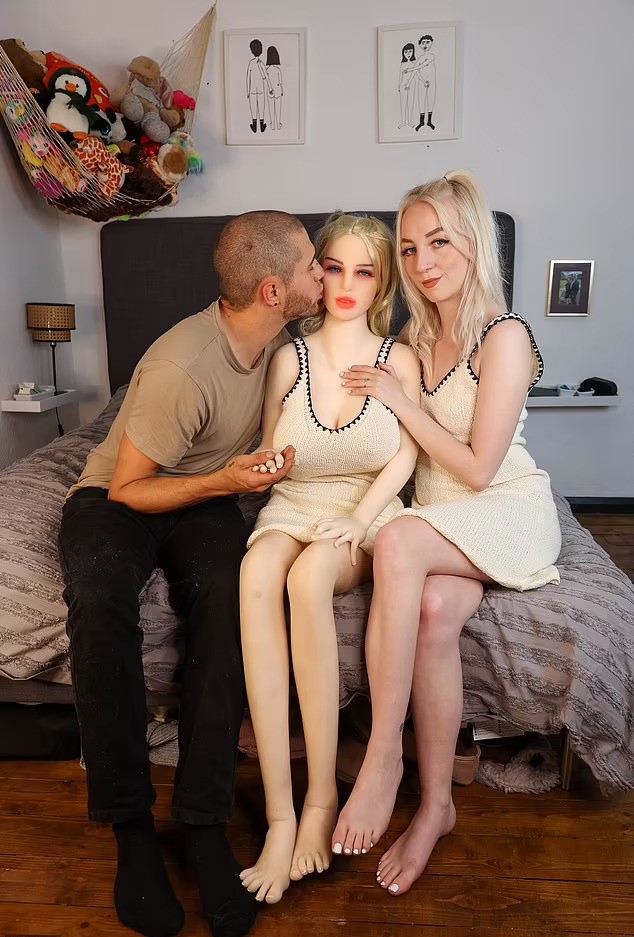 Char, 23, and her partner Callum, 28, have mismatched sex drives, just like most couples.

To take the pressure off and cater to Callum's high libido, the pair introduced the lookalike doll to spice up their sex life.

Initially, the couple planned to explore group sex with other people, but Char was apprehensive and felt she might get jealous sooner or later. 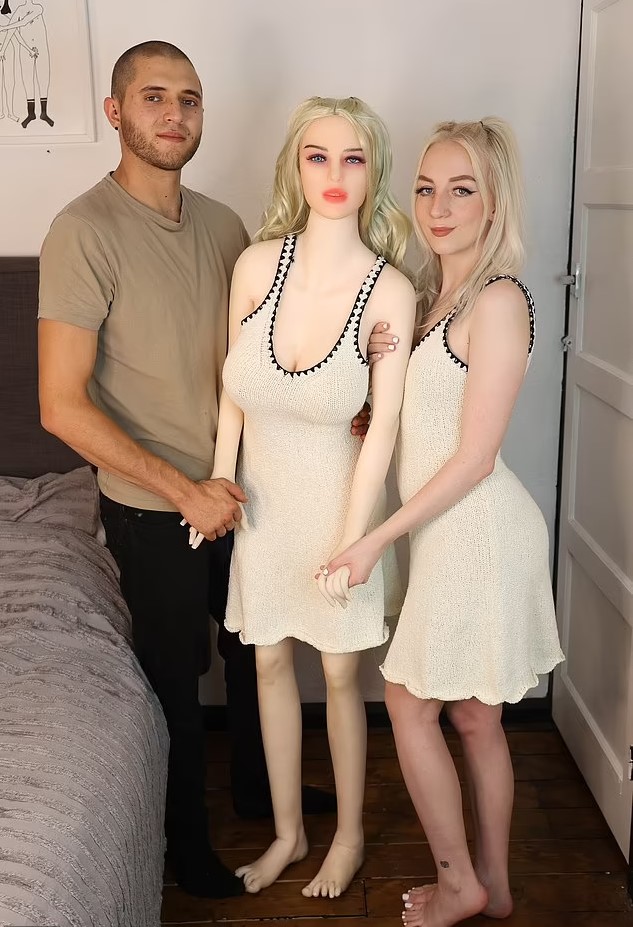 As a "happy medium," they decided a sex doll would be a better choice.

"It was a joint decision to buy a sex doll, but it was the best decision and has definitely improved our sex life."

"It's great because Callum has a high sex drive, and if I'm not in the mood, he's got [the doll] there." 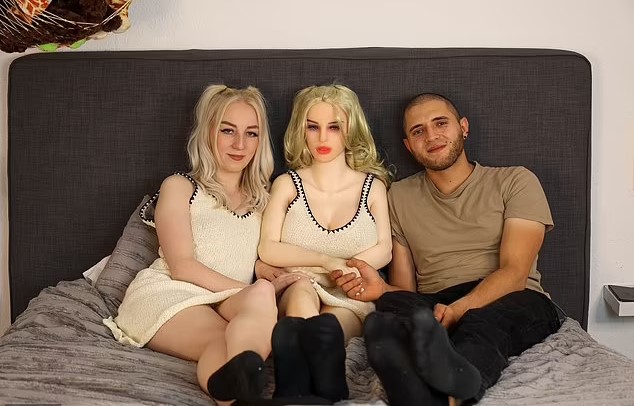 Char and Callum claim Dee has even "set their sex life on fire" and regularly joins in with their steamy sessions.

The couple treats Dee like a real woman. They dress her in lingerie and dresses, take her out on car rides and watch their favorite shows together. 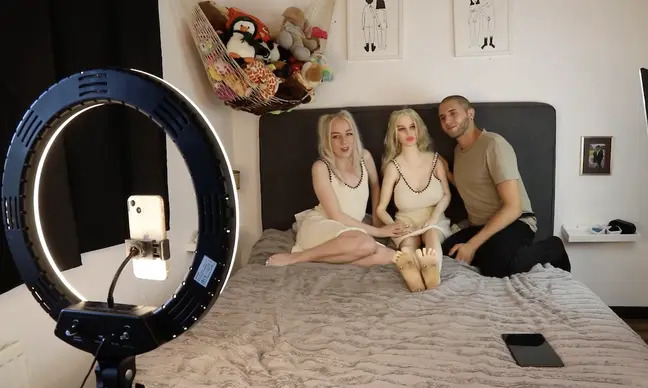 "We both love experimenting with her - and she regularly joins our steamy sessions too."

"She's not 'just a doll' - we're really attached to her. She's helped to strengthen our relationship - and set our sex lives on fire."

Dee also makes regular appearances on the couple's OnlyFans page and is a hit with their more than 2K subscribers.

The couple now earns at least £70K ($83K) a month on OnlyFans, and once even raked in £10k ($12K) in just a day — which is pretty impressive considering they only introduced bought Dee to their page in June.

While there has been some adverse reaction to their newly-found lifestyle online, the couple claims they "don't care what anyone thinks" as this arrangement "works for them." 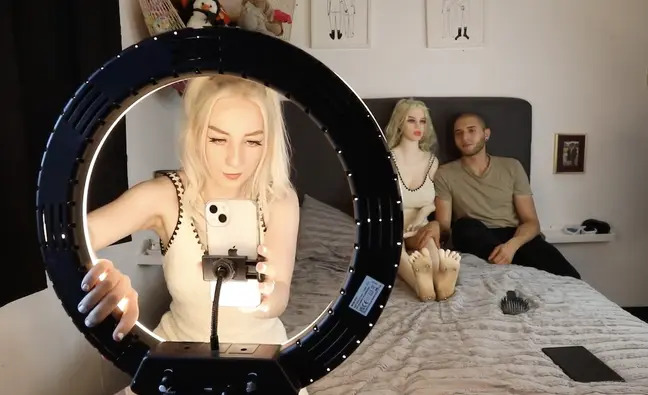 Before Dee, the couple owned a different doll, which they said "just wasn't doing it" for them.

So, they decided to opt for a more realistic doll that looks just like Char.

"There were so many to choose from, but we eventually found Dee, who we think looks like me."

"I never get jealous because there's no emotion there - she's not real, but she's definitely spiced things up."

"Callum has a higher sex drive than me, so it's great that he has Dee when I don't want to have sex."

"Dee has had a positive impact on us as a couple. If anything, she's bought us closer together." 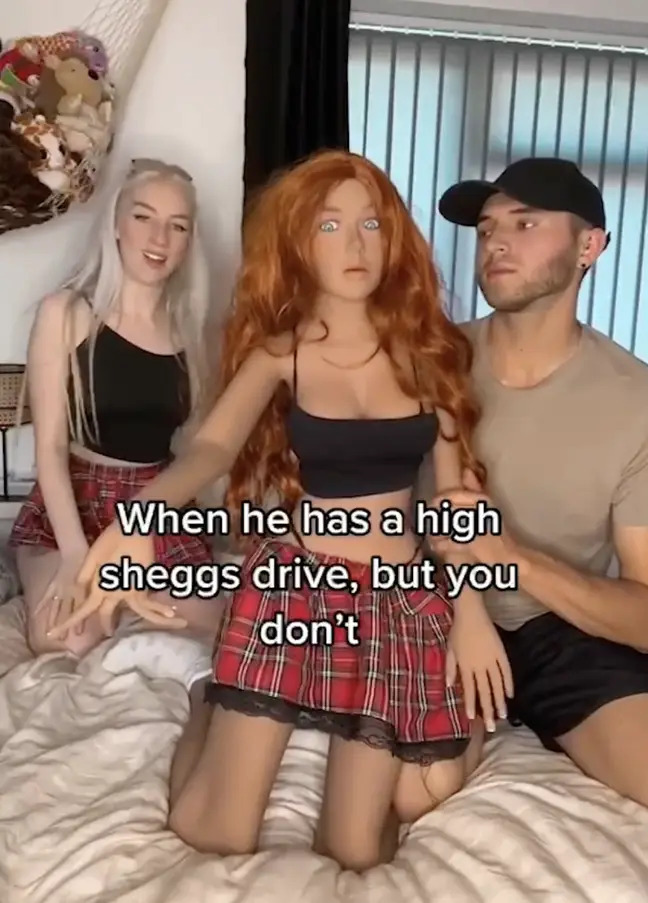 When Dee isn't involved in the bedroom, she waits patiently for Char and Callum in their studio.

"We'd never put her away in a cupboard."