Do you have any idea how being on a plane can impact your susceptibility to COVID-19 infections? An increasingly greater number of people are flying now, thanks to the relaxation of pandemic restrictions and a growing vaccination rate.

However, vaccinations are not the ultimate solution to this problem. Especially since new Covid variants are coming up and causing devastating outbreaks.

So, a cautious traveler has to be concerned about possible exposure to the virus, regardless of whether they have gotten vaccinated or not.

For today, we will explain why there is a need to consider how flying can affect your risk of getting infected with the coronavirus.

Recently, a study has been done to find out how your safety from COVID-19 is affected by flying.

First of all, understand that many single-aisle plane models make you breathe a combination of fresh and re-circulated air. In such aircraft, air flows in from the ceiling ducts and is ultimately sucked off using vents close to the floors, as illustrated in the diagram below. 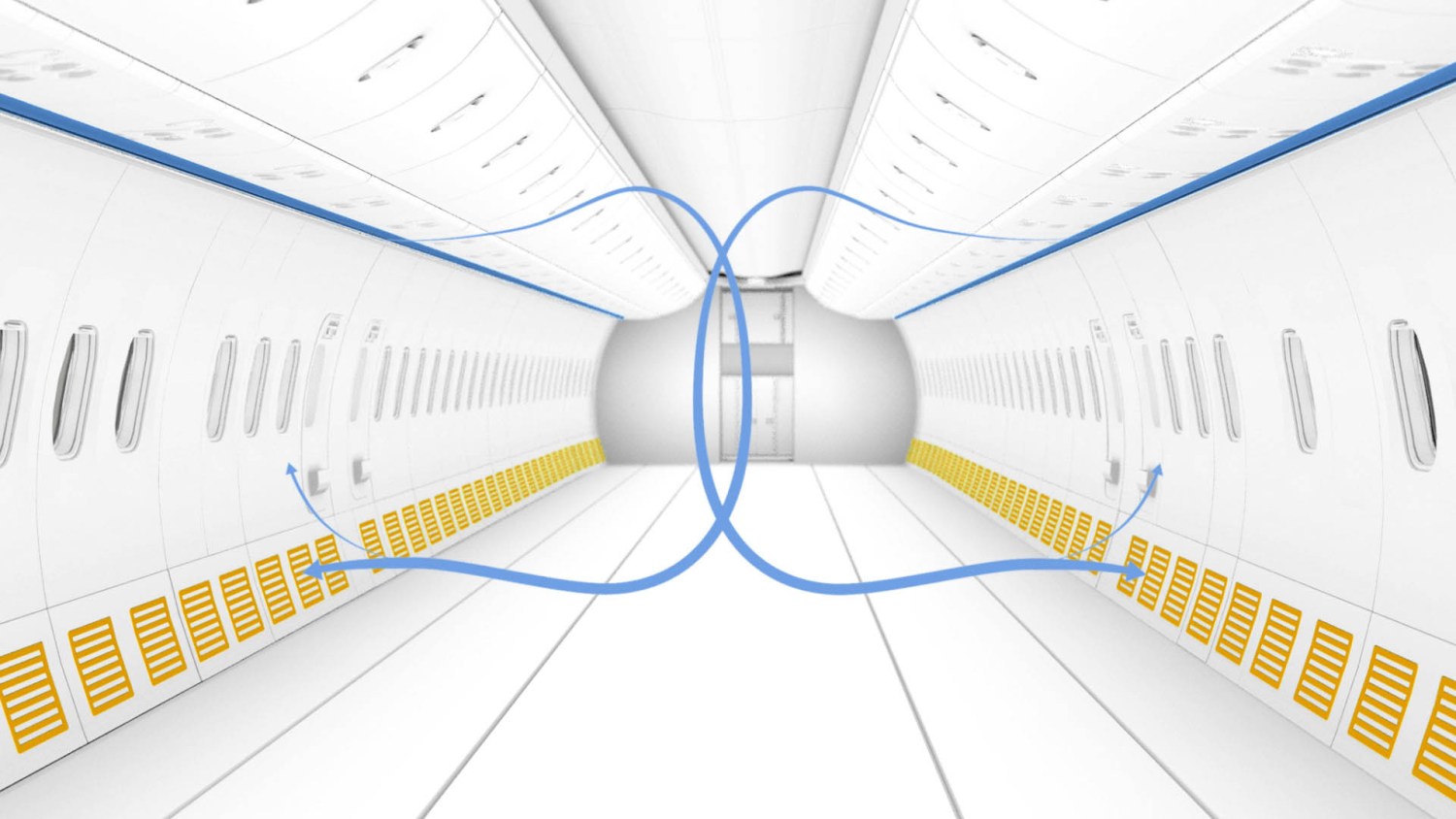 Half of the air that flows through these vents is released completely, but the other half is filtered and returned to the cabin.

During this study, researchers did a simulation using over 2 million air particles. The goal was to figure out how potential airborne viruses can pose a risk to the people in the plane.

In fact, this has contributed to the reduced incidence of superspreader events taking place in documented flights. However, other safety protocols also play a role in keeping the rate of infections within flights low.

With the air getting refreshed at such a high rate on planes, new and current cabin air mixes evenly. The purpose of having faster air refreshment rates is to lower the number of air pockets that might stay for too long, get stale, and turn into potential health hazards.

Still, even with this reassuring standard in place, understand that flights are not absolutely safe.

What Happens When A Passenger Sneezes On Board?

Consider a scenario in which a passenger with a mask sneezes during a flight. During this event, air squeezes out of the sides of the mask, and the particles move to the aisle and mix with air from the next row.

Granted, the particles are not of the same size, and most of them have no infectious viruses in them.

However, consider a scenario where a passenger close by was not wearing a mask, probably because they were snacking on something. In such a scenario, the chances of the sneezed air finding its way into their lungs are pretty high.

If that sneeze had infectious viral matter in it, then they would get infected.

Luckily, planes are designed with ventilation systems that keep the air within a few rows. Therefore, a single sneeze does not circulate throughout the cabin. 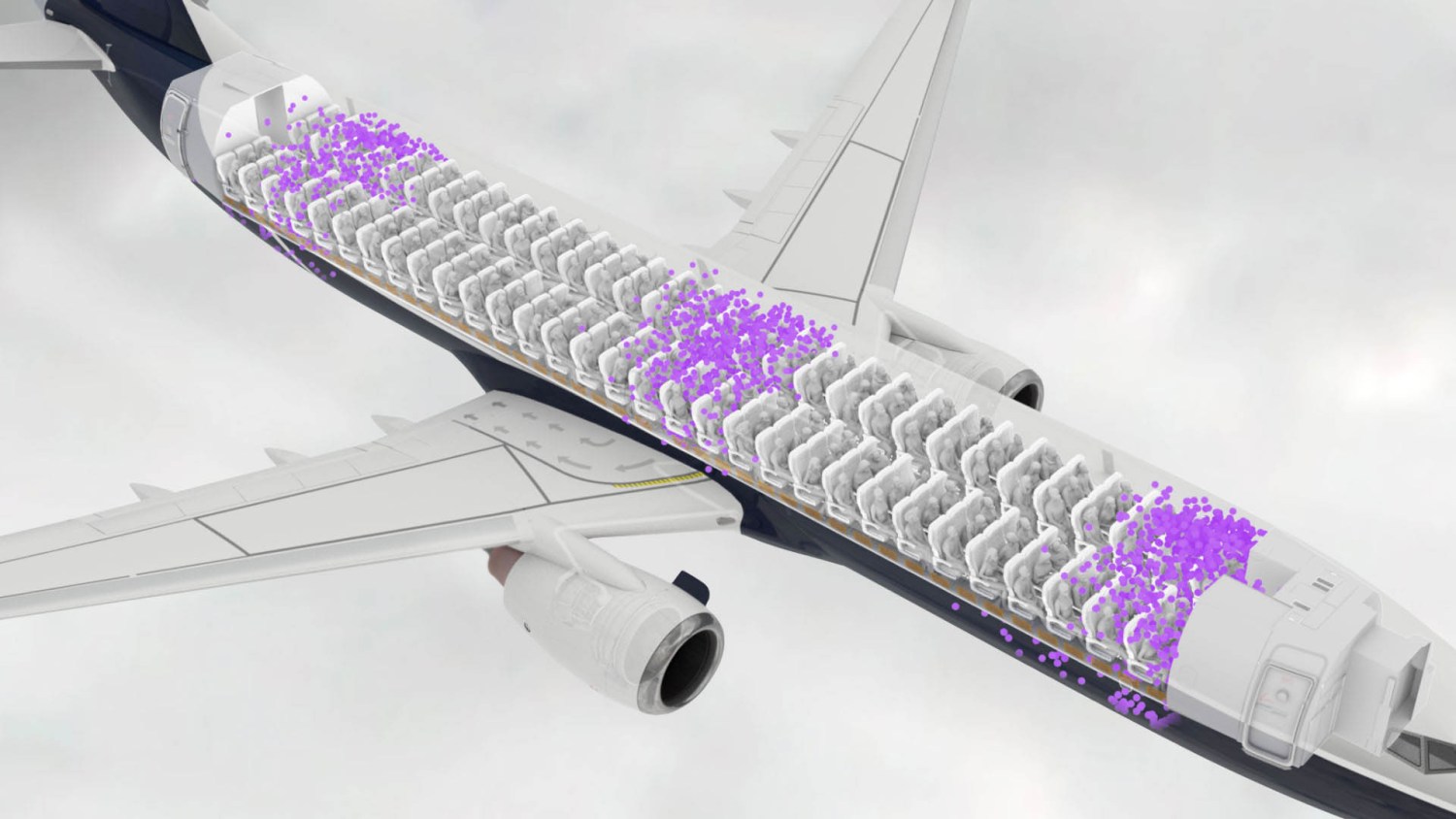 Understand that plane's ventilation system is very integral to its operation. This system is powered by plane engines, which are always sucking in outside air.

This air is pressurized and then conditioned to account for temperature.

While that is great when flying fast, it does not provide the oxygen necessary to breathe normally. Once the air is conditioned, it goes through the riser pipes and reaches the plane's ceiling, where the ducts help spread it throughout the cabin.

During the flight, the air in the plane's cabin is sucked in using two HEPA filters to a manifold located under the floor, where the fresh and re-circulated air is mixed. These filters have 24 panels consisting of densely pleated fiberglass meshes that trap most microscopic particles.

However, ventilation systems are not similar for all planes. They vary depending on the aircraft manufacturer.

Still, many of them have the same filtration and air recirculation methods.

The air that is not re-circulated after leaving the cabin leaves the plane using a valve at the rear. The valve helps regulate the pressure in the cabin.

According to experts on infectious diseases, airflow in a plane is not all that matters when thinking about potential infections. For instance, the risk of exposure might be just as high, if not greater, for people at the terminal sitting in restaurants and bars or moving through the security line. 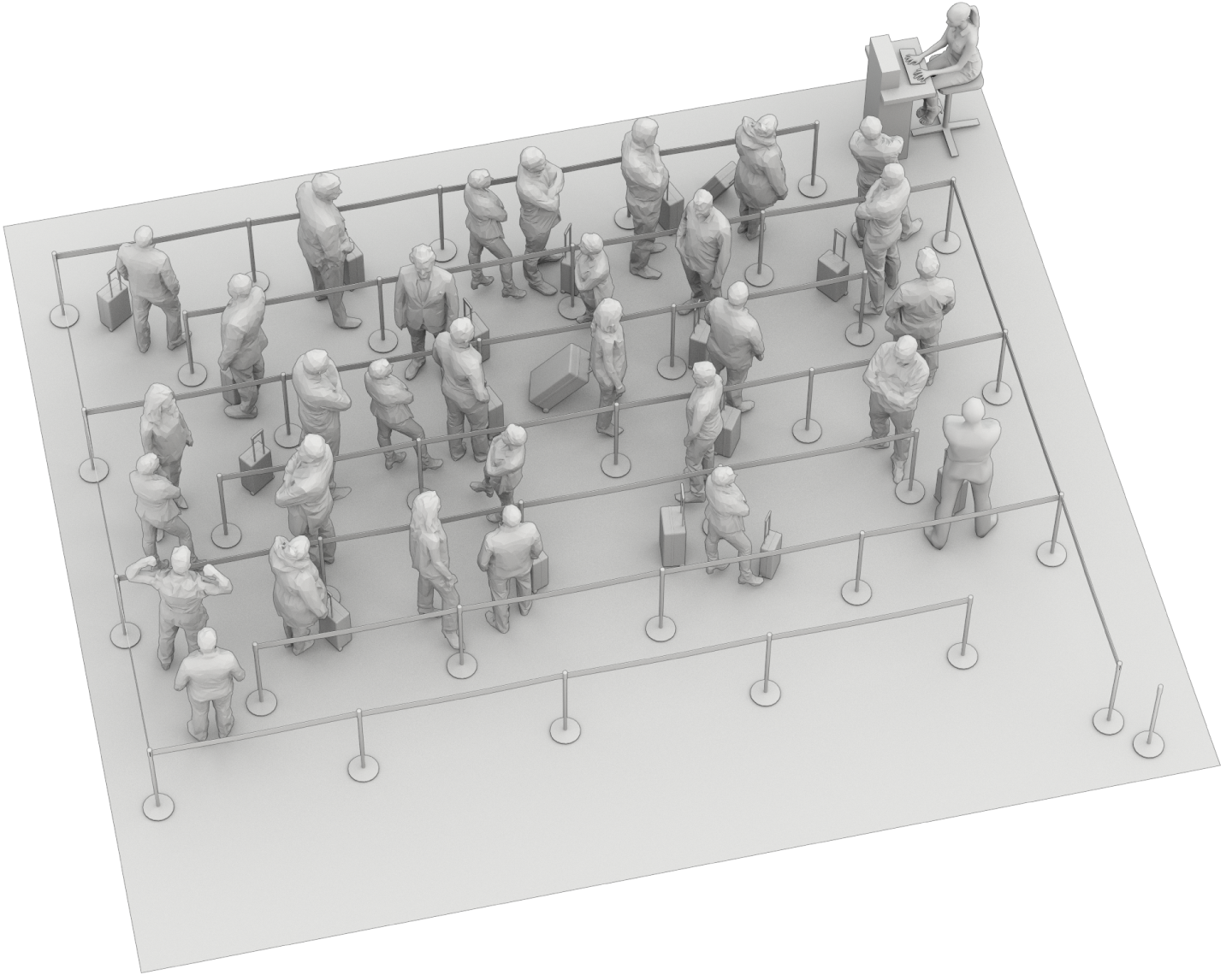 More people are flying, and as many one and a half million people can pass through U.S. airports in a single day. In these cases, congestion and crowding at some segments of the airport are almost impossible to avoid, even with the physical distancing measures in place.

It is also worth considering that airports differ in size and passenger traffic.

According to Harvard researchers, an airport's design configuration and the layout and presence of on-location businesses also play an important role.

Such establishments can increase the chances of exposure to viruses. It depends on where people crowd and the amount of time they spend there.

In-terminal restaurants are especially risky since people regularly take off their masks to eat. 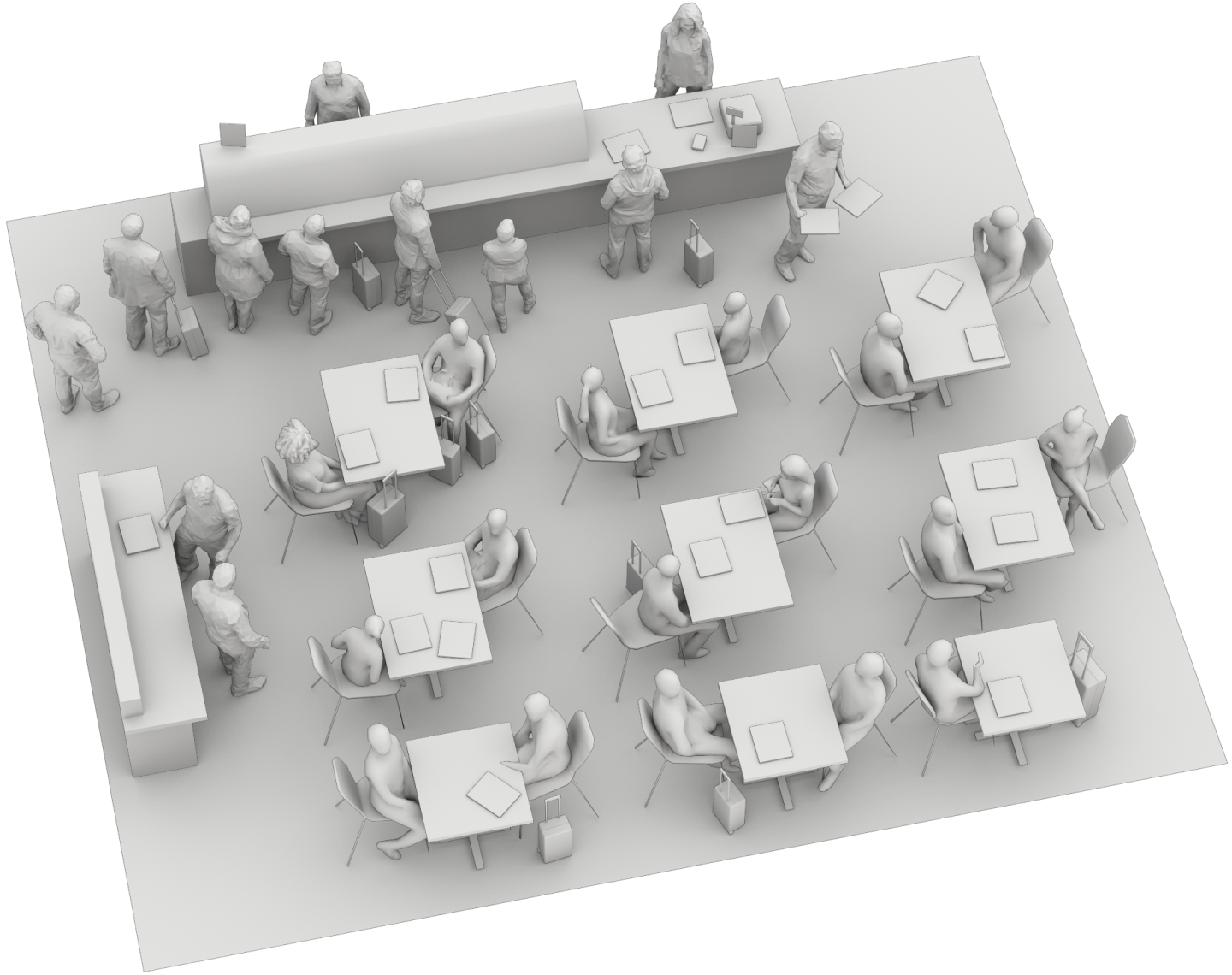 The researchers at Harvard also discovered that many airports were not designed to lower the spread of airborne and respiratory disease-causing particles.

However, some airports have put in place new or extra filtration systems, introduced social distancing, and enforced other measures that help lower the risk of airborne diseases spreading in these environments.

According to Saskia Popescu, an epidemiologist specializing in infection prevention: "The challenge isn't just on a plane… consider the airport and the whole journey."

It's not just the plane cabin that presents a risk, but other stages of your travel outside the plane as well.