How I Met Your Father is set for a January premiere, and it will be connected to the hit sitcom, How I Met Your Mother. However, there will be no cames from the original series, or at least, not yet.

HIMYF is set to start on January 18, and it follows Sophie (Hilary Duff/Kim Catrall) and her group of 30something friends. The plot is well known, as we saw it in HIMYM, only with reversed genders.

Hilary/Kim is telling the story of meeting her son's father. Basically, Duff is the new Ted Mosby, though we hope, less annoying.

The first thought was that the shows would interact through MacLarens, the pub, which was included in most HIMYM episodes. Yet, the photos show a different hangout place. So, if it is not the pub, what could it be?

Well, as you recall, Ted was a professor, and this might be an important connection.

Also, Barney's Playbook could play a vital role in mixing up the two shows.

As Robin was a TV anchor, her TV station could also be of importance.

Of course, the original show introduced many characters and even some fictional events and movies, so there's enough place to create a crossover without including the original cast. Of course, it would be lovely to see what the gang has been doing in the past decade since the show ended. However, gathering all four actors would be impossible. 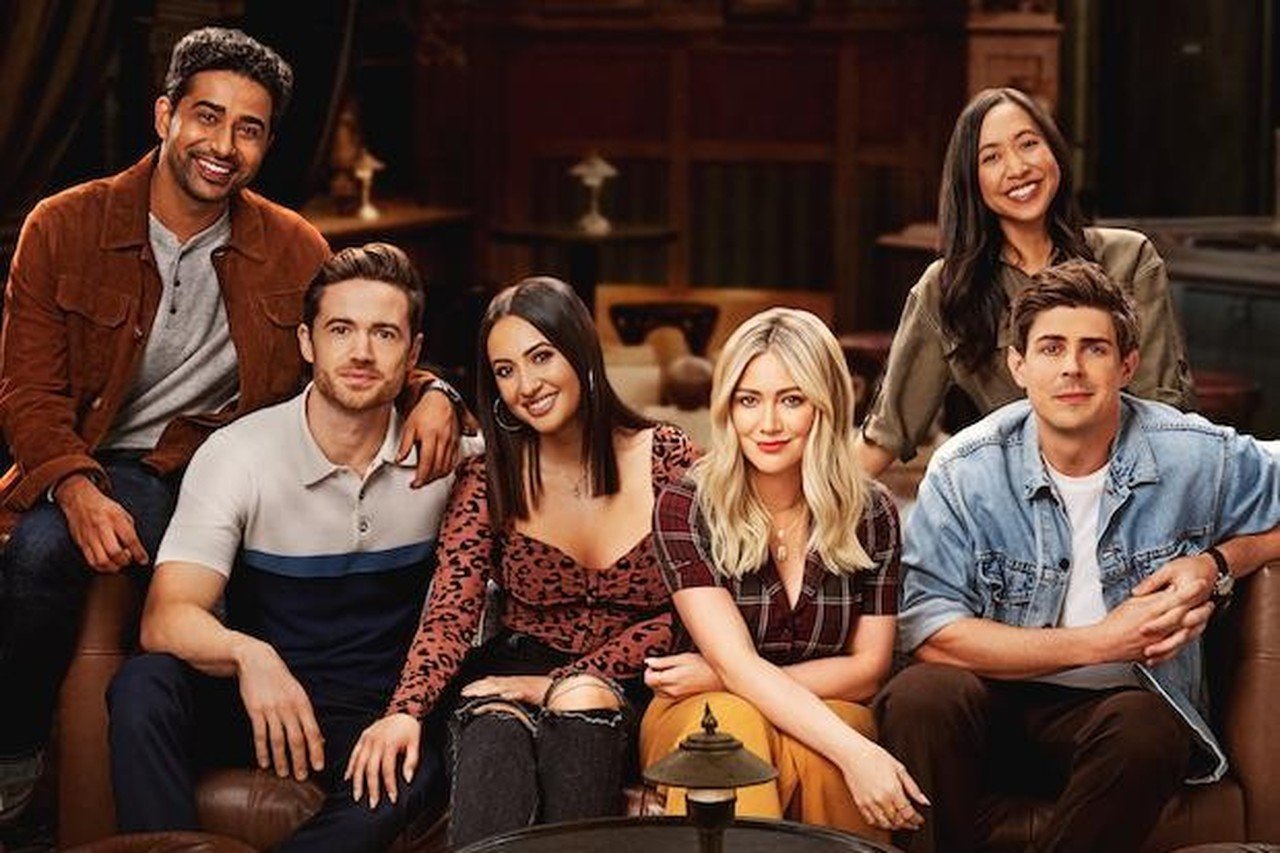 On the other side, seeing Stella or Victoria does not sound like a stretch, and both characters played vital roles in the lives of HIMYM's characters.

Our best bet is that the crossing of the shows would be over various running gags. From the Pineapple incident and Playbook, as we mentioned, to the color theory, there were many Easter eggs left in the original to fill in several spin-offs.

We just do not want it to end as badly as HIMYM did. Do you agree?