The Loomis Fargo heist happened in Charlotte, North Carolina when this bank was the target of a robbery. The bank was robbed on Oct. 4, 1997, by one of their security guards, David Ghantt, and his girlfriend, Kelly Campbell, a former employee at the time.

Along with Ghantt and Campbell, there were eight others, including Campbell's former high school friend Steve Chambers and his wife, Michelle. It's said that Chambers approached Campbell in the summer of 1997 about executing a $17.3 million robbery (which today means $ 25.9 million) at her former job. Then Campbell turned his attention to her boyfriend.

The plan of the Loomis Fargo heist was for Ghantt to commit an actual robbery and then flee to Mexico City, where he would stay until enough time passed to enter the United States. He would leave most of the money with Campbell and share it evenly when he returned with Campbell to leave him enough money to live.

When Loomis Fargo employees could not open the vault the following day, they called authorities, and the investigation was started. David Ghantt's fame was short-lived as he was a prime suspect from the start.

Who Is David Ghantt? David Ghantt was the Treasury Supervisor for Loomis Armored Cars, Fargo & Co. This company managed the transportation of large amounts of money between banks in North Carolina. Despite working for a company that regularly relocates millions of dollars, David Ghantt himself was underpaid. This was why he devised a plan for the Loomis Fargo heist.

He had said, then reflecting on the events:

"I wouldn't have thought about it before, but one day life kind of hit me in the face. I worked sometimes 75-80 hours a week for $ 8.15 an hour, I didn't even have a real life at home because I was never there, I worked all the time and was unhappy, which is understandable considering how old I was then. I felt stiff and one day the jokes during the break about the robbery of that place suddenly didn't look so obvious. "

David Ghantt was a Gulf War veteran who never had a problem with the law. He was also married, but none of those things would matter after he met Kelly Campbell.

Kelly Campbell was another Loomis Fargo employee, and she and David Ghantt quickly established a relationship. Their relationship continued after she left the company. Even if Campbell denies the relationship was ever romantic, the FBI evidence says otherwise.

One day, David's girlfriend Campbell was talking to an old friend named Steve Chambers. Chambers was a small cheater who suggested to Campbell that they perform Loomis Fargo heist. Campbell was receptive and brought the idea to Ghantt.

What Led To The Loomis Fargo Heist? 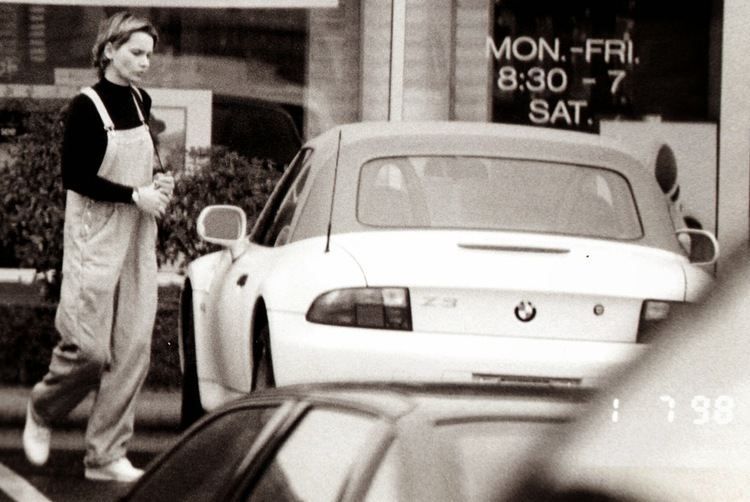 Loomis Fargo & Company was established in 1997 by the consolidation of Wells Fargo Armored Service and Loomis Armored Inc. This company employed 8,500 people and provided armored transportation, cash handling services, and automatic teller machine maintenance. The office in Charlotte would be the victim of Ghantt in the year of the opening.

The events that led to the Loomis Fargo heist started with Ghantt entering a relationship with fellow employee Kelly Campbell. Even when Ghantt left, they continued to maintain contact. In August 1997, Campbell told Ghantt about an old high school friend of hers, Steve Chambers. She said that he could assist Ghantt in executing a massive cash robbery of the Loomis Fargo vault in one night.

This opportunity was forged by Chambers and supported by Campbell earlier in the summer. The plan was for Ghantt to commit the Loomis Fargo heist and then quickly leave the country for Mexico. However, he would leave the bulk of the cash with Chambers.

After this, Chambers would occasionally wire Ghantt money and see to his basic financial needs. When things calmed down, Ghantt was to re-enter the U.S., and the money was split up among all co-conspirators. Needless to say that things didn't go as planned.

How Did The Loomis Fargo Heist Transpire? 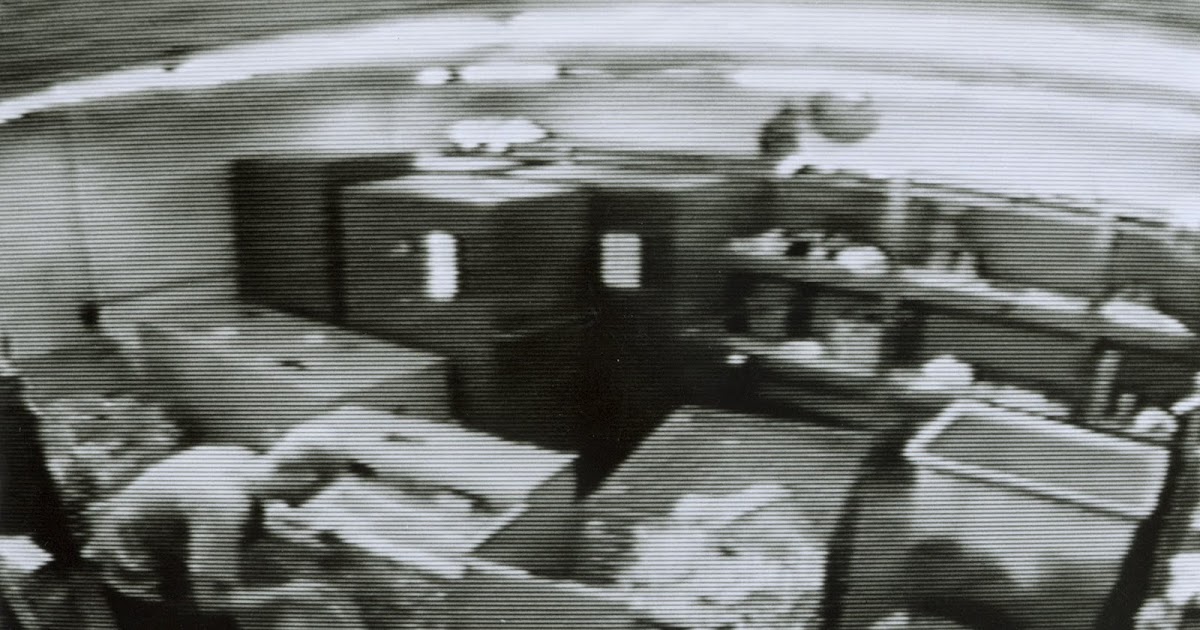 On the fateful day of Oct. 4, 1997, Davit Ghantt decided to proceed with the Loomis Fargo heist. This former Kings Mountain resident finished his shift as a vault supervisor for the branch in Charlotte. After this, he began loading $17 million in unmarked bills inside a company van before driving away.

He had sent home early a newly hired employee and then proceeded with the loading of the funds. Just outside of the building, David Ghantt met up with his girlfriend, Chambers, and others involved in the plot. They drove off to a printing business called Reynolds & Reynolds in northwest Charlotte.

It was here that the money was moved from the armored car to private vehicles. Keeping with the plan, Ghantt took $50,000, which was the maximum that could by law be taken across the border of Mexico without authorization. He left for the border, winding up at the popular Yucatan Peninsula resort island.

The next morning, the vault at Loomis Fargo could not be opened, so the employees called the police. The police, in turn, called the FBI since 95% of the money handled at the facility was owned by banks. This technically made it a bank robbery and a federal offense.

From the start, David Ghatt was considered to be a prime suspect. Since he was the only employee unaccounted for the following day, they checked the tapes for clues. The tapes showed Ghantt removing cash cubes and loading them into a Loomis Fargo armored van for over an hour. 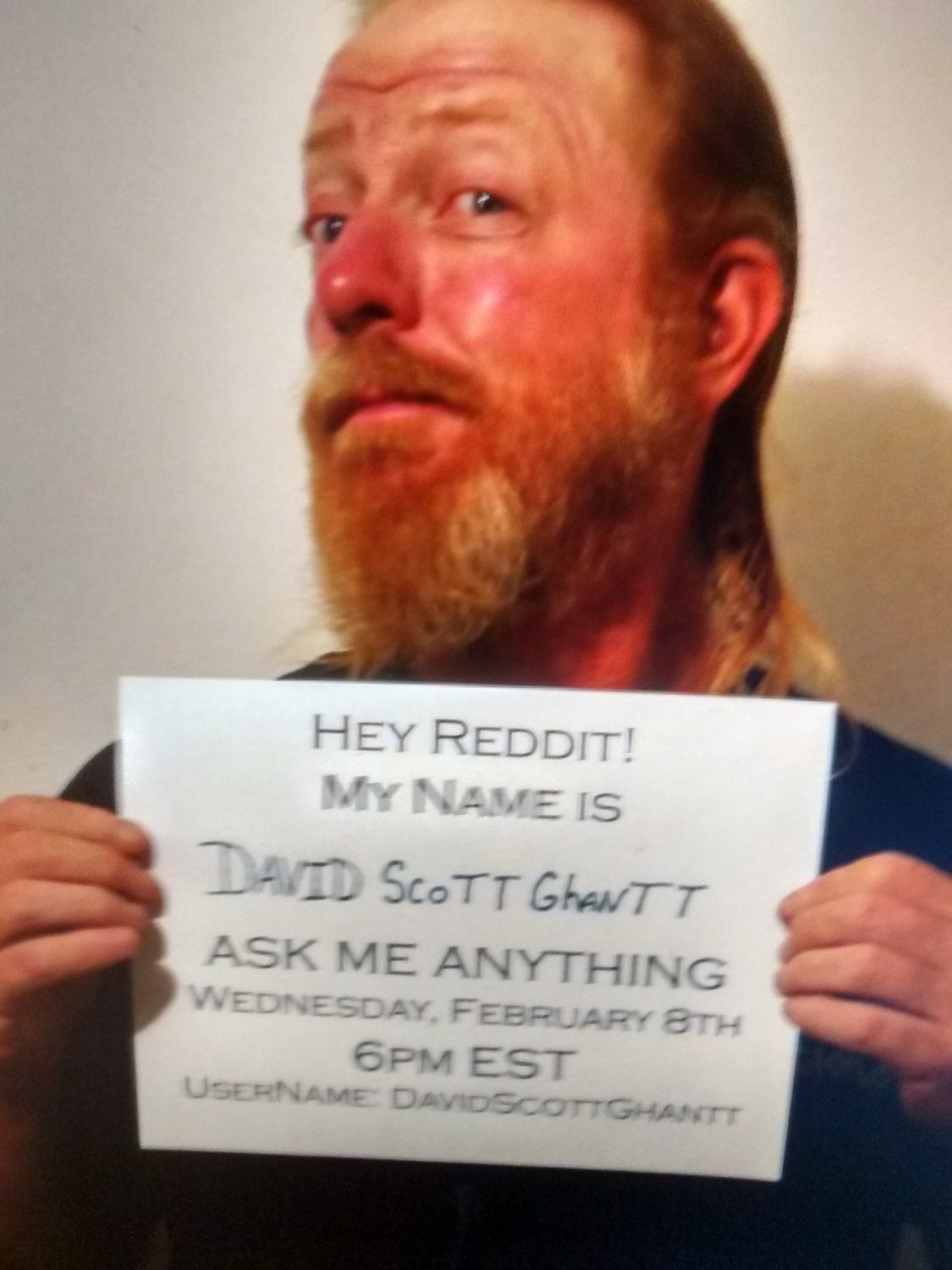 The FBI investigation was able to connect Ghantt to Campbell quickly. To connect Chambers to them was more difficult. This had led the FBI to begin monitoring Chambers' and his wife's activities. When the FBI recorded a phone call from Ghantt in Mexico, the final connection was made. The FBI believed that David Ghatt was in danger because Chambers wanted to kill him using a hitman named Michael McKinney.

It was Chambers' extravagant spending after the Loomis Fargo heist that led to the arrests. While they had initially agreed to control their spending for a year or two, Chambers had no intention of following those rules. He and his wife, Michelle, moved from their mobile home in Lincoln County to a luxury house in the wealthy Cramer Mountain section of Cramerton. They also bought a BMW Z3 with cash and made several large purchases, not wanting to keep a low profile.

The Aftermath Of The Loomis Fargo Heist 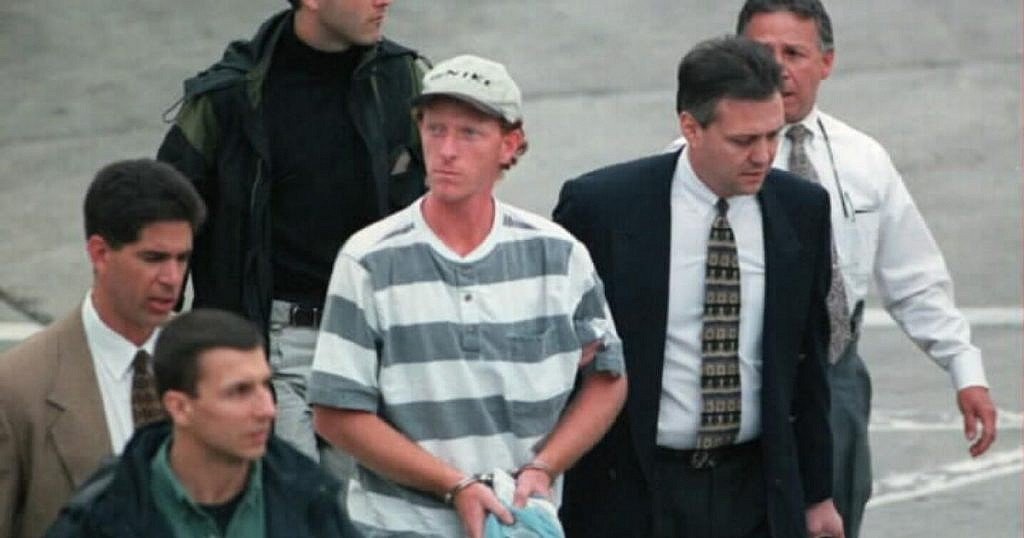 After the Loomis Fargo heist, when the arrests were made, Ghantt and seven others pleaded guilty in federal court to the charges. David Ghantt is now 47 and living with his wife and daughter in Jacksonville, Florida. He has been open about what he did and how he believes it changed him for the better.

While Ghantt fled to Mexico, the others went no farther than Cramer Mountain. More than 20 people were arrested by the FBI, making this one of the largest heists in history. All were convicted, and while some received probation for money laundering, many others did a hard time. Ghantt ended up doing more than five years in prison, and Chambers did more than 11 years. 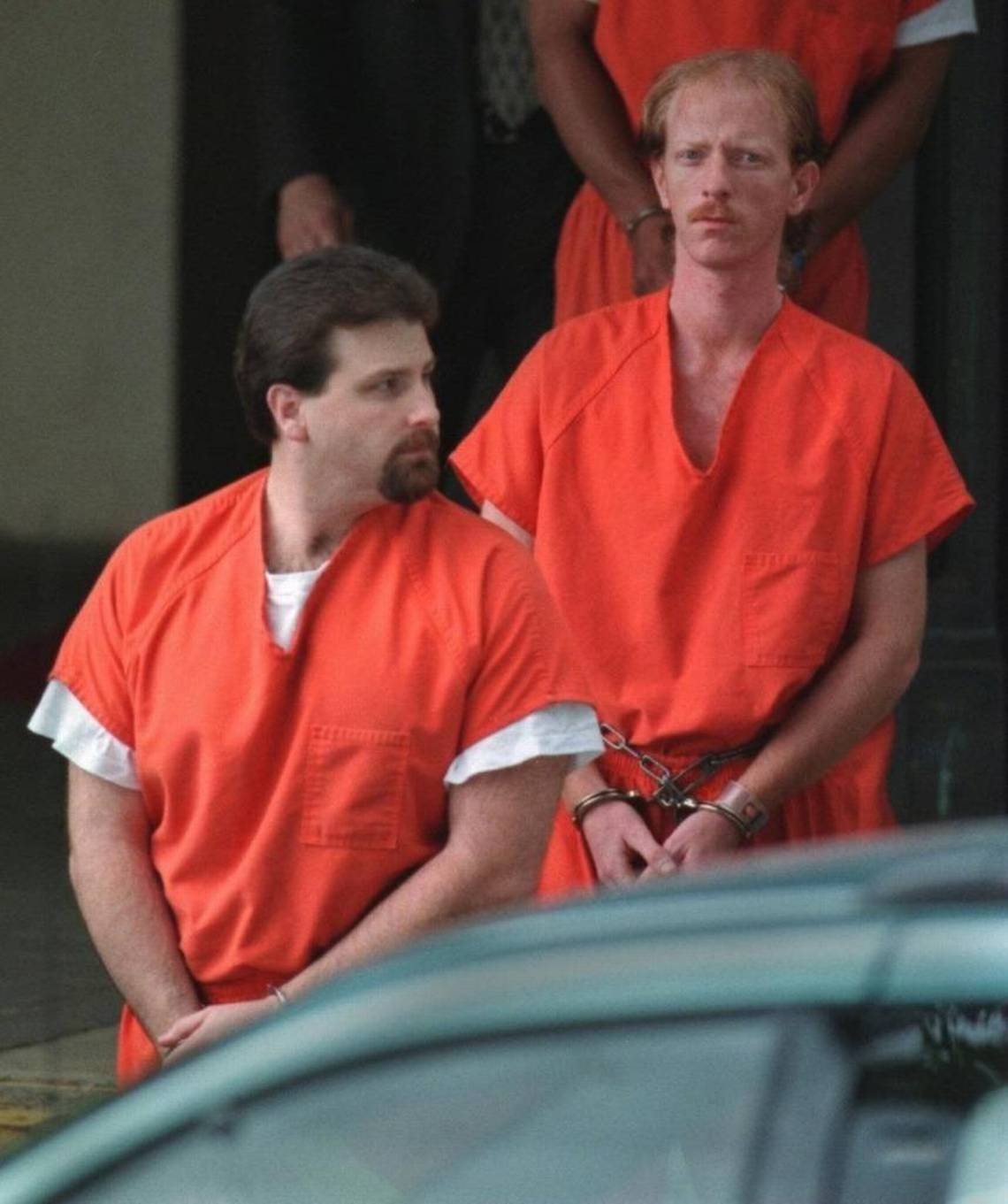 In the coming years, a movie was made about the Loomis Fargo heist, called the Masterminds. David Ghantt served as an unpaid consultant to the film. He attended the big Los Angeles premiere and enjoyed being a part of it. He has been open about the heist and his life and had no qualms about it. 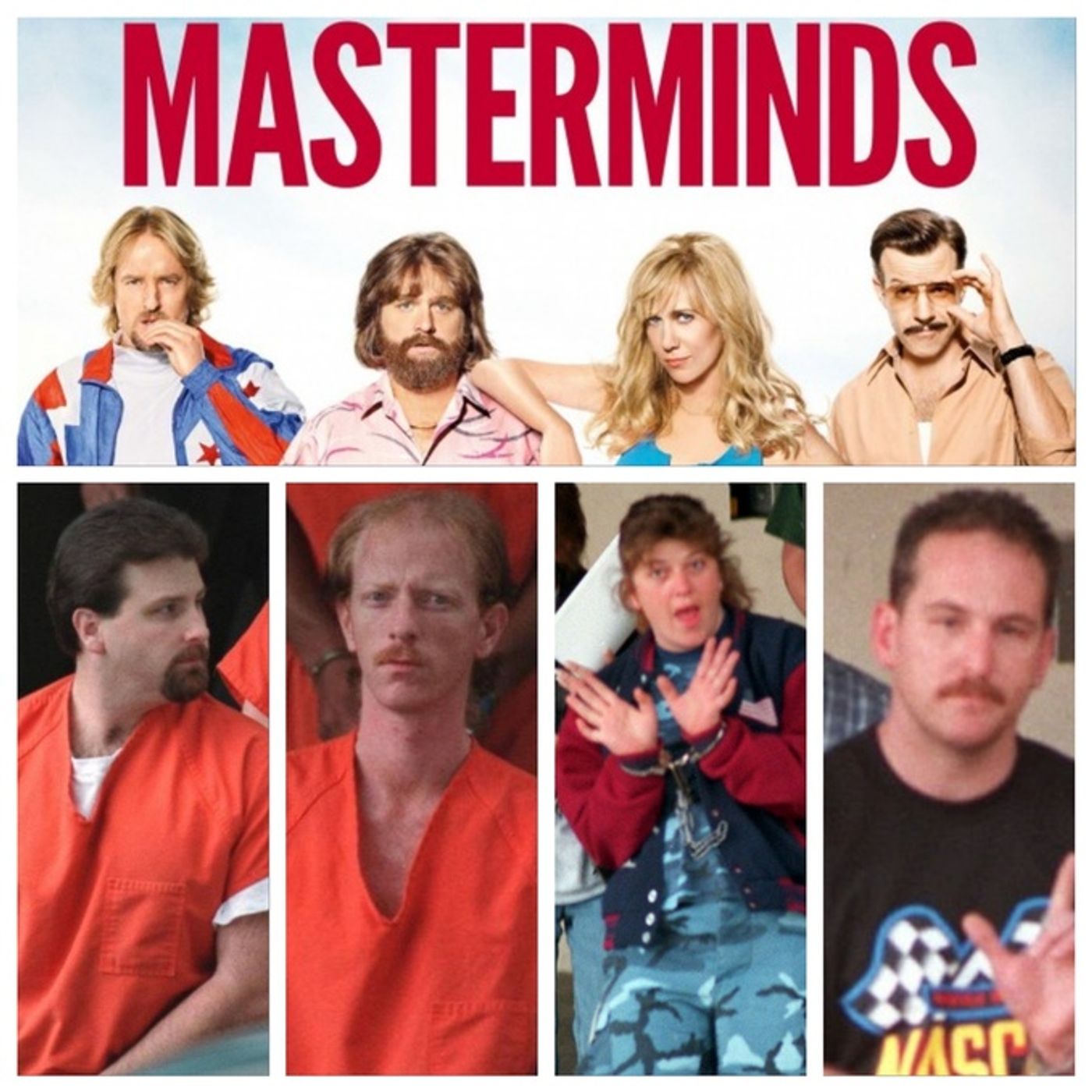 He had just returned to his home in Jacksonville, Florida when he agreed to talk about the heist, his life now, and what went wrong with a group of friends who thought they could get away with stealing $17 million cash.