With the temperatures rising as August approaches, we're about to turn up the heat even more with hot blonde jokes we picked out just for you.

Everyone loves a hot blonde joke, even us blondes, so keep scrolling till the end. 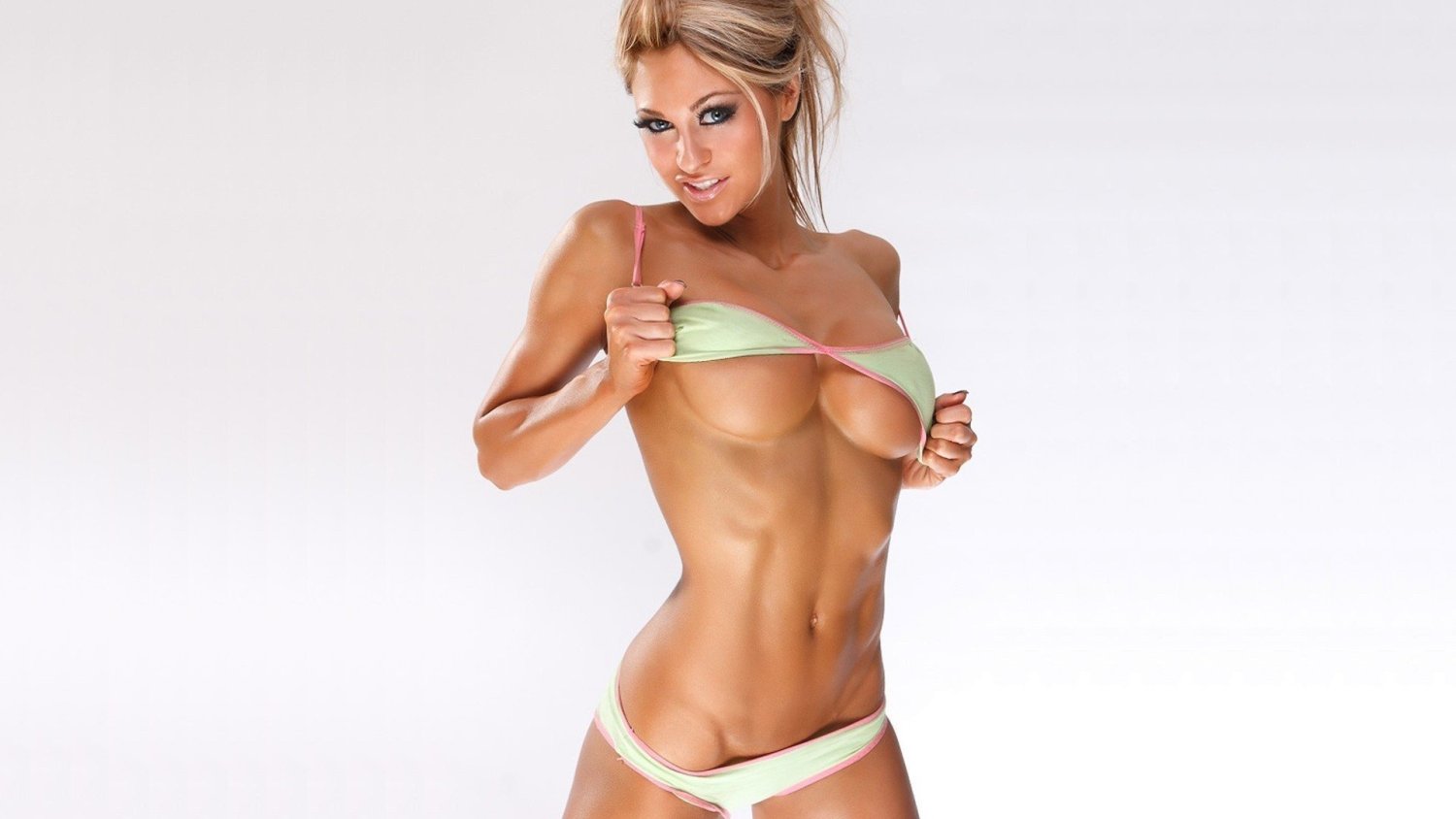 A hot-looking blonde walks into a casino and wanders up to one of the craps tables. She looks at the two table handlers and says, "I want to bet $225,000, it's all the money I have. The only request is that I play topless as I have found that this provides me the most luck at winning."

The two men agree and watch anxiously as the woman unbuttons her blouse, removes it, and then removes her bra. She puts the money down on the table and rolls the dice. As the dice stop, she starts jumping up and down and screaming, "I WON I WON I WON!" She gathers her winnings, puts the chips in her bag, pulls on her shirt, and walks out.

The two men at the table look at each other, one asks the other, "So what did she roll?" The other man says, "I thought you were watching?" 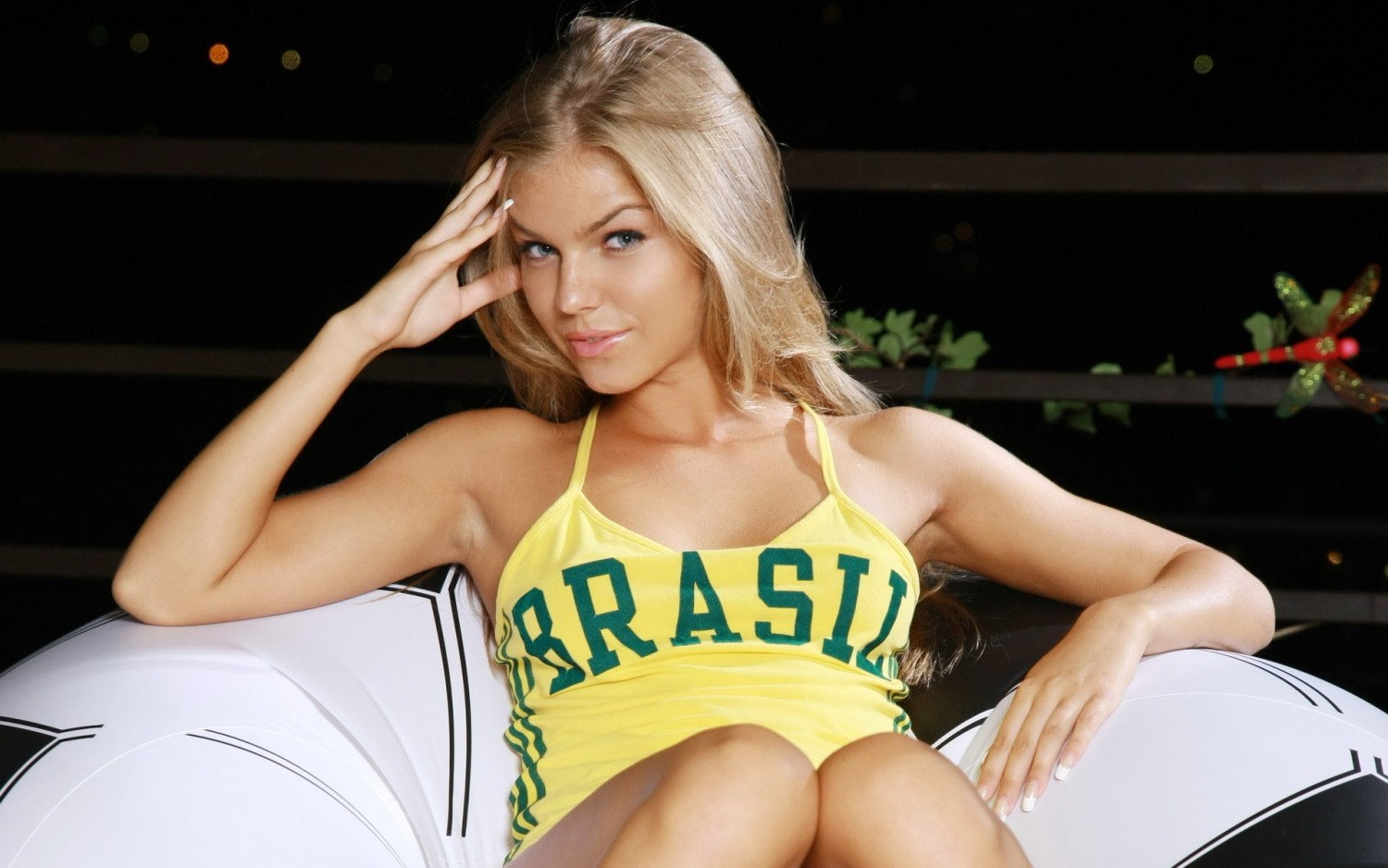 One day while on patrol, a police officer pulled over a car for speeding. He went up to the car and asked the driver to roll down her window. The first thing he noticed, besides the nice red sports car, was how hot the driver was! Blue eyes, blonde, the works.

"I've pulled you over for speeding, Ma'am. Could I see your driver's license?" "What's a license?" replied the blonde, instantly giving away the fact that she was as dumb as a stump. "It's usually in your wallet," replied the officer. After fumbling for a few minutes, the driver managed to find it.

"Trust me. Just do it." said the dispatcher. So the cop returns to the car, gives back the license and registration, and drops his pants, just as the dispatcher said. The blonde looks down and sighs… "Ohh no… not another breathalyzer…" 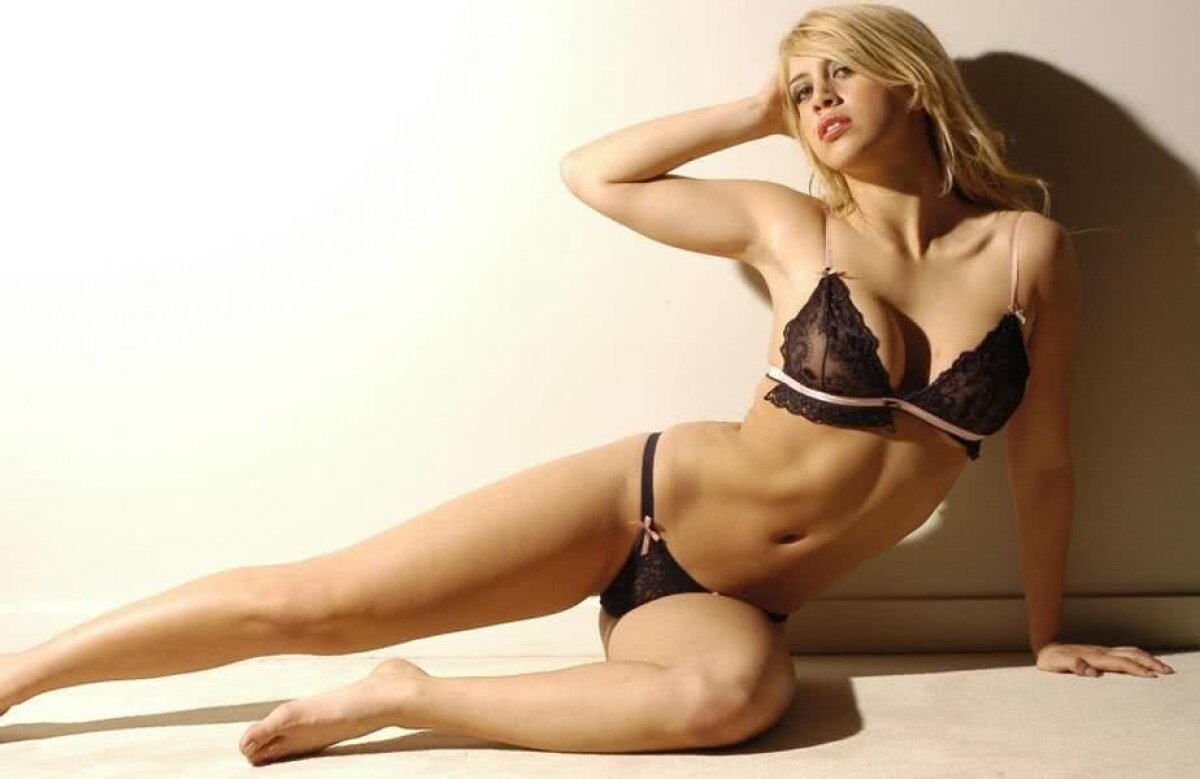 Three pregnant women visited a hospital to check the gender of their babies. While chatting in the waiting room, one lady said she was sure hers was a boy because she was on the bottom during sex. The second one went ahead to say that hers would be a girl because she was on top.

The third one, a blonde remarked ''can't wait to see my puppies!'' Boy, oh boy. 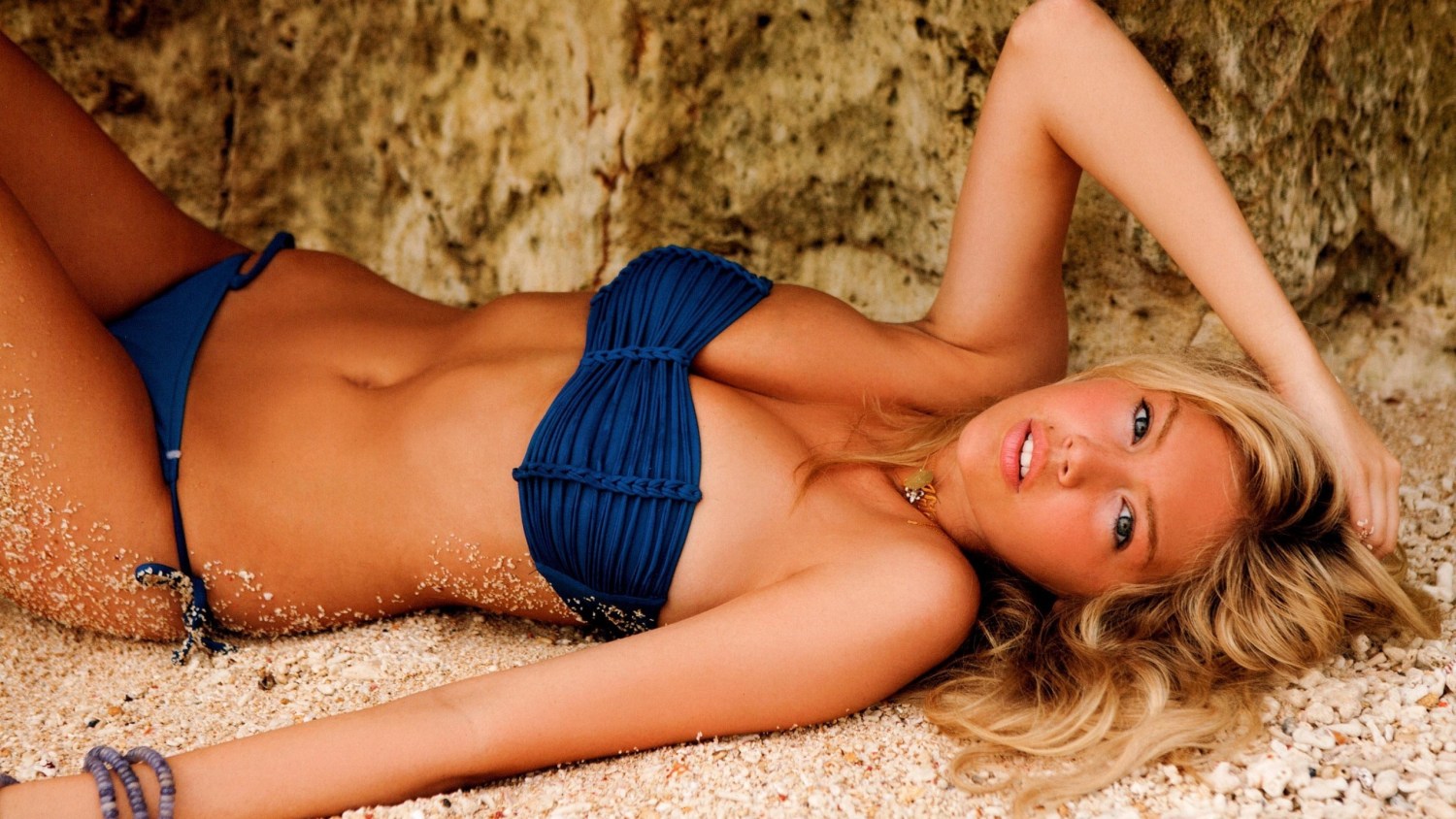 One blond says to another, "how did you die"? "I froze to death," says the second. "That's awful," says the first blonde. "How does it feel to freeze to death?" "It's very uncomfortable at first," says the second blonde. "You get the shakes, and you get pains in all your fingers and toes. But eventually, it's a very calm way to go. You get numb, and you kind of drift off, as if you're sleeping."

"How about you? How did you die?" asked the second blonde. "I had a heart attack," says the first blonde. "You see, I knew my husband was cheating on me, so one day, I showed up at home unexpectedly. I ran up to the bedroom and found him alone watching TV. I ran to the basement, but no one was hiding there either."

"I ran to the second floor, but no one was hiding there either. I ran as fast as I could to the attic, and just as I got there, I had a massive heart attack and died."

The second blonde shakes her head. "What a pity ... if you had only looked in the freezer, we'd both still be alive." 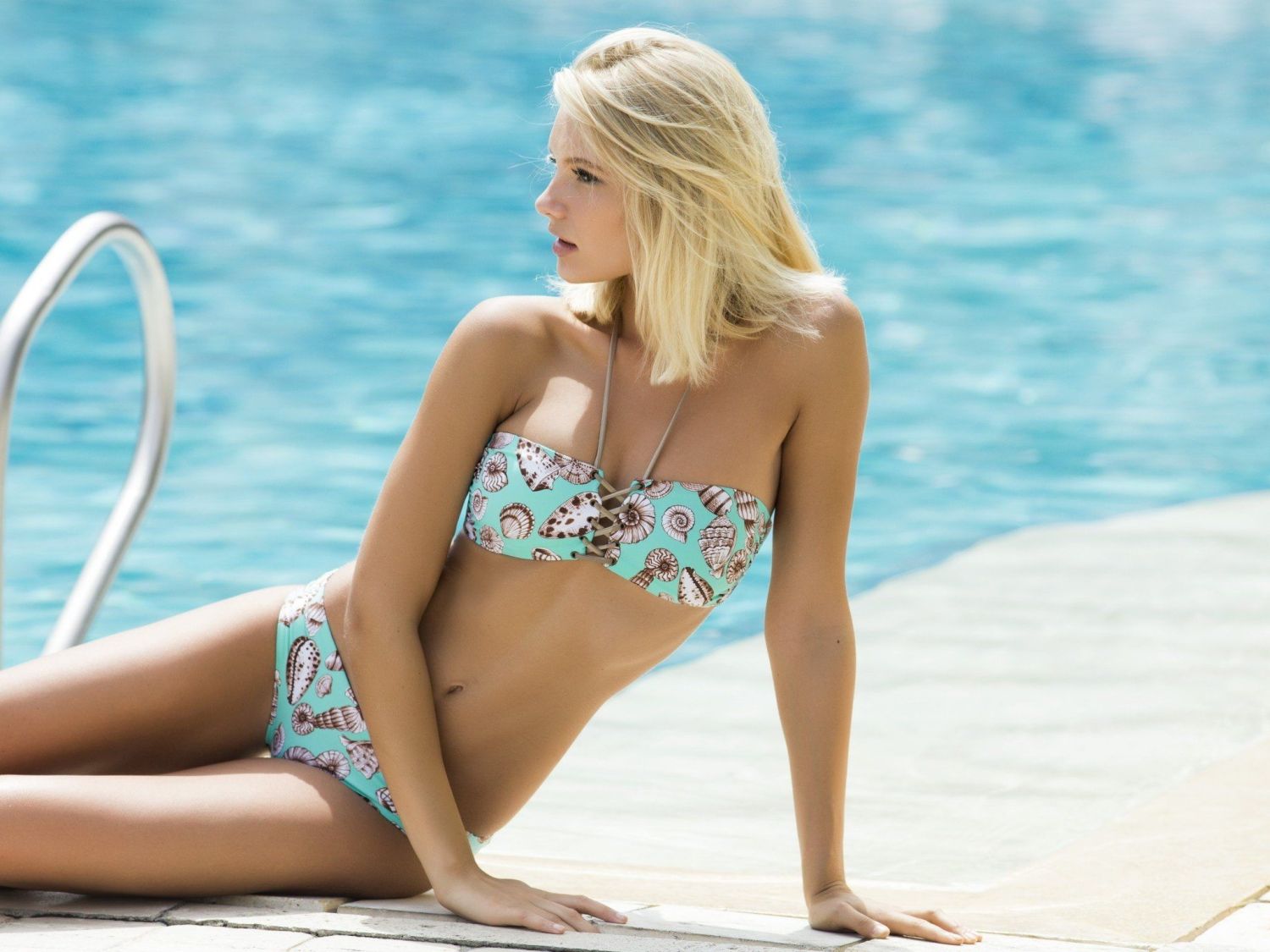 A man walks into a bar with his pet crocodile. The bartender screams and demands to get the man-eating creature out of there! The man tries to calm the bartender down and says he is well trained.

To prove it, the man whipped out his co*k and put it in the crocodile's mouth, then he hit the crocodile over the head, and after a few good smacks, he pulled it out and showed the bartender, "Look, no marks."

The bartender is still unsure, so the man asks, "Would anyone else like to try?"

The bar is quiet, and a few minutes later, a blonde in the corner stands up and says, "I will but don't smack me on the head!" 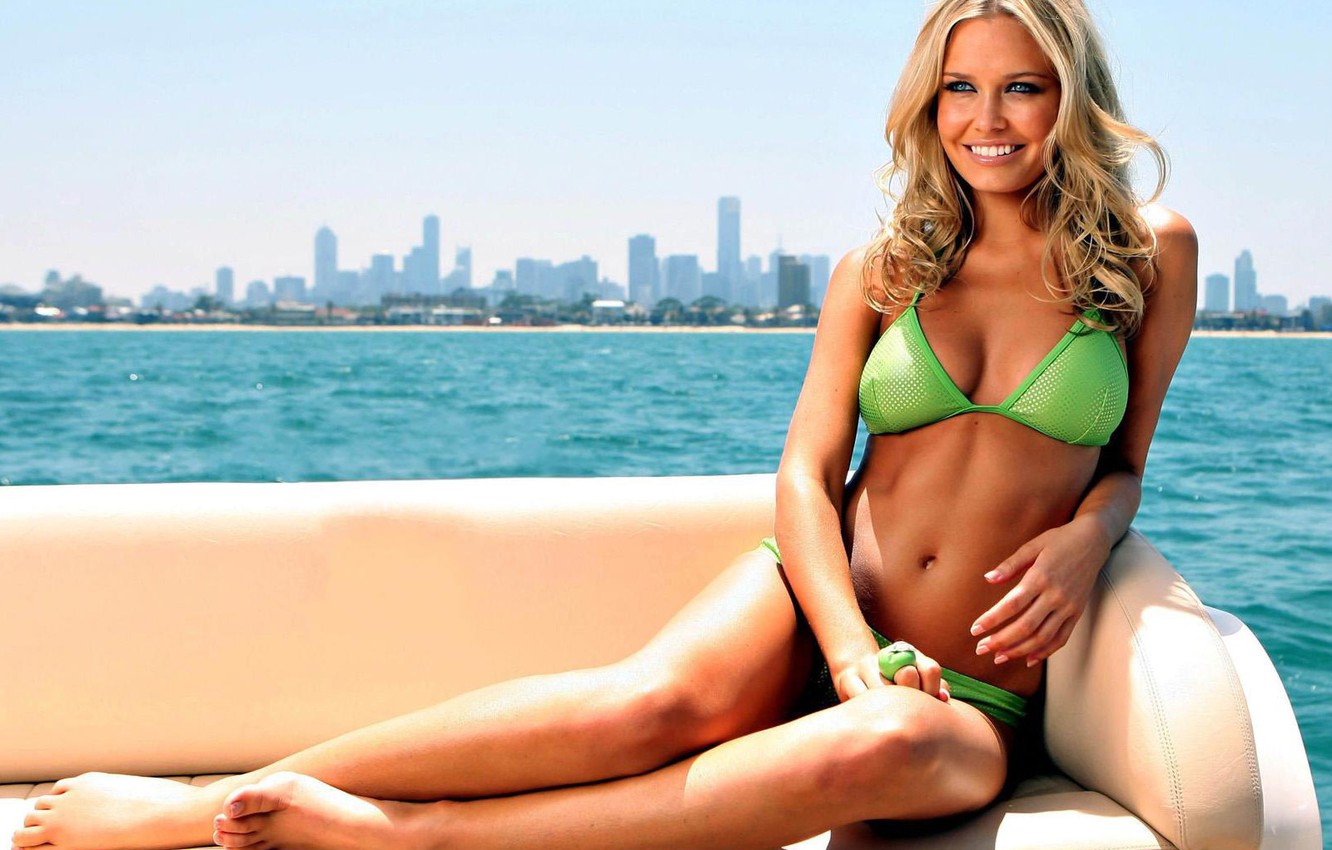 Two blondes were planning to rob a bank. The first blonde had a tendency to be smarter than the second. They went over and over their plans for the robbery and headed out to commit the crime. They pulled up in their car in front of the bank.

The first blonde gets very nervous. Finally, out comes the second blonde from the bank dragging the safe behind her by a rope, and seconds behind her comes the guard with his pants down. "No, you idiot! I told you to blow the SAFE and tie up the GUARD!" 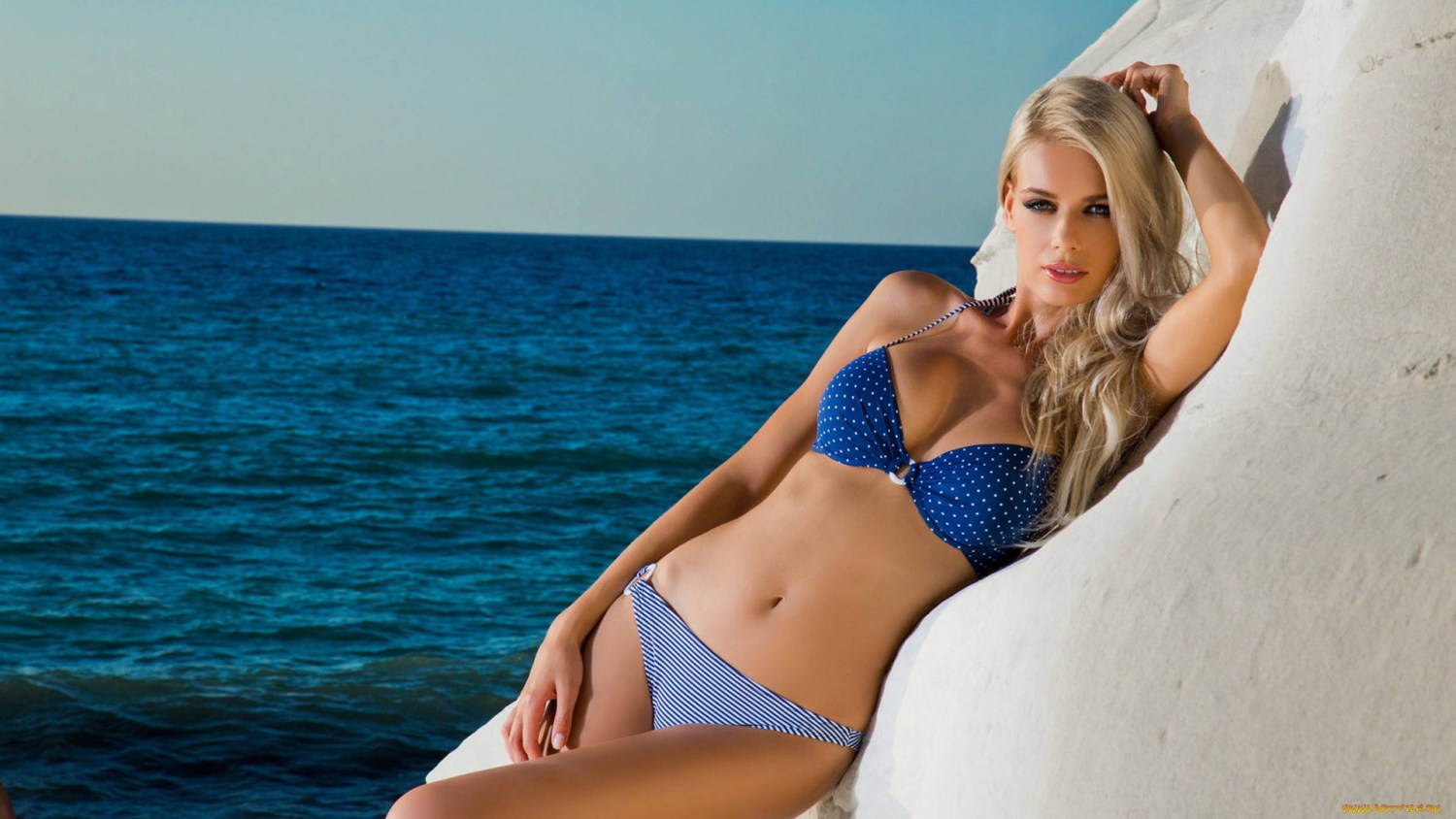 An Italian guy is out picking up chicks in Roma.

While at his favorite bar, he manages to attract one rather attractive-looking blonde.

So they're back at his place, and sure enough, they go at it. After a long while…

Then he rolls over, lights up a cigarette, and asks her, "So…. you finish?" After a slight pause.

Surprised but pleasantly, he puts out his cigarette, rolls back on top of her, and has his way with her again, this time lasting even longer than the first… and this time completing the deed with even louder shouts.

Again he rolls over, lights a cigarette, and asks, "So…. you finish?"

And again, after a short pause, she simply says, "No."

Stunned but still acting reflexively on his macho pride, he once again puts out the cigarette and mounts his companion du jour.

This time, with all the strength he could muster up, he barely manages to end the task, but he does after quite some time and energy is spent.

Barely able to roll over, he reaches for his cigarette … lights it again, and then asks tiredly, "So… you finish?"

Joe is sitting on a train across from a busty blonde wearing a tiny mini skirt. Despite his efforts, he is unable to stop staring at the top of her thighs. To his delight, he realizes she has gone without underwear. The blonde realizes he is staring and inquires, "Are you looking at my p*ssy?"

"Yes, I'm sorry," says Joe, promising to avert his eyes. "It's quite alright," replies the woman, "It's very talented, watch this, I'll make it blow a kiss to you." Sure enough, the p*ssy blows him a kiss. Joe, who is completely absorbed, inquires what else the wonder p*ssy can do. "I can also make it wink," says the woman.

Joe stares in amazement as the p*ssy winks at him. "Come and sit next to me," suggests the woman, patting the seat. Joe moves over and is asked, "Would you like to stick a couple of fingers in?" Stunned, Joe replies, "Good grief! Can it whistle, too?" 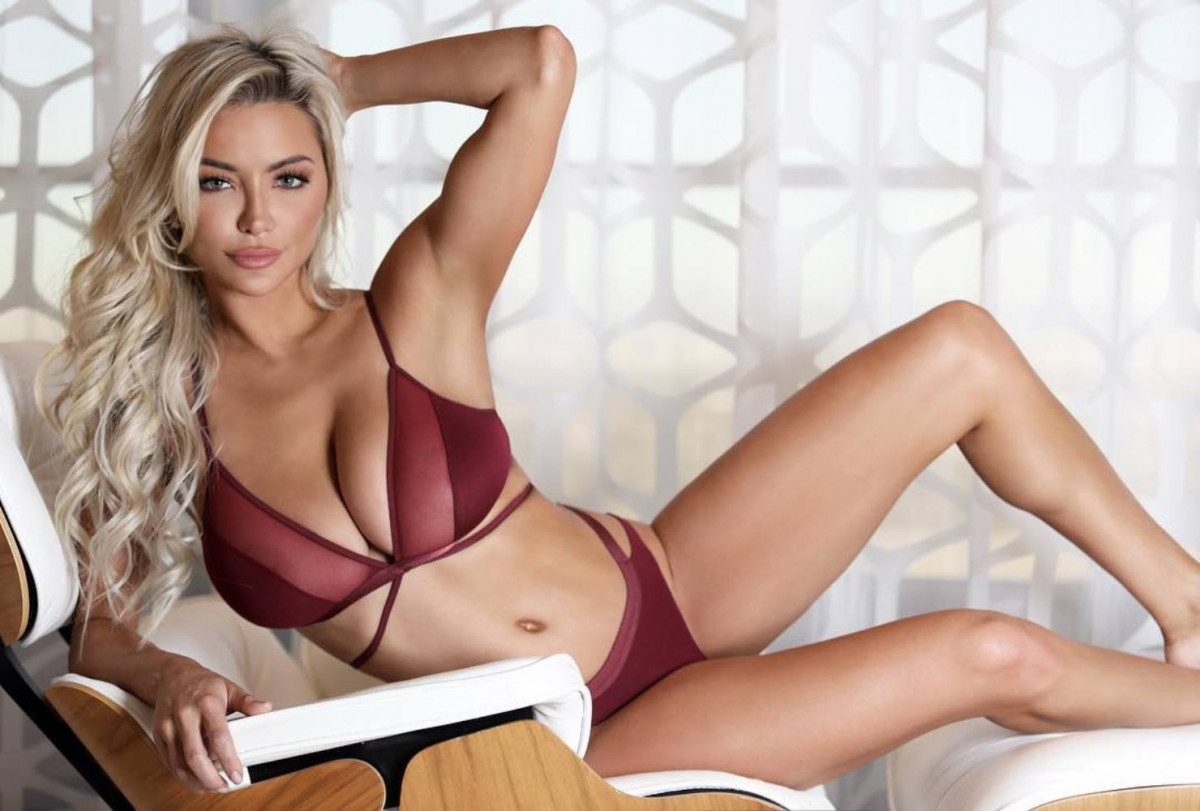 A blonde was driving home & got caught in a really bad hailstorm.

Her car was covered with dents, so she took it to a repair shop the next day.

The shop owner saw she was a blonde, so he decided to have fun...

He told her to go home and blow into the tailpipe really hard, & all the dents would pop out. So, the blonde went home, got down on her hands & knees & started blowing into her tailpipe... Nothing happened.

So she blew a little harder, & still, nothing happened.

Her blonde roommate saw her & asked, 'What are you doing?'

The first blonde told her how the repairman had instructed her to blow into the tailpipe to get all the dents to pop out.

The roommate rolled her eyes & said, 'Uh, like hello!

You need to roll up the windows first.!' 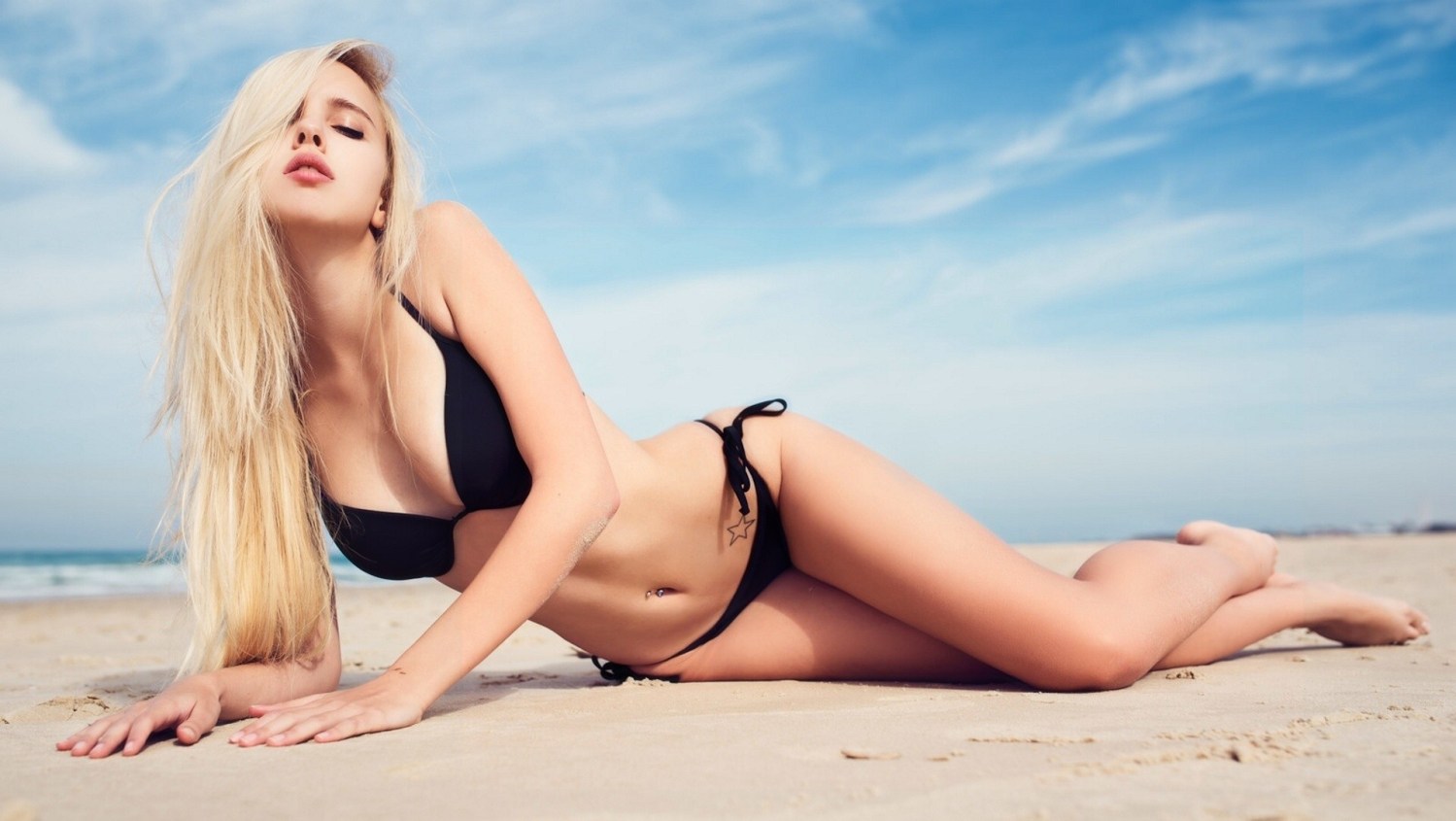 A blonde arrived for her first golf lesson, and the pro asked her to take a swing at a ball to see how she'd do.

The blonde did so and completely duffed the shot.

The pro said, "Your swing is good, but you're gripping the club too hard. Grip the club gently as you would your husband's penis.".

The blonde took another shot and nailed the ball 275 yards straight down the fairway.

The pro said, "That was excellent!!

"Let's try it again, only this time take the club out of your mouth."