A driver in Los Angeles drove through a red light and slammed into five cars at an intersection. His recklessness ended six lives, including the life of an infant and a pregnant woman.

The man was driving a black Mercedes, and after he crashed into the side of a traffic jam, a fire broke out. The incident took place in the Windsor Hills district. 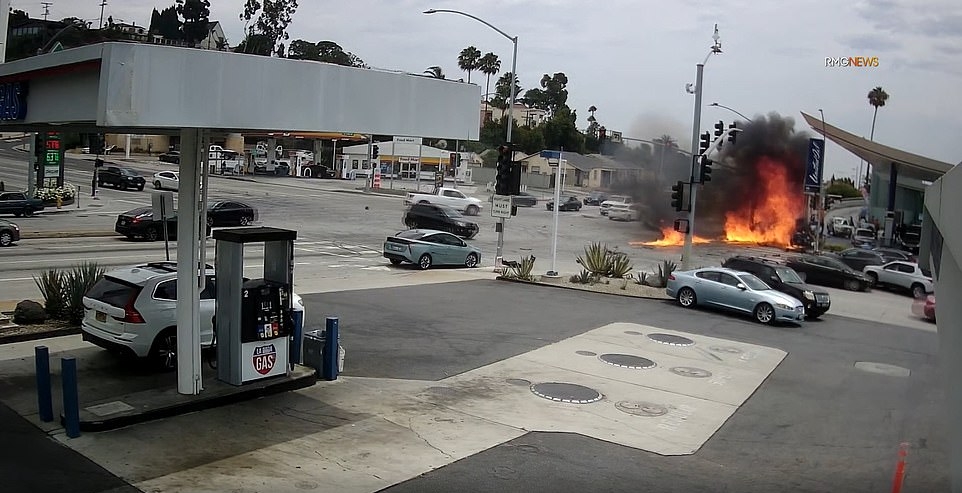 They were sent screeching across the street when the car rammed into the vehicles. The result was a mangled mess a few feet from gas pumps. 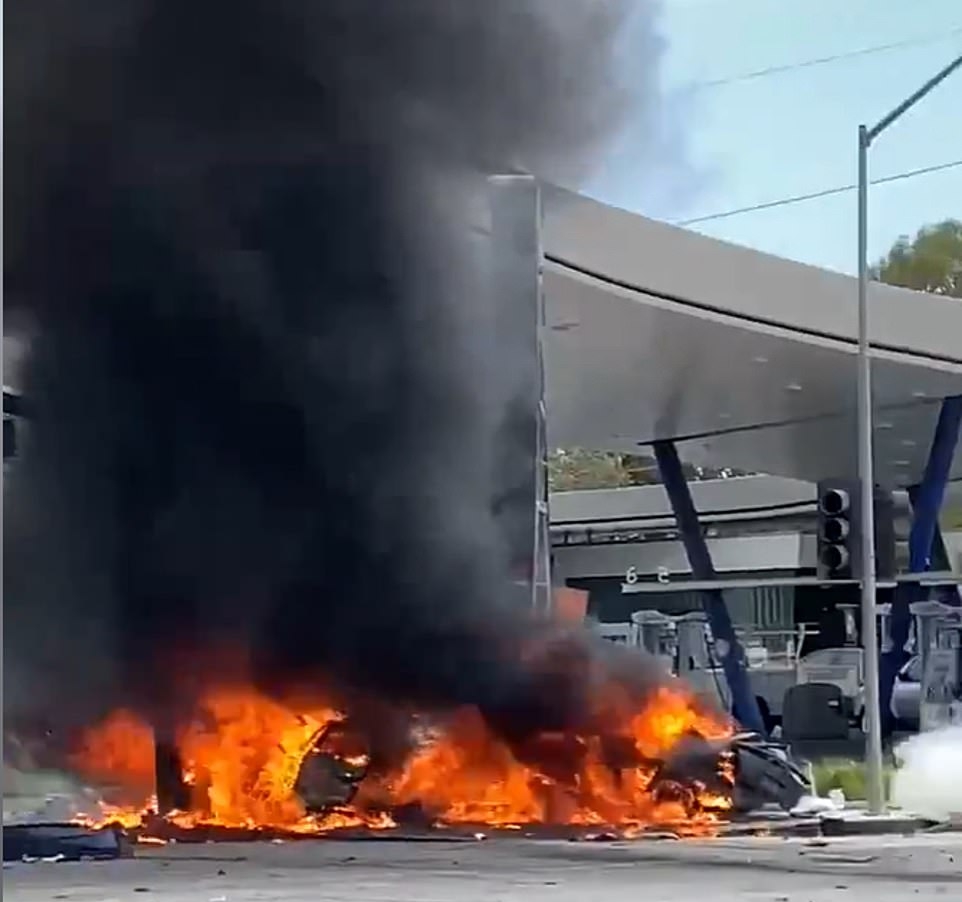 The horrific scene took place between South La Brea Avenue and Slauson Avenue. In addition to the dead, seven people were left fighting for their dear lives. 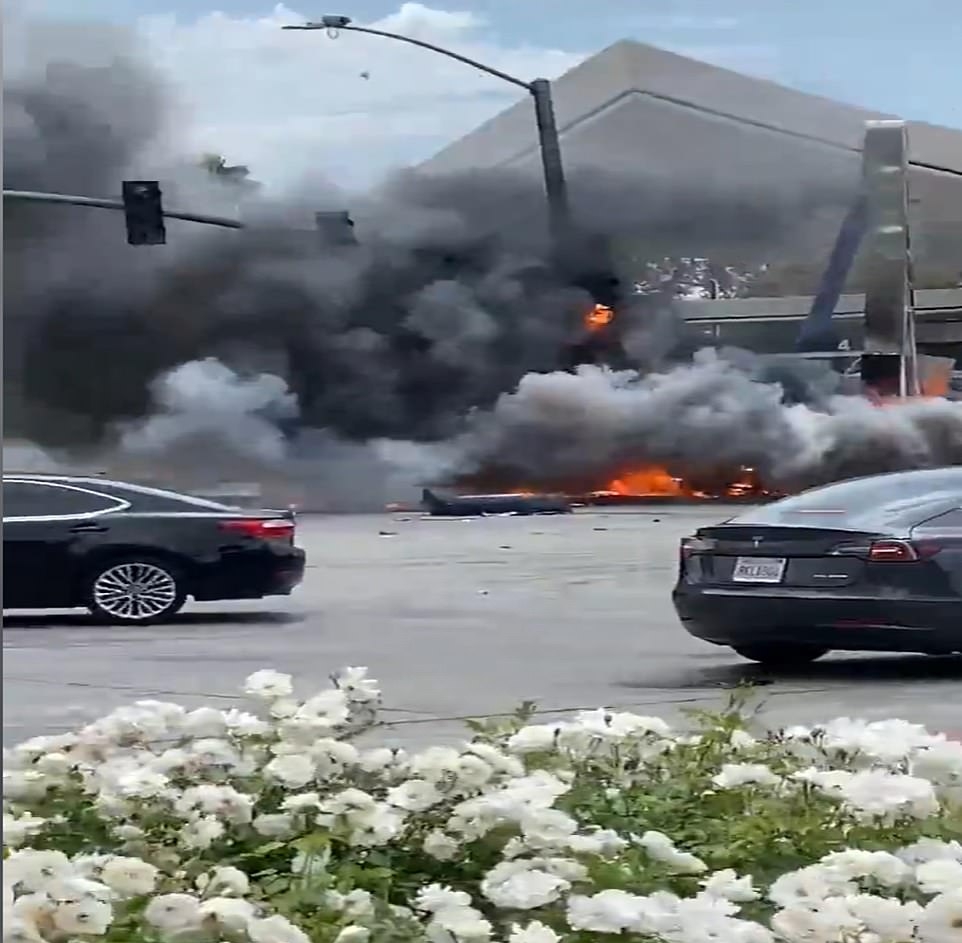 A number of them had terrible injuries after the tragic accident.

In a shocking video, which was recorded from a gas station that overlooked the scene of the accident, the Mercedes coupe can be seen racing past the gas pumps. 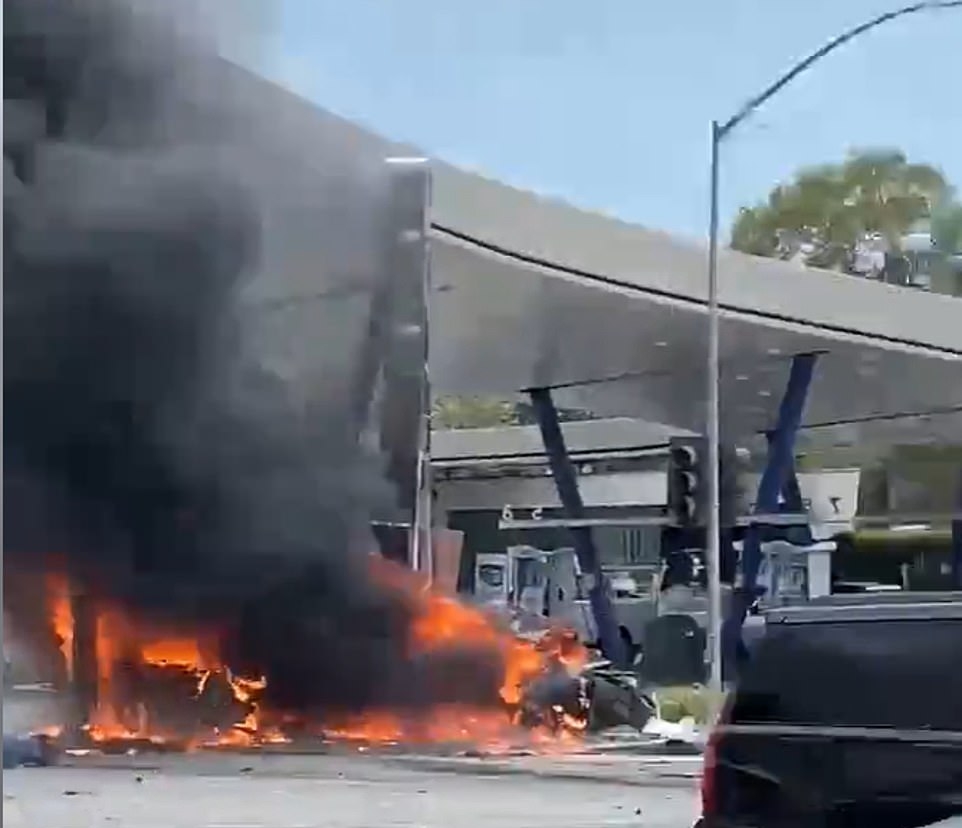 The vehicle did not brake and went right through the traffic flowing on both sides of the busy intersection. 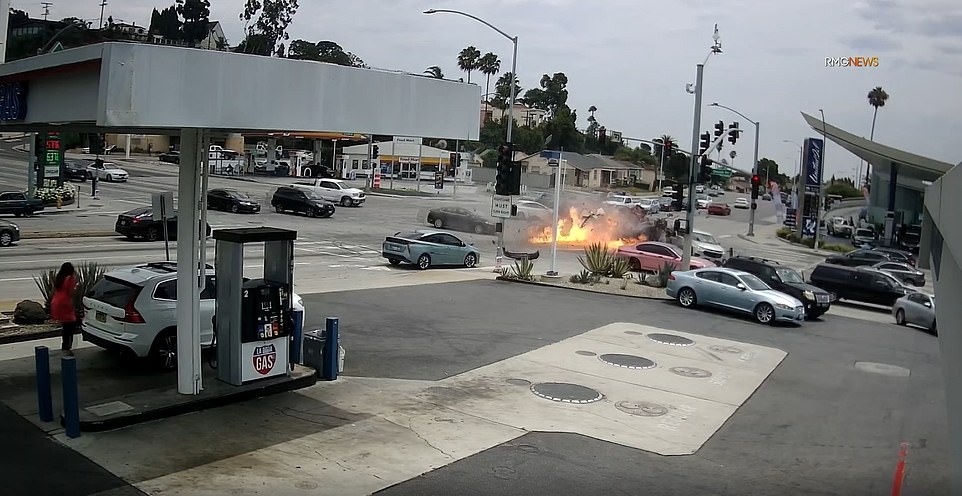 After the doomed vehicle slammed into the first vehicle, the affected car burst into a fireball. 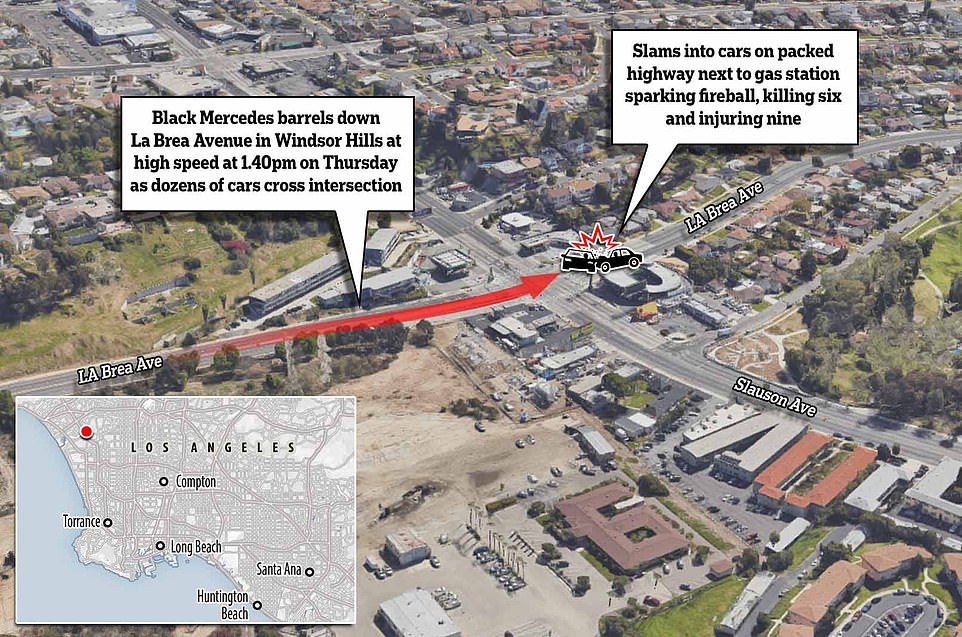 The Mercedes then hit several other cars, which were spun around by the massive impact. 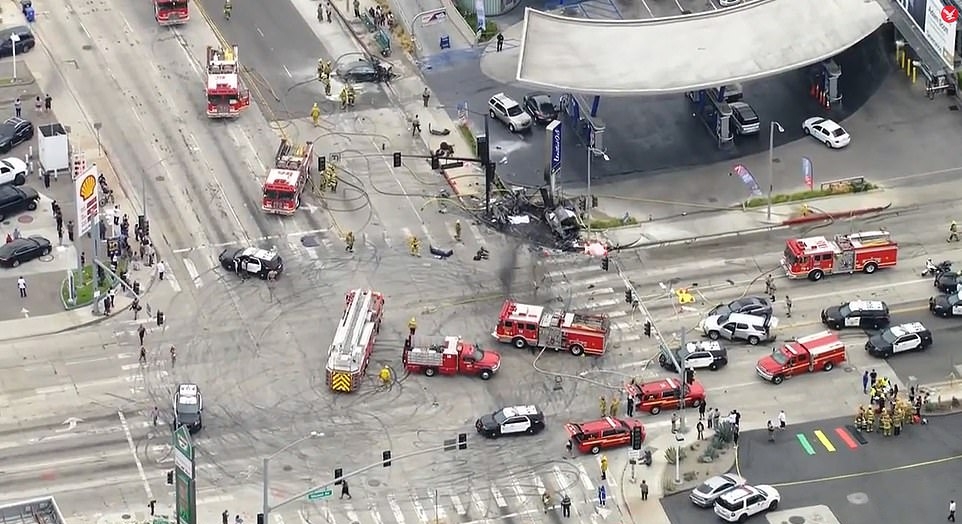 The force of the speeding car sent the vehicles in its path, hurtling towards the gas station just across the midsection. It finally stopped in a crumbled mess just before reaching a second gas station. 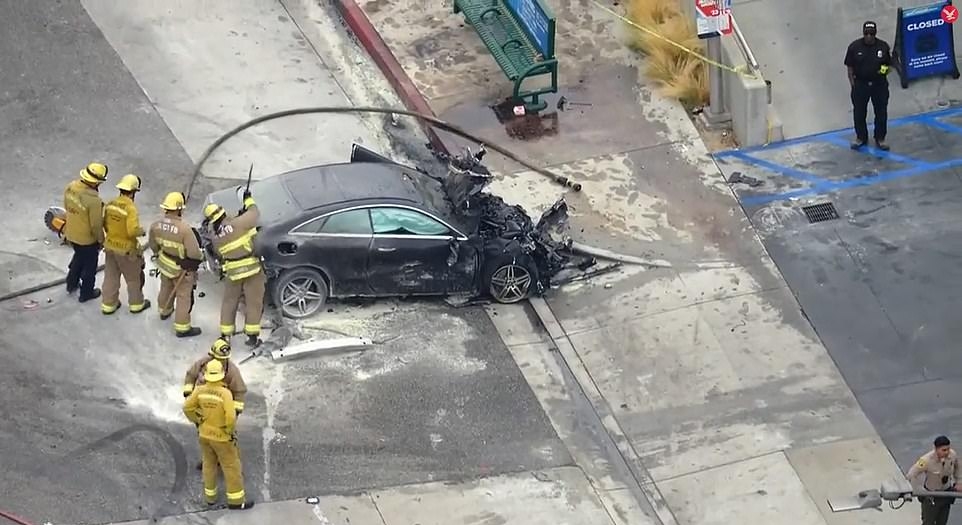 The second gas station is considered an architectural icon. 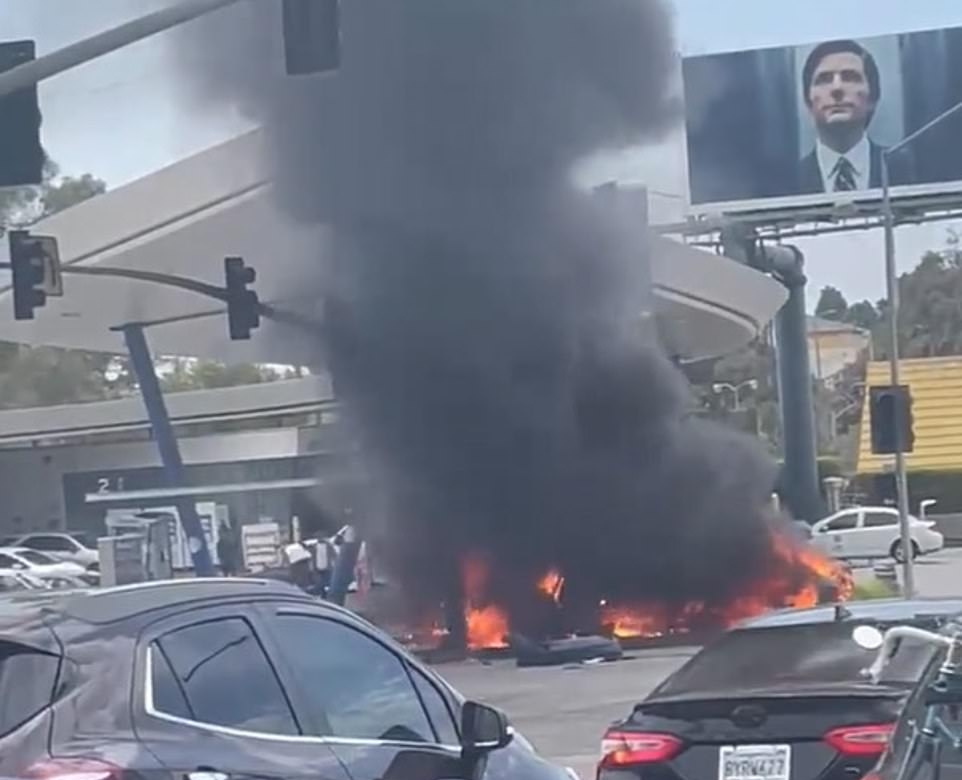 In images posted on social media, the vehicles that got hit were left without wheels and roofs after the accident. Other cars were in flames, and it was clear that they were burnt out after the fire was put out by firefighters soon after the crash.

One of the vehicles was turned upside down, and it only stopped after it suddenly stopped under the sign for the gas station. A witness said that two of the cars exploded, after which there was "fire everywhere." 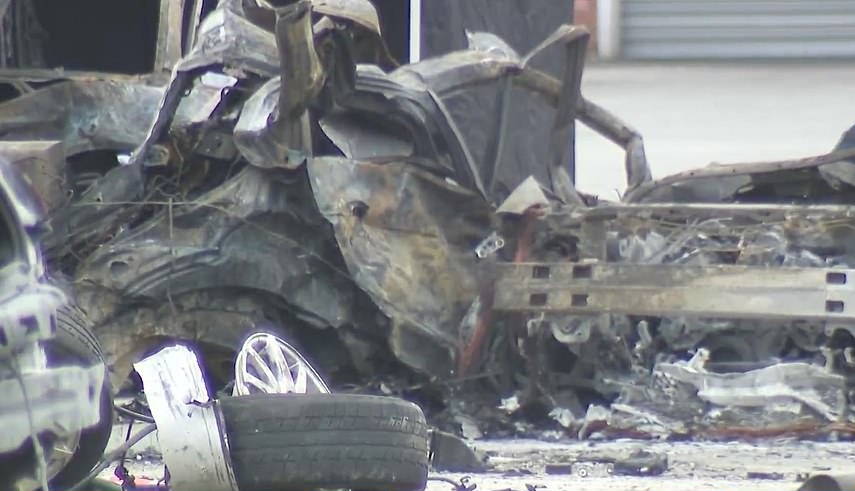 According to another witness, the whole intersection seemed like it was on fire. There were also sparks of electricity. 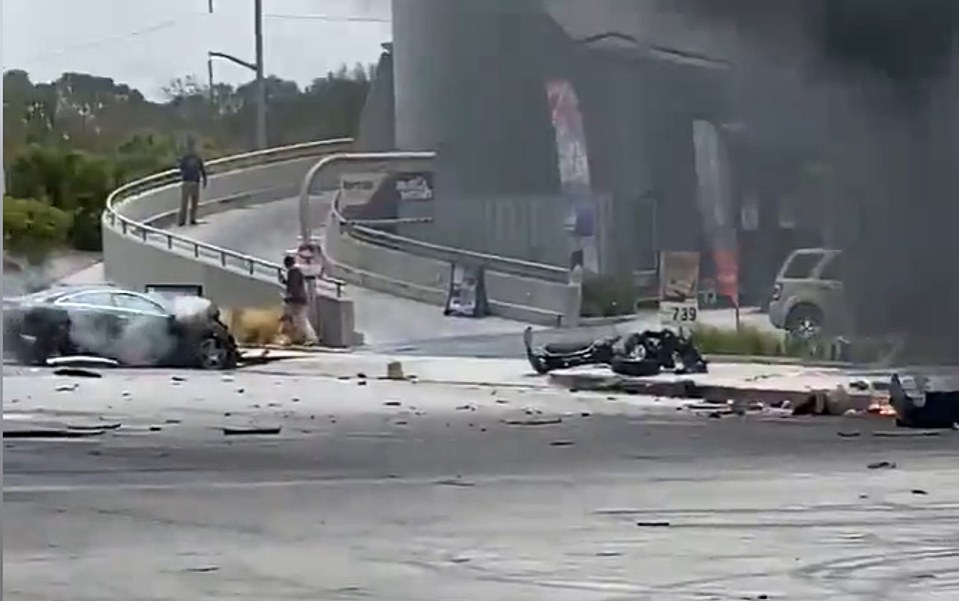 This witness even assumed that a bomb had been dropped at the intersection:

"I was under the impression that really at first, I thought they dropped a bomb on us. I thought another world war had started. Then I realized it was a car into the sign." 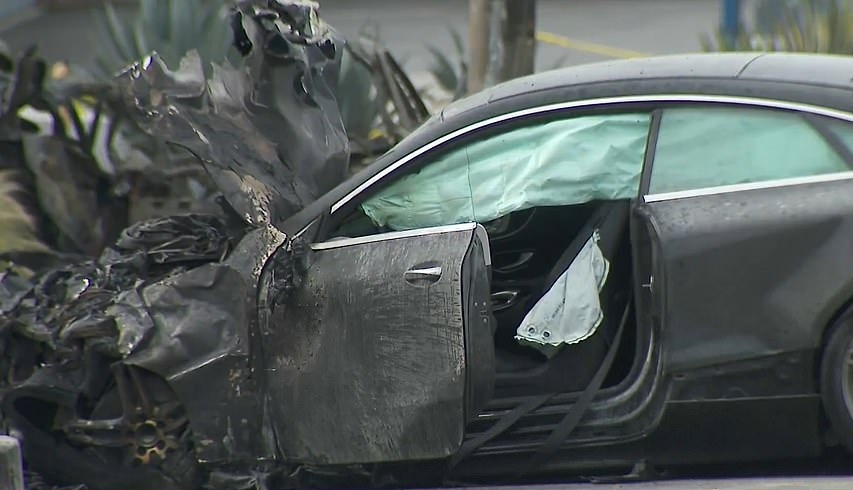 It was only after the fire went away that the witness, Harper Washington, realized that there were two cars there. He also saw some people on fire.

Debra Jackson was putting gas in her car when she heard the big explosion and saw the flames, which went over her entire car. She thought that her vehicle was ablaze. 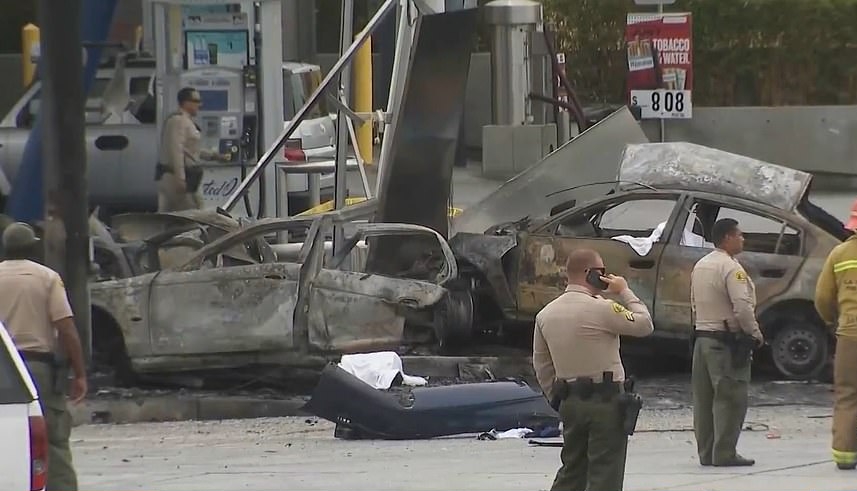 Veronica Esquivel was about to pump gas into her car when she heard noises all around due to the collisions. Then she saw the explosion and things flying through the air.

She took cover behind the pump. 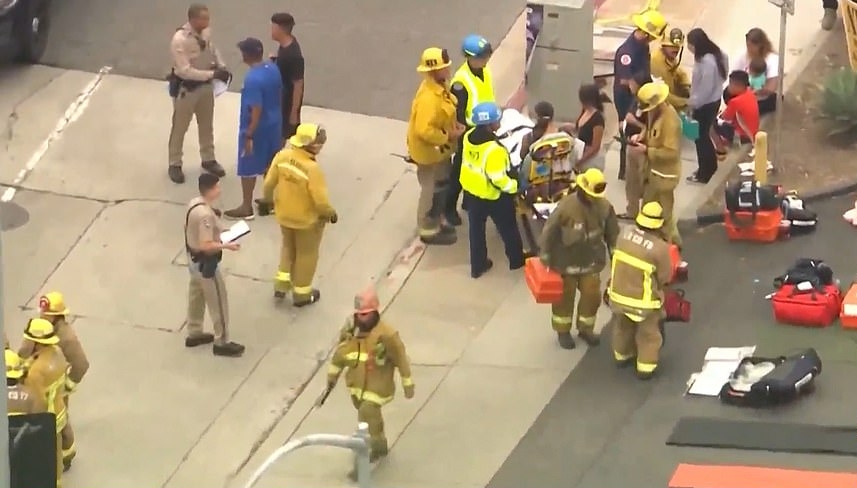 After the accidents, four adults died, including the pregnant woman. An infant also died in the accident. The names of the victims have not yet been revealed.

Nine people got injured, and eight were rushed to the hospital. Six of these people were children and teens. 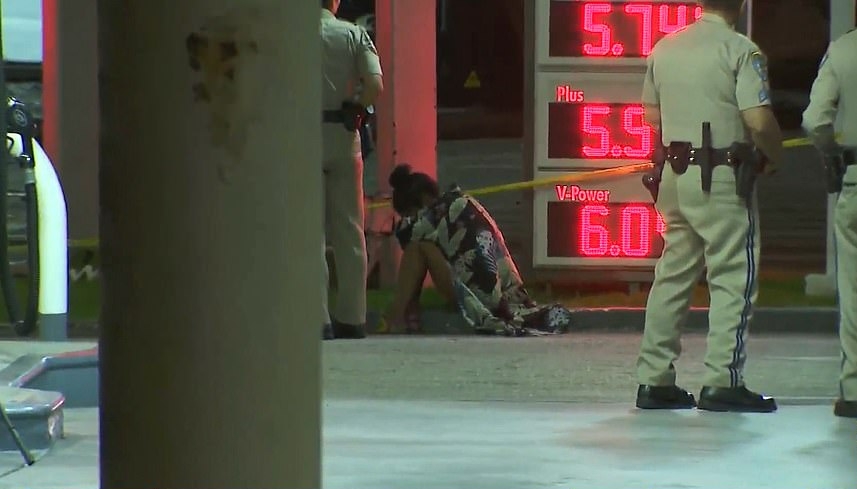 The Mercedes driver survived with serious injuries. The California Highway Patrol claimed that the scene was like a "war zone" due to the car parts that were scattered all over the place. 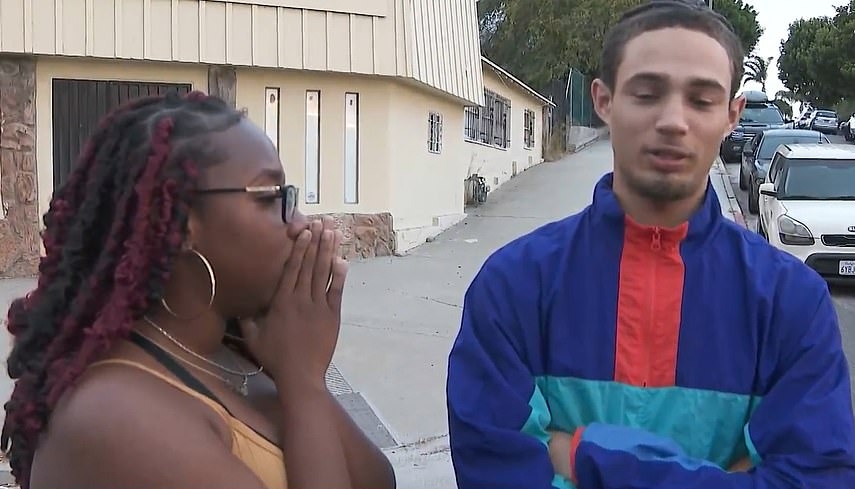