Like something from a horror movie, a homeowner discovered a rag doll accompanied by a chilling note in a wall in his new home.

32-year-old Jonathan Lewis had noticed that the space beneath the stairs in his new home in Liverpool was boarded up. He decided to check it out, and guess what he found?

The primary school teacher bashed through the wall, only to see an innocent-looking rag doll in a pinstripe dress holding a chilling note. It claimed that the doll had killed the previous owners of the house.

"Dear reader/new homeowner, thank you for freeing me! My name is Emily. My original owners lived in this house in 1961. I didn't like them so they had to go. All they did was sing and be merry. It was sickening. Stabbing was my choice of death for them so I hope you have knives. Hope you sleep well." 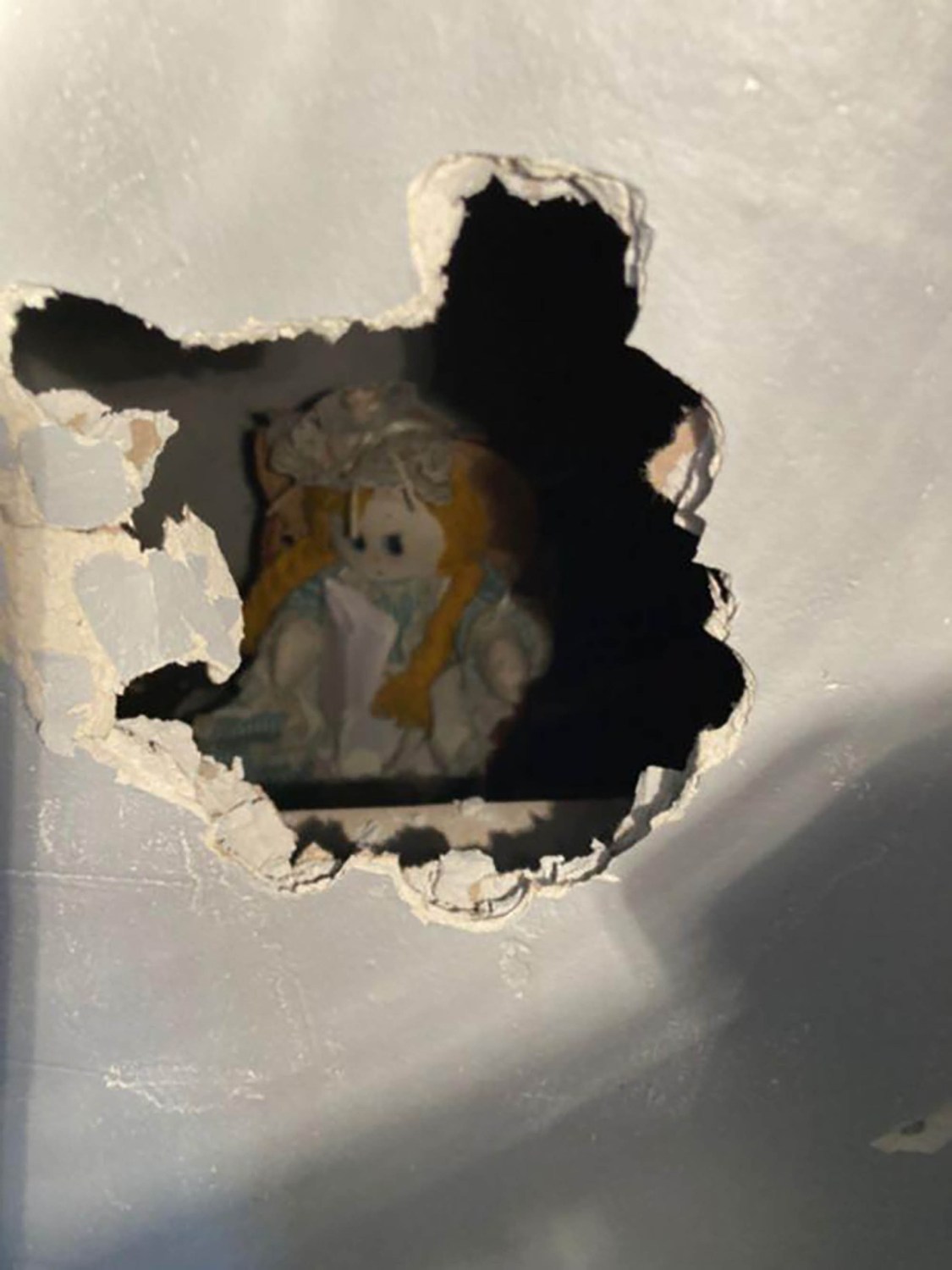 How is he supposed to sleep well or at all?!

"I've just bought the house and I got the keys on Friday. I kind of knew there was this void underneath the stairs that had been plaster-boarded up. There was a wire coming out where the previous owners had the fridge but I didn't know where the wire was plugged in so I knocked through a bit of the plasterboard to see what was there."

"I knocked through a hole about the size of a fist, shone a light in and there was a doll just sitting there." 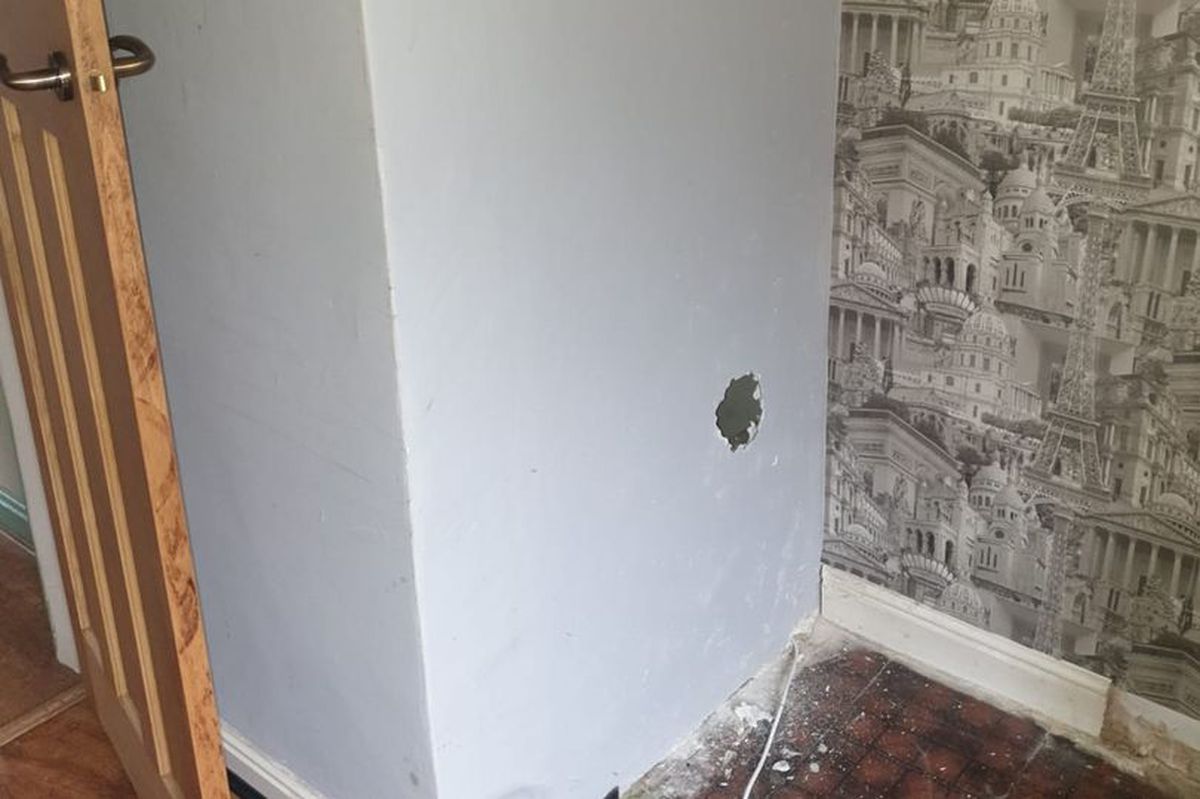 It does seem like a prank pulled by the previous owner. That wire was strategically left to be found. Also, according to the estate agent, the kitchen was redone about five years ago, which means that the doll was likely placed there around that time.

Jonathan seems to be taking it all in in good faith. Although he has been urged to put the house back on sale, he refuses. He says:

"Some of my friends have told me to put my house back on the market and move out but I think it's just a laugh. I'll be honest. I found the whole thing hilarious. I'd probably do the same thing. " 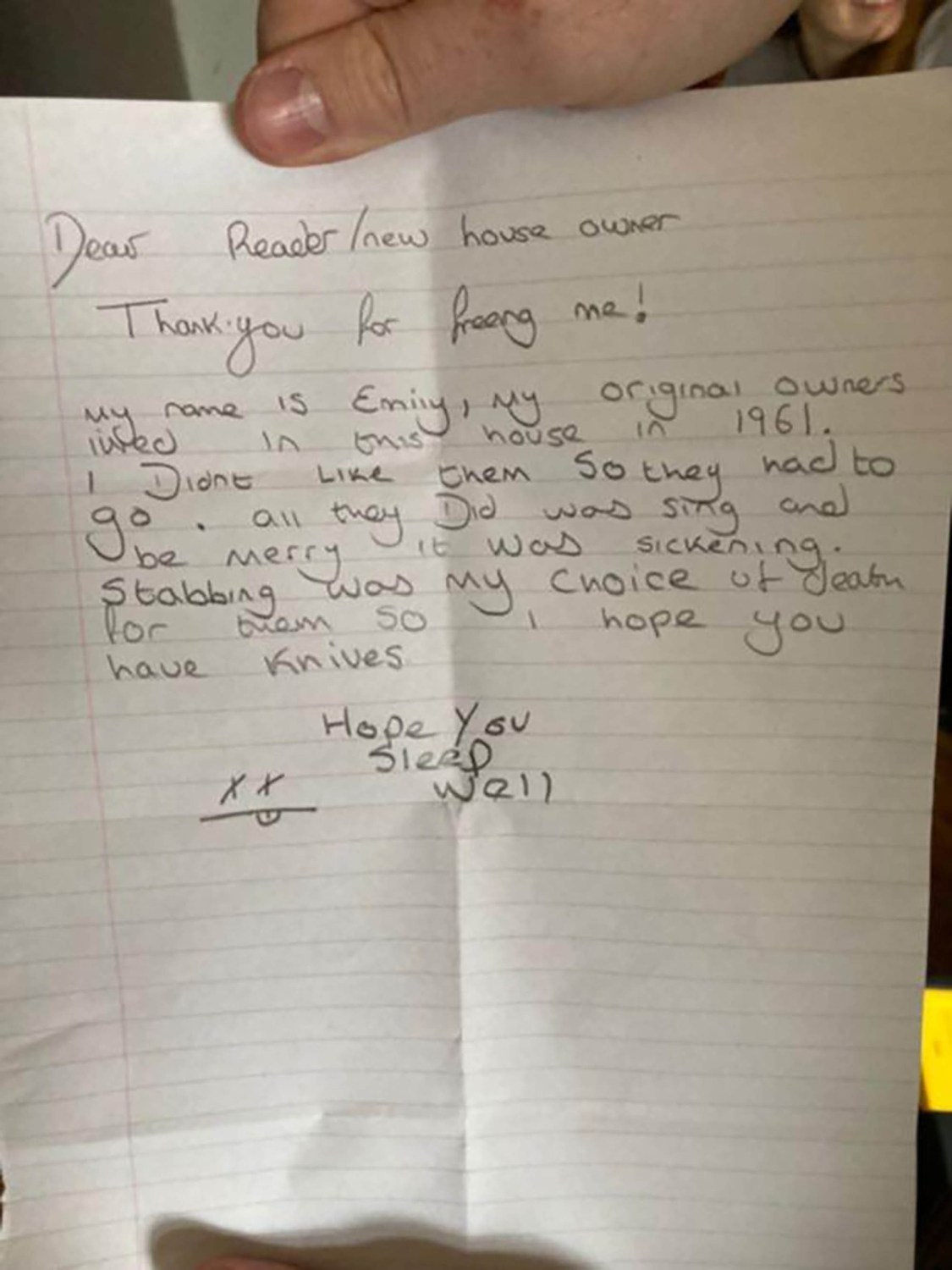 "The letter says 1961 but the estate agent said when she was showing me around, that the kitchen was only done four or five years ago. I think it must have been put there then because the paper doesn't look very old and looks relatively recent."

Jonathan is such a brave heart. Many would likely be skeptical and chose to be on the safe side by putting the house back up for sale. What would you do? Do you find such pranks funny? Would you retain the place like Jonathan? Or are you one to pull similar tricks?