A homeless teen has become a social media sensation after revealing how he cooks inexpensive yet innovative meals while living in a car with his mom.

One can become homeless for many reasons. But regardless of the cause, the need to survive is real.

This homeless teen decided to show how he survives on the street on as little as under $1.25 a day.

Taking to TikTok, the teen — going by username @randomhomelessguy2 — shared a video showing how he prepares meals and at a very tight budget.

At the start of the video, the teen explains that he cooks his food with a cooker that he bought at Walmart for just $15. 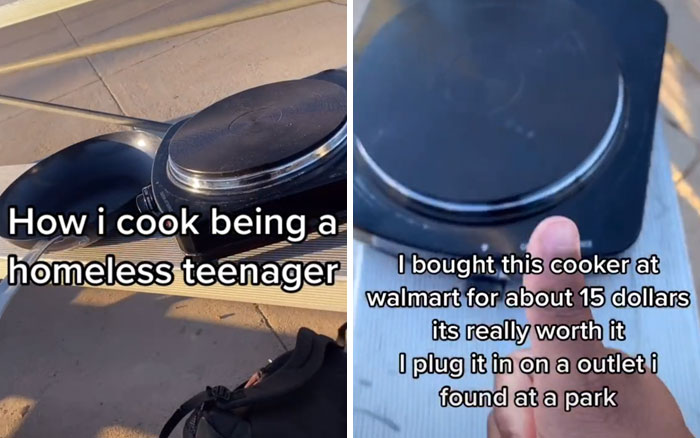 He then plugs the cooker into an open electrical outlet at a park.

The teen then fills a bottle with water from a public fountain and pours it into the pot. 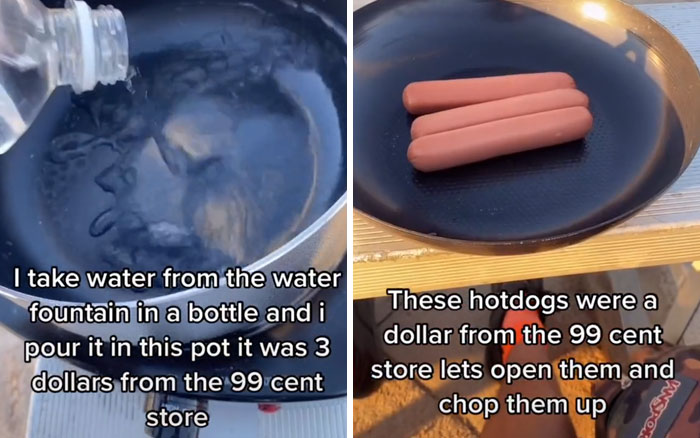 While waiting for the water to boil, he dices up a package of hotdogs — with a plastic knife — he also bought at the 99 Cents store. 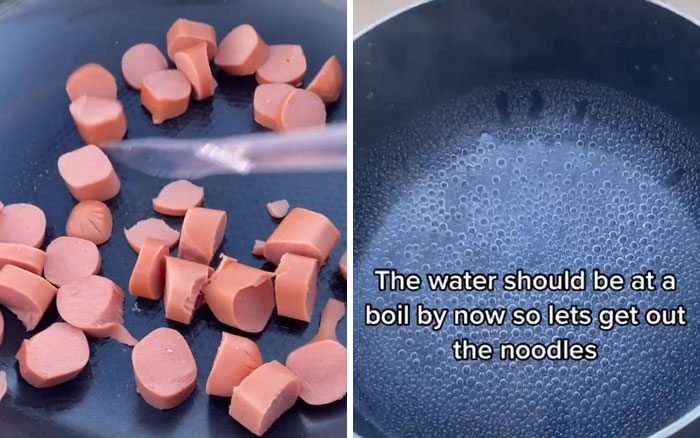 Once the water boils, the teen adds pasta that he had bought at the Dollar Tree and then cooks it to completion. 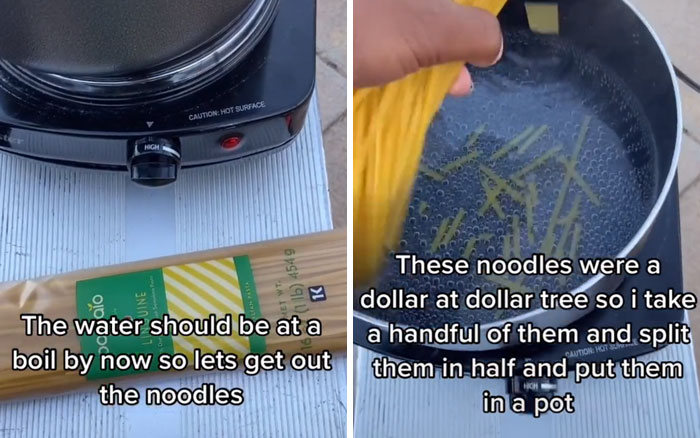 To complete his dish, he adds a can of sauce and the hotdogs, giving the camera thumbs up while the meal simmered. 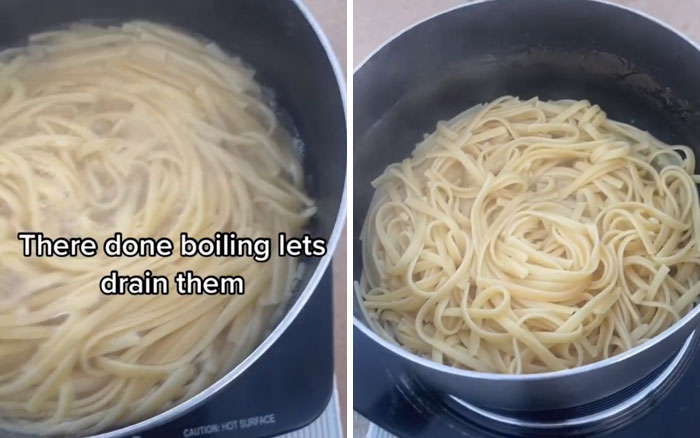 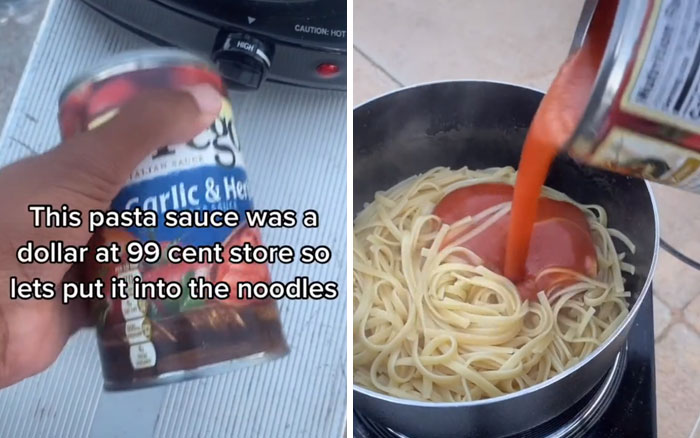 At the end of the clip, the teen reminds viewers that he gets his clean water from a drinking fountain and his plastic utensils from restaurants. 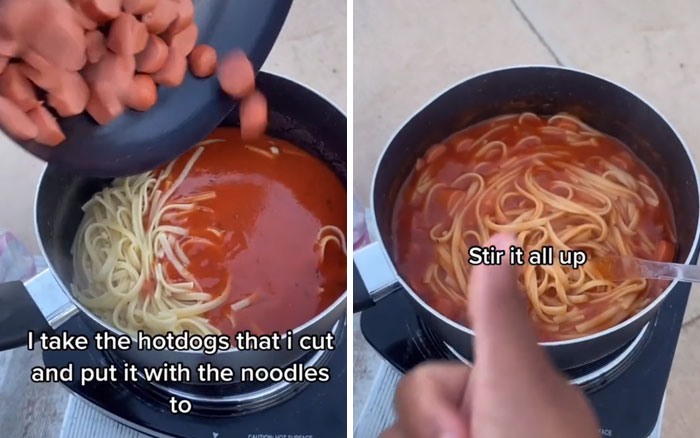 After sharing the clip, the comment section was exploding with concerned viewers suggesting to set up a GoFundMe, CashApp, and Venmo to raise some money for him and his mom.

While some viewers felt quite altruistic, some TikTokers suggested that he sell his cellphone in order to have more money.

Others even questioned whether he was really homeless because he owns a smartphone.

But the teen explained that his mom bought him an iPhone before they were homeless, and she still pays the phone bills. He added that they both sleep in her car at night, and they both have phones.

The teen also explained that their phone contract includes unlimited data, which helps him make his TikToks.

♬ Coffee for Your Head - Vinyll

He then thanked his viewers for the concern but declined the financial help. 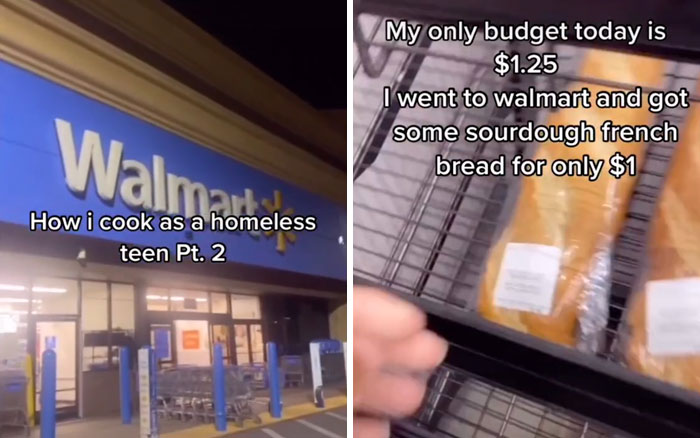 In the second video, he first reveals that his budget that day was $1.25.

He then explains he has some ramen noodles for 50 cents that he kept in his backpack for about a week. 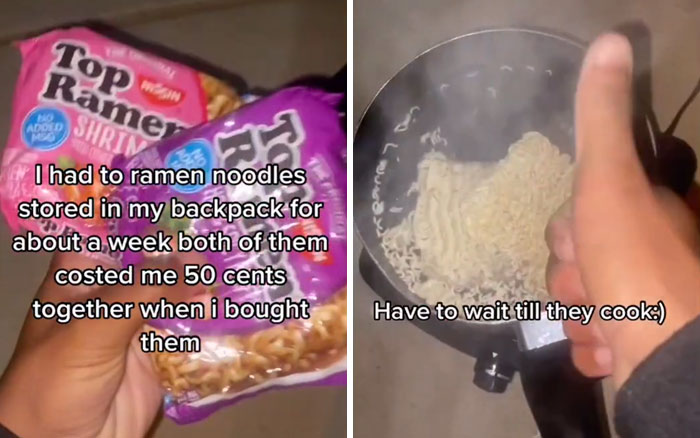 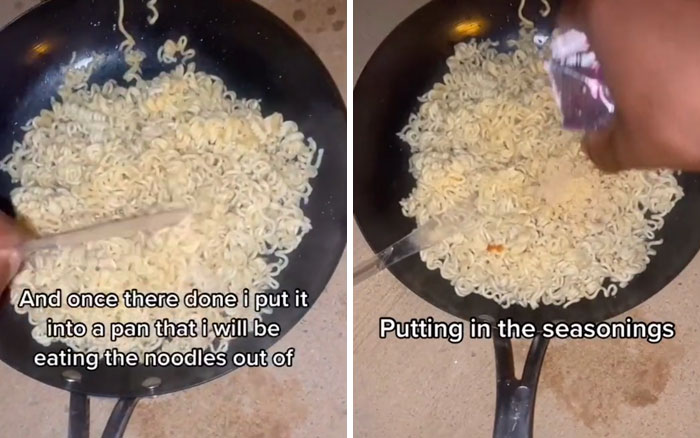 He also bought bread that he shares with his mom. 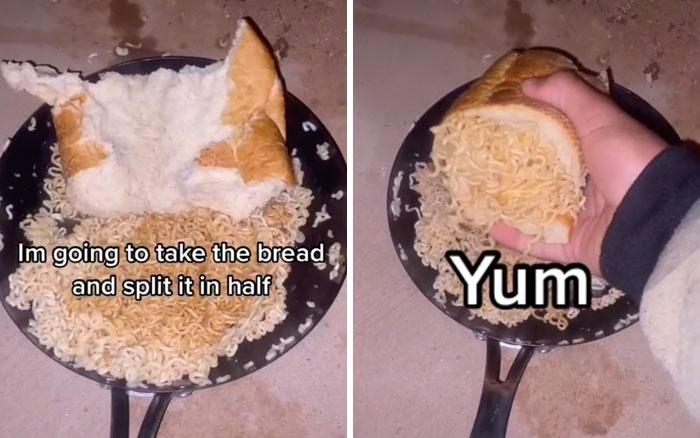 ♬ Coffee for Your Head - Vinyll

And in just 10 hours, his second video garnered more than 1.1 million views.

In his most recent TikTok, the teen expresses his understanding of doubts from the people questioning his situation.

He also acknowledges that some people create videos to chase fame.

According to Homeless Children's Education Fund, more than 62 percent of youth experiencing homelessness own cell phones.

But some people may be quick to wonder, why would a homeless person prioritize a cell phone? Also, if someone can't afford stable food and housing, how can they afford a phone?

The answers are eye-opening.

First, owning a cell phone offers a great way to locate resources that can help someone rise out of homelessness.

Secondly, like the housed, the homeless need to keep in contact with doctors' offices and have a way to call 911 in case of an emergency.

Also, along with being an anchor to physical necessities, cell phones are an anchor to resilience. For instance, in today's day and age, they are crucial in applying for jobs.

How People Reacted to @Randomhomelessguy2 Videos 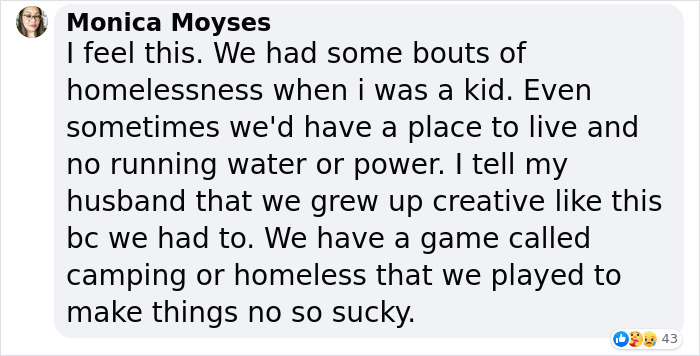