Between 1852 and 1953, many prisoners died of diseases, malnutrition, mistreatment, and failed attempts at escape from the dreaded Devil's Island. The prison facility was located in a French colony in the Caribbean.

In reality, Devil's Island was a combination of three islands off the coast of French Guiana and part of Cayenne. In total, the prison consisted of 34 acres of land.

From afar, you would have thought Devil's Island was a fantastic holiday getaway, thanks to the many palm trees and the beautiful ocean waters. However, the seemingly welcoming island was the scene of many horrors and deaths.

It is estimated that tens of thousands of men perished on the island. The prison guards on the island were ruthless.

The French had on many occasions failed to colonize French Guiana, and they made their last attempt in 1763, but about 75% of the 12,000 colonists sent there died within their first year at the island. Several years later, those who had survived were almost all gone.

In the end, it was decided that the colony would be used as a prison.

Some of the crimes that resulted in people being sent to the Devil's Island included murder and offending Napoleon III. However, some of the people who ended up there were completely innocent.

In the end, very few of those who ended up at Devil's Island ever made it back to France. This gave the island the reputation of being one of the most feared prisons ever.

How Was Devil's Island Created? 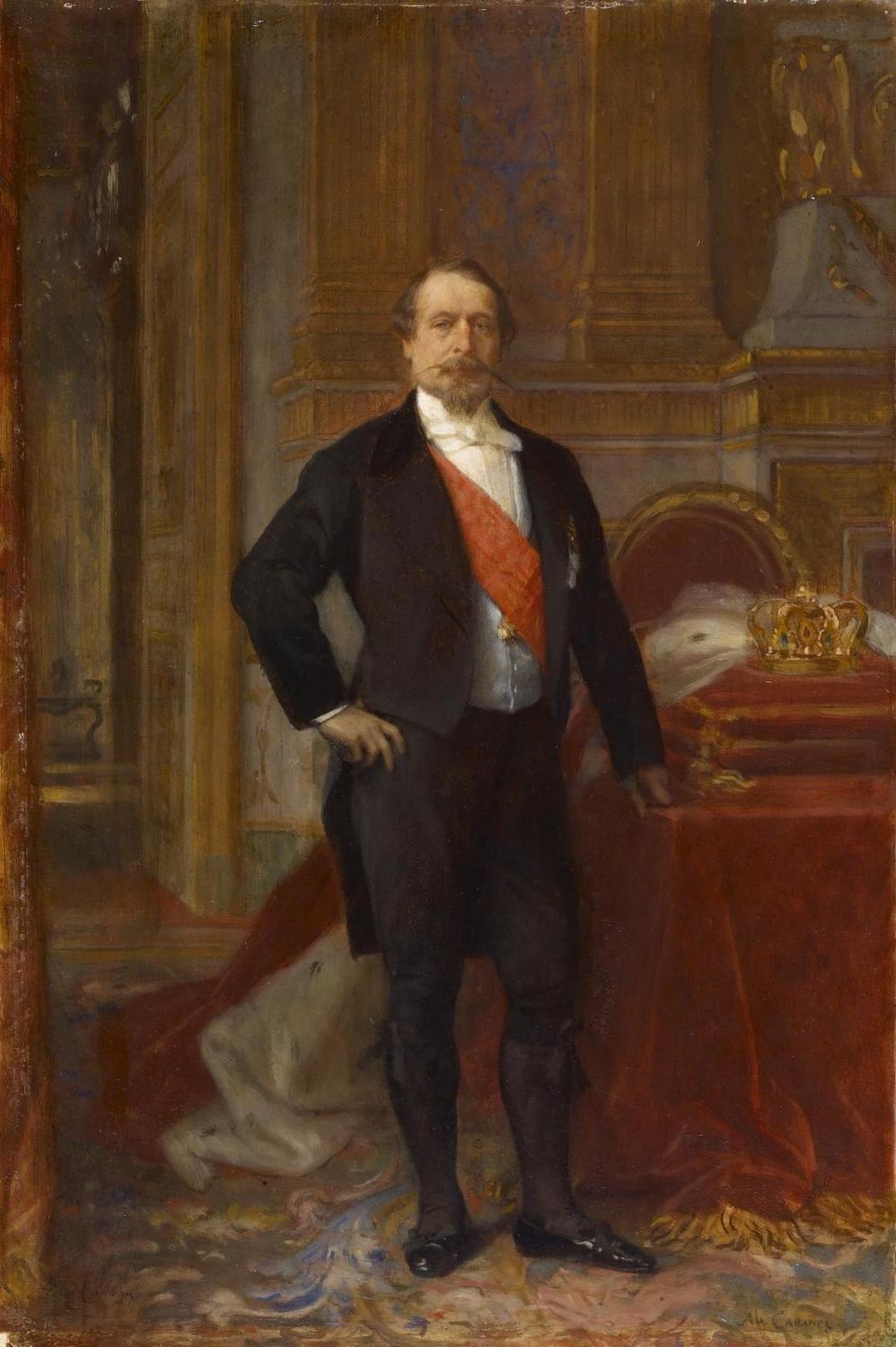 Initially, Devil's Island was a place of refuge. People would run away to the island to escape from yellow fever.

In fact, the island was referred to as the Salvation Islands until Napoleon III came along.

He saw the location as a good way to rid himself of political enemies. Therefore, anyone who was opposed to him was sent there as a prisoner.

The island allowed him to ensure that criminals were removed from the country, although these convicts were also expected to help with the colonization of French Guiana.

The prisoners would also offer cheap labor to replace enslaved workers that the French had freed in 1848.

It was for this reason that ships filled with prisoners were sent to the Devil's Island.

The prisoners were taken there by boat and separated into groups based on the severity of their crimes. Prisoners were then subjected to harsh labor, and those who were unable to keep up were beaten up and denied food and water.

The prisoners were often overworked, and many were worked to death. The inmates were cruel to each other, and the guards were often much worse to the unfortunate prisoners.

The Many Dangers Of Being On Devil's Island 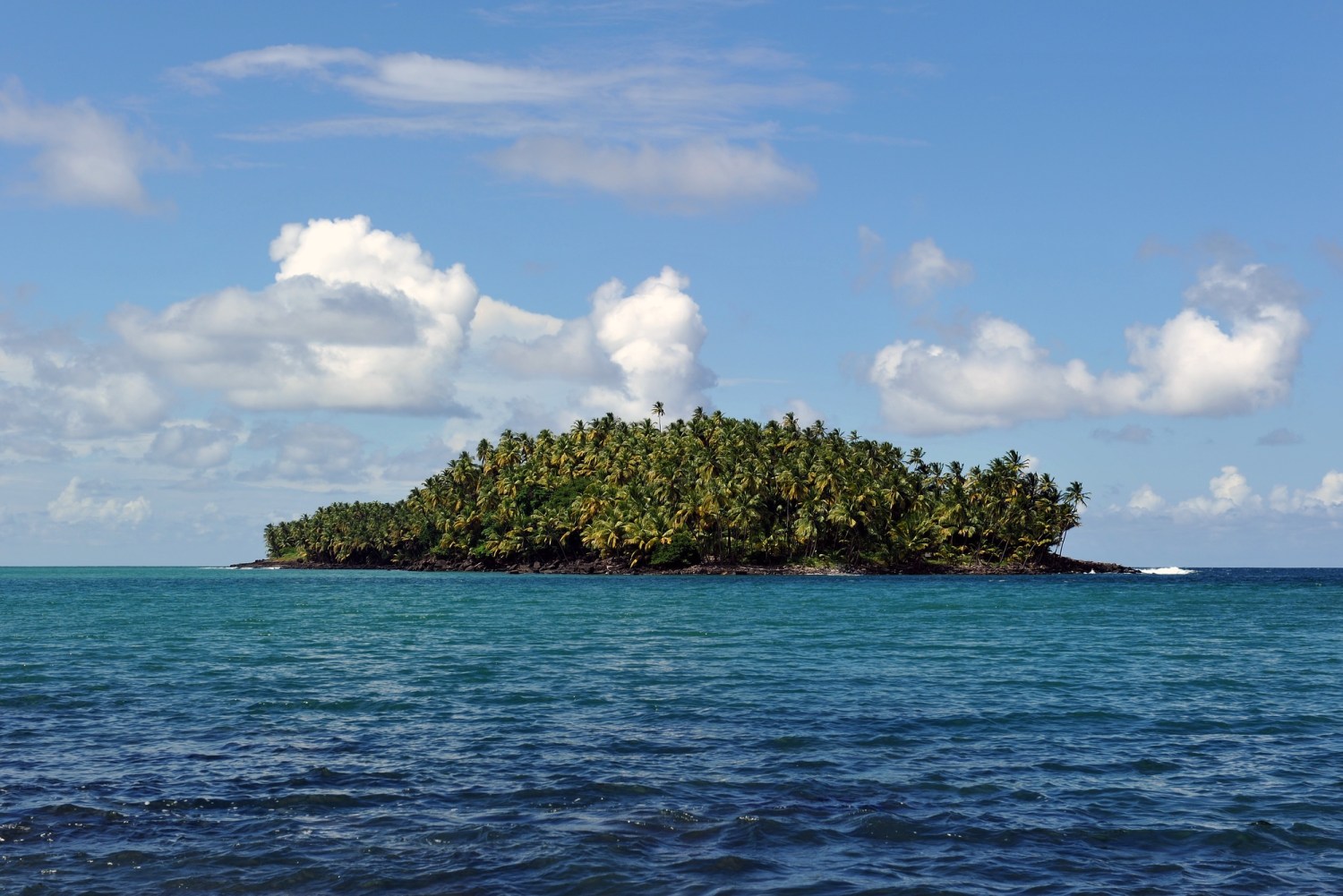 Being a prisoner on Devil's Island was a huge risk. First of all, these people had to survive the journey there.

During the trip to the island, the men, locked in cages, would often fight, and some ended up dead.

The officials were also quite brutal, and they used steam and sulfur to punish disobedient prisoners.

Once the prisoners got there, they were divided into three groups. Some went to St Laurent's Camp de la Transportation, where they worked as loggers.

The really dangerous prisoners were taken to Îles du Salut. However, regardless of where the prisoners ended up, their fate was pretty much the same.

An estimated 40% did not make it past their first year on Devil's Island as lack of food and diseases claimed their lives.

Of course, the prisoners dealt with these problems while also getting inhuman treatment from the guards. The prisoners could not talk, smoke, read, or even sit in their tiny cells.

The guards would wear slippers as they patrolled the cells to make sure their approaches were undetectable.

Soon, the penal colony earned the name "Dry Guillotine" due to the high death rates. However, the island also had a real guillotine used to deal with particularly problematic prisoners.

Those who did complete their sentences did not have very good chances of survival either. First of all, anyone with a sentence of more than 8 years was considered exiled for life, which means there was no chance of them going back to France even after completing their sentence.

Additionally, people were required to remain in the penal colony for a term equal to their original sentence after their prison term ended. 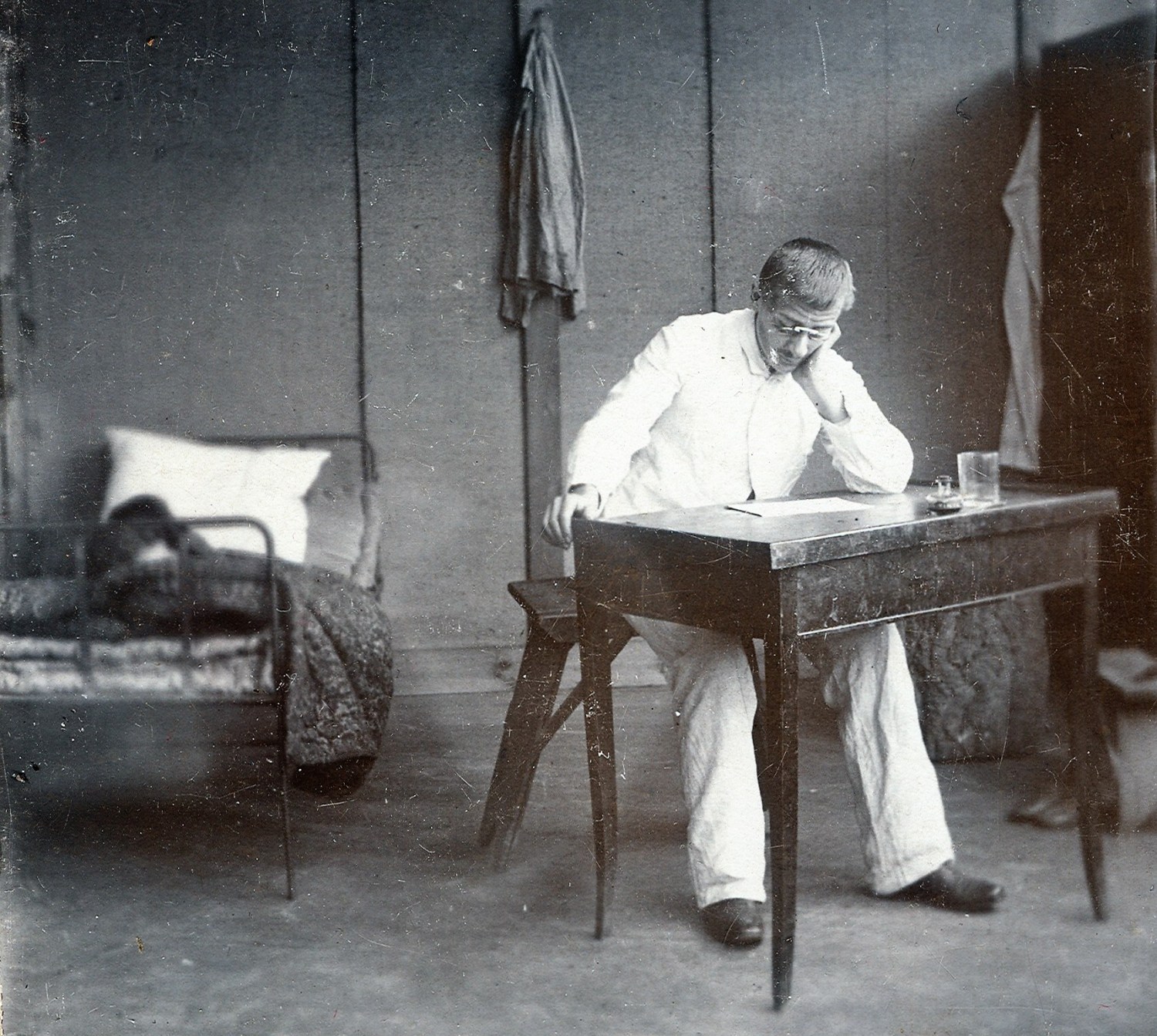 Alfred Dreyfus, a military officer, was accused of treason and stripped of his medals as his colleagues jeered:

"Death to Judas, death to the Jew."

Dreyfus maintained that he was innocent of the crime of giving military secrets to the Germans, and he was probably right because his handwriting did not match the evidence used against him in court.

In reality, his greatest crime was being a Jew, which earned him a life sentence on the Devil's Island.

Dreyfus endured unbelievable tortures and horrors during his four years at the Devil's Island. He was tied to his bed, prevented from speaking to other prisoners, and given rancid pork as food while there.

In France, however, people were standing up for him and accusing the government of framing him.

The government eventually bowed to pressure and pardoned him in 1899. He was forced to accept the pardon, and that meant accepting that he was guilty.

However, he made it clear that this was a fairly meaningless gesture:

"The government of the Republic has given me back my freedom. It is nothing for me without my honor."

In 1906, the French government fully exonerated Dreyfus. Fortunately, his plight helped reveal the anti-Semitism and corruption within the French military.

The Daring Escape Of Henri Charrière 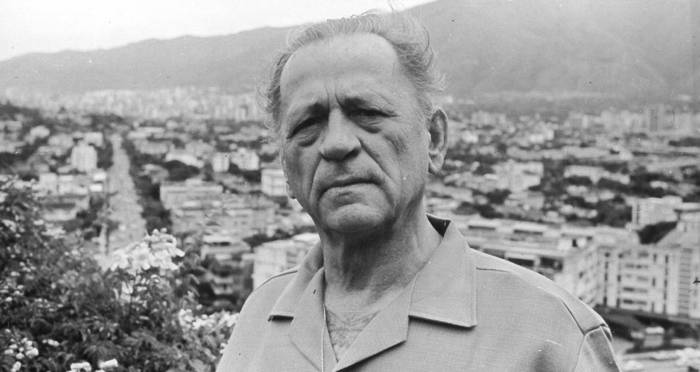 Henri Charrière was another famous prisoner at Devil's Island, and he earned notoriety as one of the few prisoners who successfully escaped from the hellish prison.

Charrière was a gangster from Paris, and he ended up on Devil's Island in 1931 even as he insisted on his innocence. He was accused of murdering a pimp.

However, soon after his arrival, he started thinking of ways to get away from this hell. He made his first escape attempt three years later, and he was actually successful.

Unfortunately for him, he was caught and put into two years of solitary confinement.

He tried to escape seven more times, and on the eighth attempt, he was successful. He managed the feat after creating a raft from coconuts.

He filled two sacks with coconuts, and they acted as a lifeboat for him. Charrière escaped with his friend Sylvain, and they spent three days in the sea before finding land.

Charrière and his friend had to pass through waters infested with sharks on their way to Venezuela. That was no mean feat considering that they had to get through many miles of dangerous waters before arriving at their destination.

In fact, his friend Sylvain did not make it as he perished in quicksand a short distance from the shore. While in Venezuela, he wrote a book about his time at the Devil's Island and even started a family.

The French government later pardoned him in 1970, and his book was turned into a Hollywood film in 1973. The movie starred Steve McQueen and Dustin Hoffman.

Hundreds Tried To Escape, But Only A Handful Succeeded 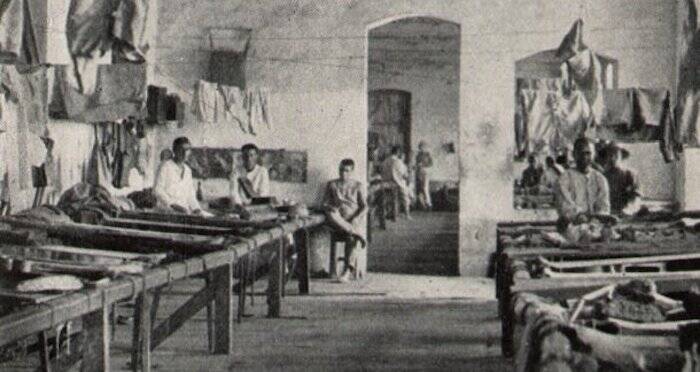 A few other prisoners also managed to escape from the prison, including Clement Duval, sent to the island in 1886.

Duval was initially sentenced to death, but his sentence was commuted to a life of hard labor. Luckily, he managed to escape about fifteen years later, in 1901.

His final destination was New York City, and he lived there for the rest of his life and wrote a book about his imprisonment. It was called Revolte.

René Belbenoît also managed to escape from the penal colony, and he detailed his experiences in Hell on Trial (1940) and The Dry Guillotine: Fifteen Years Among The Living Dead (1938).

He left the colony and worked for about a year at the Panama Canal before going to France to petition for his freedom. Unfortunately, his arrival in France was a crime since a convict from Devil's Island could not return to the country.

Therefore, he was sent back to Devil's Island and put in solitary confinement for about a year before he was released in 1934.

He was still not allowed to go back to France. So, he headed to the US, where he got citizenship in 1956 before he died three years later in 1959 at the age of 59.

What Happened To Devil's Island? 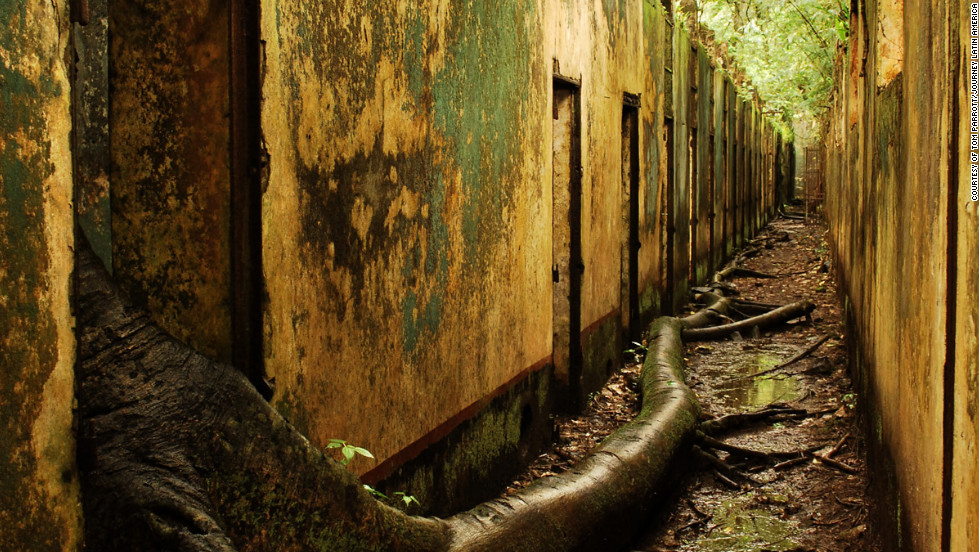 The notorious reputation of Devil's Island was ultimately the reason for its downfall. Horror stories about the prison resulted in France closing it down in 1953 after 100 years of operation.

However, France had stopped sending prisoners there in 1938. After its closure, most prisoners were repatriated to France, but some remained there as settlers.

During all the time Devil's Island was open, an estimated 80,000 men had been held as prisoners there. About 75% of them died while there.

Apparently, the dead would be tossed into the water, and the prison guards would ring a bell that would alert the sharks so that they could feast on the bodies.

Devil's Island was a living hell for the prisoners, and escape was almost impossible and often deadly to those who tried it. Many died while trying to escape, and many were caught and ended up with longer prisoner sentences.

Unfortunately, the hellish conditions at the island meant that prisoners always tried to escape since choosing to stay pretty much guaranteed death.

The handful of prisoners who managed to escape had to deal with sharks, piranhas, crocodiles, and the ever-watchful and unforgiving guards. Hundreds of people attempted to escape, but few were successful, and they turned into legends.

Starting from the late twentieth century, Devil's Island became a tourist destination. Parts of the prison were opened for people to visit.

More importantly, the prison got the reputation of being among the most infamous in history.

Prisoners who ended up there had to deal with mosquito infestations, limited sanitary systems, tropical diseases, and ruthless prison guards.

Only some lucky prisoners had family and friends sending them money, but the guard involved typically kept about 25% of the money. The government also tried to send some women there as a way to help the colony develop, but that never worked out.

After fifteen prostitutes were taken to the island to help start families with some of the freed prisoners, there was a syphilis epidemic. The women would be "friendly" to anyone who could offer them rum.

No families were established based on this experiment.

The Dreyfus story had a huge role in making the evils of the island known to the rest of the world. Thanks to him, the penal colony got a lot of criticism and public outrage over the conditions the prisoners had to go through.

Several agencies have come together to restore buildings at Devil's Island as they are categorized as historical monuments. Today, more than 50,000 people visit the destination every year.

Devil's Island has also been featured in several movies and books, which has helped fuel its reputation as one of the worst prisons in history.