Three of Ledger's co-stars, out of concern for his daughter's well-being, sacrificed their salaries for her because she was not mentioned in the actor's will.

Heath Ledger portrayed the role of The Joker, a psychopathic criminal mastermind with a twisted sense of humor, in the blockbuster movie "The Dark Knight."

Heath Ledger had a successful acting career, appearing in a number of films including "Lords of Dogtown" and "I'm Not There." He met Michelle Williams in 2004 while filming "Brokeback Mountain," and the two fell in love and had a daughter, Matilda Rose Ledger, the following year. 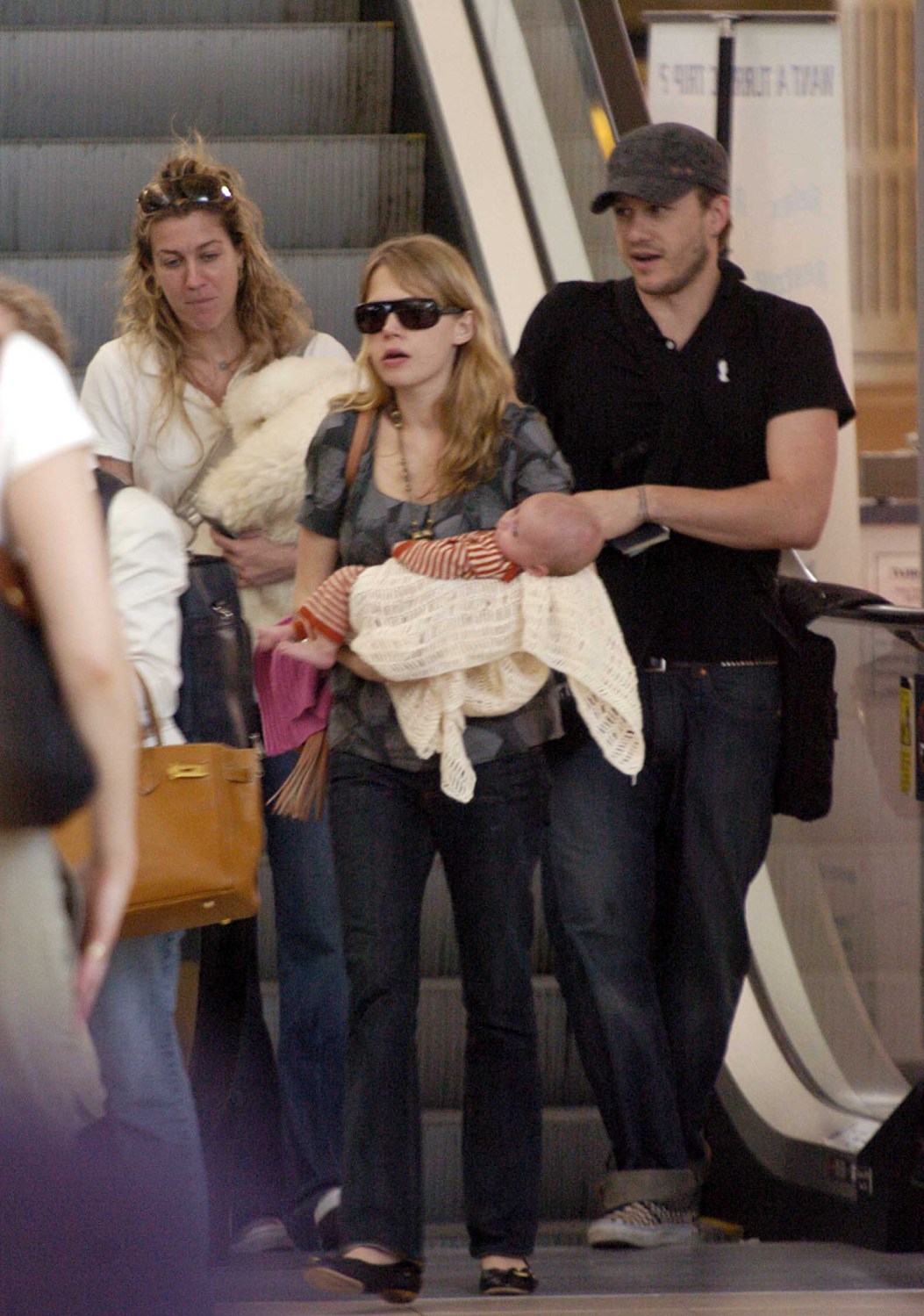 Despite separating from Michelle Williams in 2007, Heath Ledger remained devoted to his daughter and demonstrated this through his actions. Director Terry Gilliam recalls that Ledger would load Matilda Rose into his backpack, take the subway to his house, and engage in discussions about a film they were working on together.

Tragically, Heath Ledger passed away in 2008 at the young age of 28 in his New York apartment, leaving behind his daughter Matilda who was only two years old at the time. Matilda struggled to understand her father's sudden absence and would repeatedly ask her mother, Michelle Williams, "Where's my daddy?"

Michelle found it difficult to answer these questions and cope with the loss of her partner. 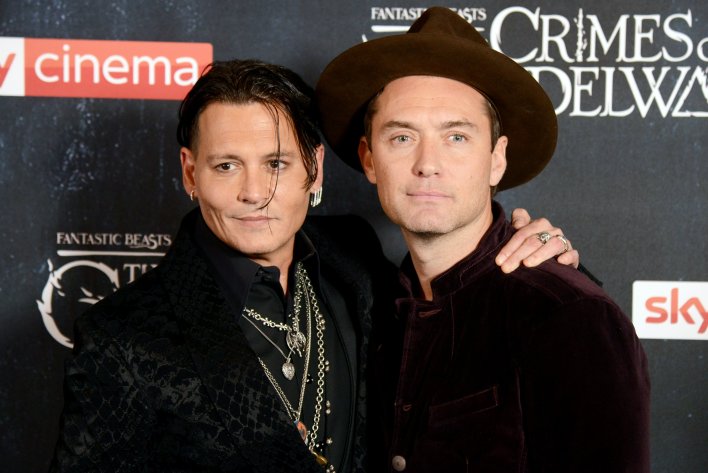 Heath Ledger was working on the film "The Imaginarium of Doctor Parnassus" when he passed away. The movie tells the story of a traveling theatre company whose leader offers his audience a choice between self-fulfillment and enlightenment or the satisfaction of ignorance through a bet with the Devil.

After Heath Ledger's untimely demise, the director of "The Imaginarium of Doctor Parnassus," Terry Gilliam, was unsure whether to continue shooting the film or find a replacement for Ledger. He ultimately decided to replace Ledger, with the help of his daughter and chose Jude Law, Johnny Depp, and Colin Farrell to portray the remaining roles in the movie. Gilliam added:

"Nobody asked how much they would be paid or if the part was right for them. They were all Heath's friends, and they wanted to make sure the film was finished in his memory." 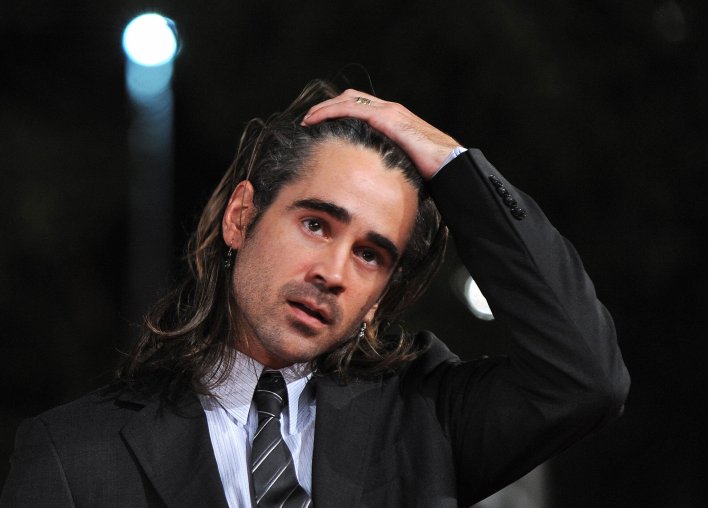 Tom Cruise and other well-known actors expressed interest in taking over the role that Heath Ledger had been set to play in the film, but Gilliam turned them down, stating that they did not know Ledger well enough.

The three actors chosen to replace Heath Ledger in the film were nervous about how his daughter would react, while Gilliam was concerned about whether it was financially practical to replace Ledger with three other actors.

The three actors who replaced Heath Ledger in the film performed their roles for little compensation, choosing instead to donate all of their pay to Ledger's daughter, Matilda, out of exceptional generosity. It was later discovered that Matilda, who was two years old at the time, was not mentioned in Ledger's will. 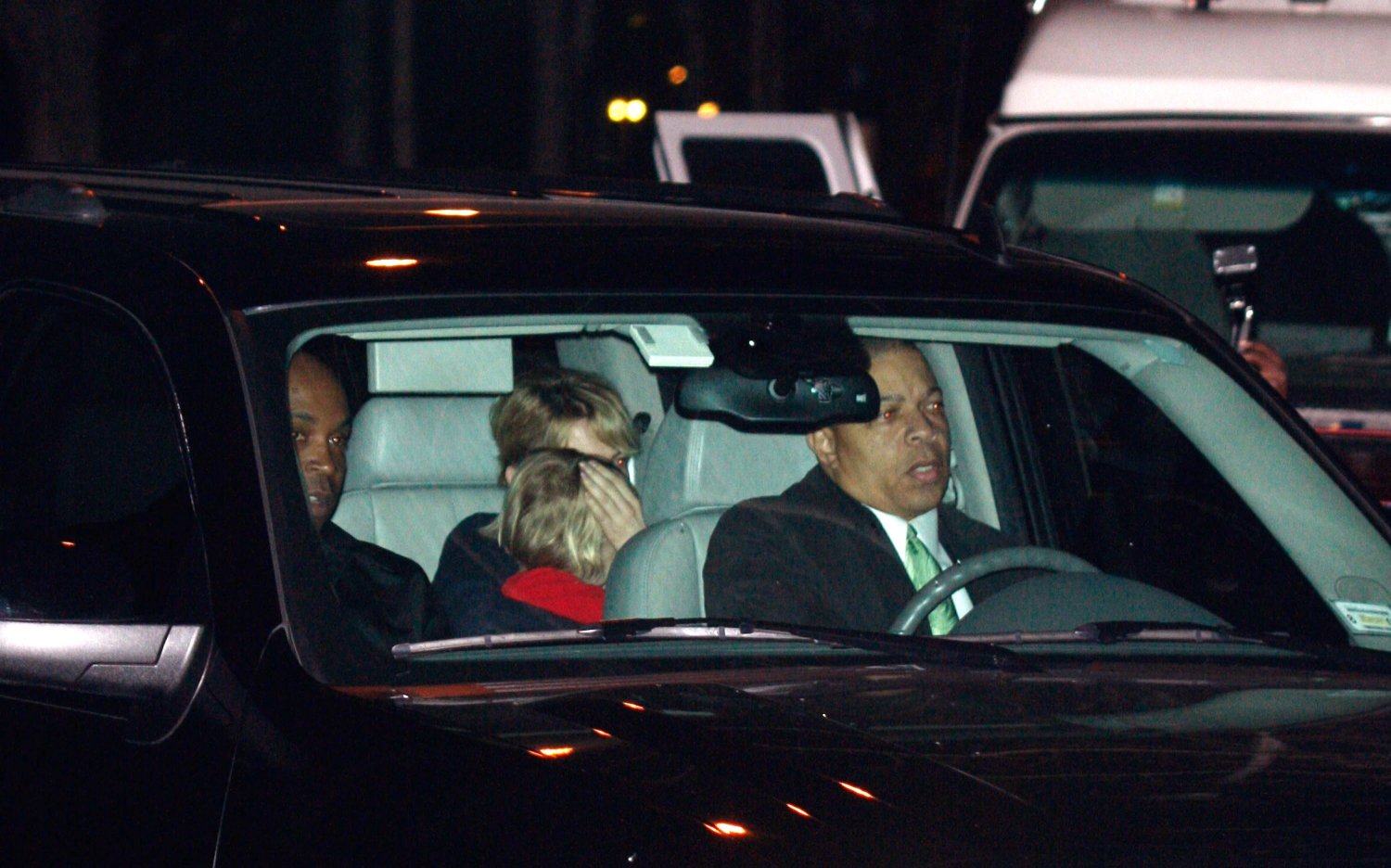 Before the birth of his daughter, Matilda, Heath Ledger made a will in which he left his estimated $118,000 in wealth to his parents and three sisters. He never revised the will after Matilda's birth.

This would normally mean that Matilda was not entitled to any inheritance from her father. However, a year after Ledger's passing, this changed significantly.

Kim Ledger, Heath Ledger's father, told The Sunday Times that his family would give all of the actor's wealth to his daughter, Matilda, rather than retaining any of it for themselves. According to Fox News, he stated:

"There is no claim. Our family has gifted everything to Matilda." 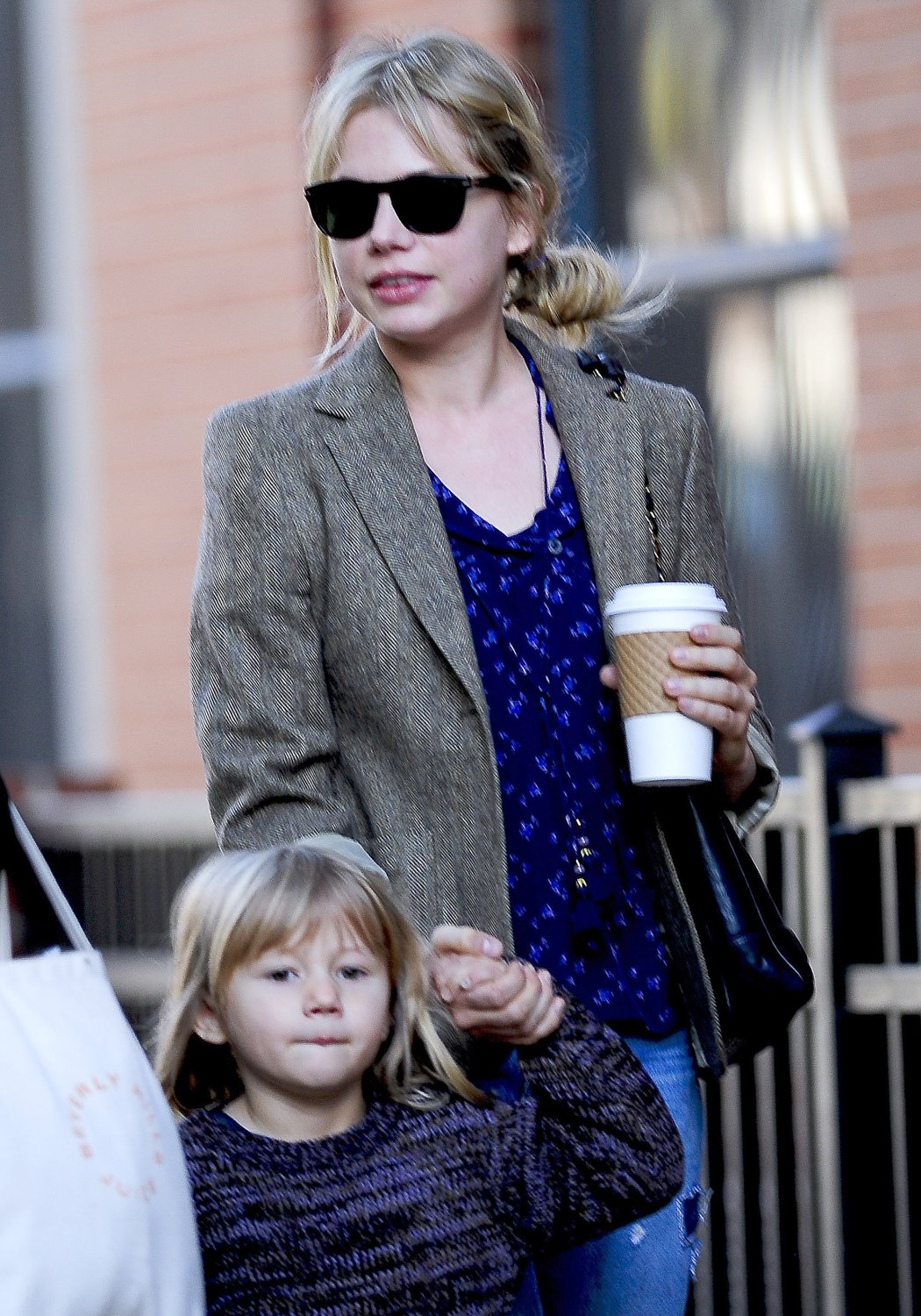 This decision caused a dispute between Kim Ledger and his brothers, two of whom argued that Heath Ledger's father was not fit to manage the actor's inheritance because he had previously mismanaged their grandfather's estate.

Kim Ledger was supported by Robert John Collins, an Australian serving as Ledger's executor, who challenged the allegations made against him by his siblings. This led to a dispute between the brothers, and they have been distant from each other since. 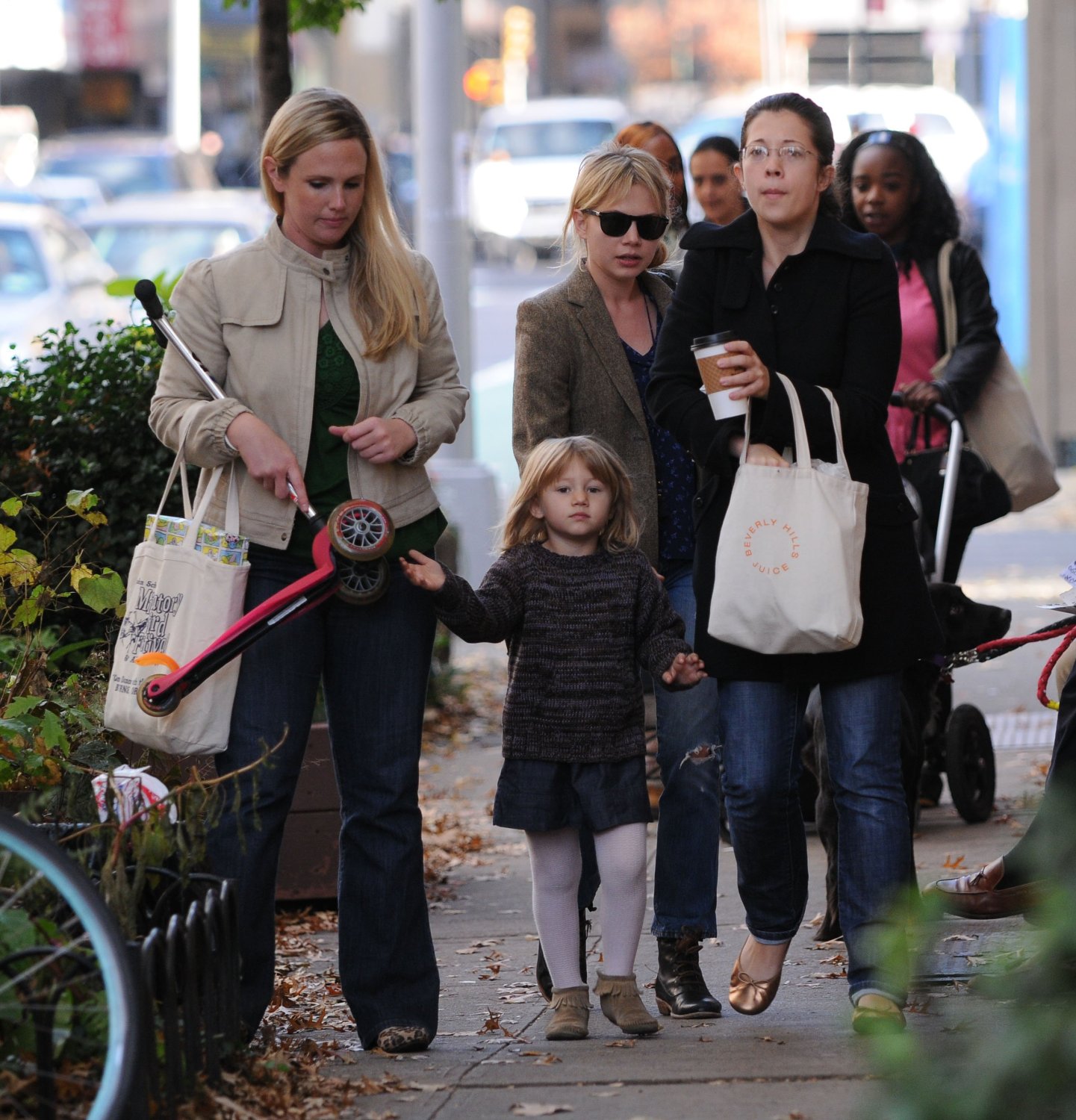 When Matilda's father passed away, she was only two years old. Now, 14 years later, she is a young adult. From the few pictures of the 17-year-old available online, it is evident that she bears a strong resemblance to her father. Her family members, including her grandfather Kim, have commented on the similarities. Kim stated:

"She's got an enormous number of his mannerisms. She's very inquisitive. She's got his energy 'cause Heath never slept from when he was two, and Matilda's like that."

Kim spoke highly of his granddaughter, describing her as a ball of energy who exudes an aura similar to that of Heath Ledger. Matilda not only inherited traits from her father, but also from her mother, who works diligently to keep Ledger's memories alive in his daughter.

Matilda is always asking questions about her father in an effort to learn more about her.

His sister Kate Ledger told the media that his family was proud of Michelle over the way she raised Matilda on her own since her father died:

"I think that she provides such a wonderful environment for Matilda to grow up in, especially in the sort of industry that she's in."

Matilda reminds her sister Kate of her late brother in everything she does. She was just as instinctive as her father even when doing simple things like picking up a pencil or getting on a skateboard.

"I tell her about her daddy every time we see each other. I tell her little stories of him growing up and how he used to chase me with the cricket bat."

Although she has famous parents, Matilda likes to maintain a low profile.