Few know that Hattori Hanzo is more than the master blacksmith and part-time sushi chef Quentin Tarantino introduces us to in Kill Bill. The character played by Sonny Chiba is, in fact, based on an actual person. The same actor brought Hanzo to life on the small Japanese screen in the legendary seventies serial Kage no Gundan (The command of the shadows).

From that mythical series, the character's popularity skyrocketed to the point of earning a lifelong position in the collective imagination of the Japanese. So much so that today, it is not difficult to find Hattori Hanzo in video games, manga, and novels of the most diverse genre.

It's easy to see where Tarantino's inspiration came from. As said, Hattori Hanzo from Kage no Gundan is based on a historical character of the same name, with a life almost as adventurous as his alter ego.

And even today, in the 21st century, Hattori Hanzo is still present in the lives of the inhabitants of metropolitan Tokyo. 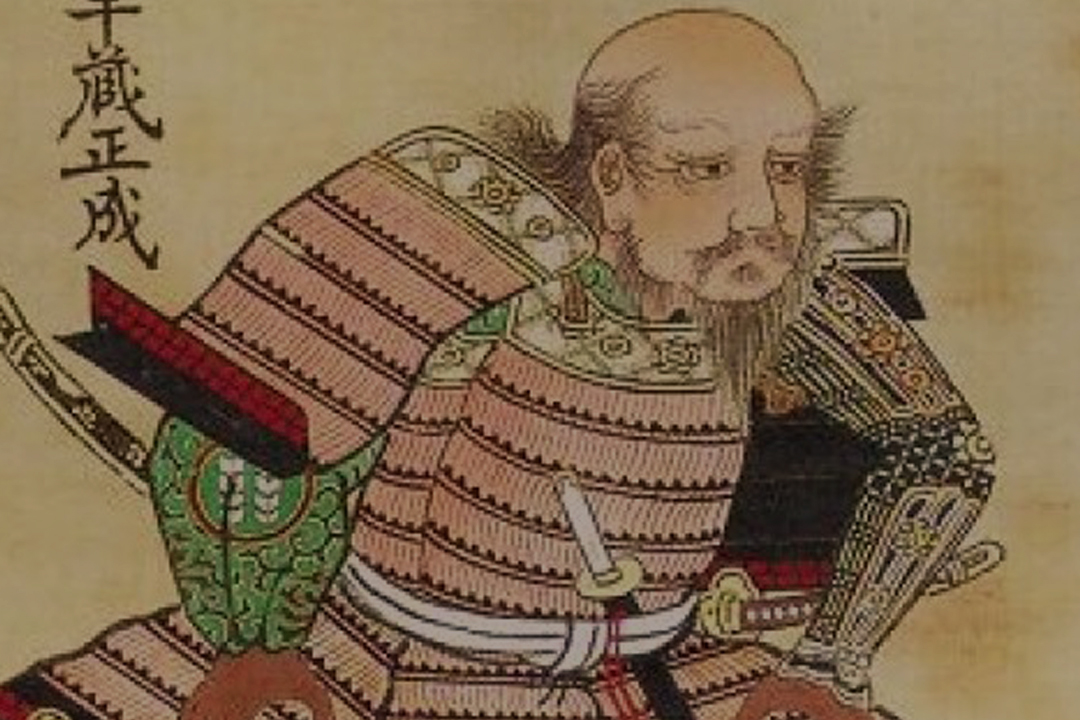 Hattori Hanzo, leader of the Iga ninja clan, was one of Japan's greatest and most powerful ninja warriors in the tumultuous late 16th century.

The ninja warrior, or shinobi, was an elite warrior instructed in ninjutsu or Stealth Art. His main task was to gather information by spying on the enemy, ambushing isolated troops of soldiers, or poisoning water wells.

However, the most crucial thing was stealthily assassinating enemy bosses and officers and then disappearing without a trace.

Hattori Hanzo was a key player in the rise of Ieyasu Tokugawa to the throne of Japan, proving that the shadow warriors were the most terrible enemies that samurai warriors could face.

Part Of The Hattori Clan 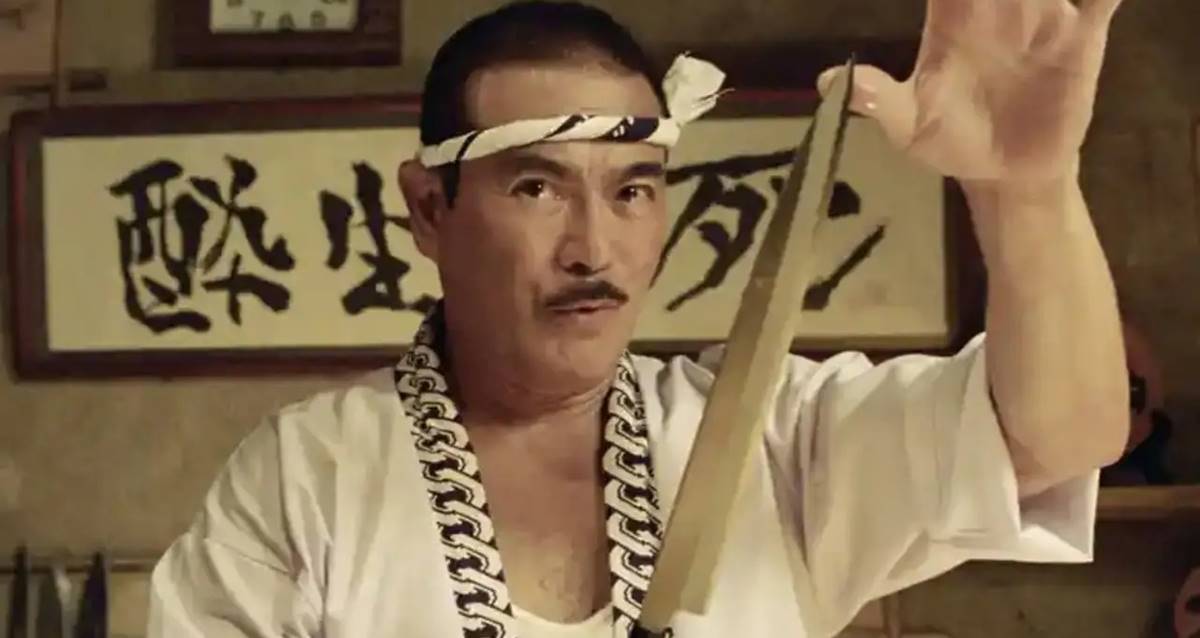 Hattori Hanzo grew up within the Hattori Clan, located in the rugged and mountainous region of Iga, located in central Japan. The ninja clans of Iga and Koga were primarily independent. On the other hand, they dedicated themselves to renting their services to the samurai lords, who were almost always locked in constant feudal wars.

On his way to the unification of Japan, Oda Nobunaga decided to submit the ninja clans of Iga and Koga to his authority. Nobunaga's attack resulted in massive destruction, turning Iga into a smoking heap of rubble.

Eighty families survived the ferocious attack and scattered throughout Japan. They sought a lord to protect in exchange for their services as shinobi warriors.

The Hattori clan received the protection of the Tokugawa family, lords of the Mikawa province. 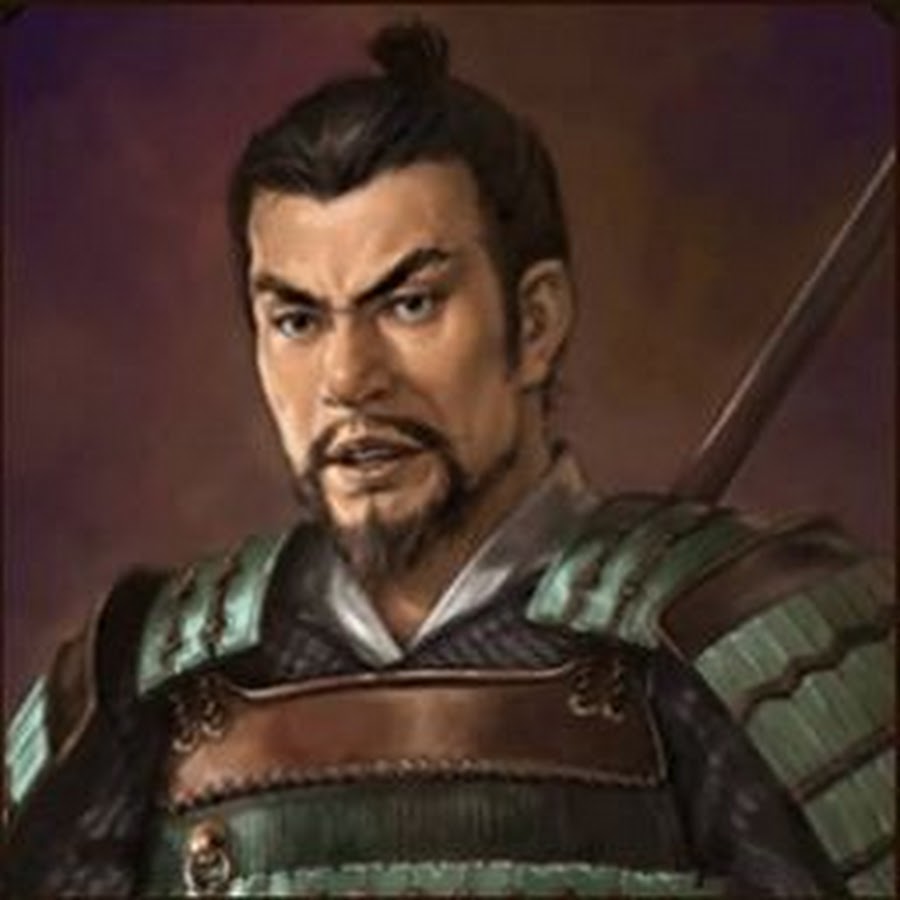 Masanari Hattori, original name of Hattori Hanzo, was born in Mikawa in the year 1541. His father was Yasunaga Hattori, who, after escaping from Iga, put himself in the service of Matsudaira Hirotada, Lord of Mikawa.

Hattori Hanzo was thus a ninja raised in Mikawa rather than Iga. Yet, this upbringing away from Iga was offset by rigorous training.

At the young age of eight, he began his studies and training in martial arts on Mount Kurama, north of the imperial city of Kyoto. The young man excelled greatly in his training, and at the early age of twelve, he was already an expert in the arts of ninjutsu.

In addition, his father, Yasunaga Hattori, instructed him in the philosophy of Ninpo, the code of honor for ninja warriors.

At 16, Hattori Hanzo received the nickname Oni Hanzo (Hanzo the Demon) after demonstrating great warrior skill in the military campaign carried out by the new Lord of Mikawa, Ieyasu Tokugawa against the Uzichijo clan in Mikawa.

A Master Of The Sword 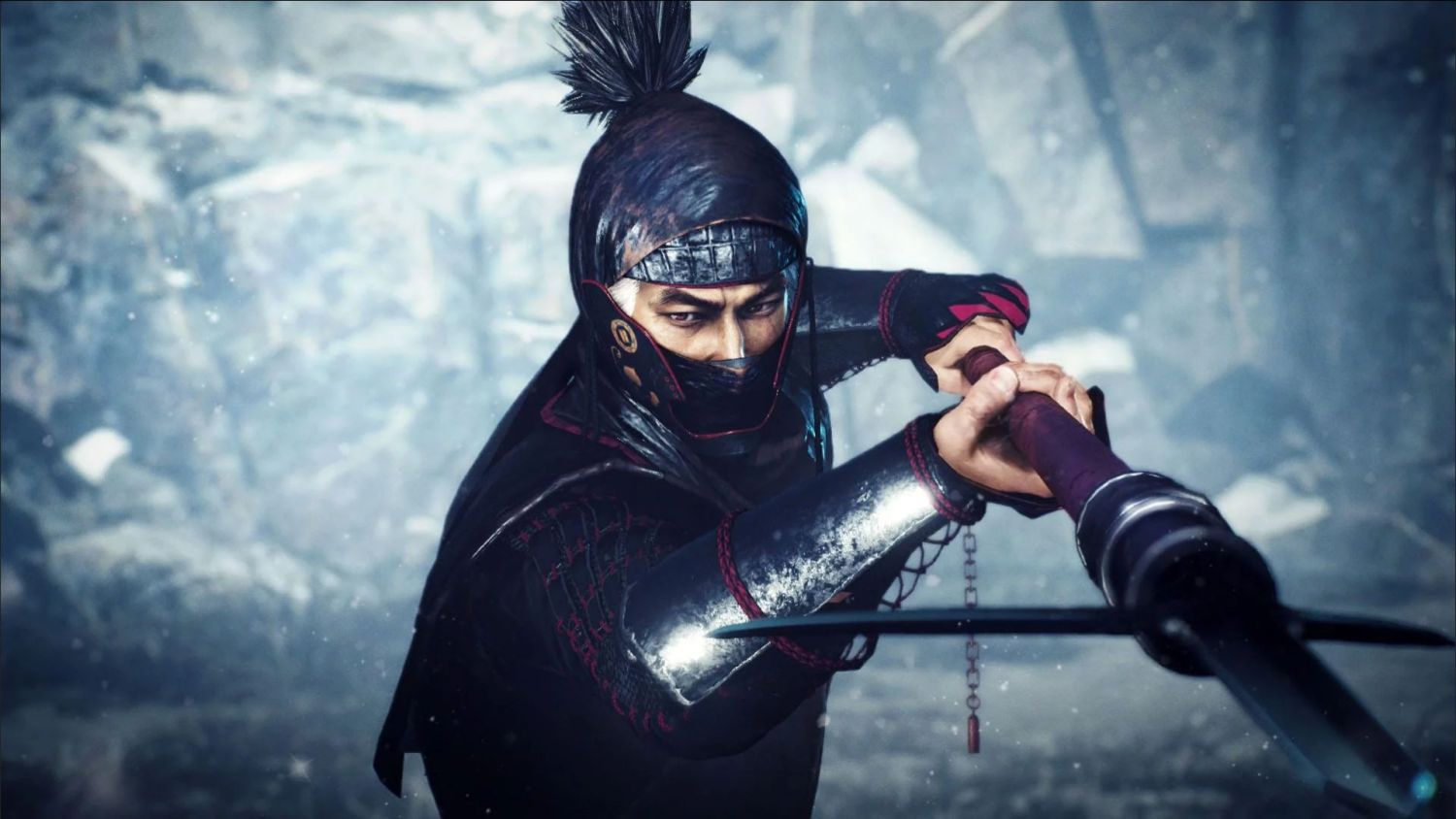 Hattori Hanzo had grown up under the shelter and protection of the noble lords of Mikawa. Due to this, he had great affection and total fidelity toward Lord Ieyasu Tokugawa. This was despite the fact that he was an ally of Oda Nobunaga, the destroyer of Iga.

Ieyasu Tokugawa increased his power by annexing some rival territories. These conquests were possible thanks to his alliances with various clans from neighboring provinces and mainly his partnership with Nobunaga.

Hattori Hanzo's spear weighed about 12 kg and measured a total of 4.38 meters, of which 1.28 meters corresponded to the deadly 5 centimeters wide blade. According to the sources of the time, Hanzo was quite an expert in handling it.

He was able to move the spear at incredible speed, launching accurate blows that his enemies could barely see and less stop. 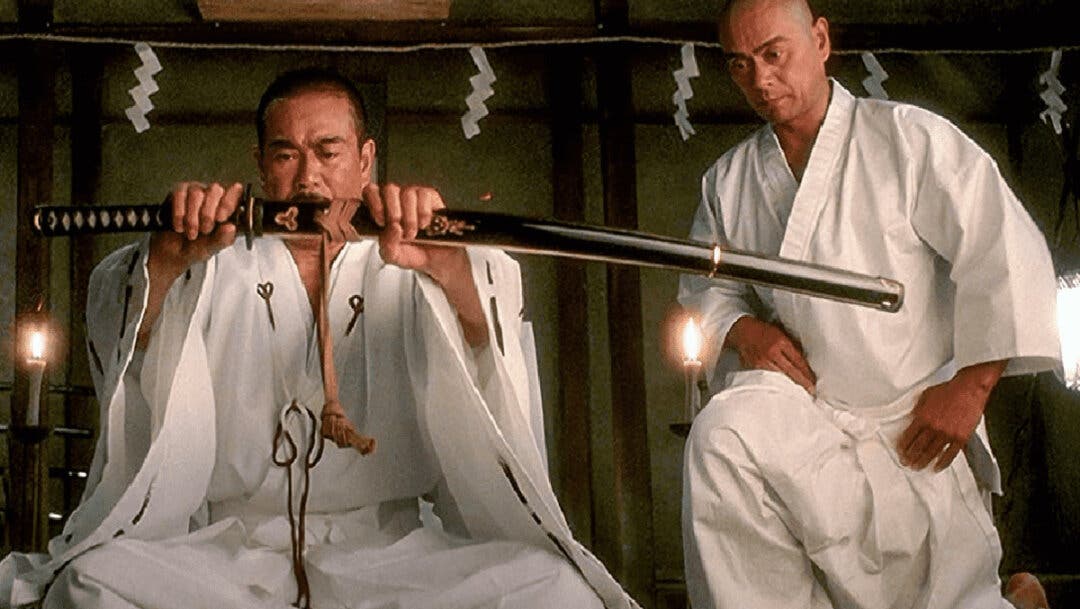 On June 21, 1582, General Mitsuhide Akechi betrayed his Lord Oda Nobunaga and assassinated him at the Honnō-Ji temple. Like other Nobunaga generals, Ieyasu Tokugawa was considered an "outlaw." He was sentenced to death by Mitsuhide Akechi's troops, who began searching to kill him.

Ieyasu Tokugawa was traveling in Sakai when he heard the news of Nobunaga's death and that Akechi's troops were looking for his head. Tokugawa traveled with very few guards, and his situation was dire, as he could not withstand an enemy attack.

But Hattori Hanzo came to the aid of his Lord and took on the difficult mission of leading Tokugawa back safely to Mikawa. With the valuable assistance of a Koga ninja named Taro Shiro, Hattori planned to bring his Lord back to Mikawa through the rugged region of the rebuilt village of Iga. This was an extremely dangerous area, infested with bandits.

Hattori Hanzo, asserting his rights as leader of the ninja clans of the village of Iga, formed a small army with the 300 best ninja warriors of Iga. These men were in charge of guiding Ieyasu Tokugawa on his way to Mikawa, taking care of eluding enemy patrols and protecting their Lord from any possible danger by clearing the path in his way.

Upon safely arriving in Mikawa, Ieyasu recruited an army of more than 400 elite ninjas, including the Iga and Koga ninja, who had assisted him during his journey to Mikawa. This elite army, called the Hassenshi group, was commanded by Hattori Hanzo.

From then on was known as Iwami No Kami or The Ghost.

The Final Battle Of Hattori Hanzo 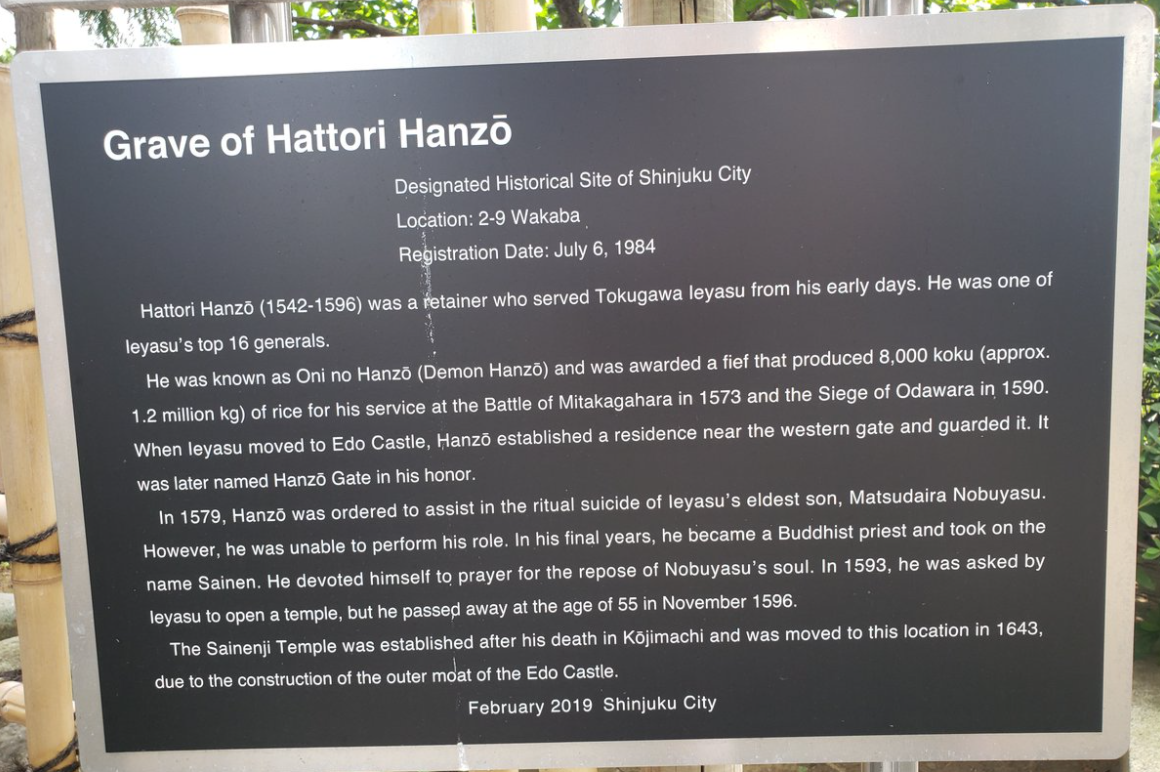 In 1590 Hattori Hanzo led the assault that Ieyasu Tokugawa's troops carried out on Edo Castle. With his group of ninja troops, Hattori took the back gate of the castle, allowing the army to enter for the final assault.

After its fall, Edo castle became the new Tokugawa residence and later the capital of the shogunate. After the fight, Hattori was awarded the property of the lands around the castle.

In addition, the back gate of the Edo Castle was baptized with the name of Hanzo Mon. Hattori Hanzo's troops were also awarded, appointed as Edo Castle's main guard troops. Hattori was given eternal fame, and, in the sources of the time, he is mentioned as one of the five best Tokugawa generals.

But the brilliant career of Hattori Hanzo was cut short by the ninja of Kotaro Fuma on December 4, 1596. Hattori Hanzo had left with his men to repel the attack and looting of villages that the ninja of the Fuma clan was unleashing, but they managed to flee towards the sea.

Hattori Hanzo embarked and set out to pursue him, but the Fuma ninja were better sailors. After a hard fight at sea, they sank Hanzo's boats and his men.

As Hanzo and his crew swam to shore, Fuma ninja got ahead of them in their boats and poured highly flammable oil into the water, setting it on fire. Hattori Hanzo and his men could not avoid the fire and were burned to death by the powerful flames. 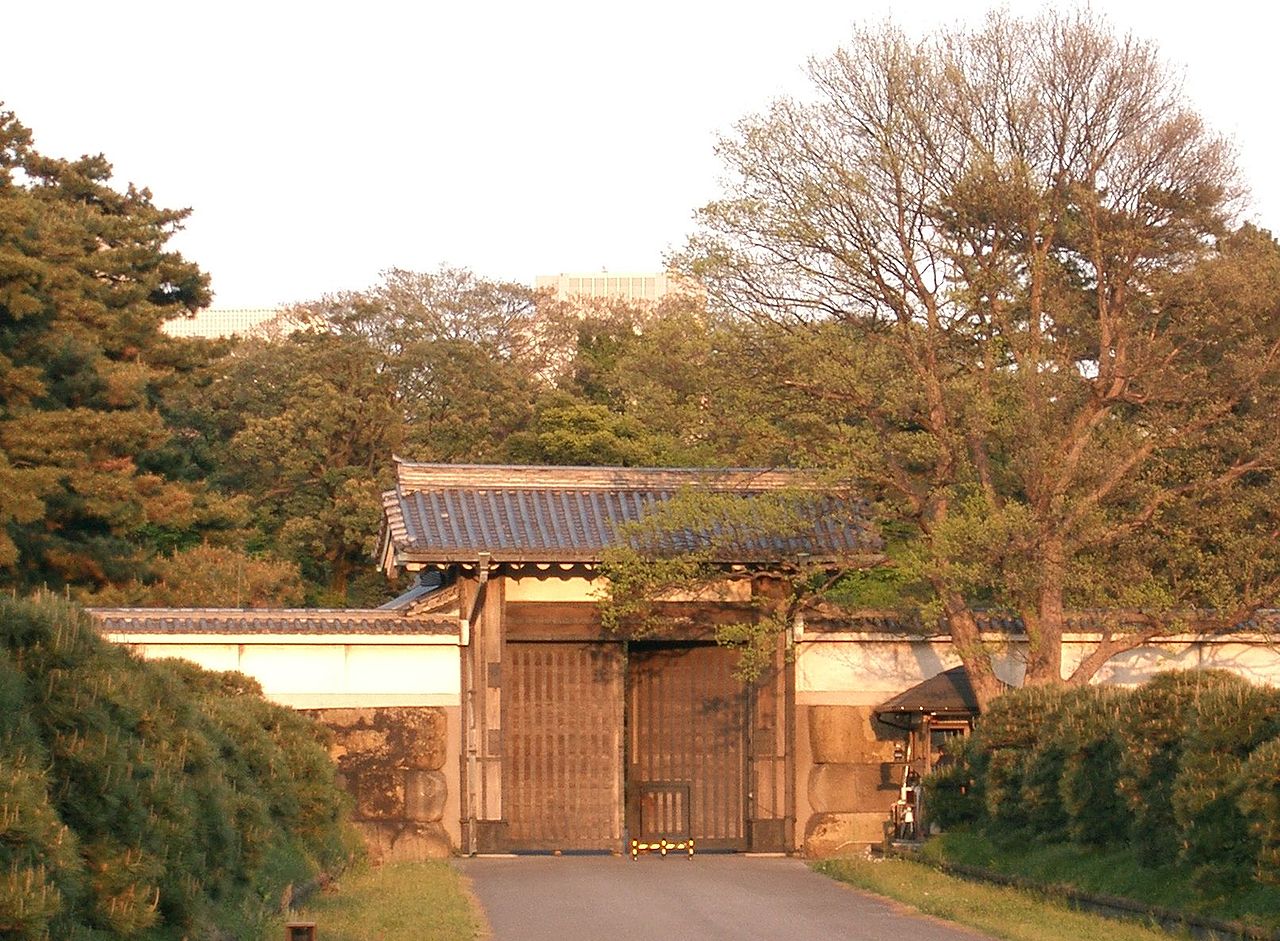 The great warrior met an end unworthy of his abilities, but his fame as a shinobi was already immortal. His son Masanari succeeded him in command of the ninja troops, which had an important role in carrying out several successful ambushes and surprise attacks in the epic and decisive battle of Sekigahara. That took place on October 21, 1600, a battle in which Tokugawa prevailed over the lords who disputed the throne of Shogun of Japan.

After the triumph of Tokugawa and the arrival of peace, these warriors were no longer necessary as before, and from then on, they suffered a significant decline.

Hattori Hanzo's remains rest today at Sainen-Ji Temple in Shinjuku, Tokyo, where his favorite spears are kept. Hattori Hanzo remains a model of inspiration today, not only because he is an unparalleled expert in martial arts but because of his lofty sense of honor and loyalty.

At the time of Hattori Hanzo, many ninjas played with ambivalence, working for the highest bidder and not hesitating to betray the Lord who hired them. But Hattori restored the honor of the ninjas and guided them along the path of the Ninpo towards overcoming their physical and mental limitations.