The Hasanlu Lovers are two remains found in an embrace in the ancient city of Teppe Hasanlu. This archaeological site is located in the Solduz Valley.

The remains were discovered in an ancient village in the northwestern part of Iran in the West Azerbaijan Province in the 1970s. The skeletons were in a mudbrick bin typically meant to store grain.

The discovery was made by a team of archaeologists from the University of Pennsylvania under the leadership of Robert H. Dyson.

Experts were able to date the couple based on the discovery that the city of Teppe Hasanlu had been destroyed at around 800 BCE after an invading army attacked and burned it down.

Archaeologists were shocked when they found two bodies that appeared to be in a loving embrace at the time of their death. They seem to be kissing, which is why it is believed they were lovers.

The media and those who saw them were quick to conclude, but experts said there was no way to confirm this assumption. They could not even determine the genders of the two skeletons.

An Invading Army Sealed The Fate Of The Hasanlu Lovers 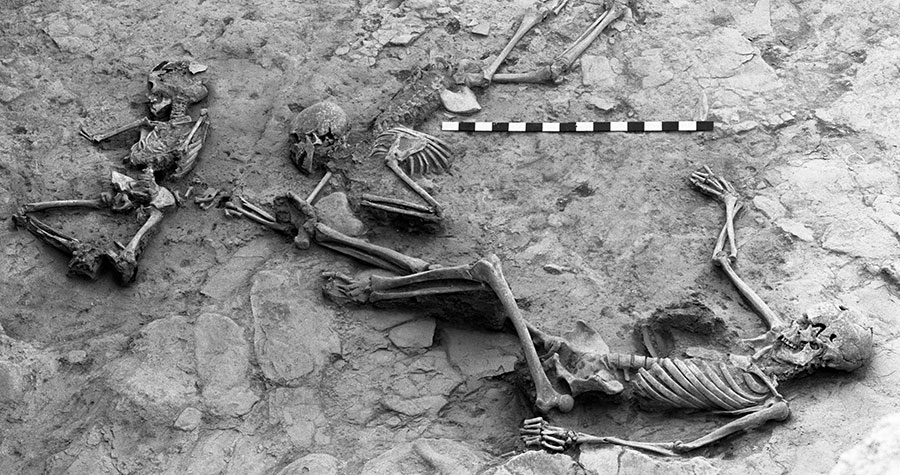 Other than the Hasanlu Lovers, archaeologists also discovered numerous other human remains. It suggests that many people died at the same time the two perished.

Hundreds of men, women, and children were scattered throughout the streets. In total, they found about 246 skeletons at the site.

The entire population was wiped out during the invasion, from the look of things.

This led to the conclusion that the Hasanlu Lovers were hiding from the invading army in the grain bin. They died of asphyxiation due to the smoke coming from the fires around them.

The invaders are believed to have come from the Urartu Kingdom of the Armenian highlands.

Through isotopic testing, the researchers determined that the people of Teppe Hasanlu ate wheat, barley, sheep, and goats. It was also clear that the residents were mainly born and raised in the area.

Some Uncertainties About The Hasanlu Lovers

To this day, there are many unanswered questions about the two skeletons.

One of the two lovers was lying on his back. It was clear that he was male based on the shape of his pelvis and his dental structure.

The identity of the second lover was more uncertain as the gender could not be determined. The person's age was about 30 to 35, while the male was about 18 to 22 years old.

Nobody can tell for sure how they ended up in the bin. They could have been placed there, although it is possible that they got inside the enclosure to hide from the attackers.

There were also no adornments on the Hasanlu Lovers, even though other skeletons found around the same site had them around their bodies. This made experts wonder if their adornments had been stolen from them.

Since the older skeleton had both male and female features, its gender could not be established since some of the parts that would have been useful in determining its gender were missing.

Could The Hasanlu Lovers Have Been Gay? 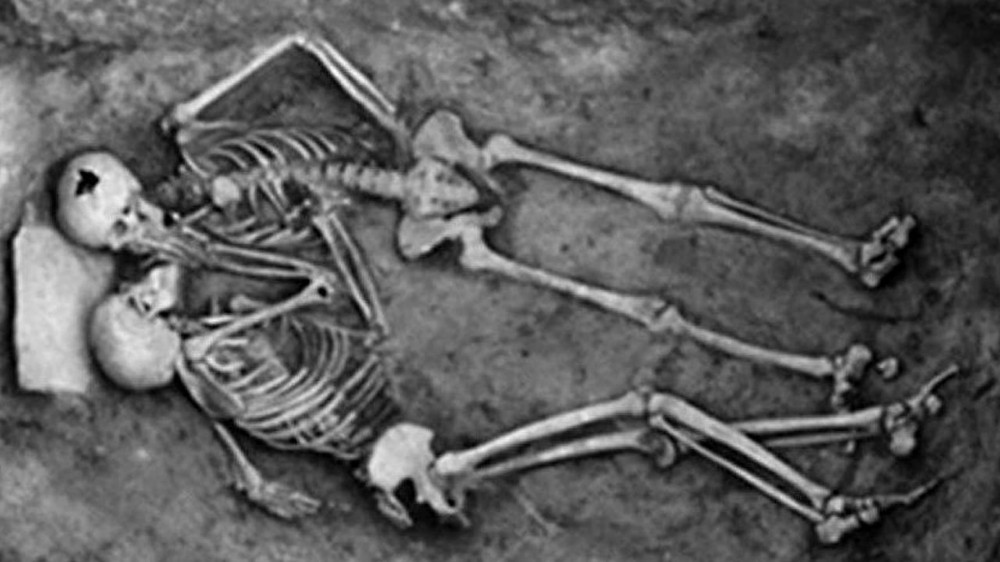 This determination that the genders of the two could not be verified was made in the 80s. After, the media suggested that the Hasanlu Lovers were gay. Nevertheless, it is undoubtedly unclear if the two were lovers.

In any case, the terms "gay" and "straight" are pretty modern. When the couple perished, societies did not have such labels or the same displays of sexual orientation we see today, even though sexual encounters between members of the same sex took place.

There is plenty the skeletons can say about the human condition. Under the circumstances the pair was facing, it is highly possible that the two were strangers comforting each other during a very harrowing moment in their lives, which would make their skeletons seem like those of lovers.

Consequently, the two could have been anything from lovers, friends, relatives, or even strangers in a lot of distress.

The skeletons suggested that the individuals were healthy and free from any lifetime injuries. It was also clear that they had not been injured at the time of their deaths.

It seems likely that the older of the men could have been the father of the other young man. If the older one was female, it is also possible she was the mother of the boy.

Unfortunately, as moving as the posture of skeletons is, there is no way of confirming if the Hasanlu Lovers were romantically involved.

After the remains of the Hasanlu Lovers were found in 1972, they became part of the Penn Museum collections the following year.

The debate about the skeletons will likely continue until modern research methods confirm the reality about the skeletons. Similar mistakes have been made in the past when interpreting what ancient skeletons meant, only for DNA evidence to tell a different story.

For instance, in 2015, DNA analysis of what had previously been assumed to be the ancient skeleton of a 16-year-old girl described as a "warrior princess" proved that the skeleton belonged to a pretty average teenage boy.

The Hasanlu Lovers show how quick people are to make convenient conclusions about ancient society. For the most part, it seems that many people think ancient civilizations were as diverse and liberal concerning their genders, sexual attractions, and orientations as they are in modern times.

Therefore, the assumptions currently being made about the Hasanlu Lovers are primarily based on modern cultural beliefs. This might not necessarily explain the truth about them and why they were locked in a loving embrace when they died.

For now, the world remembers the Hasanlu Lovers for their 2,800-year-long kiss. It's certainly a most pleasant conclusion to make, but it does not necessarily make it accurate.