A devoted fan of Prince Harry and Meghan Markle recently set up a page to help them pay their mortgage. This was after Harry revealed that the Royal Family had cut him off financially.

Anastasia Hanson set up the campaign to help the couple pay mortgage for their mansion. The 56-year-old woman created the GoFundMe page to raise $10M.

However, she only managed to raise $110.

Although she later deleted the page, she still believes that coming up with the fundraising was a good deed. 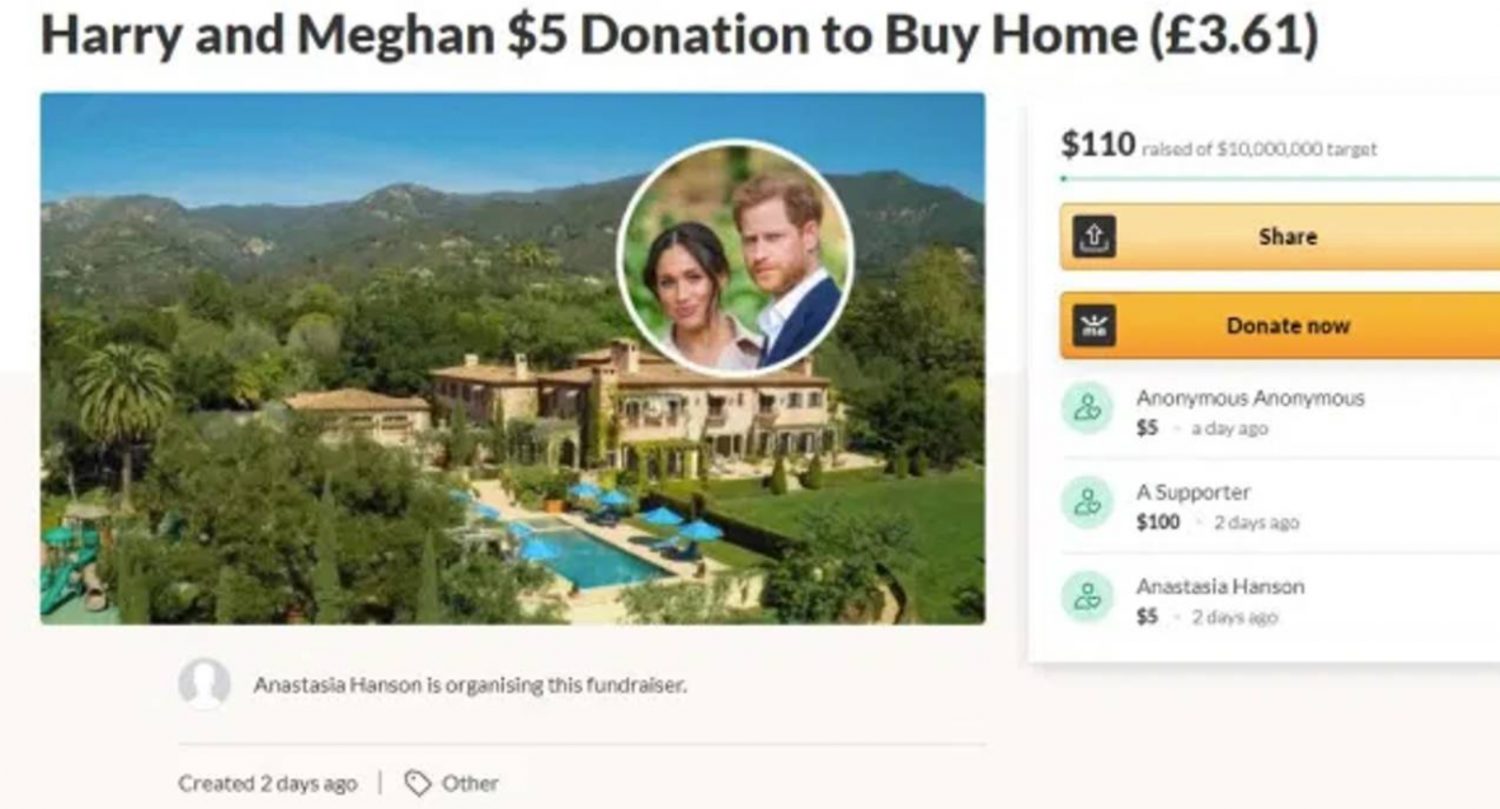 Prince Harry revealed that the Royal Family had cut him off financially in a viral Oprah interview. Their fans wanted to help the couple cover their mortgage for the Santa Barbara mansion.

Anastasia took it upon herself to set up the page, and her goal was to help raise $10 million, or 7 million pounds.

The fundraising campaign was titled: "Harry and Meghan $5 Donation to Buy Home." 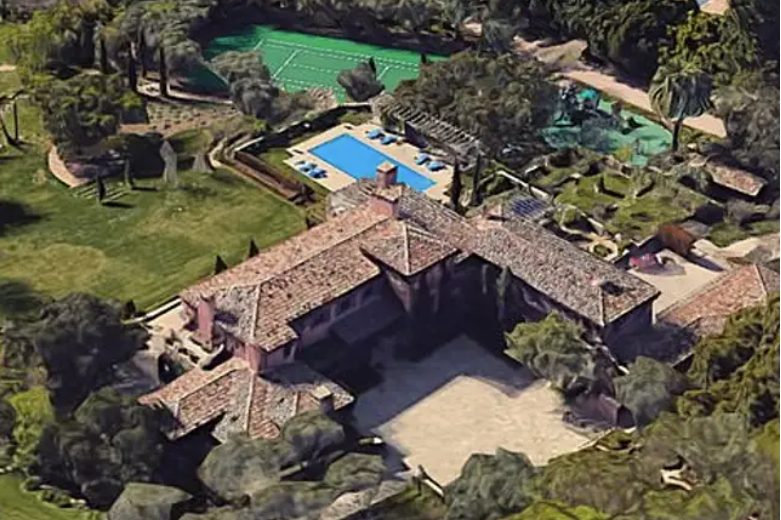 In the page description, she wrote that she was raising funds to "pay off the mortgage for the Montecito California home of Harry and Meghan."

She also made it clear that her page was not a joke. However, the GoFundMe page only managed to raise $110 from the couple's fans.

However, the superfan soon had to forget about her campaign as people were not interested in the cause she was trying to promote.

Still, she believed that what she was doing was right as she was helping Harry and Meghan through the fundraiser.

In the page's description, she explained their plight to readers, saying that they did not have jobs when the couple came to the USA. Their funds were also limited.

She also pointed out that they had admitted to having had a very tough time, which is why the fundraiser was a great way to show them compassion and love and offer them some help by trying to cover their mortgage.

Anastasia claimed that she could relate to mental health, racial equality, diversity, and inclusivity, which the couple support.

She also argued that Harry and Morgan could help bring healing and restoration to the world. 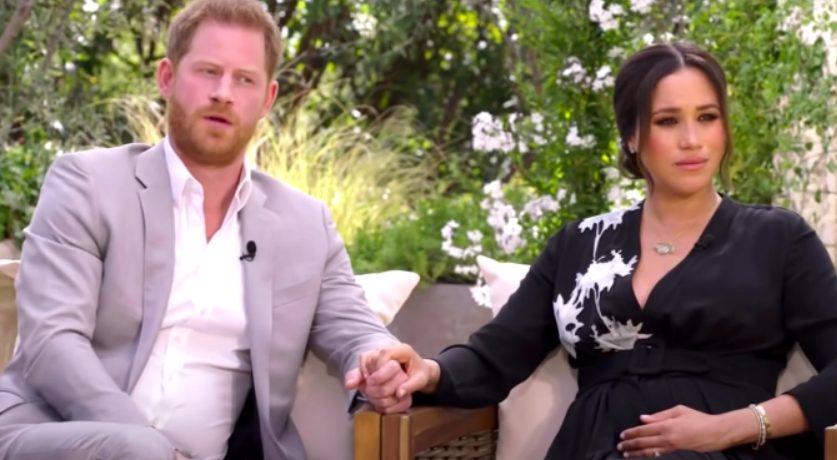 The woman was later interviewed by The Sun. During the interview, she explained that she liked helping people in whatever way she could because it makes her happy:

The mortgage for the Montecito mansion is estimated to be around $9.5 million. Variety estimates that the home is worth $14.7 million, but public documents indicate that a $9.5 million mortgage was used to acquire the 7.4-acre property. 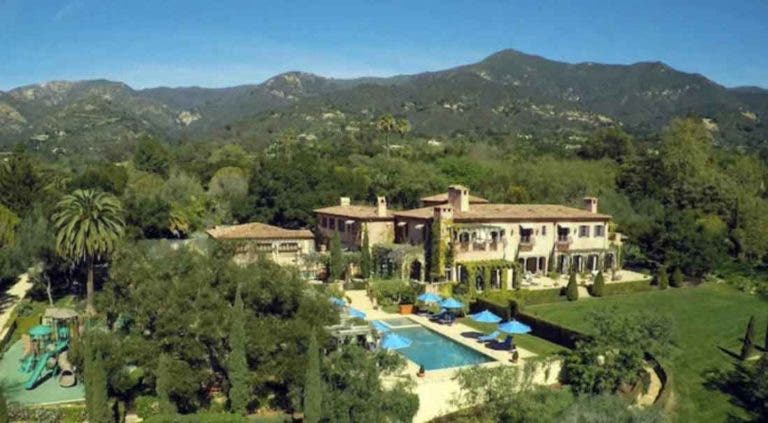 In the landmark March 7 interview with Oprah, Prince Harry explained that since the start of the year 2020, the Royal Family had "literally" cut him off financially.

After that, the Duke had to use the money he had inherited from Princess Diana, an amount totaling about $14 million. He needed the cash to provide for his family.

Without the inheritance, he argues that he would not have been in a position to take care of his family.

The couple has also revealed that they are planning to launch programs with Netflix and Spotify, two of the biggest streaming services at the moment. The idea was apparently suggested by a friend, and Meghan admitted that they had not thought of the idea before. 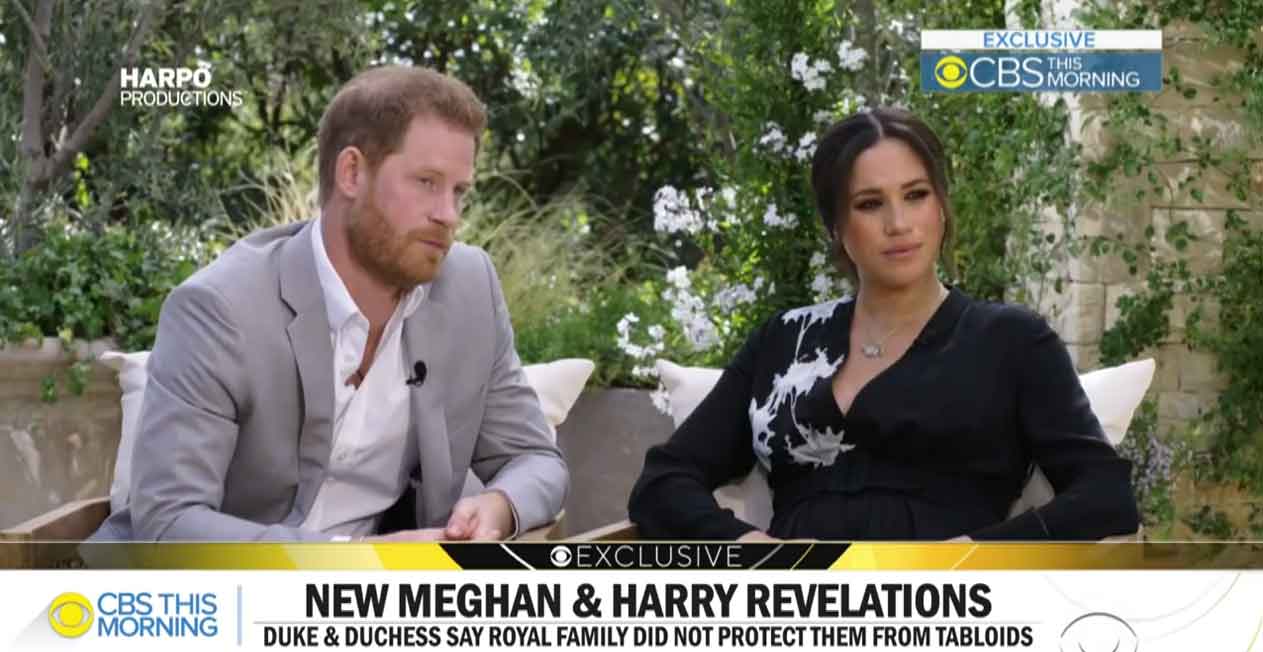 While discussing the sources of income at their disposal, the Duke explained that there were many different options. From his perspective, all he needed was enough money to pay for security and ensure the safety of his family.

Although Anastasia knew about Harry and Meghan's various income sources, she still wanted to help the family. The couple is currently expecting a baby girl.