Dogs have long earned the title of man's best friend. For millennia, they have symbolized commitment, fondness, love, loyalty, leadership, and protection. Along with companionship and friendship, we value their faithfulness the most. It is the subject of many stories, such as Odysseus' dog Argo, Lassie Come Home, the modern The Dog's Purpose, or Hachiko movie.

For more than ninety years, Hachiko the dog has been a symbol of commitment, dedication, friendship, and the love of a dog for a man. He is the most famous Japanese dog that became a legend while still alive. Hachiko's story touched the hearts of all those who heard about it.

Hachiko was an incredible pooch whose fate is best known to the broader audience thanks to the Hachiko movies.

Hachiko was an Akita male, born on October 10, 1923, on a farm near the city of Odate. He was adopted by Hidesaburo Ueno, a professor at Tokyo University who searched for a purebred Akita for a long time. He adopted the puppy when it was only two months old.

The puppy grew up surrounded by Una's love and became firmly attached to him. Every day the puppy happily accompanied the professor to Shibuya train station, from where the professor went to work. After escorting him, the dog would return home and go back to the train station in the afternoon, around 5 pm, and look forward to the train that Ueno would take.

Their socializing, unfortunately, lasted a short time. Namely, on May 21, 1925, Hachiko the dog arrived to meet its owner, but he did not come. The train came, but Ueno did not get out of it. Unfortunately, that day at work, the professor suffered a stroke and passed away during a lecture.

Hachiko Dog Was Celebrated By The Media 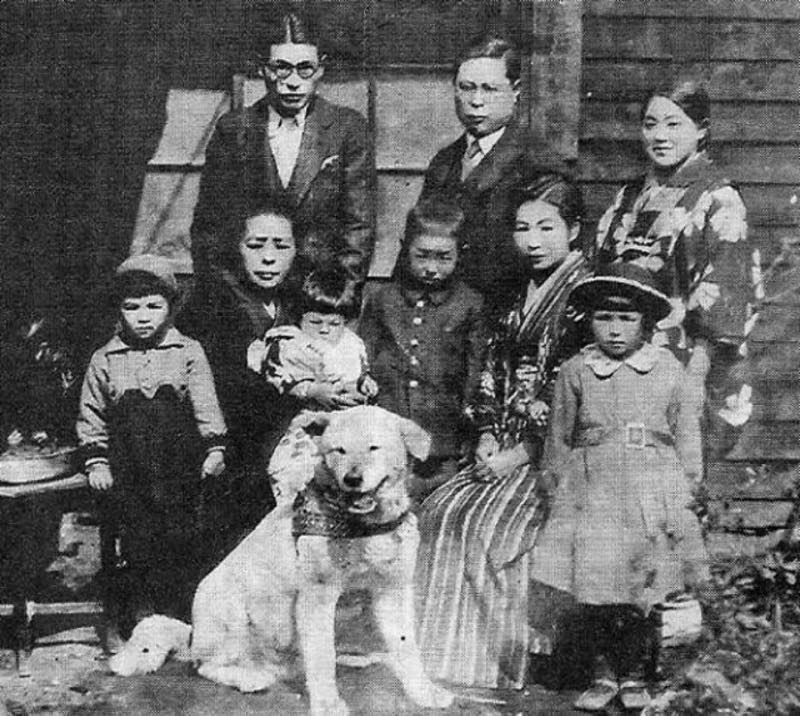 Hachiko, the dog, came to wait for Ueno at the station the next day, eagerly checking to see if he was among the passengers getting off the train. The professor's family gave up the dog for adoption after his death, and he became a member of the family of Ueno's former gardener. But Hachiko did not forget Professor Ueno and where they were to meet. He continued to come to the station and wait faithfully, every morning and every afternoon, just in time for the train from the University.

Hachiko did this every day, for the next nine years, eight months, and fifteen days, same time, in the same place.

After the professor's death, the story of a dog that waits in vain for its master, who will not come again, spread among the passengers. The local media reported on a devoted dog faithfully waiting for his man. Thanks to that, Hachiko the dog became famous all over the country. 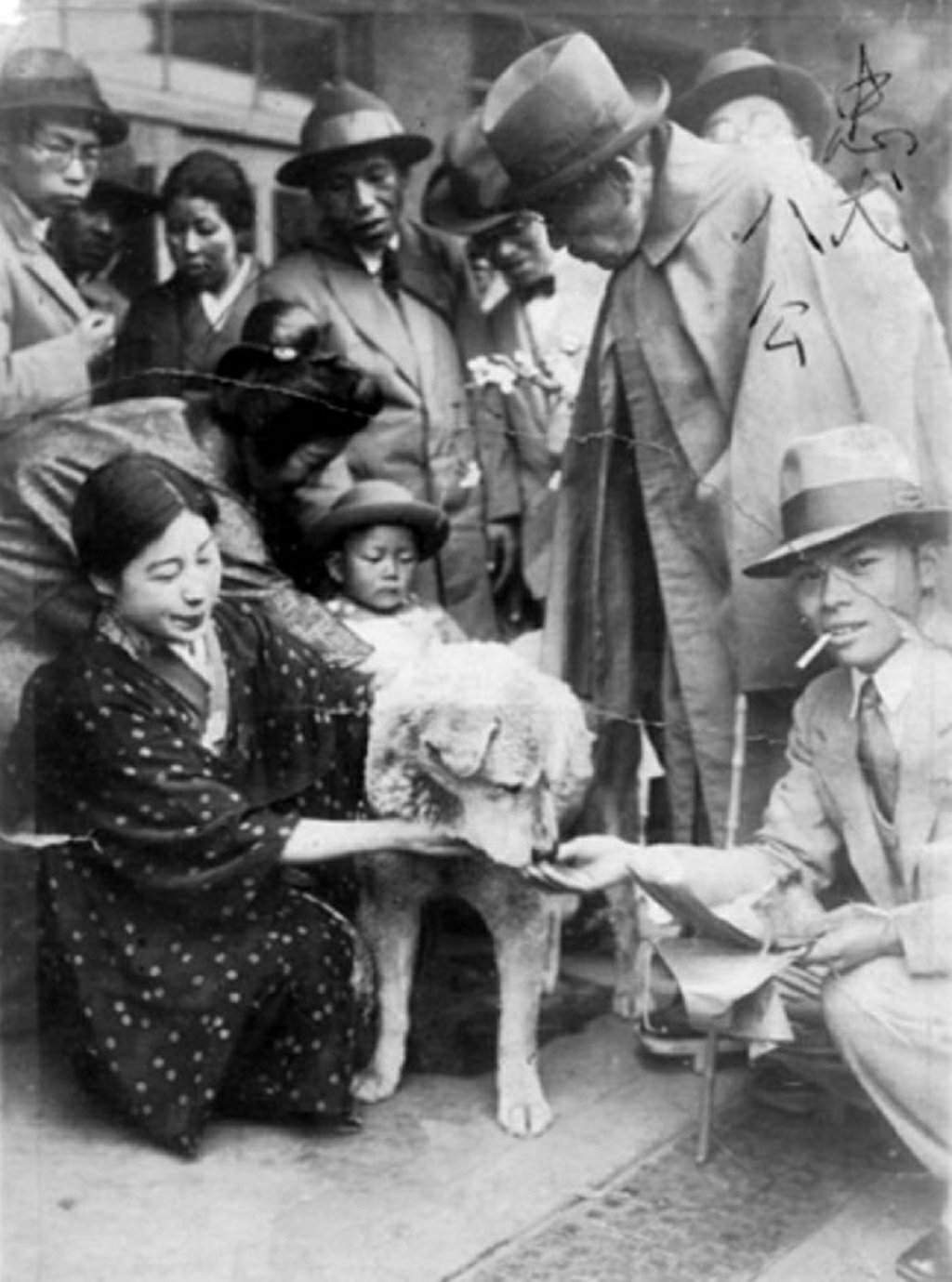 The Japanese began to call him "Chuken-Hachiko" or "Hachiko - a faithful dog." The touching story of a dog who never forgot his man spread through the national media, motivating many to visit Hachiko the dog from various parts of Japan and other countries at Shibuya Railway Station and offer him food and company.

The dog whose sad fate had touched the Japanese had everything it needed, both meals, water, and attention. Yet nothing could ward off grief for the favorite professor.

The faithful dog won the nation's hearts and became a Japanese hero in a short time. Hachiko, the dog, received a monument during his lifetime. At the presentation, Hachiko was the main guest. 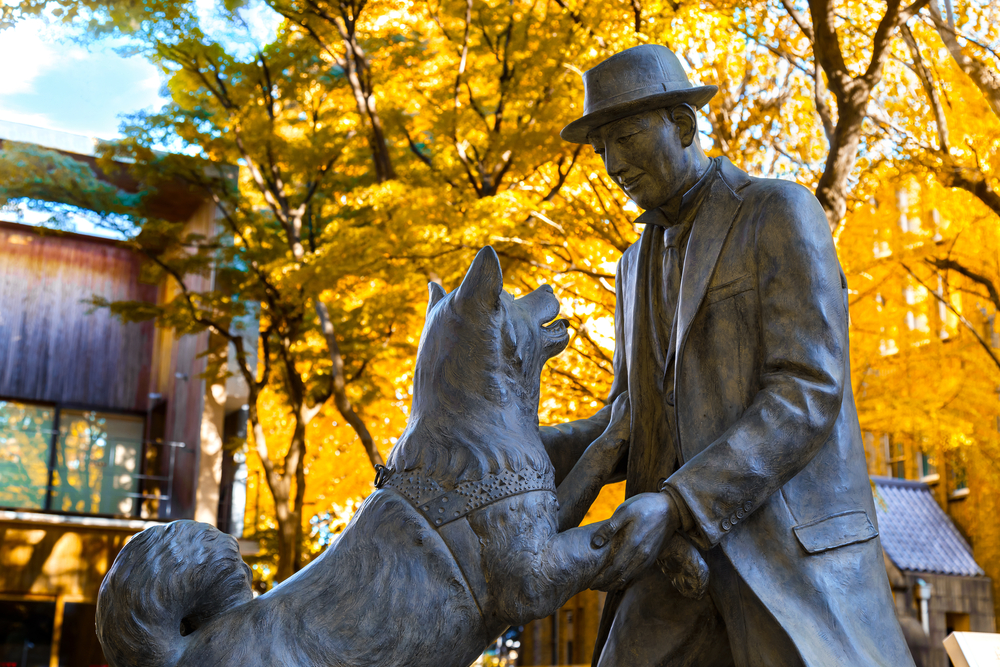 Hachiko died on March 8, 1935, and was found on Shibuya Street, minutes after 5 pm. His body has been embalmed and can be viewed at the Natural History Museum in Tokyo.

Two bronze monuments were erected in Tokyo to Hachiko, a dog with the title of Japanese national symbol of loyalty for decades. The first, by Teru Ando, was melted down during World War II. The second sculpture, by Ando's son Takeshi, introduced in 1948, is today in front of Shibuya Station and is a popular tourist attraction, especially among the young Japanese. Also inside the station is a large mosaic with the image of Hachiko, the dog.

In Japan, in Hachiko's hometown of Odate, there is also the Akita Museum, which, logically, pays tribute to the most famous Akita in the world, Hachiko, the dog. A monument to the puppy was erected there as early as 1932. A new Hachiko statue was presented in 2004.

Following the release of Hachiko - The Story of a Dog, the Japanese Embassy in the United States helped erect the same statue in Woonsocket, where the movie was made, next to Bedridge Railway Station, which served as a place where Hachiko the dog waited for his owner.

In 2015, on the 80th anniversary of Hachiko's death, a bronze sculpture depicting Professor Ueno reuniting with joyful Hachiko was unveiled at the University of Tokyo's Faculty of Agriculture. By the way, Hachiko's monument is also on the tomb of his owner in Aoyama Cemetery in Tokyo. 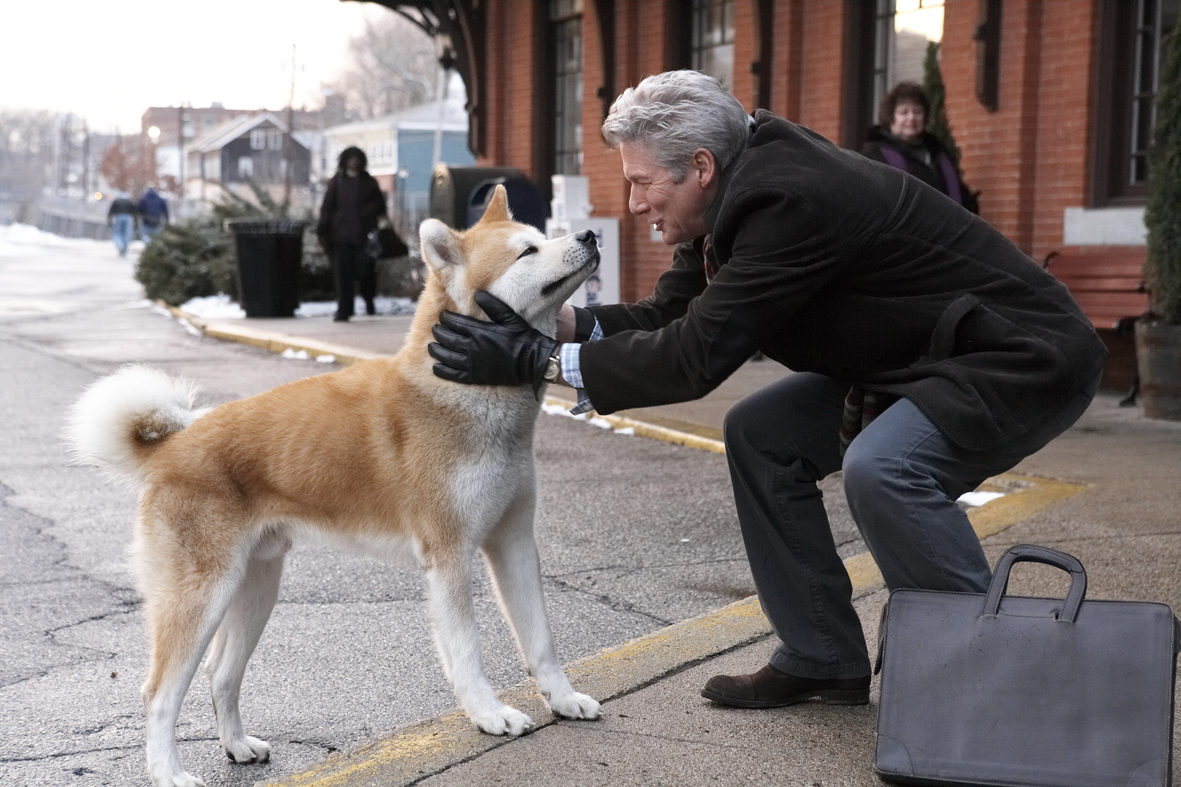 Numerous texts, stories, books, and two movies have been written about Hachiko. The first had its premiere in 1987. Seijirō Kōyama directed the Japanese film The Story of Hachiko.

We are much more familiar with Hachi: A Dog's Tale, an extremely successful movie from 2009. Lasse Hallström directed the American adaptation of the moving story that moved the world. The leading roles were played by Forest, who plays Hachiko in the movie, and the famous Richard Gere, who played the role of Hachiko's owner.

The film, which left no one indifferent, delighted both viewers and critics. Everyone who watched it experienced it with deep emotion.

Hachiko's Story Is Not Unusual 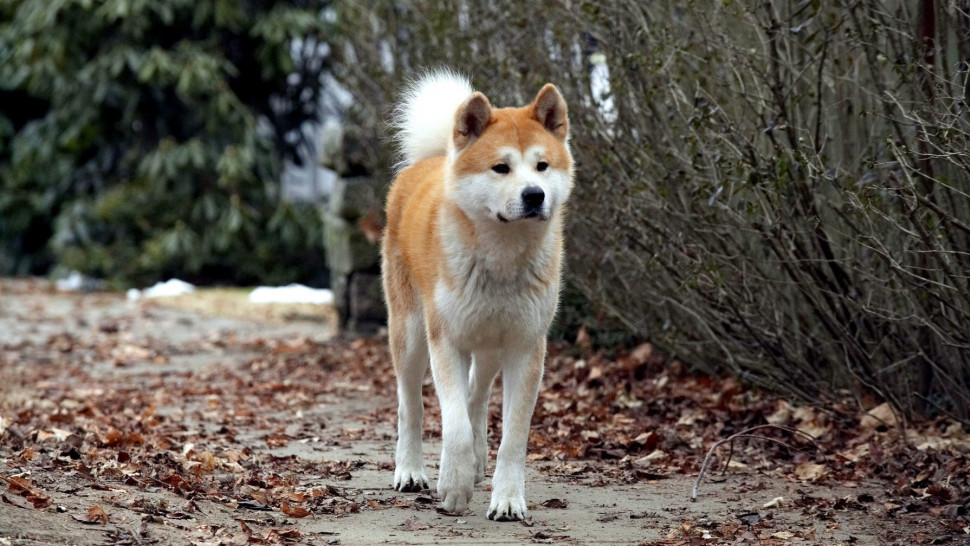 Hachiko is not the only dog ​​whose loyalty has enchanted the world. Greyfriars Bobby is one of the most famous similar stories about the fidelity and love of man's best friend. It was a Skye Terrier who spent fourteen years at the grave of its owner, police officer, and nightwatchman John Gray in Edinburgh.

The pup died in the same place in 1872. Its monument and owner's grave have been a significant tourist attraction for years. 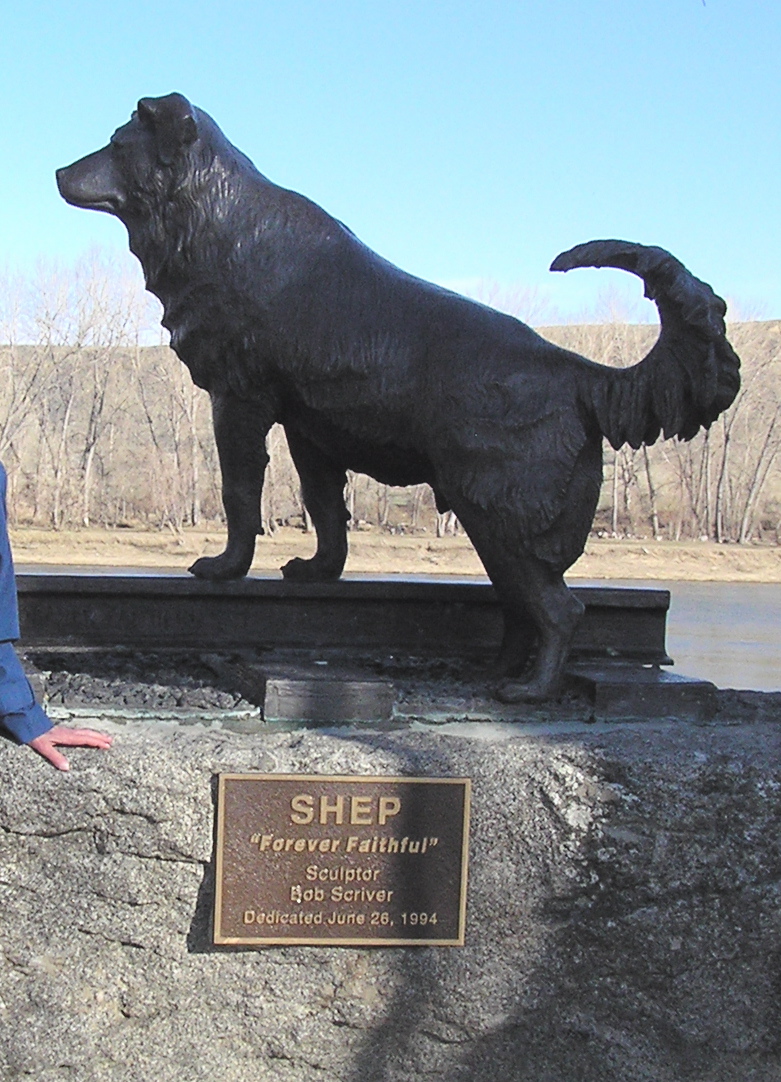 There's also Shep, another dog who spent its life at the train station. It was a Border Collie dog that lived in Fort Benton, Montana. In 1936 the good boy followed his owner to the hospital. After his death, the pooch followed his coffin to the train the owner was boarded. After, Shep remained at that railway station for the next six years.

Among the somewhat younger and forever faithful dogs, we can mention the German Shepherd Tommy from San Donation, Italy, who entered the funeral of his owner Maria. It continued to come to Mass regularly. 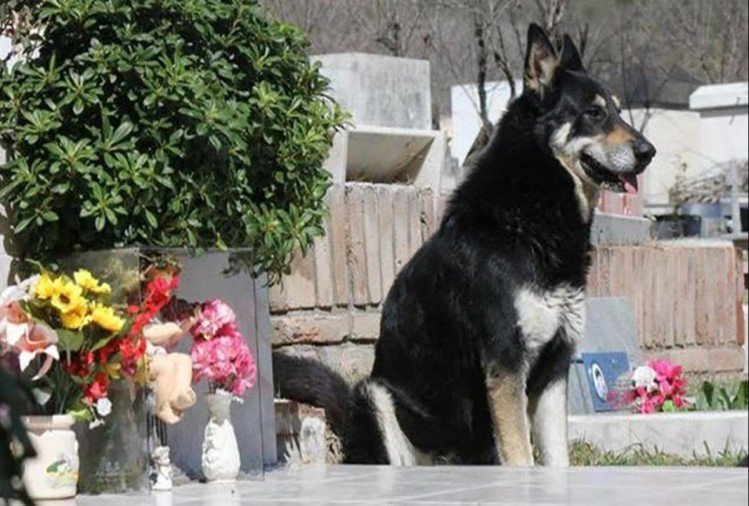 In Buenos Aires is the well-known dog Capitan who slept on the grave of the late owner Miguel Guzman for more than ten years. The dog that died only a few years ago came to the cemetery the evening before the cemetery closed and left in the morning when the cemetery opened.

In Poland, the dog Dzok is known, whose owner died of a heart attack on the streets of Krakow. The puppy waited for him for the following year at the place where it happened.

There are many beautiful stories in the world about dogs, their love, and their eternal fidelity to man. Hachiko the dog was genuinely unique, and its story is one of the saddest ever told of a dog.