Last Monday, Gwen Stefani married Blake Shelton. And, of course, the whole Internet community dropped their jaws to the floor and just drooled.

How could you not be amazed - I mean, we're talking about Gwen Stefani. The one and only Queen that made our youth days bearable with her hit-songs.

However, while the whole world celebrated their love, there was one single person who decided to spread his bitterness all over the place.

Your theories are right. It was her ex-husband, Gavin Rossdale.

Gwen Stefani and Gavin Rossdale were married for thirteen years. And everything sounded as good as it could be. They were a fantastic couple. To be honest, they were the perfect picture of soulmates.

Gwen and Gavin had been together more than 20 years, and these numbers speak something.

But not all stories have a happy ending, and reality strikes stronger than ever. So, back in 2015, the news that Gwen and Gavin decided to split came to us unexpectedly.

It's over, and we're okay with it. It's natural to continue living your life, and Gwen nailed it.

Love Will Find Its Way 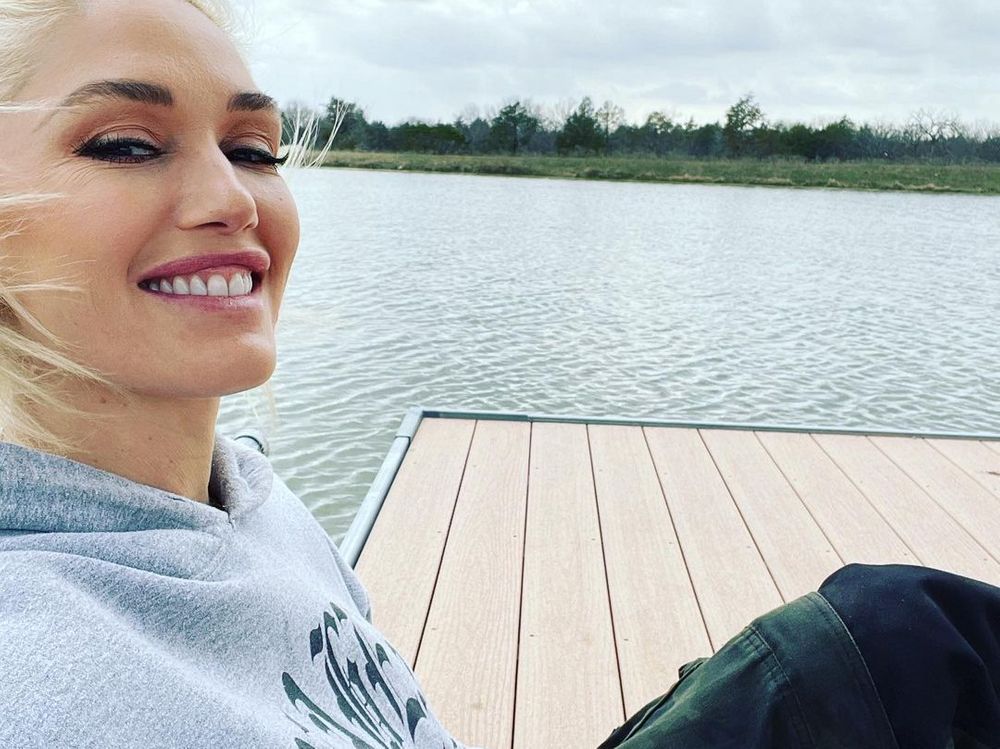 They went their separate ways, and Gwen found happiness with Blake Shelton.

So there we have it - the punk rock princess and the country king tying the knot and looking happier than ever. Six years later, they decided to get married.

There is no need to say that all of their fans were thrilled to hear and see the news for their gorgeous wedding.

Hard Times Made Them Closer 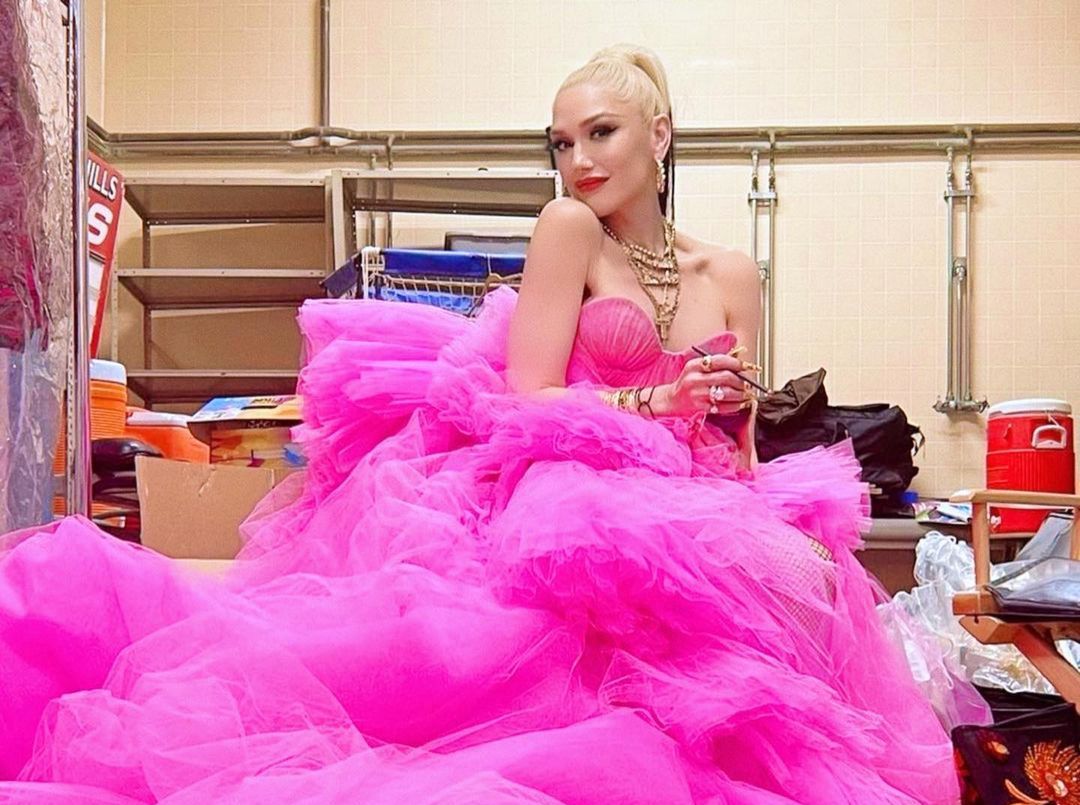 Blake has his history too. His ups and downs with his ex-wife Miranda ended up in divorce in 2015.

At the same time, Gwen was going through her divorce from Gavin, so these two had quite some things in common.

Maybe the struggle was the crucial thing that made them closer, and in the end, they found solace in each other's company.

Remember, hard times aren't the end of the world. Don't give up on love, and it will find you when you're least expecting it.

A New Beginning For Gwen And Blake 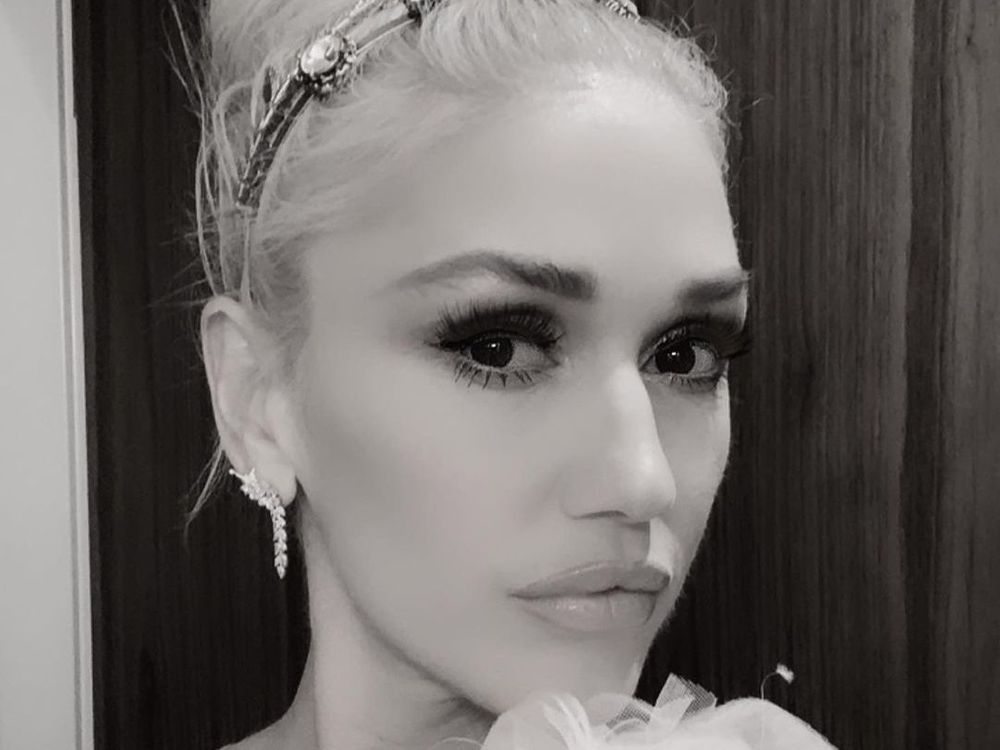 Later, when the divorce saga ended, these two got together. And you can see and tell that things are good for them, and they're finally happy.

After everything they've been through, this relationship felt like heaven.

Gwen once had told that her relationship with Gavin wasn't always smooth as butter. And the whole world agreed that she needed someone new, better, and calmer.

People often think that divorce is something like an easy-peasy thing to do.

But the thing is, it's not. Especially if there are children in the picture - things always get messy and tangled.

Gwen and Gavin explained to all curious media that they were splitting due to the incompatible differences. But later, the truth said something very, very different than some strange and unfamiliar differences.

Reporters found out that Gavin was having an affair with the nanny. And this charade lasted for nearly three years.

Gwen gave an interview for Harper's Bazaar and described that period of her life as "six, seven, eight months of torture."

She shared a piece of her:

"My dreams were shattered. All I wanted my whole life was to have babies, be married, like what my parents have."

Luckily, she's a happy woman that had the opportunity to leave the bad experience behind her and start a new chapter with someone worth having her.

Fans Were Thrilled About Gwen And Blake 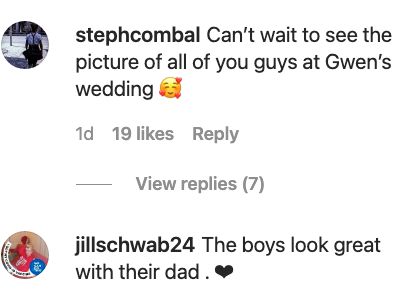 The reactions of their fans were priceless. All of them shared their happy wishes, hoping that their love will last forever.

Supportive comments were all over the Internet.

"The boys look great with their dad."

"The Wolf and his Pack."

And aren't they sweet?

Gwen Stefani posted a video of her in a wedding gown on her Instagram.

In the description, she wrote:

Their gorgeous wedding took place at Blake's Oklahoma ranch. And some sources claim that Blake built a chapel there, and he had a serious intention to get married there one day.

And it turns out that this day finally happened.

More Wedding Pictures For Your Pleasure Only

And, of course, the pictures speak louder than any words.

Gwen and Blake had only 40 guests at their wedding. A small and intimate ceremony that proves how numbers aren't important at all. You don't need thousands of people to feel good on your wedding day.

Just those who are close to your heart and soul.

And she has always been a number one fashionista, so she kept this up by slaying two different dresses at her wedding.

Meanwhile, Gavin proved something that made us roll our eyes hard and say - I told you so to that one friend that didn't support Gwen during all of this.

He shared a picture of himself and his three sons. 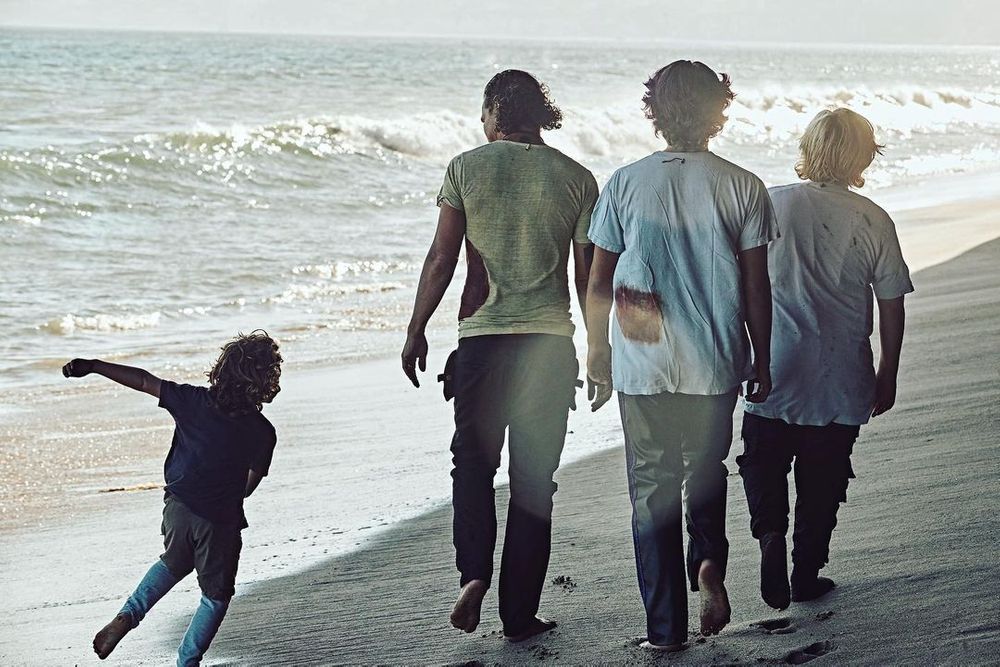 Under the picture, he wrote:

"Happy 4th we going this way."

Yes, his reflection time has never been more obvious. But even if it isn't - sorry, buddy. We can't support the cheater and the liar all wrapped into one with a ribbon on it.

At the end of the day, we're hoping and wishing that everyone will find their happiness.