A man from Arizona thought it would be a brilliant idea to write down the license plate numbers of cars at a Tuscon Planned Parenthood clinic in order to follow the owners and "reeducate" them on abortion in their own homes. 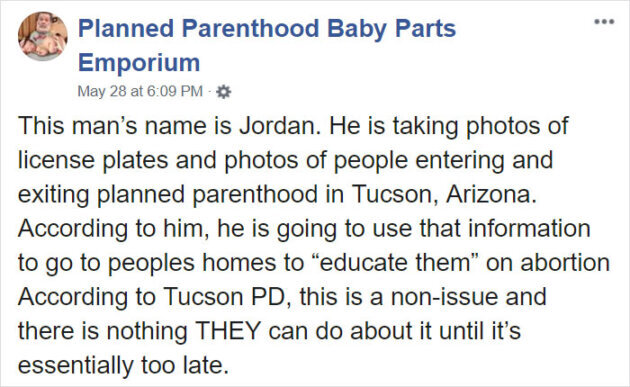 Police Won't Do A Thing About It

Without a doubt, what this guy is doing is highly inappropriate. However, the police have not stepped in to handle the matter despite getting reports about the harassment.

Apparently, until he resorts to hurting or even killing these women, the police cannot do anything about this creepy form of "protest."

He Doesn't Hold Back

According to a Facebook group that reported his actions, Planned Parenthood Baby Parts Emporium, the man has said he will even criminally harass, stalk, and intimidate his targets.

The group advises people to stay safe and be on the lookout for him once he starts taking photos of their vehicles.

He Is Not Even Ashamed Of His Actions

When he saw the post about him on the Facebook page, he sent a post. He mentioned that he had plans to set up his own page to post the license plate numbers of those entering Planned Parenthood.

"Hopefully we can identify some of these people and visit the homes to help bring awareness and truth about abortion."

He also assures readers that police were on board with what he was doing, including taking pictures of individuals and vehicles. Jordan also said that the cops were not okay with people being violent against him.

It is not clear why the man thinks Planned Parenthood only handles abortions. Other services people get at the facilities include assistance with birth control, female health issues, and even pap smears.

Therefore, the man is incredibly misinformed to assume that every woman going in is looking for an abortion. That has left a lot of people quite dumbfounded.

As A Result, Donations To Planned Parenthood Have Increased

So, even though what this man is doing makes you feel bad, take comfort in the fact that his actions have improved funding to these facilities. 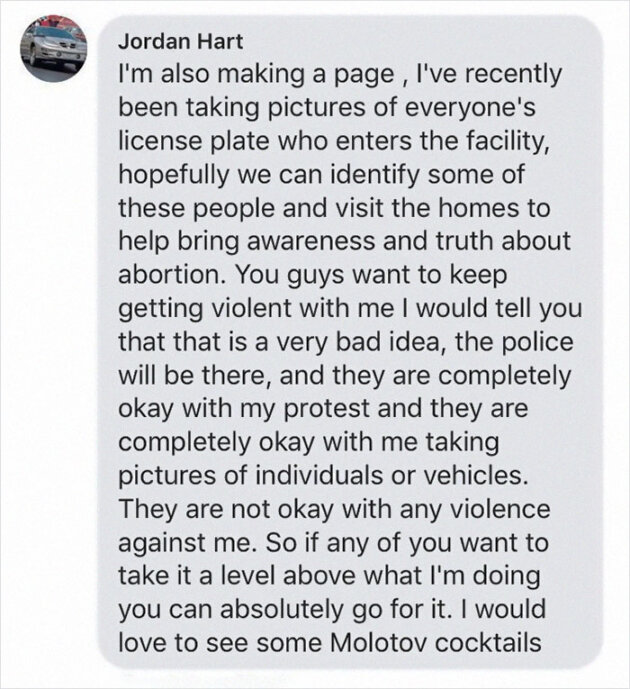 It's unbelievable the lengths some people will go to defend their wayward opinions. Luckily, this dark cloud has a silver lining.