A basking shark, usually known as a "gentle giant," felt like a creature an overconfident guy could swim with.

A basking shark is the second-largest fish in the ocean, and it is found in several places, including the north and south Pacific ocean. The monstrous sea creature can also be found in New Zealand.

These creatures weigh in at six tons and consume zooplanktons. For that reason, they are considered harmless to humans.

Armed with this knowledge, the guy felt that there was no harm in him jumping into the water to swim with what he believed to be a basking shark.

As soon as the man dived into the water, his friend made the shocking realization that they had misidentified the shark. The friend shouted a warning to the guy, but it was already too late.

Soon after he was inside the water, the guy could be heard saying it was "a bad idea." He then started to swim towards the boat as his friend told him, "That's not a basking shark, dude." 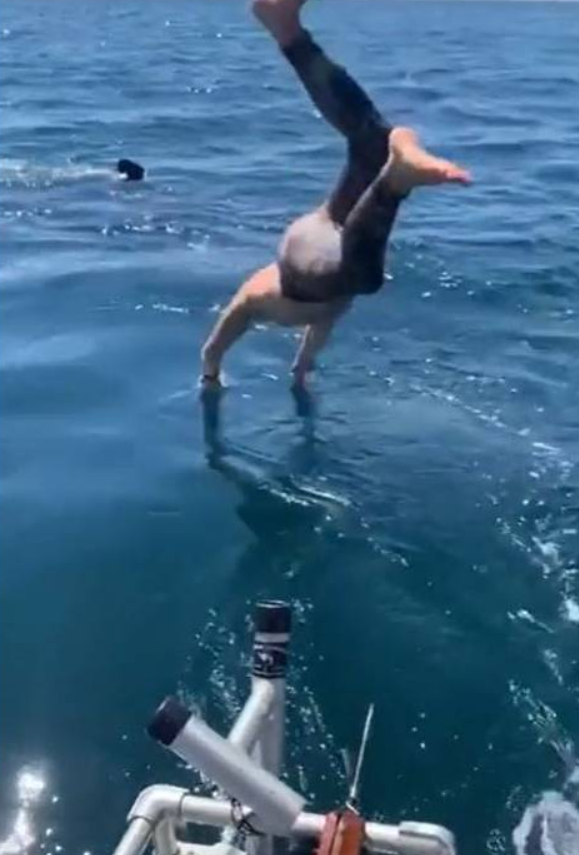 It is not clear what happened after this. Fortunately, based on how calm his friend sounded, the guy hopefully made it back to the boat.

Another thing that's not clear is what kind of shark they had seen.

The video was posted on Reddit, and it has gone on to get thousands of views and comments.

One commenter noted that there were many words of wisdom in the video, such as "that was a bad idea" and "that's not a basking shark, dude." There are many types of sharks lurking in ocean waters, such as hammerheads, blues, makos, and white tips, which means that the odds of crossing paths with a basking shark are pretty low.

One Redditor said that this turned out to be their "favorite all-time horror/adventure film." The internet user also pointed out that the video had a lot of tension and offered a massive "one-in-a-million" payoff.

The internet user went on to say that they did not even want to take a bath after watching the video for the first time.

Another Redditor echoed these sentiments who said this was the "scariest video" they had ever seen. In all likelihood, this guy in the video will not be swimming any time soon.