It was an ordinary Monday afternoon in a suburb of Medellin in Colombia. A motorcyclist parked in front of a local butcher shop. The engine was still humming when the man went inside and approached the chubby older woman counting money.

He got near, fired two bullets into her temples, and disappeared into a cloud of dust on his motorcycle.

Thus, in September 2012, the turbulent and controversial life of the queen of cocaine - Griselda Blanco - ended.

This woman, complicated, corrupt, violent, and influential, wrote the darkest pages in the history of narcotics. She paved the way for Pablo Escobar and those who came after.

A Woman In A Men's World 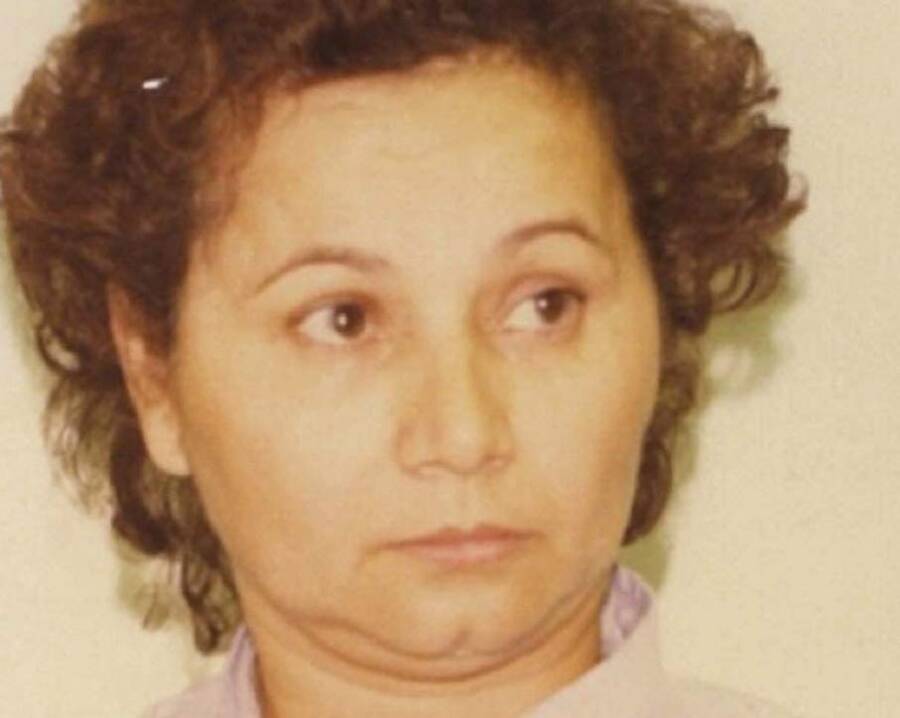 Griselda Blanco was a woman in a men's world, more vicious than anyone in the world of drugs. This robust and rude Colombian planned a series of treacherous ways to distribute narcotics. Her methods still work to this day, with no prospect of being replaced.

Griselda Blanco counted at least 250 murders in her criminal opus and had 20 false names.

They say that Blanco hypnotized people - she won them over with her insight and made them loyal followers. There was a lot, a lot of fear - everyone who worked for her was aware that she had never asked for what she could not do independently. She was a brutal sociopath and would kill anyone who didn't like her, who owed her money or did a lousy job.

Griselda Blanco was born in indescribable poverty in one of the most notorious settlements on the slopes of Medellin. She was on the streets when she was only 14.

Griselda Blanco ran away from home to avoid suffering verbal and physical abuse from her mother's partner. She started selling her body when she was pressed by poverty and despair.

In the late twenties, already ruined by rage and malice, she met Albert Bravo, a well-known cocaine dealer. He was one of the leading players in the then famous and most influential Medellin drug cartel. 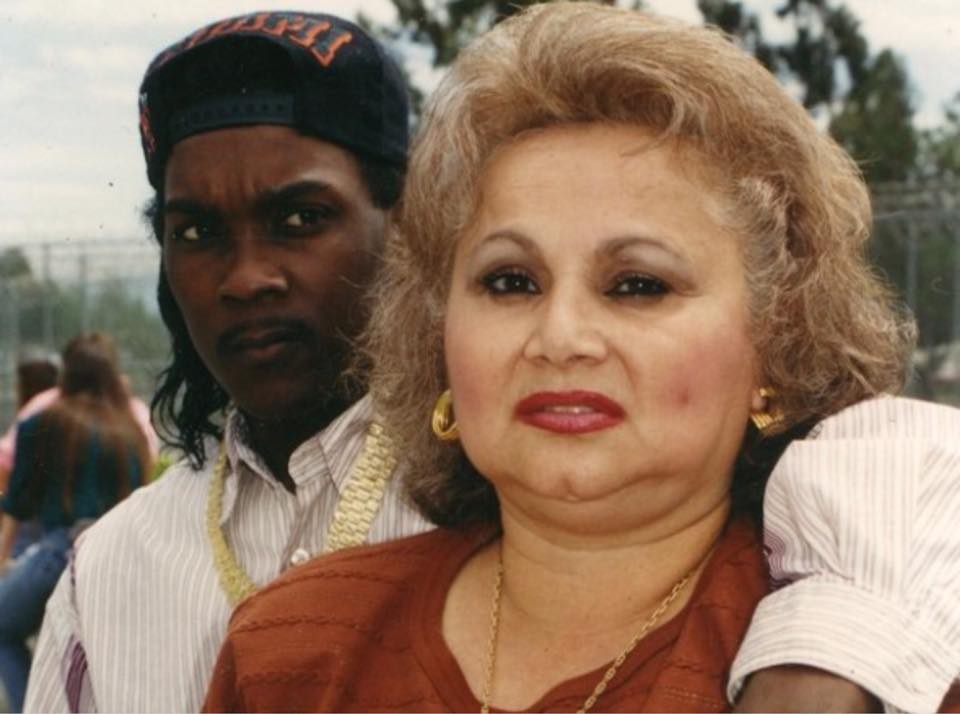 The Colombian "Cocaine Godmother "Griselda Blanco started working for Bravo. She bought unrefined cocaine, which he would later process in empty clothing factories and send to laboratories. However, this business relationship soon turned into an emotional one. He fell in love, and Griselda Blanco did not want to miss the opportunity.

The infamous couple made good money and had more than plenty. But the couple knew that if they wanted to make serious money, they had to travel to New York, where the cocaine market was worth millions and millions at the time.

They soon emigrated, ended up in Queens, and married there, posing as clothes importers. In the beginning, they knew that thanks to their Colombian ties, they had an advantage over their competitors. The two soon gained a considerable market share, suppressing the Italian mafia, which had the upper hand in the city.

It didn't take long for Blanco and her husband to become the first Colombian drug dealers to bring Medellin's cartel products to the United States. It was years before Pablo Escobar followed in her footsteps.

Griselda Blanco was also a pioneer in using young mule girls. The young women were begging for an opportunity to get off the streets, make money and work for "La Madrina," as they called her. 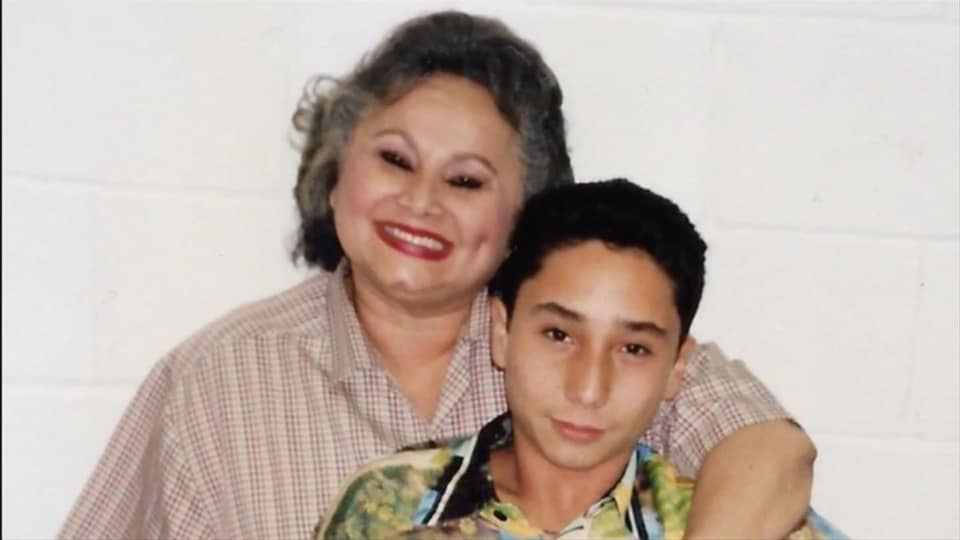 Over time, this woman created a business empire employing hundreds of petty criminals who were just pawns in her game. She also came up with ideas for creating custom bras and belts with hidden pockets that could hold cocaine. Blanco also founded a specialized clothing store in Medellin. Its purpose was to make underwear for drug smuggling so the army of her mules could transport drugs from Colombia to the United States.

In bras, corsets, and panties, her mules carried several kilograms of cocaine.

Some still remember when one of Griselda Blanco's mules, Mariela Zapata, was arrested and charged with 20 kilograms of pure cocaine found in her underwear. Zapata was deported to a Colombian prison, but she did not betray her boss, and that was the loyalty that all Blanco's employees had to have.

It is estimated that in the early 1970s, Blanco and Bravo shipped more than 11 tons of cocaine to America each month. Their business flourished to such an extent that they decided to separate. Bravo was supposed to run a company from Colombia, while "La Madrina" was supposed to stay in New York, expand the empire and keep competition to a minimum.

La Madrina Enjoyed Drugs Too Much 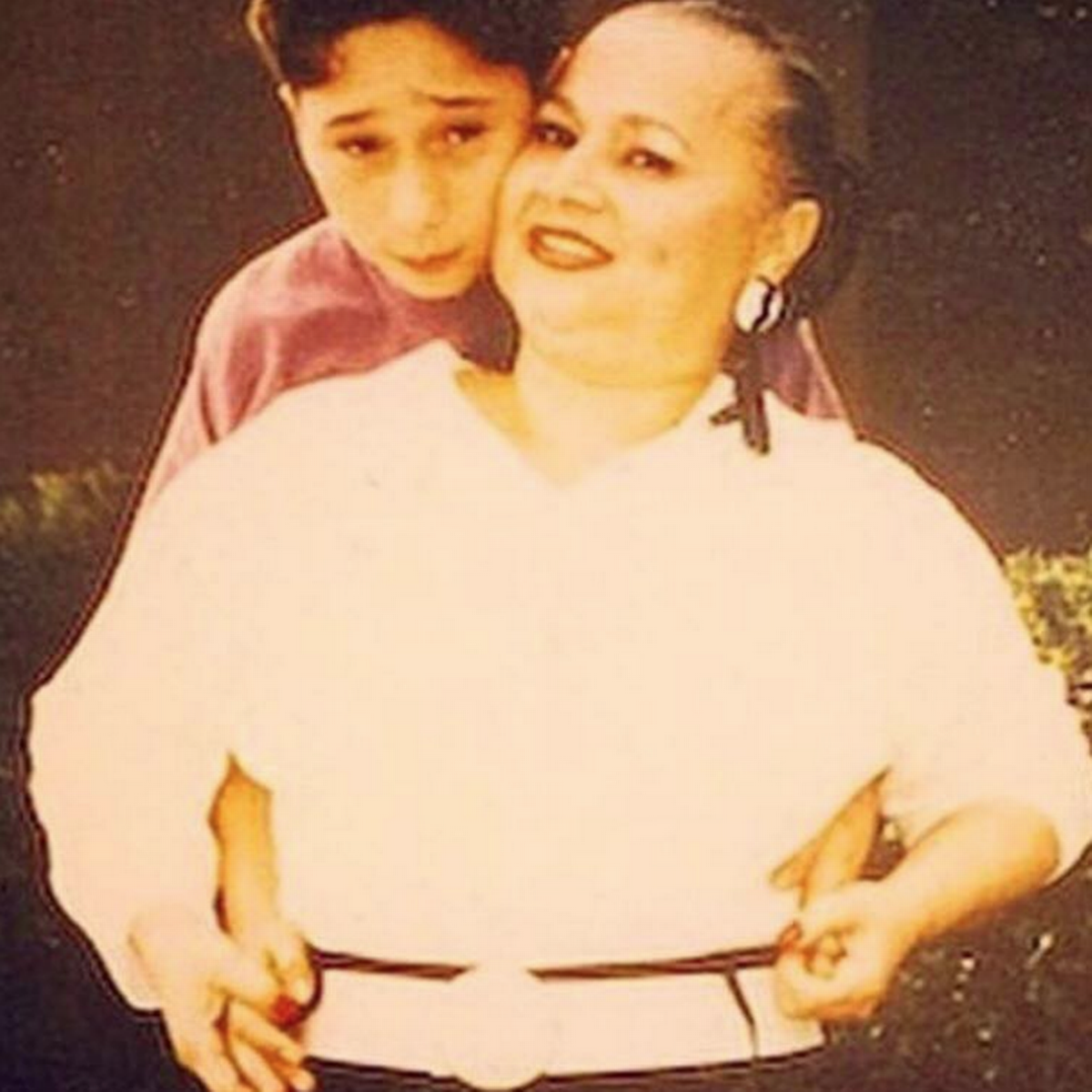 However, along with the expansion of the cocaine empire, Griselda Blanco's desire for narcotics grew. She constantly smoked vast amounts of unrefined cocaine "bazooka." Under the influence of a bazooka, she became paranoid. She focused all her delusional thoughts on her husband, becoming convinced that he was cheating on her in marriage and business.

With time, Blanco became irreversibly "infected" with paranoia and was afraid of everything and everyone. She prepared a plan for her escape in a private plane at her disposal at the Miami International Airport at all times.

Her fears became a reality in 1975 when the American police tried to stand in her way during the largest drug operation to date. However, the mission failed, as Griselda Blanco flew to Bogota only a few days earlier.

When she returned to her homeland, Griselda was convinced that her husband was planning to turn against her by joining forces with the young and promising Pablo Escobar.

She doubted her husband and arranged a meeting in front of a nightclub in Bogotá. A bodyguard accompanied her. Griselda Blanco's husband ridiculed and mocked her nickname "Cocaine Godmother" as they got out of their cars.

Nervous, enraged, and revolted, she grabbed the gun from her boot and shot Albert without hesitation. 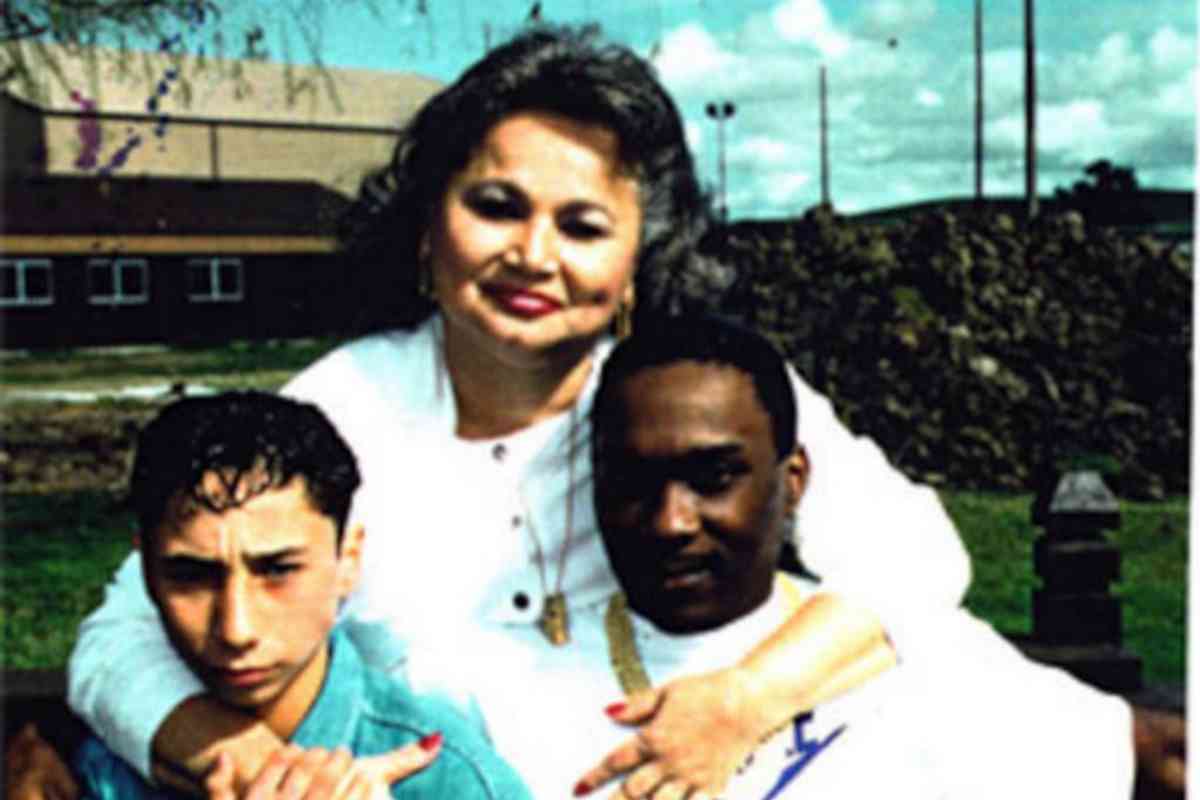 Bravo was dead. The cold-blooded murder gave Blanco a new nickname - "Black Widow." There was no one to stand in her way anymore. She took complete control of the cocaine business in Colombia, safe from the US prosecution.

Her power grew when she remarried in 1978 to the vicious bank robber Dario Sepulveda, whose brother worked for her as one of the assassins. In the same year, they had a son, Michael Corleone Blanco, expectedly named after the role of Al Pacino in The Godfather.

She returned to Miami with her son and husband using a fake passport. Her physical transformation and deformed appearance due to many years of drug abuse made entering the States possible. 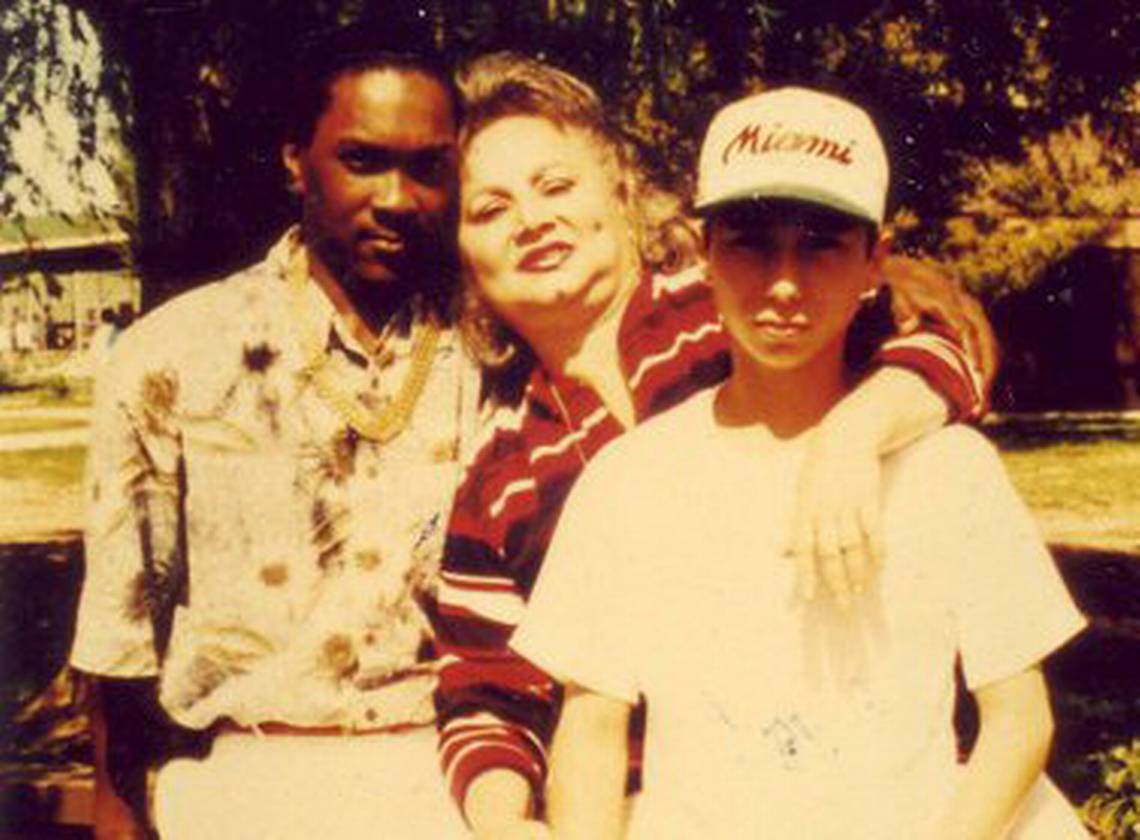 Griselda Blanco's second husband, Dario, was off track - he couldn't keep up with her lifestyle and wanted to protect their son from typical bloody scenes. He kidnapped the boy and took him back to Colombia. He paid with his life for that decision. Griselda's men killed him disguised in police uniforms in front of the eyes of then 5-year-old Michael.

The final collapse of "La Madrina" followed in 1985. She was arrested at her home on drug charges and spent 19 years behind bars. In June 2004, at the age of 61, she was released from prison and deported to her native Colombia. 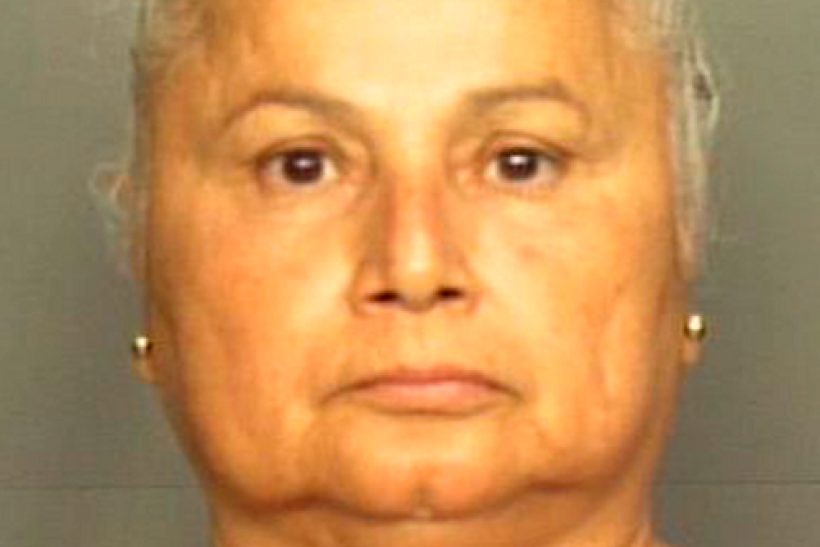 However, the cocaine market has long been run by younger and more ambitious people. So, she survived on a few properties left to her in Medellin.

Griselda Blanco's strength and money faded at the end of her life. All she had was a legion of enemies waiting to take revenge on her.