A grandma melts hearts online with the sweetest reaction when she finds out she's moving in with her grandson.

Growing old comes with many challenges, including experiencing social isolation, losing a spouse, and, of course, developing aging-related illnesses.

Thankfully, this grandma in Florida had one less thing to worry about. She won't be lonely any longer.

That's because her grandson, Matthew Stewart, has solved the problem for her by arranging for her to move in with him in his new home.

While revealing the most heartwarming news to her, Matt was right to capture her priceless reaction on camera.

The Story of Matt and Grandma Bobbe 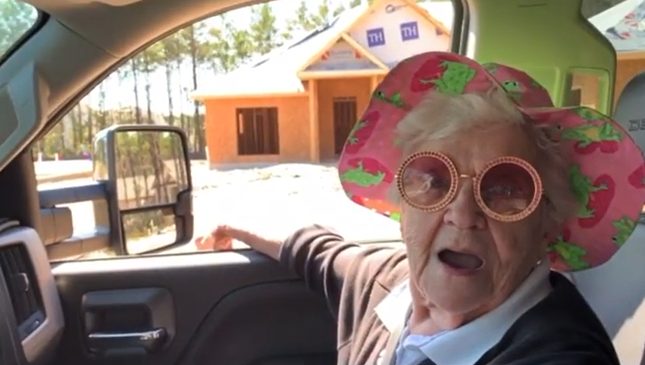 The duo is known as 'GB and Me' online. They became famous because of their inspiring relationship and the strong bonding they present on videos Matt shares on TikTok.

In one of the videos, Matt posted a hilarious TikTok video of her trying to give him gas money. Since then, they have become social media sensation.

The pair have already amassed more than 165,000 Instagram subscribers and 2.9 million TikTok followers.

In an interview with Cafe Mom, Matt explained that his grandma is more like a mother than a grandmother.

"We have a very close relationship and love each other very much. I spent much of my childhood with her and my grandfather.

"I guess you could say we're a pretty good team." 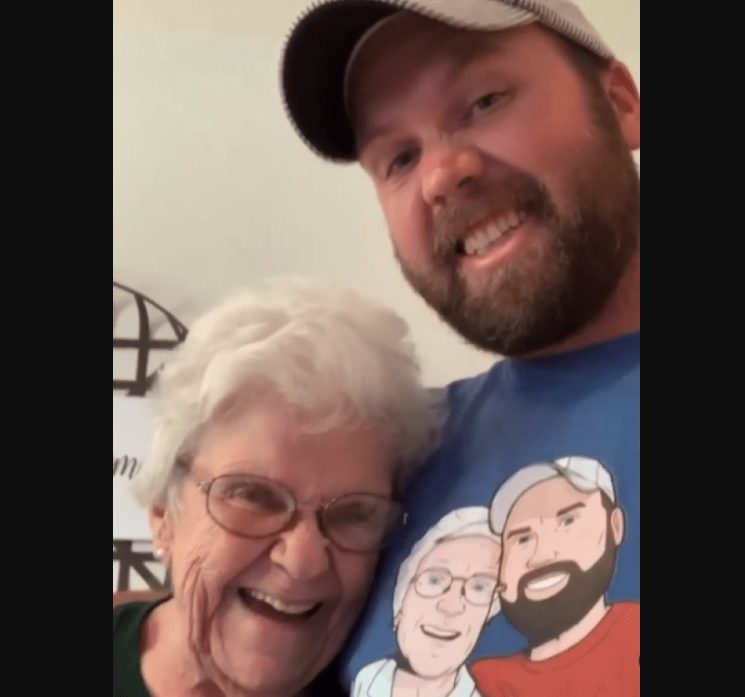 The internet community has also fallen in love with her, and many have even asked if she could be their grandma, too.

Of course, GB would welcome any of their followers with open arms.

"I've had tons of people send me messages saying how much they miss their grandparents and seeing her bring back good memories."

"I've also had messages saying they wish my grandmother was their grandmother."

"She has built a following of people who truly seem like a social media family. She said she wants to adopt all her followers, so she's OUR grandma now."

Matt had been planning on moving in with his grandma for a long time. To surprise her, he took her for a drive.

In a viral video Matt shared on Instagram, the pair can be seen parked in front of a construction site.

As it turns out, the unfinished home is their soon-to-be residence. However, the grandma didn't know she was to move in with him.

As they sat together in the car looking at the house, Matt told her about her private sitting room, accessible bathroom, and bedroom.

And the grandma couldn't help but get emotional after hearing these details.

She wiped her tears and told Matt she's happy 'somebody wants' her, to which he replied jokingly, 'of course we want you! I guess…'

When he asked her if she was ready to move in, well, she responded, 'my bags are already packed.'

Matt's idea was to point out that we owe so much to our grandparents. With each day passing by, we've less time to express our gratitude towards them.

He also wants to inspire others to be with their grandparents and not forget about them because they have done so much to us that we can't imagine how our life would've been if it weren't for them.

Speaking of his grandma, he said:

"She was there for me in the past for the toughest time of my life, and now I get to take care of her in the final years of her life."

"Our grandparents need us. Even just a phone call can make their day. They're not going to be here forever, so we better spend as much time with them while they are still here."