On August 11, 2004, a Florida woman named Gayle Laverne Grinds died at the age of 40 after surgeons were unable to successfully separate her skin from a couch during a six-hour operation. This occurred because she had spent six years sitting on the same couch.

According to the rescue workers, Grinds' home was in a very dirty condition because she had become so large (weighing nearly 480 pounds) that she was unable to get up and use the bathroom. Her brother and his girlfriend called the medical rescue team because Grinds was experiencing "emphysema problems" and difficulty breathing.

Everyone who entered the home had to wear protective gear due to the strong smell. In order to improve the air quality, they had to bring in fresh air. After several failed attempts to remove Grinds from the home, including the construction of a plywood plank that was too small to hold her, the rescue team finally removed the sliding glass patio doors at the back of the home, creating a 6-foot opening large enough for her to be removed through. 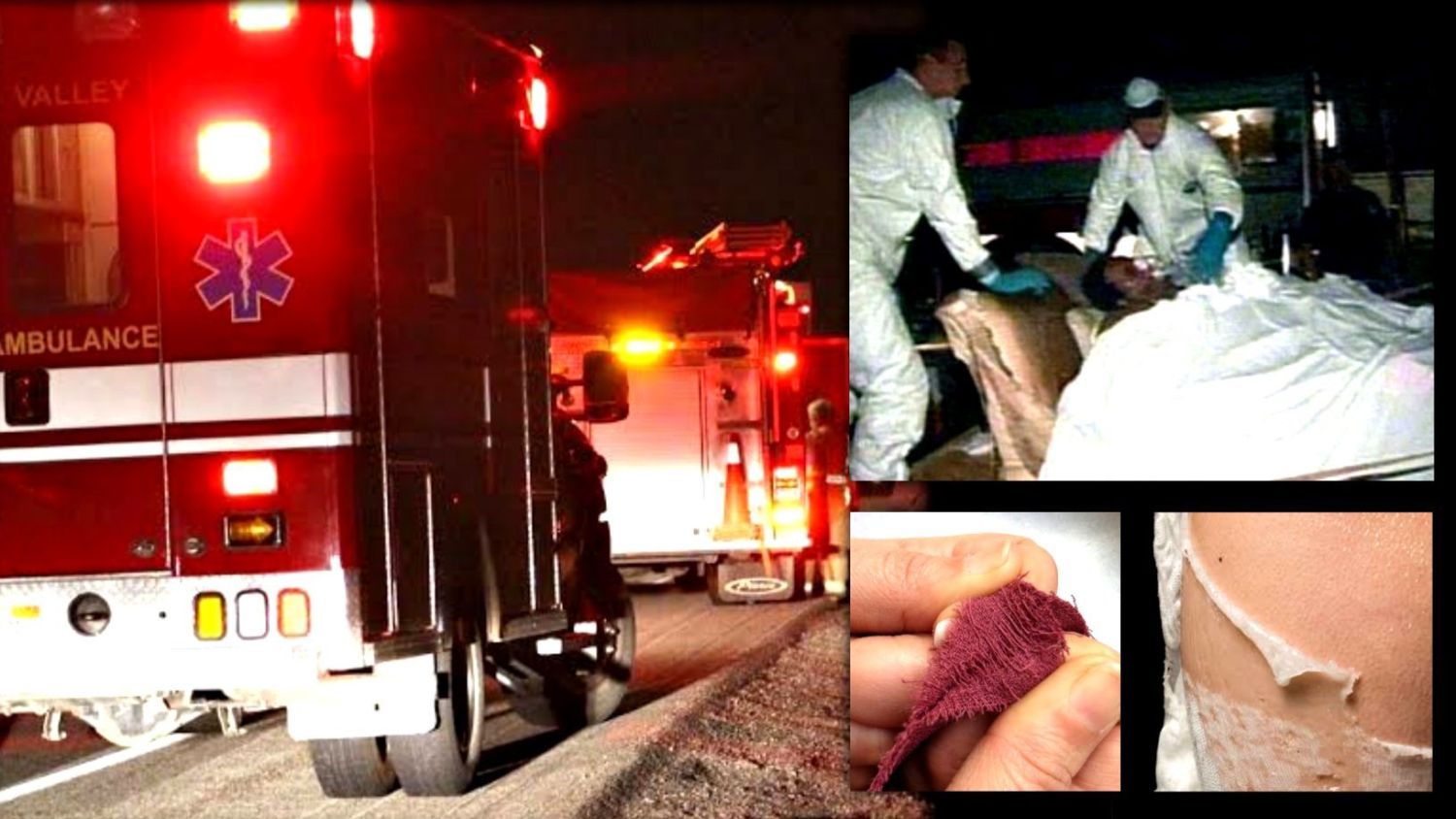 The rescue team placed the couch with Grinds on it onto a larger wooden plank supported by thick boards, which was then placed on a utility trailer. However, they were unable to get her into the ambulance. Instead, they attached the trailer to the back of a pickup van and left the scene sometime after 2:00 am.

Grinds died at 3:12 am while still attached to the couch at Martin Memorial Hospital South in Florida. The preliminary autopsy listed her cause of death as "morbid obesity," but officials were still investigating based on the conditions in her home.

Herman Thomas, a 54-year-old man who lived with Grinds in a duplex apartment in Golden Gate, south of Stuart, Florida, told investigators that he had tried his best to care for Grinds, who was 4ft 10 inches tall. He had attempted to get her out of the chair but was unsuccessful. Thomas claimed that Grinds was his wife, but no record of their marriage could be found.

No charges were filed against Thomas or anyone else, but officials were investigating the possibility of negligence. The inside of the home was described as being in a state of disarray, with trash scattered on the floor and walls covered in feces. Pictures had been knocked off walls, furniture was toppled, and there were areas of bare concrete visible.

The process of removing Grinds from the couch was extremely difficult and painful, as her body had become fused to the fabric of the chair after spending so much time sitting on it. The team decided to try to surgically remove her from the chair, but unfortunately, Grinds passed away during the procedure.

Skin is made up of cells and layers. If enough weight is placed on the skin, the fibers of fabric can become entwined with the skin. This does not happen with every fiber or every layer of skin cells, but it can occur frequently enough that it appears that the two are intertwined. This is particularly likely to happen if the weight or pressure on the skin persists over an extended period of time. This can occur with morbidly obese people who are often in the same position for long periods of time, as was the case with Grinds. This is less likely to happen with smooth fabrics, but it can still occur due to the presence of fibers in all fabrics.

Jerry Thomas, who lived across the street from Grinds for six years, said that he had occasionally seen young girls at the home, but he did not know that Grinds was inside.

"All we knew was the old man lived there," he said. "I had no idea a woman ever lived in that house. Apparently, she'd been on that couch a long time."

Several unidentified relatives who were present at the scene were distressed by the situation. Sheriff's investigators questioned how Grinds was able to live in such conditions without more assistance from family or authorities.

The Department of Children and Families (DCF) can provide assistance to adults who are unable to care for themselves, but DCF officials said that they were unaware of Grinds and had not been informed about her before she died.