In May 2022, many gas stations throughout Washington had no fuel to sell to their customers. Those that had any left hiked their prices.

Reports now indicate that fuel price boards will have enough room for double digits in preparation for prices over $10 a gallon.

In the past, the boards were programmed for single digits only. There has been no confirmation that prices will go past $10 a gallon, but that is a possibility. 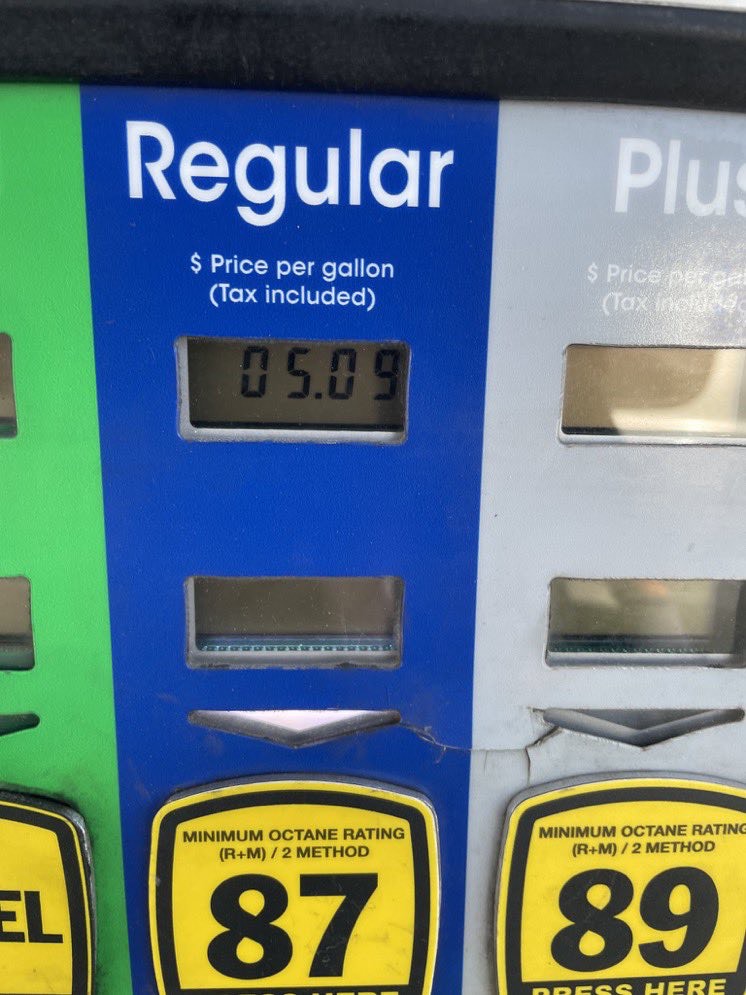 The petrol station that talked about the possibility, Auburn's 76 Gas Station, which sells race fuel in addition to regular fuel, addressed the possibility of having boards that could display double-digit prices.

A rise in the price of race fuel might eventually go past $10 a gallon.

During the fuel shortage, pumps put notes telling their customers that they had no more gas. Some of them only had diesel left.

Things had never gotten this bad before, and people were rushing to fuel their vehicles.

Nevertheless, it was not apparent how the pipelines affected fuel prices since they would not be built by the time the fuel prices increased.

Russian hackers also attacked the Colonial Pipeline, which created a gas shortage in many states on the South and East Coast.

Later, Biden canceled an oil lease worth over a million dollars. According to many people, if the lease had not been canceled, there would be greater energy independence in the country.

The situation was made worse by the US's decision to ban the importation of Russian oil and gas following the country's attack on Ukraine.

The price of crude oil continues to rise, and therefore, it costs more to put a gallon of gas into your car. America's oil industry is operated by independent companies.

The costs of oil and drilling have been low in the past, but they decreased to about $23 a barrel after the start of the COVID-19 pandemic. As a result, production went down since it was no longer profitable to produce crude.

Inflation is part of the reason energy costs have gone up, reaching the highest levels in 40 years. For this reason, the price of premium gas has risen to $5.24 in 2022, up from $3.62 last year.

Andrew Gross, an AAA spokesperson, blamed the high prices on the high cost of crude oil. Gross pointed out that not even the annual seasonal demand dip for gasoline between spring break and Memorial Day, which lowers fuel prices, had any effect on fuel prices.

The worst part is that there is no end to the rise in fuel prices. A data analyst at Kpler, Matt Smith, claimed that an average fuel price of $5 per gallon was "by no means beyond the realms of possibility."

What Are We To Do?

In March 2022, Biden attempted to lower gas prices by announcing the release of a million barrels of oil a day for six months from the US Strategic Petroleum Reserve. According to the White House, the plan may result in a price reduction of about 10 to 35 cents per gallon.

Unfortunately, according to Scott Sheffield, the chief executive of Texas oil company Pioneer Natural Resources, this might not offer a long-term solution. Sheffield said this was still "a Band-Aid on a significant shortfall of supply."

The government was also putting pressure on oil companies in the country to increase their drilling and production rates.

Drivers are trying to make the best of the situation by avoiding unnecessary trips while looking for places offering lower gas costs.

A senior market analyst, Troy Vincent, urged people to avoid hoarding gas. Instead, he advises people to have a budget for gas since the high prices will be around for a while.

He pointed out that, as soon as the price of crude rises, prices at the pump rise very quickly. However, when crude prices fall, the pump prices remain higher for a little longer.