Gary Heidnik was a tall, handsome man with black hair and piercing blue eyes. He was a well-read and eloquent preacher with a high IQ and had over a million dollars in his bank account. In short, he was someone we would call a "good catch"… If we ignore the detail that he was also a psychopath who enjoyed raping, torturing, and killing young black women.

Those who survived months of torture in Gary Heidnik's basement will never find peace again: memories still haunt them in nightmares, and horrific scars tarnish their bodies, like silent monuments to human evil. On the other hand, some died at the hands of this monster while the thick basement walls muffled their cries.

Which ones were luckier? It's hard to say… 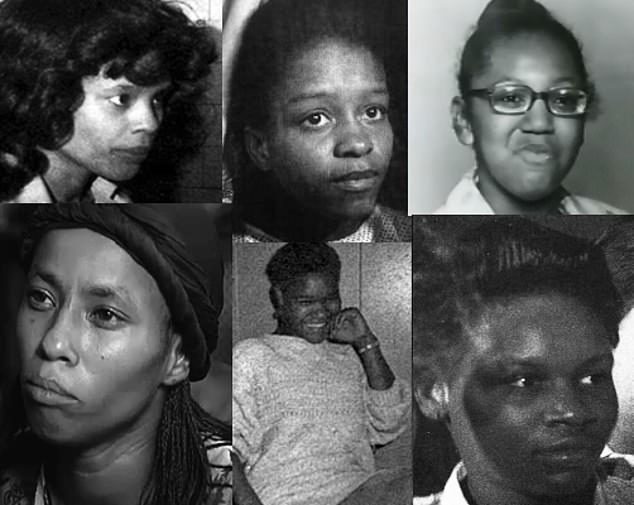 When she came to, it was already morning. The little light that penetrated the basement allowed her to get a better look at her dungeon. It was a small room with a meter deep hole for an unknown purpose. When she heard the jailer's footsteps, Josefina began to tremble with fear… Fear turned to panic when Gary Heidnik told her in a calm voice what awaited her.

"You are here to provide me with offspring. I plan to bring a dozen more slaves, and your task is to give birth to as many children as possible for me! "

The maniac explained and then, to give weight to his own words, raped the troubled girl.

When she was left alone, the poor thing started screaming out loud, hoping one of the neighbors would hear her. It was a wrong decision: Gary Heidnik ran into the room and brutally beat her with a stick, after which he threw her, all bloodied, into a hole in the middle of the room.

"You'll quickly learn that every disobedience is punished!"

He hissed, then covered the hole with a piece of plywood. 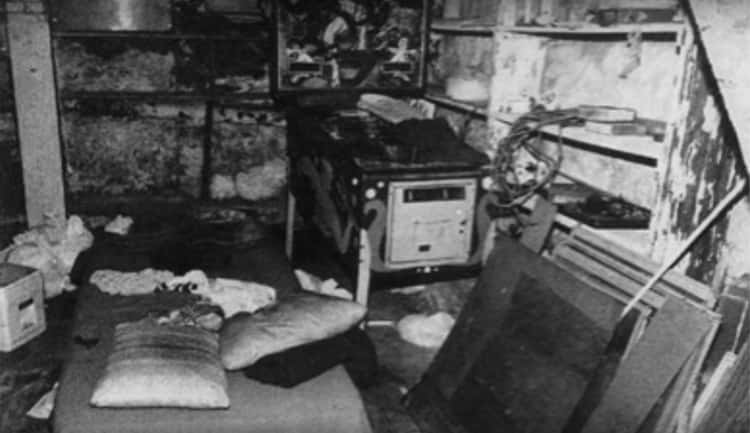 When Gary Heidnik pulled her out of the hole a few hours later, Josefina realized she had been given a "roommate." After the kidnapper left the room, she began a conversation with the fragile stranger who, just like her, was chained.

She found out that her companion and peer's name was Sandra Lindsay, and it became clear to her that the girl was mentally disabled.

She explained, apparently unaware of the gravity of the situation in which she found herself:

"Gary is a good man. I often slept with him, and he bought me food and clothes. "

Josefina sighed heavily. She will indeed not find an ally in this poor girl if an opportunity to escape arises.

He raped and beat the girls every day, and if they cried too loudly, he would leave them hanging from the ceiling for hours in that position. He fed them dog food and rotten vegetables and did not wear clothes, so they huddled together at night to keep warm.

Gary Heidnik patrolled the streets in his vehicle two days before Christmas, looking for a new slave girl.

Nineteen-year-old Lisa Thomas was on her way to a friend's house when a man in a silver Cadillac pulled up next to her and offered her a ride. He lured her into the house by promising her dinner and new shoes, only to rape her after throwing drugs into her drink. When she regained consciousness, she was tied up in the basement. 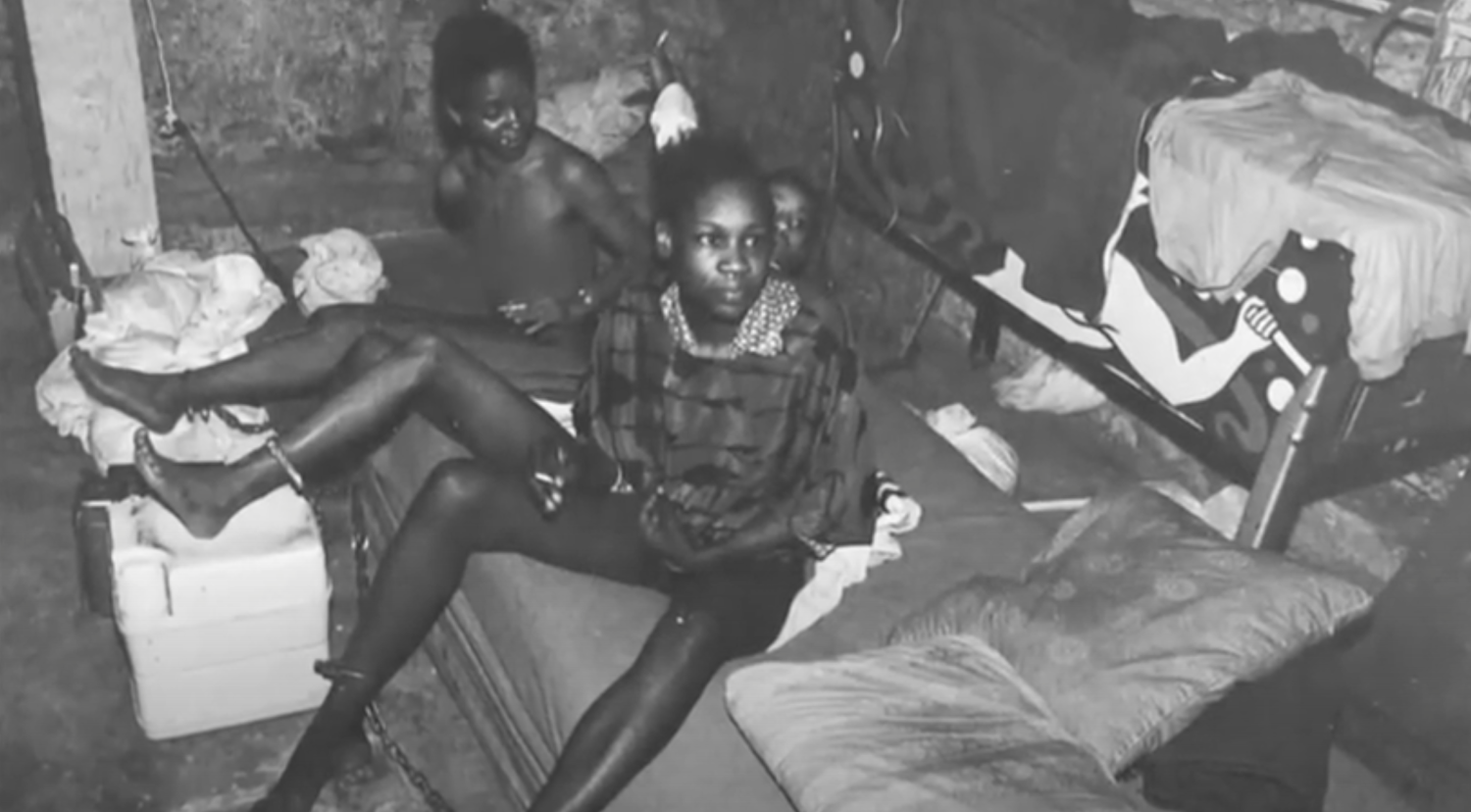 Josefina explained the situation to her in a soft voice and advised her to be obedient if she wanted to avoid beatings. Two more girls ended up in the dungeon in January: 18-year-old Jacqueline Askins and five-year-old Deborah Dudley. While the former very quickly accepted the maniac's rules, the latter opposed him at every opportunity.

Deborah's arrival created tensions among the other girls, as Gary Heidnik also punished them when she was disobedient. He developed a new disciplining method to destroy their harmony: the others had to whip her if one was disobedient.

Over time, Josefina gained the trust of her jailer. She pretended to enjoy the rapings, vigorously reporting the other girls' disobedience. Convinced that she was happy to be chosen as one of his "wives," he treated her champagne for her birthday. 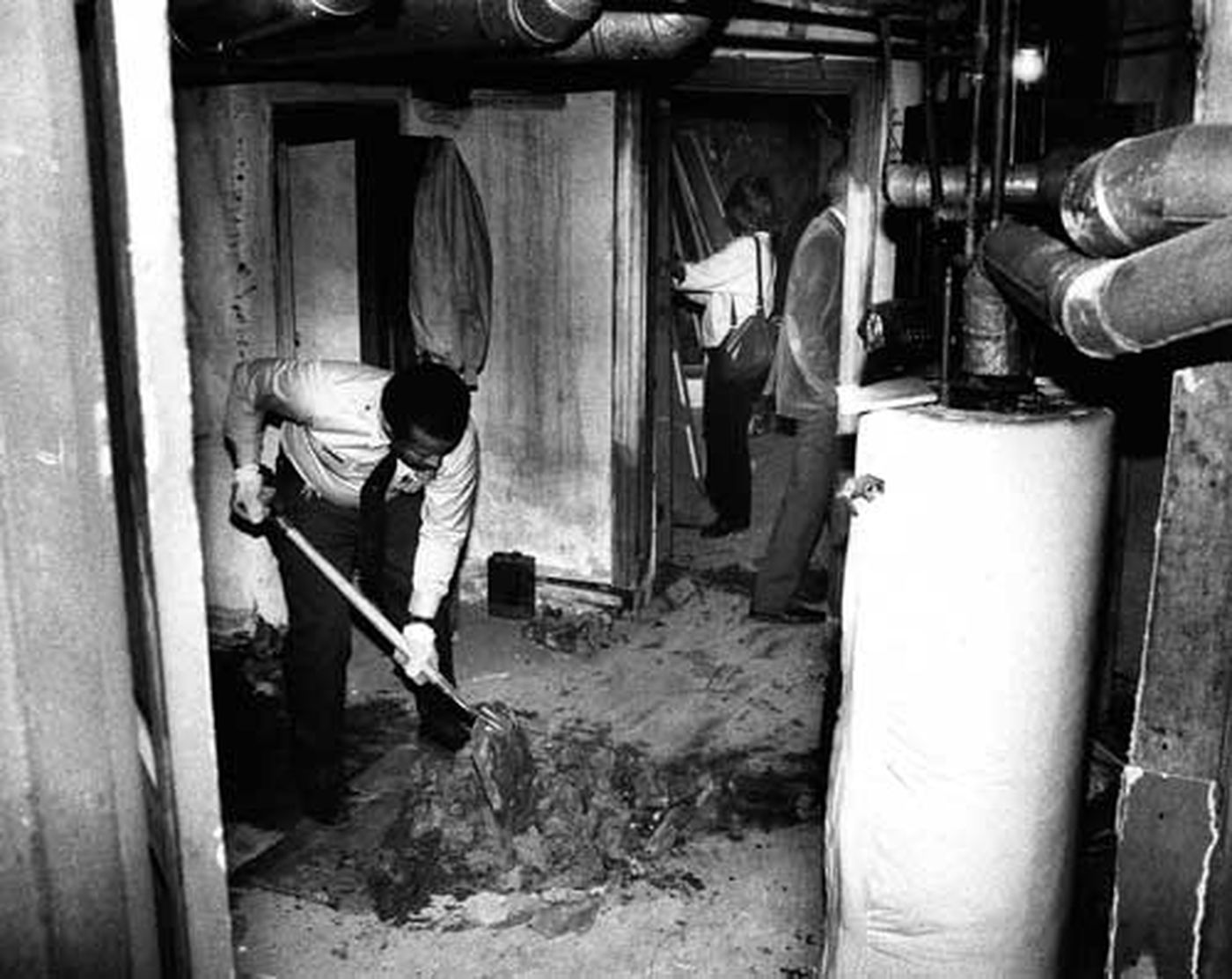 Heidnik had another reason to celebrate. Heidnik believed that Sandra, whose period late, was carrying his child. He realized that the girl was not pregnant a few days later, which infuriated him.

The girl ended up in a punishment hole. When Gary Heidnik caught her trying to move the plywood that covered her, he trampled on her with boots for hours and cut her with a knife until she lost consciousness. As he did not give her anything to eat or drink in the following days, the girl developed a fever.

One morning, her roommates found her dead, curled up on the floor. Realizing what had happened, Gary Heidink took the body out of the room. When they heard the sound of a chainsaw shortly after, the girls had an idea of ​​what was happening.

The monster, meanwhile, took up cooking: Sandra's ribs were baked in the oven, her head was boiled in a pot, and her limbs were put in the freezer. He ground some meat into a food processor to mix it with dog food and fed the captives with a disgusting mixture. 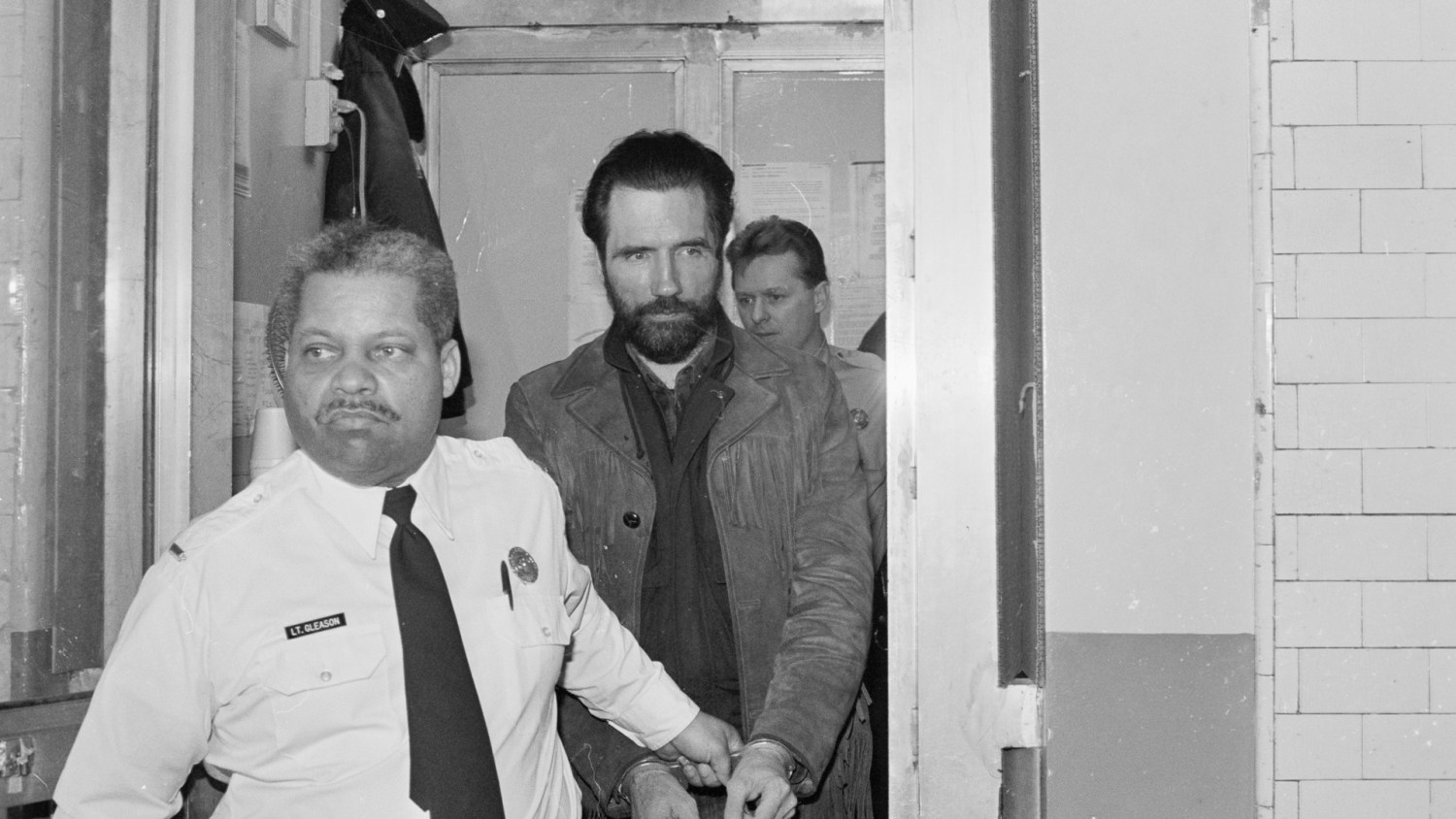 The weeks after Sandra's murder was particularly difficult. Fearing the same fate, the girls began to plan an escape. Not wanting to lose her hard-earned pet status, Josefina betrayed them to Gary Heidnik. The punishment was as cruel as it was pragmatic. He stuck nails in the ears of "traitors," wanting to deafen them and prevent them from forging future conspiracies.

Josefina was spared, and she did not suffer the new method of torture he devised - electroshock. He removed the insulation from one end of the wire, plugged it in to lean it against the prisoners' shackles, and watched them writhe in agony. Deborah, whose rebellious spirit failed to crumble through daily torture and humiliation, was the most common victim of such treatments.

After biting him during one rape, Gary Heidnik decided to go further in his cruelty. He ordered Josefina, which he looked at more and more as his partner, to fill the punishment hole with water and then pushed Deborah into it.

Josefina began to tremble when Heidink handed her the wire and commanded in an unusually calm voice, "Fry the bitch!"

At first, she refused, but when he threatened to try the treatment on her, she leaned the wire against Deborah's chains. The girl began to twitch violently, and after a few minutes, her body stiffened and disappeared under the water.

The Torture Comes To An End 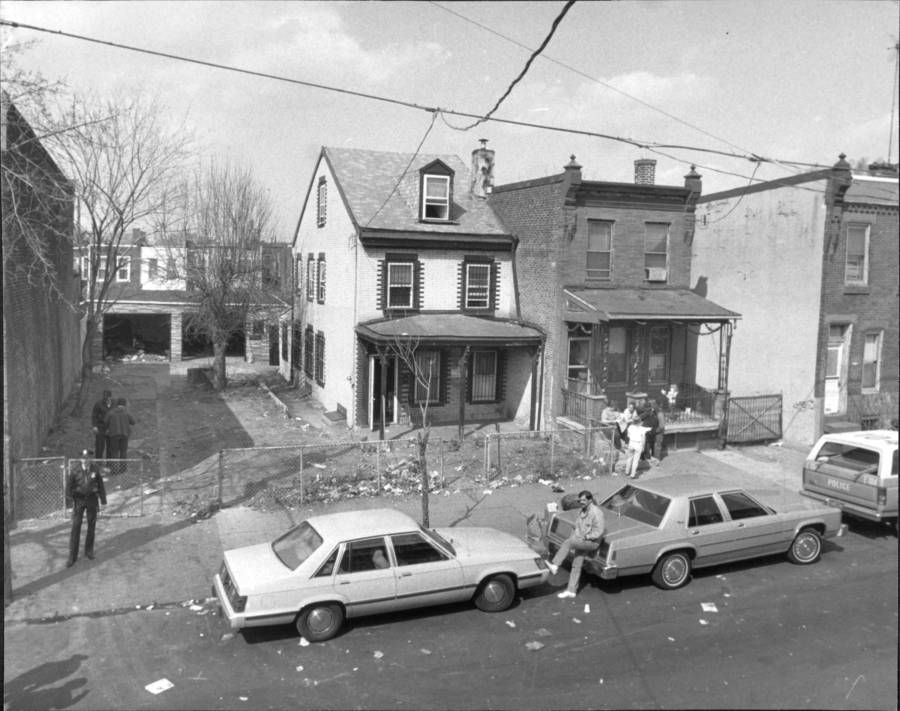 After Deborah's murder, Gary Heidnik allowed Josefina to move freely around the house. She had the "honor" of sharing a bed with him. He took her shopping, as well as to lunches at nearby restaurants.

During one of the joint outings, he noticed a young black woman of the petite build. "She could be a replacement for Deborah, right?" he asked Josefina. Though her stomach churned, she had no choice but to agree. Moreover, she helped her "husband" to lure the girl into the car and tie her up in the basement. Agnes Adams, a 24-year-old student, will be the last detainee of the house of horrors.

A few days later, Josefina decided to execute the long-conceived plan. She persuaded Gary Heidnik to let her visit her family. As a token of gratitude, she promised she would bring him a new "wife." 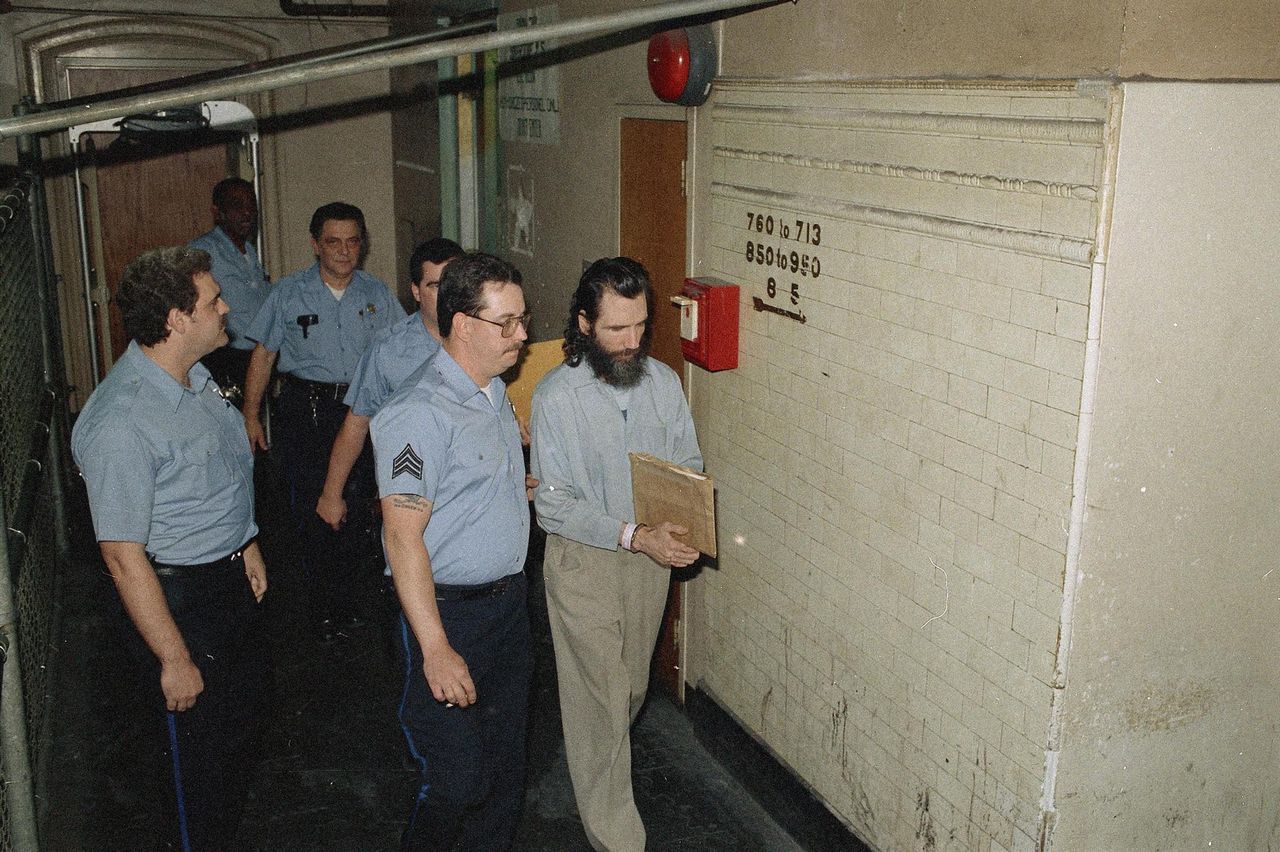 Incredibly, Gary Heidnik believed her words. As soon as she was free, the girl rushed to the police. When someone rang his doorbell, Heidnik knew the game was over. In his basement, officers found three girls: Agnes Adams and Lisa Thomas were lying naked on cold concrete, and Jacqueline Askins was trapped in the punishment hole.

Detectives were shocked by the girls' appearance: they were sickly thin, full of wounds and bruises, and barely alive. They were even more horrified when they entered the kitchen. They found the remains of Sandra Lindsay and Deborah Dudley.

The defense of legal insanity did not pass in court: Gary Heidnik was sentenced to death. On June 6, 1999, he received a lethal injection.