Designers have unveiled a futuristic "Sky Cruise" that will allegedly never land. The aircraft could take 5,000 guests on a trip through the skies.

The airborne hotel will rely on 20 engines operated by nuclear fusion to stay in the air permanently. The unique concept has been revealed through a new video.

The "flying hotel" should allow guests to have a good time above the clouds. Some of its perks include a swimming pool and a shopping center. 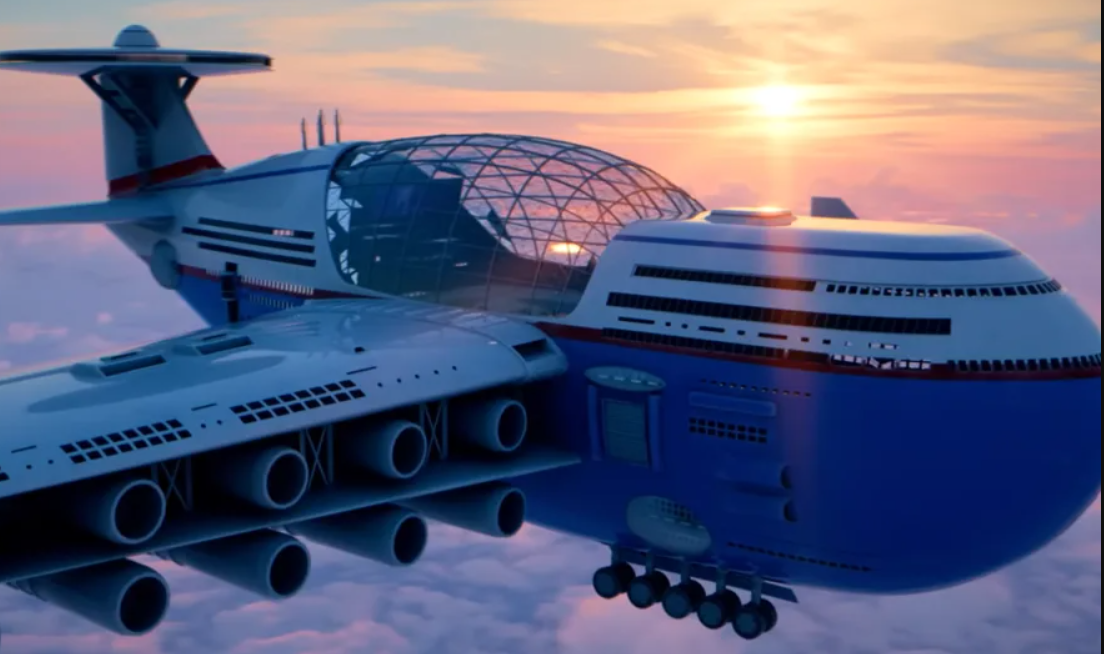 The plane will also be piloted by AI.

In the video, a massive jet that looks like a blend between a mega-cruise ship and a space station can be seen gliding above the clouds. The video was shared by Hashem Al-Ghaili, an animator, on YouTube.

According to designers, the cruiser will have its disc-shaped observation tower. This will allow the passengers to enjoy beautiful views of the sky above the clouds.

The designers have argued that the vessel can stay in the air for several years. The passengers and other supplies will be taken to the flying cruise through private or commercial electric jets. These jets could land on the top of the cruiser.

Al-Ghaili has claimed that the cruiser is the "future of transport." He has explained that conventional airlines would take passengers to and from the Sky Cruise.

Any repairs would have to be done while the aircraft was still flying.

Best of all, the Sky Cruise would not cause any carbon pollution since its 20 electric engines would offer "clean nuclear energy." 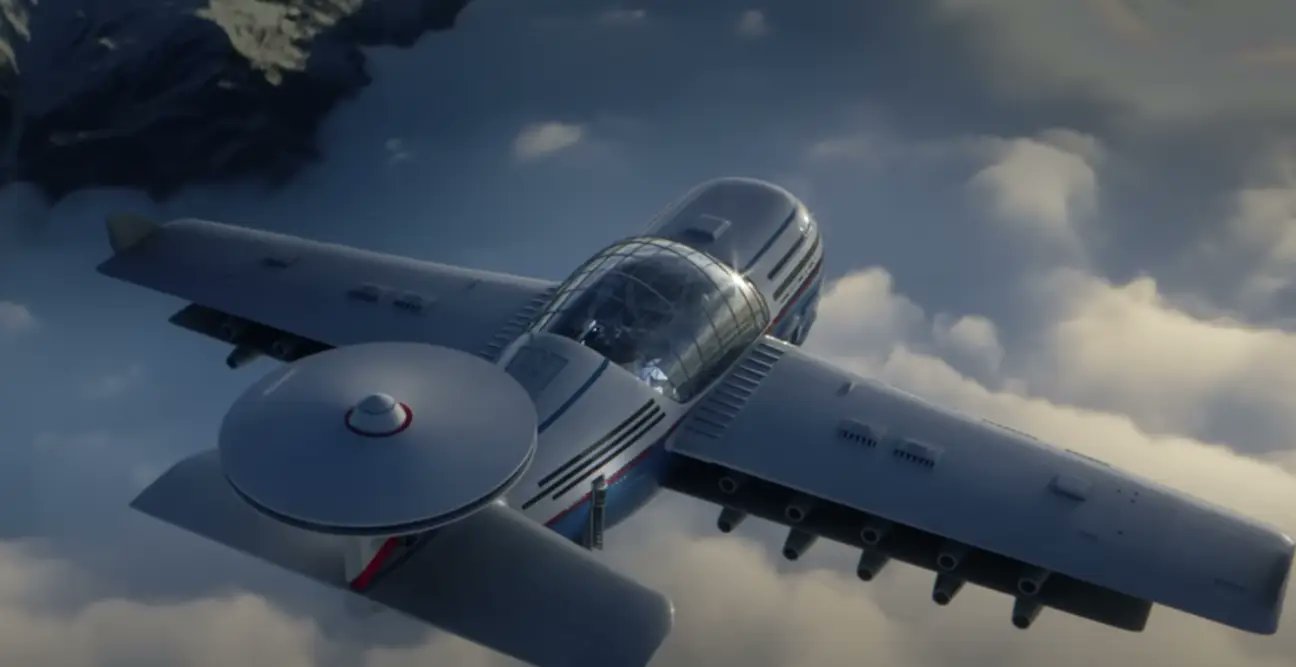 When Al-Ghaili was asked what people would think of the giant aircraft, he asked:

"All this technology and you still want pilots? I believe it will be fully autonomous."

Nevertheless, the Sky Cruise will need lots of staff. In the promotional video, potential guests are promised restaurants and a giant shopping mall.

The guests will also get theaters, a swimming pool, and gyms. The creators of this concept also claim that the Sky Cruise is the ideal wedding venue.

The launch date for the futuristic hotel has not been announced yet. Still, not everyone is in support of Al-Ghaili's idea. 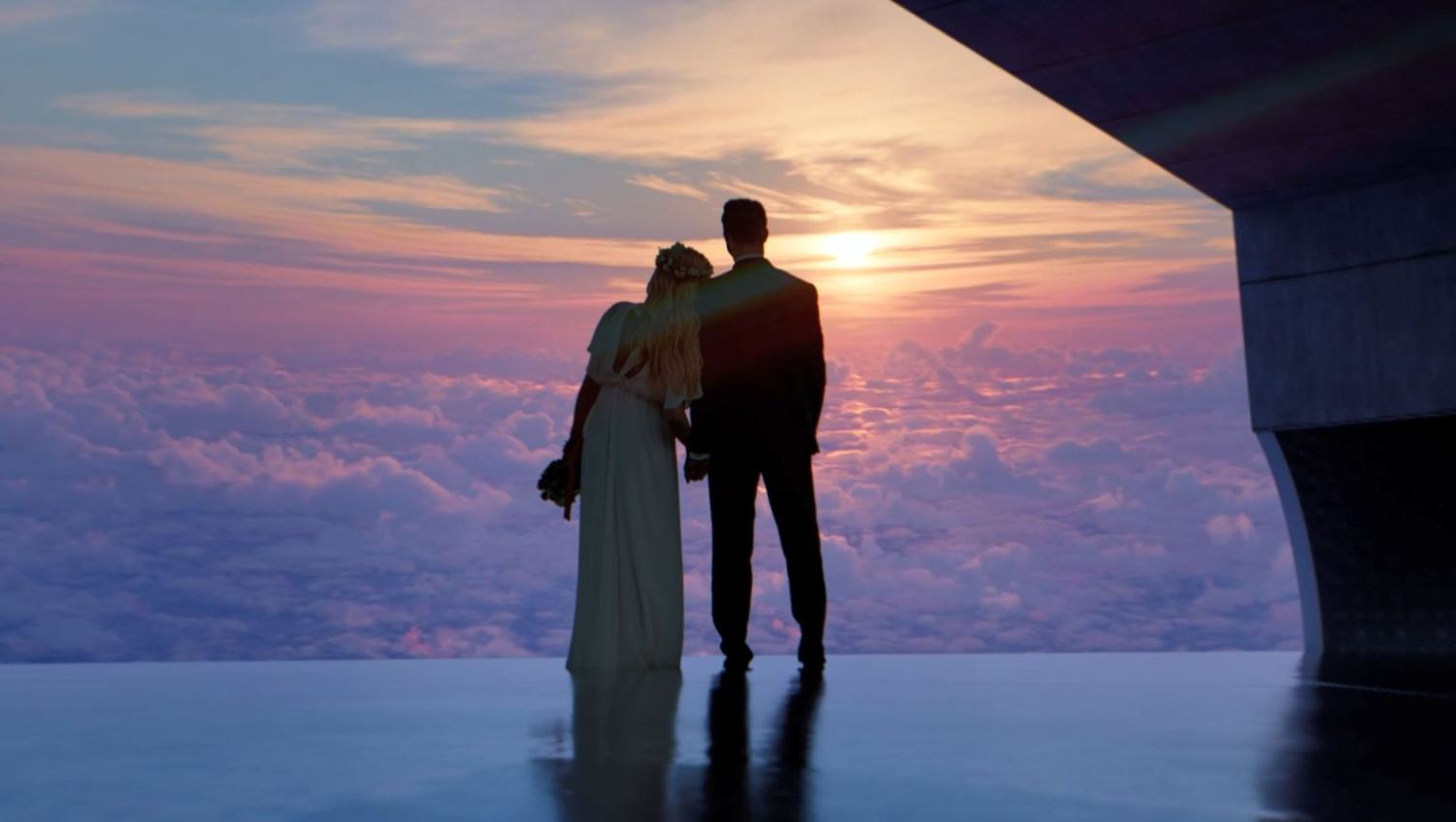 "Great idea putting a nuclear reactor in something that could malfunction and fall out of the sky."

Others have said that the Sky Cruise is the "new Titanic." They pointed out that the lifts outside the aircraft are not very aerodynamic.

The vessel has also been criticized for using nuclear power, which means it could destroy a city once it crashes to the ground.

Granted, the project would involve massive costs, which means a trip to the Sky Cruise would be very expensive.