16-year-old Alex Williams, a BJJ Junior world champion, proved that fighting skills are not just for sports but also great for defense.

During his first week of college, an older man confronted and assaulted him. At first, Williams reacted mildly, but the man refused to back down.

It happened on Guisborough High Street, North Yorkshire. Williams was with a friend on his lunch break when an unknown man approached them.

The video showed that the man got very close to Alex Williams and tried to attack him, while the young man tried to defend himself without getting too physical. 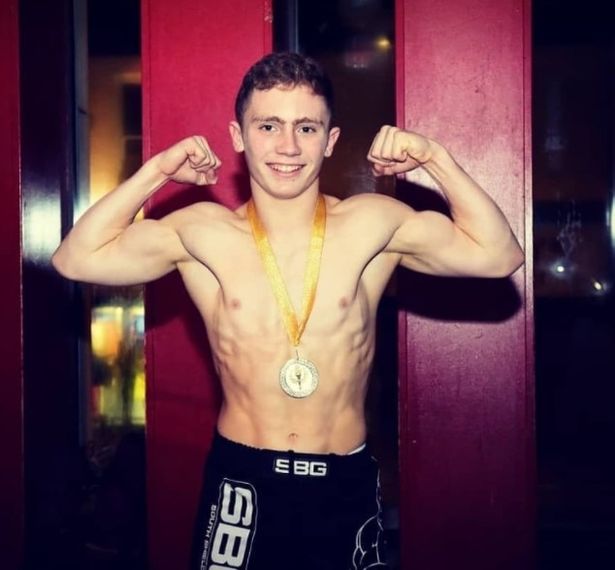 The attacker said, "I'm going to crush your head in... I'm going to stab you down the alley."

When he kept trying to pick a fight in addition to saying that, the Brazilian Jiu-Jitsu junior world champion went into defense mode.

He subdued the man using his signature double leg takedown and pinned him to the ground without hitting him.

"As he got closer to me, I saw an opportunity to defend myself and fight back, so I took it. When the fight or flight kicks in, you've got to choose one or the other, and I choose to fight back, and I was focused."

He further voiced why he took the step he did:

"Obviously, I was worried in case he had a knife on him because he has threatened to stab me, but in situations like that, it's about surviving, and I was thankfully ready for him."

After subduing the attacker the first time, Williams gets off him only to be subjected to another attempted attack by the same man, as shown in the 30-second clip. 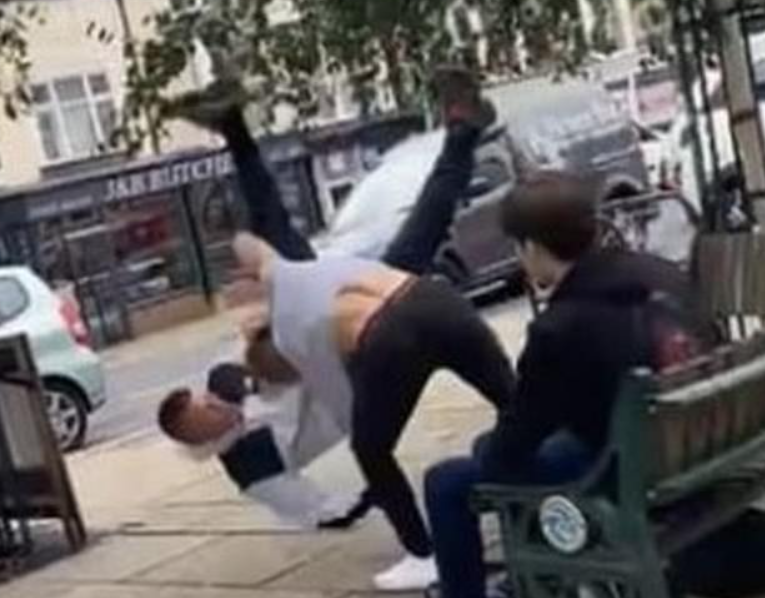 "I thought after I had taken him down the first time that he would have walked away, but he came back for, more so I just continued to try to restrain him without hitting him."

Speaking about how he could subdue the man straight from his seat, he said:

"I was in a seated position, and the move just came to me naturally because I've drilled it a thousand times in training. My main aim was to de-escalate the situation safely."

After the scuffle, Williams noticed that he was bleeding. He said:

"There was blood everywhere, and I realized he had bitten a chunk out of my ear. I went to the hospital to get it cleaned, and I've got six stitches in it now."

Williams dialed the Cleveland Police once the man moved away.

Sharing his experience, he hopes it inspires others to try combat sports to defend themselves if a situation requires it.

The far-reaching effects of the video have baffled him. He said:

"I just saw the situation as a bit of a scuffle, but now, about 1,3m people have watched the video, I can't believe it. It's surreal, really - But I am glad it's raised awareness for other young people like me to hopefully inspire them to get into a combat sport or something where they can learn to defend themselves safely."

The video was uploaded by Alex Enlund, a professional fighter and instructor.

Get your kid into Martial Arts & Combat Sports it’s unlikely they will become the bully due to the humility learned on mats pic.twitter.com/ydKtX6a8L8

Well, Alex Williams is proof of such humility and restraint.