The French Senate passes a measure that bans anyone under the age of 18 from wearing a hijab in public.

The voting took place on March 30. It also bans women from wearing a hijab if they are accompanying a school excursion. Additionally, it doesn't allow wearing burkinis in public pools. 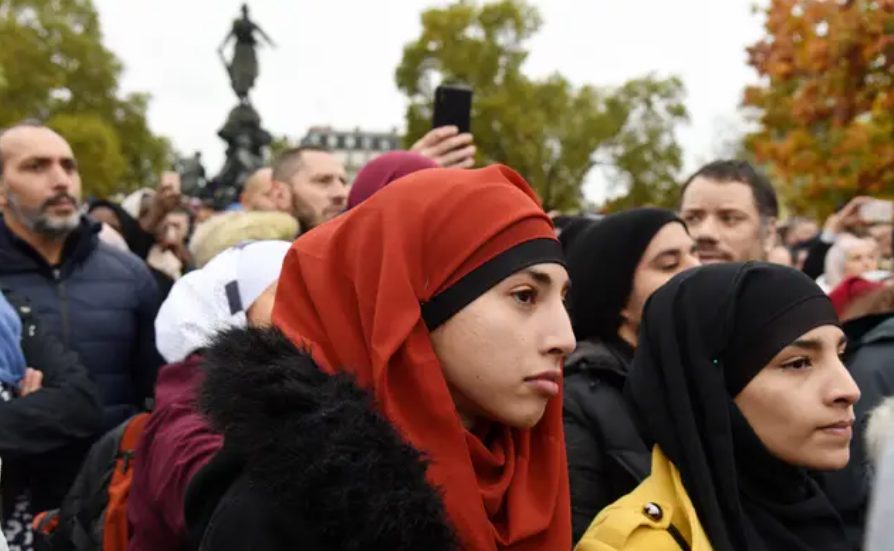 french senate votes to ban hijab for muslims under 18
Advertisement

The French Senate's decision comes less than a month after voters in Switzerland supported a ban on the burqa and niqab. The bill passed by gaining 51 percent of all votes.

These French laws are part of the proposed "Separatism Bill," but they are not yet in effect. First, they need to be confirmed by the National Assembly.

The senators who voted for the bill stated it would prohibit "conspicuous religious signs by minors and any dress or clothing that would signify an interiorization of women over men" being worn in public spaces.

Right-wing senator, Bruno Retailleau said that burkas are sexist. He explained his views:

"Each time we have proposed to toughen this text, especially vis-à-vis the veil and ostentatious signs, the government has backed down."

"Stop telling us that the veil is only a piece of cloth while it characterizes the claim of the Islamist ideologists to impose on us a counter-society, separate from the national community… The situation is extremely serious."

However, Amnesty International Europe strongly disagrees with his point of view.

Attack On Human Rights And Freedoms

Amnesty International Europe stated that this ban is an attack on people's rights and freedoms.

Marco Perolini from the organization claims in a statement:

"Time and again we have seen the French authorities use the vague and ill-defined concept of 'radicalization' or 'radical Islam' to justify the imposition of measures without valid grounds, which risks leading to discrimination in its application against Muslims and other minority groups."

Yet, France and Switzerland aren't the only countries wanting to ban burkas. Sri Lanka is looking to ban the burqa after proclaiming it "a sign of religious extremism."

The Idea Is Not New

Current president Emmanuel Macron doesn't want to ban hijabs or burkas altogether, though he supports this bill since his party voted in its favor.

The law does not specifically mention the word Islam. The French Muslims have protested against it, saying several of its measures single them out.

What do you think? Is the ban a step forward or backwards?