Rap legend Snoop Dog was caught on video smoking a joint before his performance at the Super Bowl LVI half-time show.

The 50-year old rap star apparently decided to take the edge off before going up on stage. The footage shows him smoking what looks like a spliff.

Snoop then took to the stage with some of his fellow stars to deliver a legendary performance during the intermission. The other superstars appearing on stage included Eminem, Dr. Dre, and Kendrick Lamar.

At the sports event, Cincinnati Bengals went up against the LA Rams. The place was the SoFi Stadium, California.

The broadcaster Rafa El Alcalde first shared the video on Twitter. He wrote:

"Warming up before going on stage for the Halftime Show."

It is worth mentioning that marijuana is legal in California, both for medicinal and recreational use.

Snoop's fans were quick to share the footage and react to it. The short video has been shared more than 148 000 times, and the comments quickly piled up. Many fans think his act is "classical Snoop."

"Snoop has a free pass to smoke weed anywhere in the world. Literally anywhere." 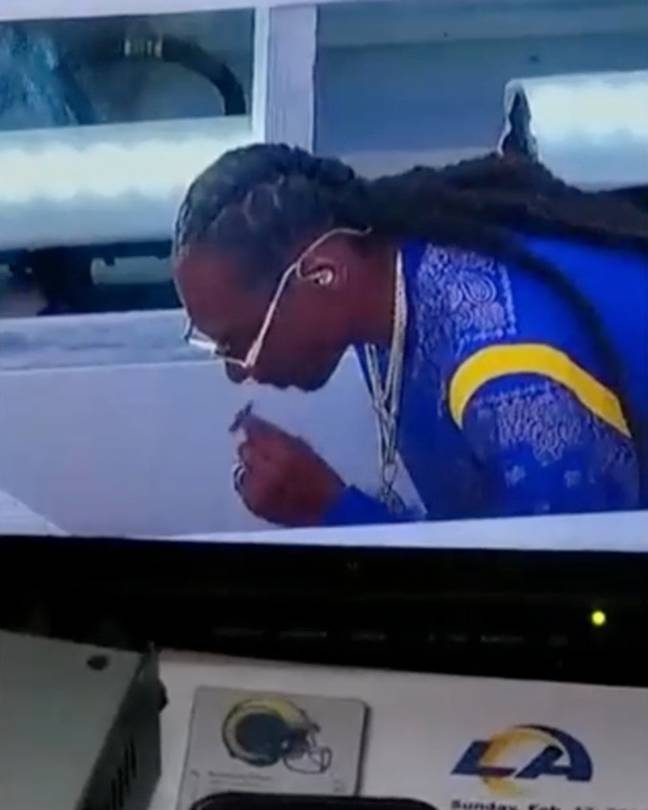 "Snoop was like let hit this blunt real quick."

A third praised him:

Another fan recognized himself in action:

"Exactly the same way I warm up for work, fair play."

Fortunately, the quick smoke did not affect Snoop's performance negatively. Fans called the show iconic, and one of the best half-time shows ever.

Snoop and Dre opened with a rendition of The Next Episode, followed by Family Affair with Mary J. Blige and California Love, a tribute to Tupac by Dre.

50 Cent also made a surprise appearance by dropping in from the ceiling and performing In Da Club.

Next on stage was Lamar with Alright and Eminem with legendary Lose Yourself. 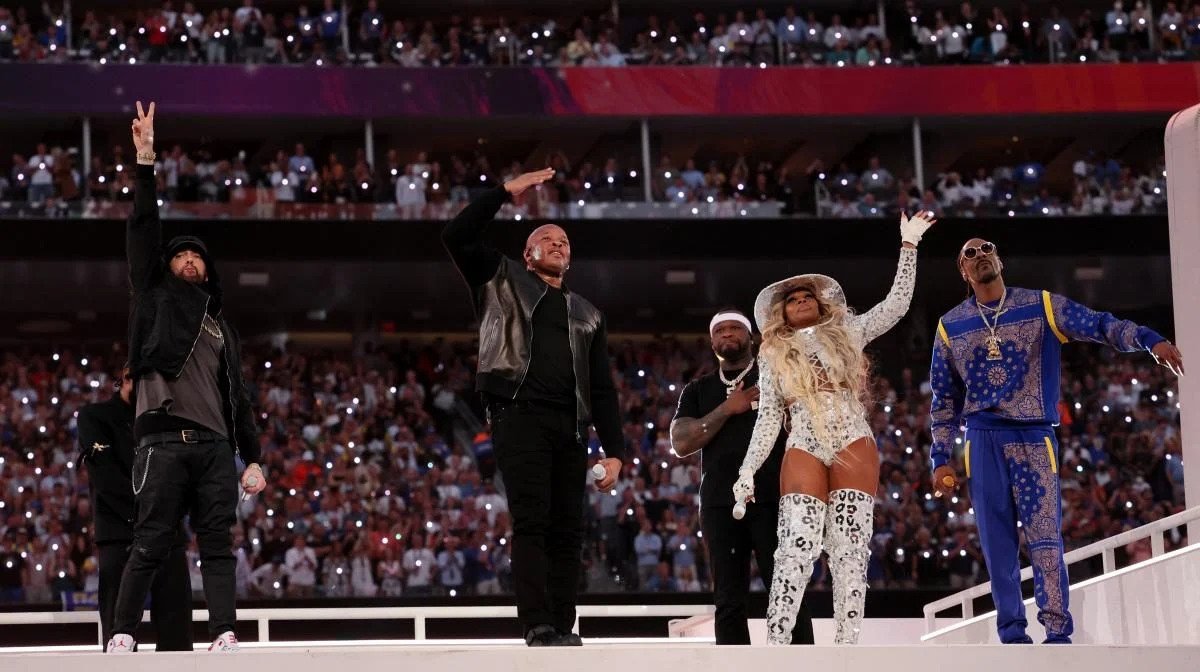 The crowd went wild, and many were overwhelmed by the fantastic show. Fans tweeted:

"Best halftime show ever, it's over."

"THIS IS THE BEST HALFTIME SHOW EVER HOLY S***"

Snoop Dogg, Dr. Dree, and Kendrick are natives of Southern California, so the show was extra special for them and their fans. They all got to perform in their hometown during such a big event.

The game ended with a win for the Rams with 23-20 against Cincinnati Bengals.