Florida man left his sleeping wife to visit a prostitute while on his honeymoon and was later detained.

Paul Turovsky,34, sneaked out of his marital bed in a Tampa hotel to meet a prostitute he had met online.

The Hillsborough County Sheriff's Office (HCSO) verified that Turovsky responded to an ad and agreed to meet the undercover police officer to pay for sex. When he arrived at the Hyatt Hotel, police handcuffed him and charged him with urging another person to engage in prostitution.

Turovsky is a Fort Myers-based independent business manager, according to the arrest report.

"The only concern here was, as a wedding guest, was whether it was late to have the gifts they have given back to them," Hillsborough County Sheriff Chad Chronister stated about Turovksy's arrest.

It is unknown if Turovsky is still married. 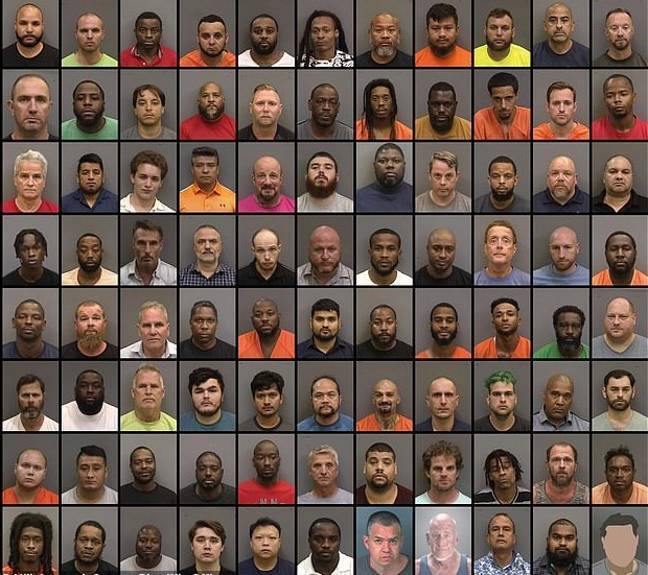 The HCSO organized the operation to combat human trafficking and other crimes.

Along with Turovsky, 176 other guys were detained during the sting operation.

360 arrests have reportedly been made in the last three months, according to the HCSO.

Similar ads were posted online to entice suspects, who spoke with undercover police agents before setting up a meeting.

"When you see the conversation these folks wanted to engage in with these young boys or girls, it's horrible," said Chronister.

Officers rescued two missing Massachusetts adolescents who were allegedly trafficked by two of the detained suspects.

One adolescent was spotted sleeping in a car outside a grocery shop with a male. Two men and the second teen were found at a hotel.

"We think these two people, these two men, are responsible for trafficking many more women," Chronister added. "I can't reveal any more information without endangering the investigation."

Following the arrests, the teenagers were placed in protective care before returning to their families.

"When the opportunity to meet came, some did not accept the bait, while others hopped in their cars and drove in the hopes of meeting with a minor," the sheriff's office continued. "Thankfully, they came face to face with our deputies and were promptly taken into custody."

Since the squad's operations began last year, eight victims of human trafficking have been saved.

Chronister promised that the agency would keep looking for offenders who engage in human trafficking and prostitution solicitation.

"We feel that if we dry up the demand, there won't be human trafficking because there won't be anyone who can benefit off a young child, a little girl or boy, or any adult," he added.