Florence Pugh has been the focus of many internet trolls after she wore a sheer see-through dress during an event. She has a question for them:

"Why are you so scared of breasts?"

She wore the pink Valentino gown during a show in Rome, and a lot of people have commented about her fashion choice.

The Black Widow star revealed that she was expecting the reaction after wearing the bold outfit, which left her chest open. Nevertheless, she was surprised by the "vulgar" reaction to her "two cute little nipples."

She was excited to wear the dress and was not nervous about wearing it before, during, or after the event. Paugh made these statements in an Instagram post.

Paugh complained that it was interesting to see how easy it is for men "to totally destroy a woman's body, publicly, proudly, for everyone to see." She also pointed out that many of her critics had their "job titles and work emails" on their accounts.

Paugh noted that this was not the first nor the last time a woman would hear what was wrong with her body from a bunch of strangers. What she found worrisome were some of the vulgar comments the men made.

She had revealed the gown on Instagram with a caption saying, "Technically, they're covered." The dress was still able to meet the platform's highly restrictive and often unfair policy on publishing nudity.

Some people claimed to be disappointed by her "tiny tits." Others suggested that she should be ashamed of being so "flat-chested."

Despite the negative comments, Paugh is still as confident in her body as ever.

She responded to the trolls by saying:

"I've lived in my body for a long time. I'm fully aware of my breast size and am not scared of it. What's more concerning is... Why are you so scared of breasts? Small? Large? Left? Right? Only one? Maybe none? What. Is. So. Terrifying."

The way she was raised has helped her counter the toxic beauty standards in Hollywood. She knows that there is a perception that her body should "morph into an opinion of what's hot or sexually attractive."

Paugh said that she had worn the dress because she knew it was the trolls who had no idea times had changed before sharing the hashtag #fuckingfreethefuckingnipple. 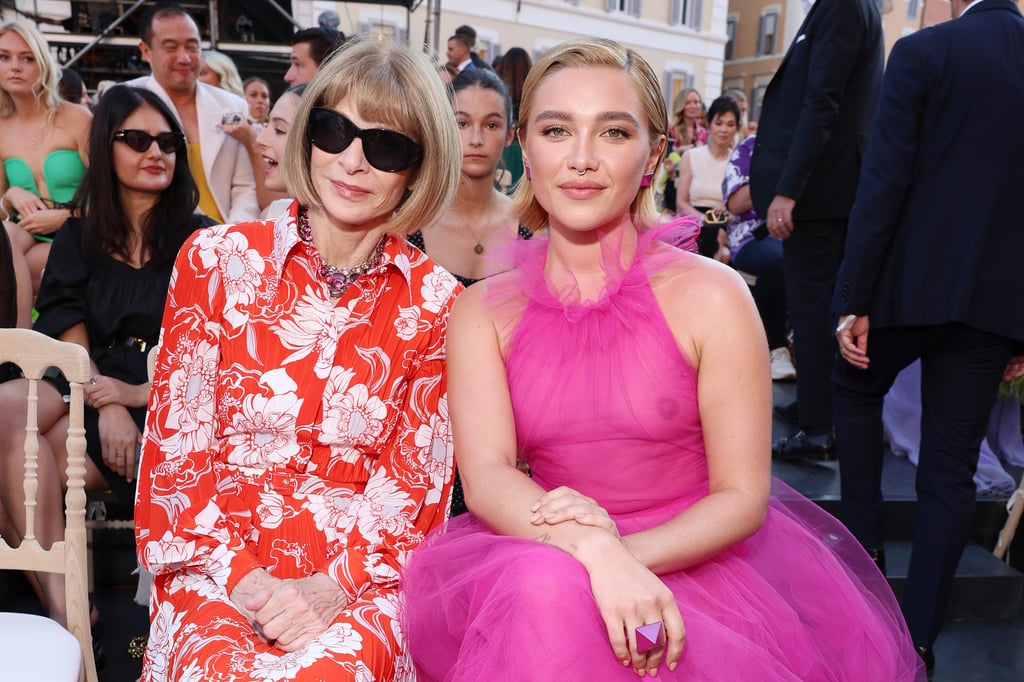 "Grow up. Respect people. Respect bodies. Respect all women. Respect humans. Life will get a whole lot easier, I promise."

In the past, Pugh has spoken about America's conservative attitudes towards nudity compared to England, her native home. She found it strange that people were "quite scared of bums and nipples."

Growing up, she watched lots of European films, thanks to her cool parents. This meant that nudity was never a problem for her "as long as it's done beautifully."