Scary bathroom experiences range from lights suddenly going off to hearing strange noises when taking your bath and you are the only one in the house. It also includes the panic that comes from having soap lather all over your face and rushing to open your eyes because there could be something supernatural lurking around.

People have had terrifying experiences with creatures crawling up on them from their toilet seats to attack their behinds. These have ranged from cockroaches to spiders and even snakes. You still need to be alert even if you haven't had such an experience.

Here are five animals that can crawl through your pipes into your bathroom. While many of these incidents are uncommon, they are not unheard of. 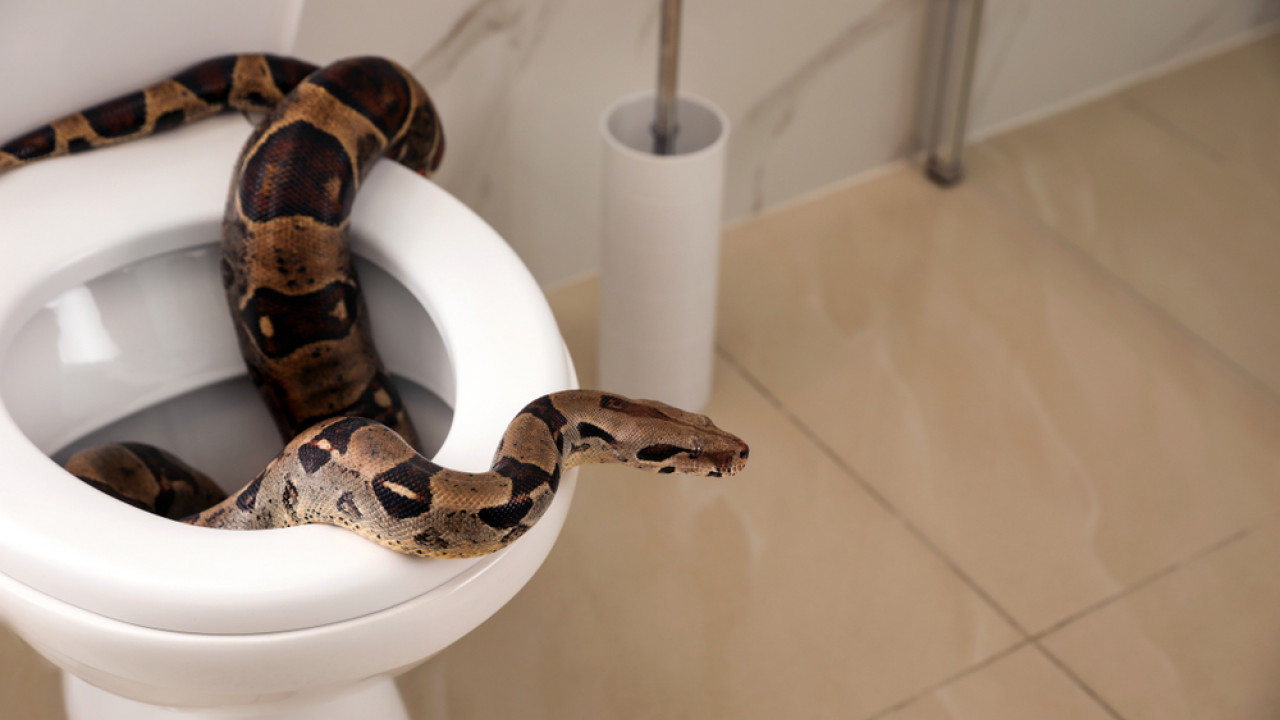 If you have ever asked, "Can snakes come up a toilet pipe?" the answer is "likely." An actual incident happened in 2010 when a three-foot-long corn snake found its way up to a toilet on the 19th floor of a building in New York City.

According to Herpetologist Jack Conrad, what happened was "within the realm of possibility" because snakes are good swimmers who can hold their breath and squeeze themselves into small spaces. Hence, slithering their way up narrow pipes is possible.

But this is one rare case. If snakes have to travel through the sewers, they will face a lack of oxygen and food. Thus, surviving will be difficult. They will likely die from exhaustion before getting to your toilet seat.

It, though, does not cancel the possibility. The video below proves that. 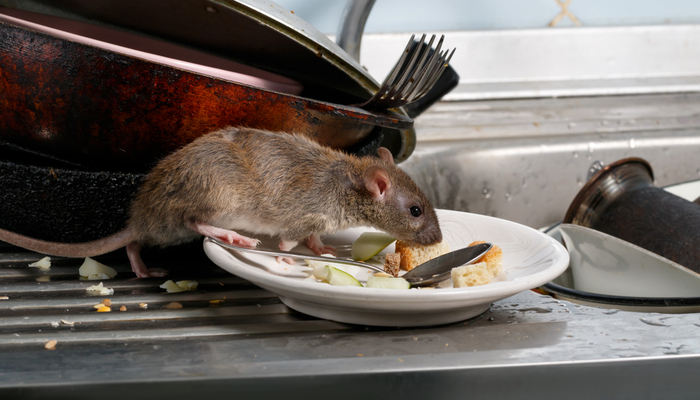 Rats are tough, and they make a home in many sewers. They are known to survive difficult situations and can swim for long periods.

Constantly searching for food, they are often attracted to the smell of leftover food from the kitchen sink. They also stay in the pipes to shield themselves from the cold.

In some areas in Africa, it is a widespread phenomenon. Especially if toilets are outside the house and pipes are on the ground surface and with broken parts, it is easy for rats to crawl in.

The owner of Brooklyn Pest Control, Eddie Marco, said: "It happens all the time, especially if you live in the basement or a first-floor apartment. The pipe is empty; the rat crawls through the pipe and up over the hump and into the porcelain. And he can't get back out." 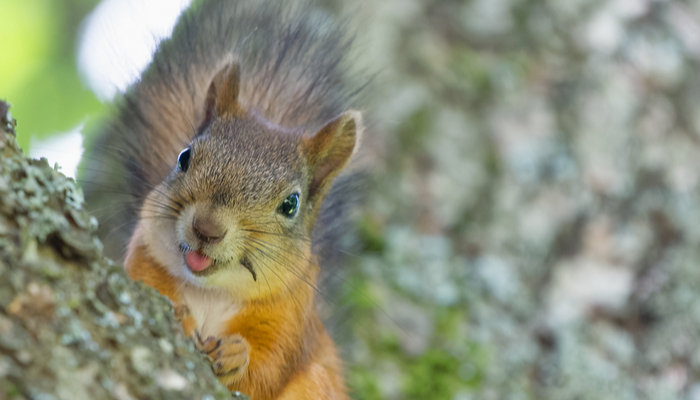 They often won't return the way they came because it's dark. In 2010, one woman in Edmond, Oklahoma, found a squirrel splashing in her toilet bowl. She called for help, and it took two people to capture and return it to a local park. 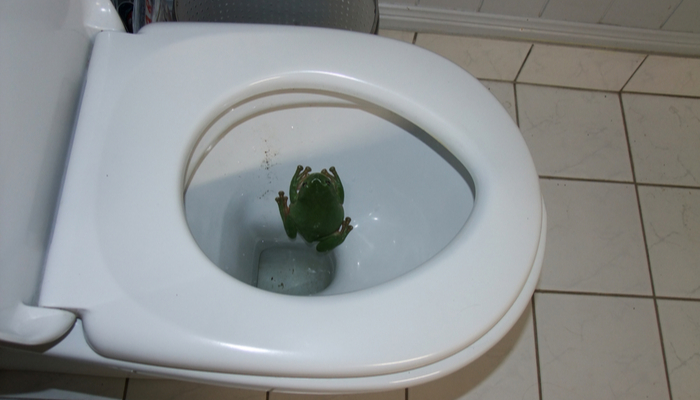 While frogs are not as scary as rats and snakes, they are not exactly a pleasant sight to behold. No one wants a toad hopping and touching their naked behind.

"How does a frog get in the toilet?" you might ask. Frogs are amphibious; they can live on land and in water. But they don't stray far from water. So, if you find one in your toilet, it likely entered your pipes through a gap or crack.

One Florida resident experienced this more than once. In an advice column, he wrote: "We had one several years ago and then again just Sunday."

You can put a mesh screen over your toilet vent to keep frogs out if you have experienced this. 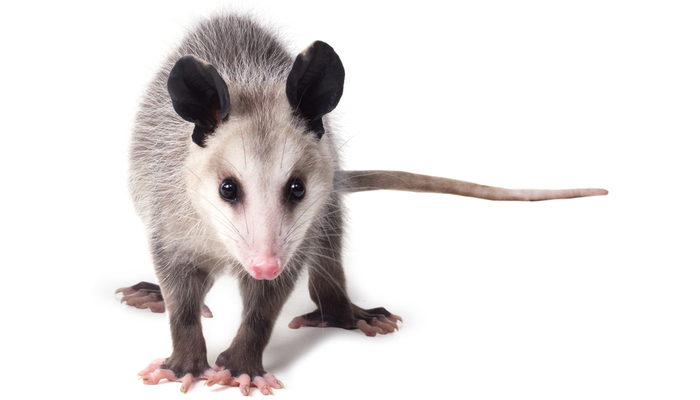 In 2008, a man in Brisbane heard gurgling in his toilet. On opening it, he found a baby possum. In 2016, some San Diego residents experienced the same thing. One writer in West Virginia also found a dead possum in her toilet.

While it seems highly unlikely, the above are actual life experiences.

How To Stop These Animals From Making Bathroom Appearances

Keep your toilets clean. This is the easiest way to keep out unwanted creatures constantly searching for food and shelter.

If you ever find a reptile in your toilet seat, keep the lid closed and place a heavy object on it, so it doesn't slither into your home. Then call animal control.

You can also install a rat guard that allows wastewater to leave but won't allow rats in. Also, fix any broken pipes.

Many stories about creatures appearing in toilet seats are for entertainment. Note that while some are real, they are rare occurrences. So you don't have to be scared whenever you walk into your bathroom.