If you are trying to progress through Main Scenario Quests in Final Fantasy XIV: Shadowbringers, then surviving the Fuath is a must. Before then, you cannot take your fight to Titania.

The Dohn Mheg dungeon is unlike many dungeons in Shadowbringers. This unfamiliarity often proves to be more than most players can handle.

So, learning a little about the nature of this dungeon can go a long way in helping you progress through the game.

As you probably know, you end up in the Dohn Mheg dungeon, the second dungeon in Shadowbringers, after completing "The Key to the Castle" quest, which is found in the 73rd level of the game.

After unlocking this level, you will also get the means to handle it, and that's either the Duty Finder or the Trust system.

There is every reason to want to overcome the Dohn Mheg dungeon in FFXIV. There's the obvious benefit of knowing that you have made it to the next level of the game.

On top of that, players can get great rewards for completing the dungeon challenge. These include Voeburtite Armor and Fae Weapons.

The Endwalker expansion also made it possible to get weapons for two fresh categories, Reaper and Sage.

At the end of the challenge, players have an opportunity to drop the Tiny Echevore minion or the Dohn Trellis, which you can use to decorate the outside of your FFXIV house.

Many players understand that mobs can be the greatest challenge in many FFXIV dungeons. Naturally, you will not be spared this hurdle in the Dohn Mheg dungeon.

If anything, things are a little trickier in this dungeon due to Dohnfast Fuath, which supports mobs that can buff your allies and elevate their damage output, tether them using Water Wheel capability, and also buff them after they are done finishing the cast.

The situation is made worse because the Dohnfast Fuath cannot be attacked using stun conditions. So, your only option is making the Tank use Interject.

You can also employ ranged, physical DPS using Head Graze as the Fuath is casting the spell. So, FFXIV Tanks can come in handy by aiding their Healers as they can make sure that Water Wheel does not complete.

The good thing is that other than the Dohnfast Fuath, getting through the Dohn Mheg dungeon is pretty easy. Like in other dungeons, you should use your big cooldowns on the mob pulls rather than struggling to save them for the boss fights. 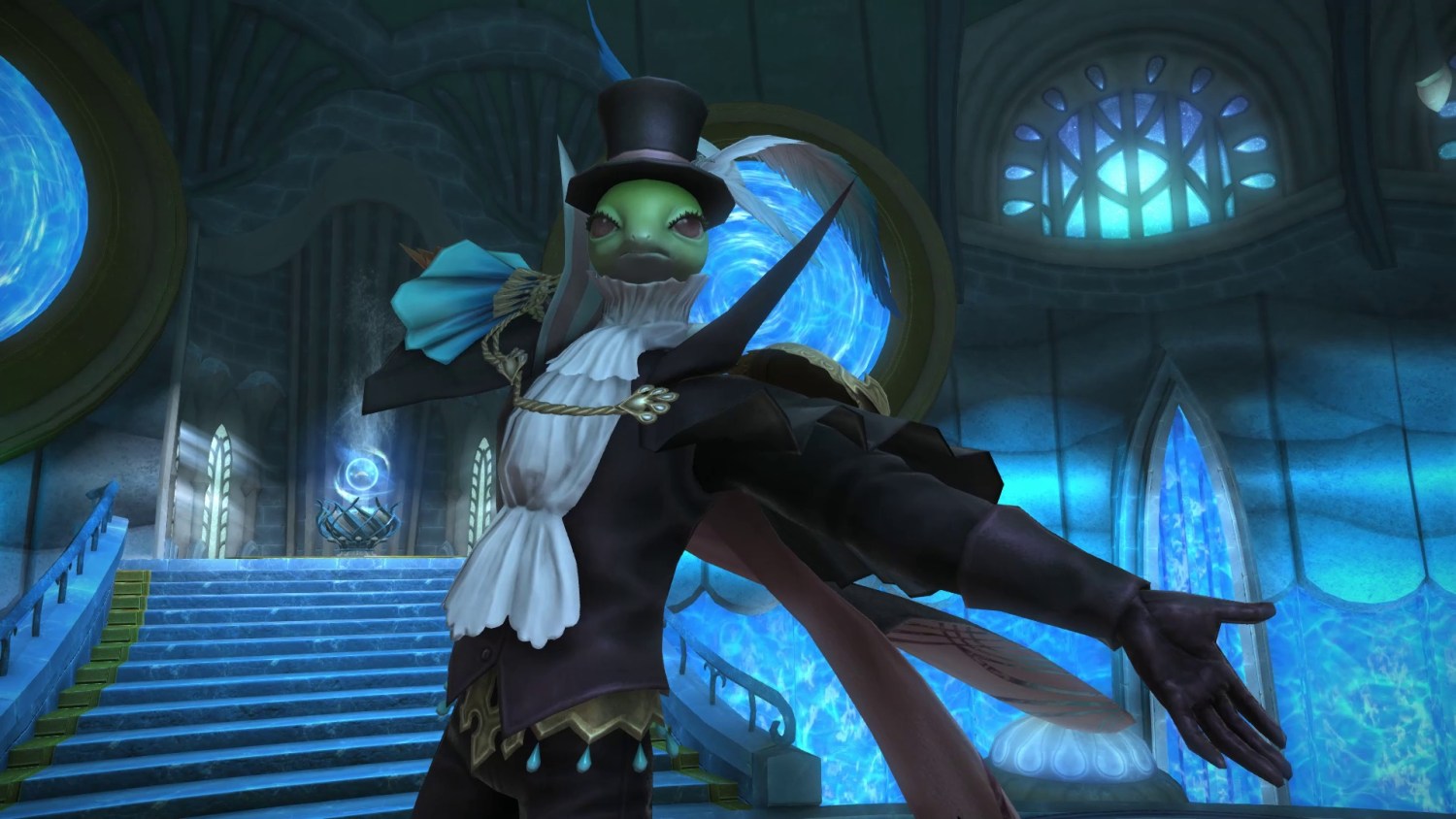 The first boss in Dhon Mheg is Aenc Thon, the Lord of the Lingering Gaze. The boss has Candy Cane as his tankbuster, and his worst attacks will have the highest Enmity. Another weapon at his disposal is Hydrofall, which puts an AoE under two random players.

The other attack Aenc Thon uses is jumping in the middle of the arena with the Laughing Leap immediately followed by Landsblood.

Aenc also places several whirlpools on the ground, making it grow and blow up to cause severe damage and throw any affected player into the air. You should make sure you avoid this attack as it is not easy to heal, and casting heals will be significantly harder after the attack.

Luckily, you can handle this attack by making sure you jump to the center of the whirlpool as soon as it blows up. The middle of the previous explosion is always spared, which makes it a safe spot for you as a player.

After Aenc, you will meet the second boss of the dungeon, Griaule. He is easier to defeat, but that takes an important trick.

Since he uses a large cone attack, the Tank faces the boss away from the rest of his group. Griaule also casts Tiimbeeer during the fight, which is a mild group attack.

He also uses Coiling Ivy to root the player by putting vines under them. These have to be destroyed.

You should be really worried about his use of Fodder, which will link five tethers from outside to Griaule. Any entity tethered will be buffed once the Fodder has been cast. You should make sure you are between the tethers and the boss, making Griaule miss most of his intended buffs.

The third boss in the dungeon will be the first boss encountered, Aenc. Unless you can beat him a second time, there is no chance of you progressing with your quest to beat Titania.

During the second encounter, Aenc is now Lord of the Lengthsome Gait.

This time, he will come with an Imp Choir and the Toad Choir. During the Imp Choir, you have to face your character away from the boss or turn into an imp. When the Toad Choir is in action, players in the cone just before the boss will turn into toads.

After making these casts, Aenc jumps to one side of the room and knocks players to the other side of the room. Meanwhile, a huge pit will rip the room into two, which means you will have to cross a narrow and winding path to get to the boss.

You should destroy Liar's Lyre before Finale is completely cast. If you succeed, the boss will turn into the Shade of Fear. Shade of Fear uses Corrosive Bile, which is a wide AoE attack. You just have to be careful to be outside the range of this attack.

After that, the boss makes use of Flailing Tentacles.

In the end, the boss will turn back into his Fuath form and repeat the attacks he used in the first phase. Otherwise, once you complete this fight, you will be that much closer to finishing the story that leads to Final Fantasy XIV: Endwalker.