The photos are part of Ghislaine Maxwell's trial. But, before we get to the latest, let's dig into what led to Ghislaine's arrest and how Epstein was not even hiding his disturbing behavior. 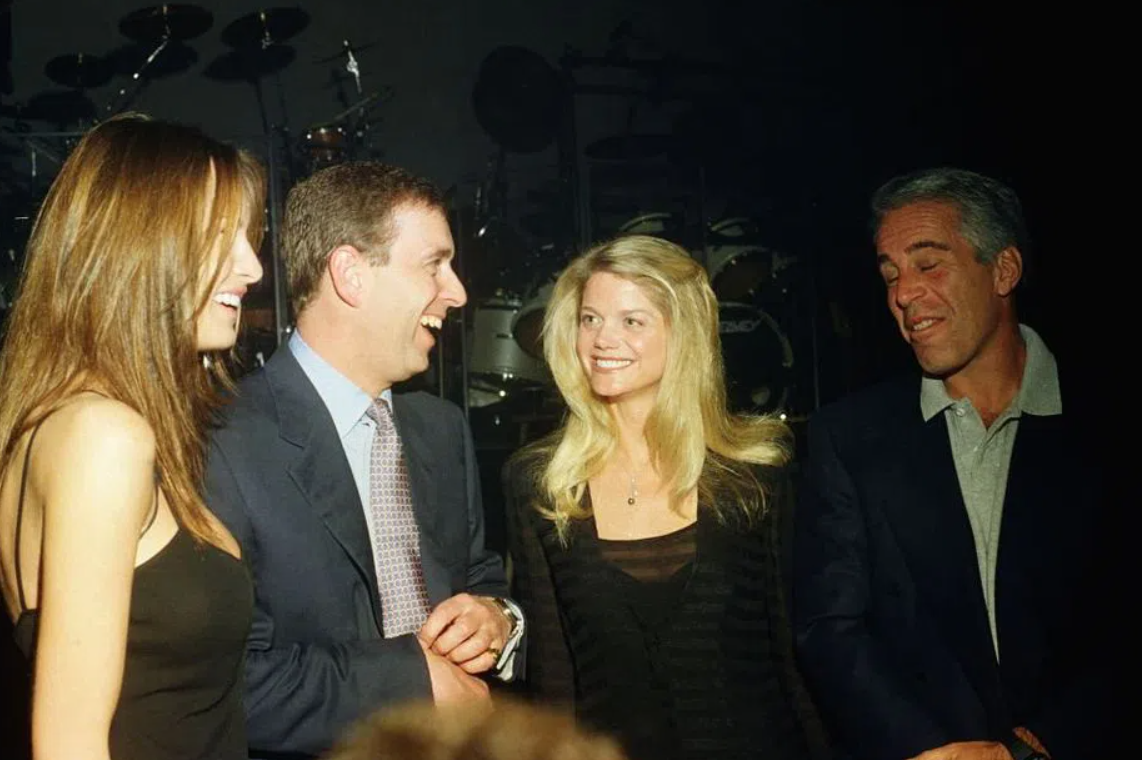 In 2005, he was first convicted for a range of crimes. The mysterious millionaire, who made his name working with investment bank Bear Stearns only to open his investment firm, got the so-called sweetheart deal in Florida.

In 2008, he was convicted of running an underage p*********** ring connected to numerous influential people from the US and the rest of the world. 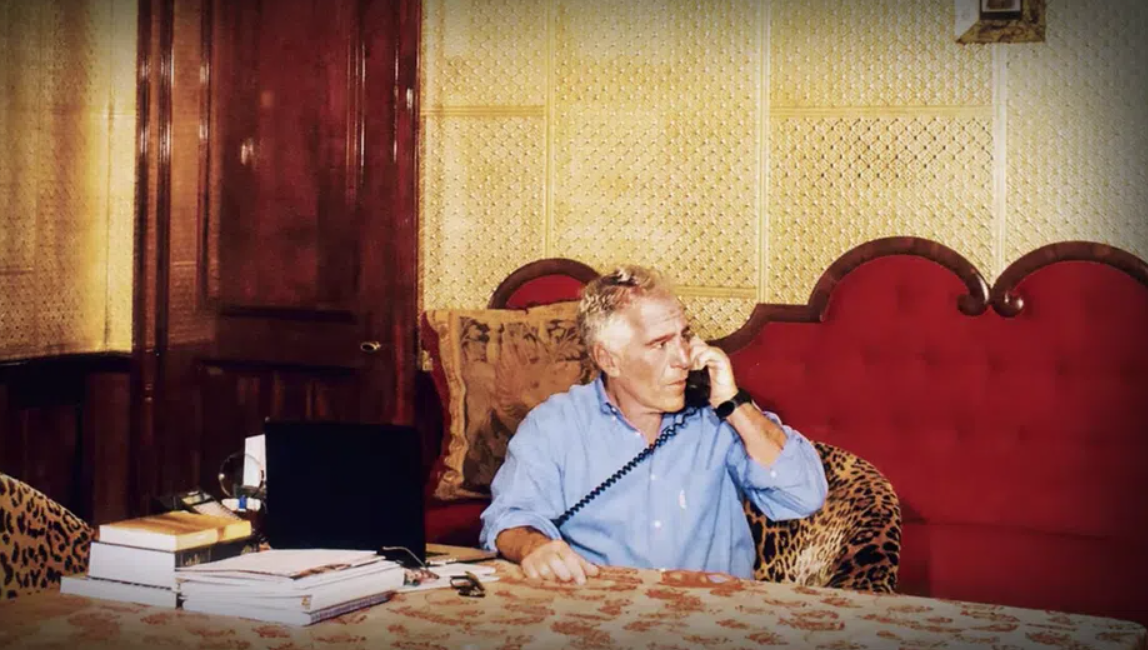 He served 13 months for this crime.

Things got another turn when he was arrested on July 6th, 2019. He was charged with trafficking minors in the states of Florida and New York and was denied bail. Epstein was kept in New York prison. 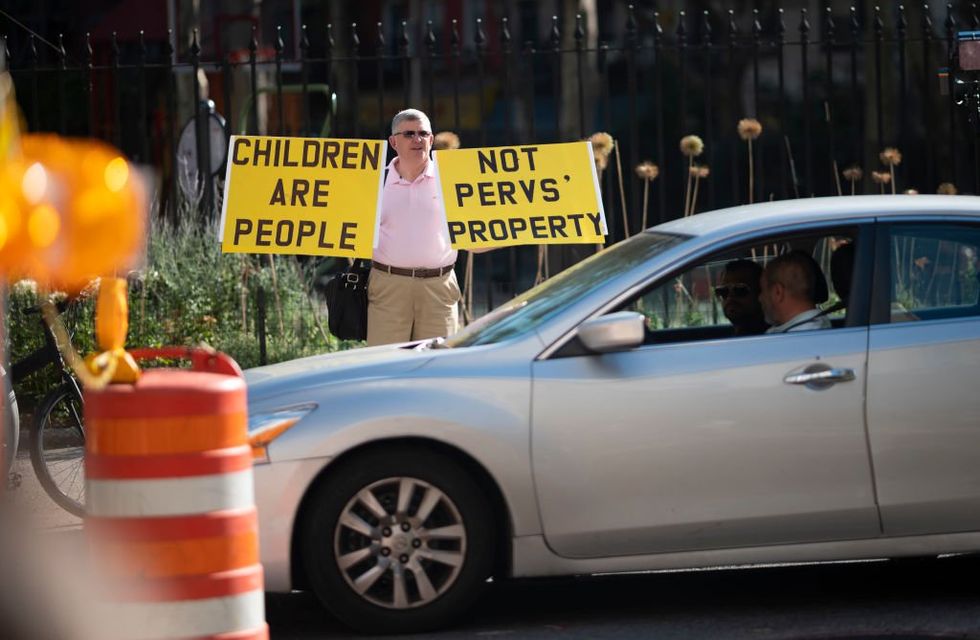 For someone who managed to escape serious jail time most of his life, Epstein seemed untouchable. But the 2019 arrest appeared different.

The victims were finally going to get some peace, or at least it seemed that way. 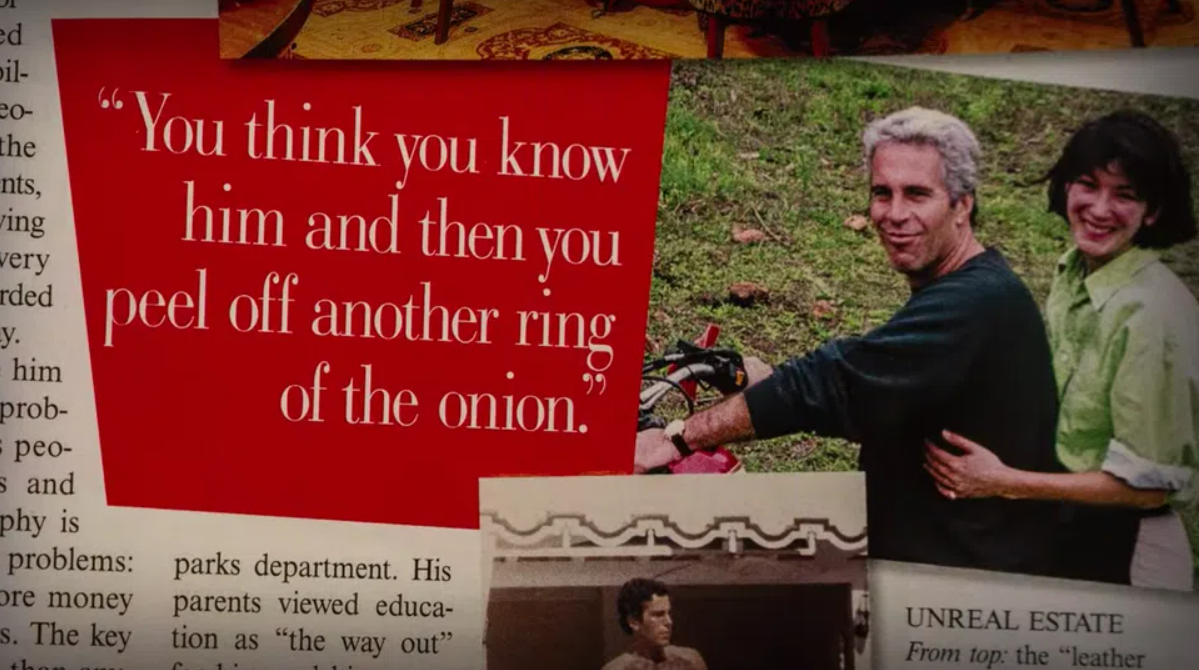 It was not just his victims who were hoping for some sense of justice. Being connected to numerous high-profile people meant that this morbid circle would finally be broken.

It was supposed to be a trial of the century, but Epstein's secrets went away with him.

The convinced millionaire was found in the Manhattan prison cell, apparently due to hanging. Though many theories started to circulate, the official cause of death was suicide.

His connections to the world's elite only further pushed various theories.

I mean, is there anyone out there who genuinely believes Epstein did commit suicide?

Despite his death, the investigation was supposed to continue. But it went silent for months.

When Netflix released Jeffrey Epstein: Filthy Rich near the end of 2019, the case was once again in the spotlight. 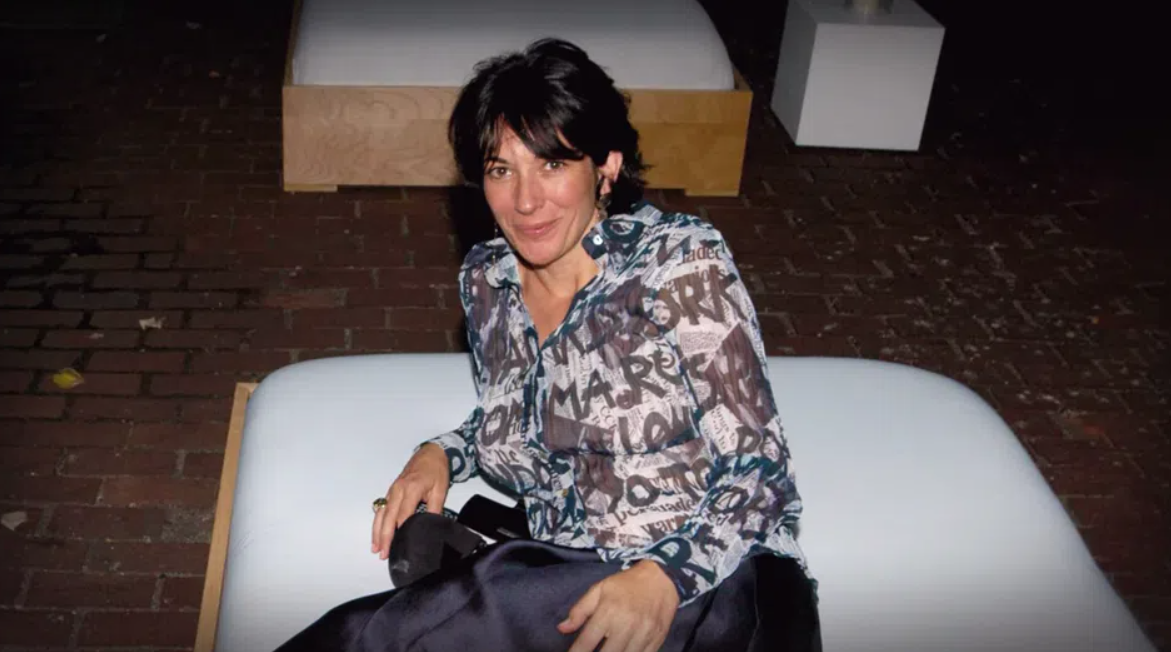 Just hearing the victims was a wake-up call for many, who did not know just how far his crimes went or how Epstein operated. Most started with them giving "massages" to the predator, and things unraveled in the cruelest ways from there.

Victims' stories were different but similar. They all included one name: Ghislaine Maxwell.

Who Is Ghislaine Maxwell? 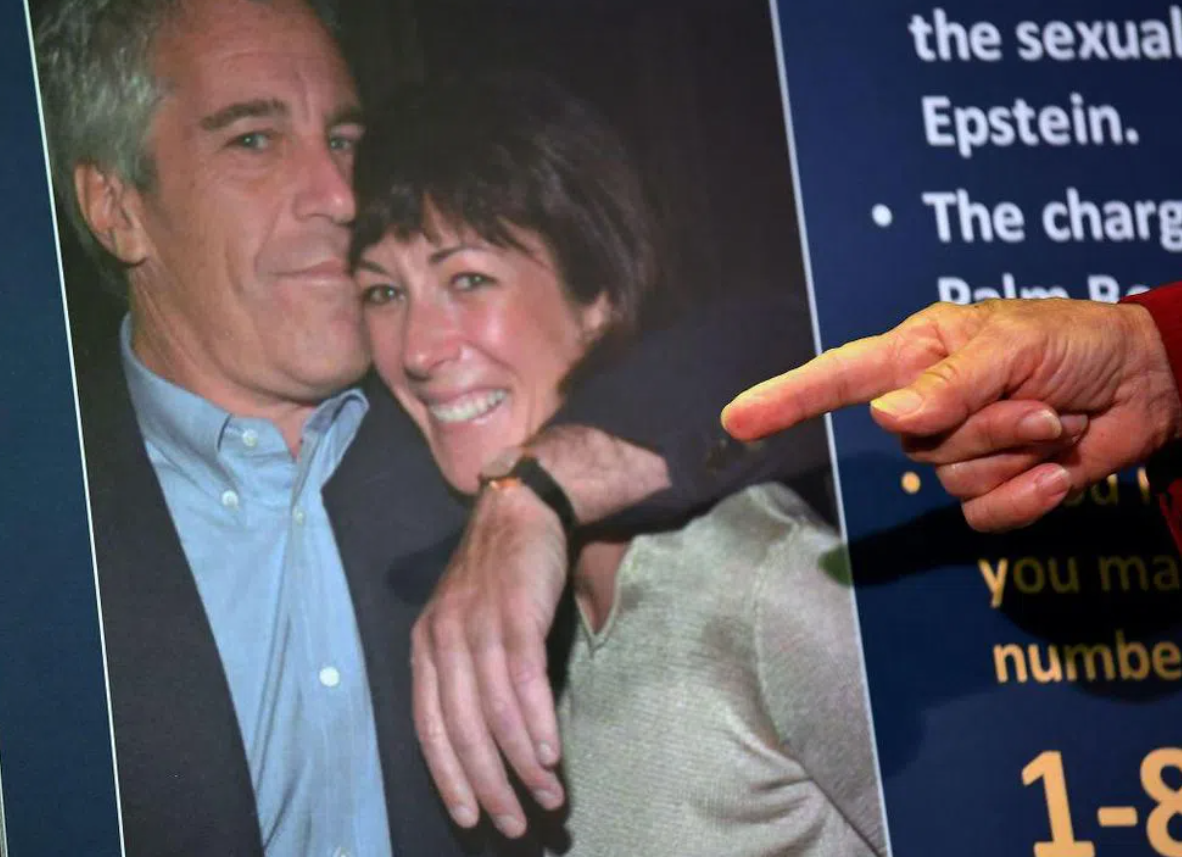 In the 90s, Epstein and Maxwell were an alleged couple.

Almost every victim stated that Ghislaine acted as Epstein's right hand, so the hunt for her was on.

She managed to hide, but in July 2020, she was finally arrested. Previously, she wasn't publically questioned about her involvement, though many had their suspicions.

This is the first image of Ghislaine Maxwell in jail. Her lawyers included a photo of Maxwell, with an apparent black eye, in a court filing alerting the court to their ongoing concerns about Maxwell's treatment in custody. ⁦@JamesHillABC⁩
⁦@KaitlynFolmer⁩ pic.twitter.com/8tRT77EIYm

The FBI arrested Maxwell in New Hampshire, and as she was labeled a flight risk, she was transferred to New York for a detention center.

Maxwell was charged with the enticement of minors and the trafficking of underage girls. She was also charged for allegedly lying during the 2016 deposition.

The socialite is claiming her innocent, but she could get 35 years in jail if found guilty.

Maxwell's Having A Hard Time In Prison 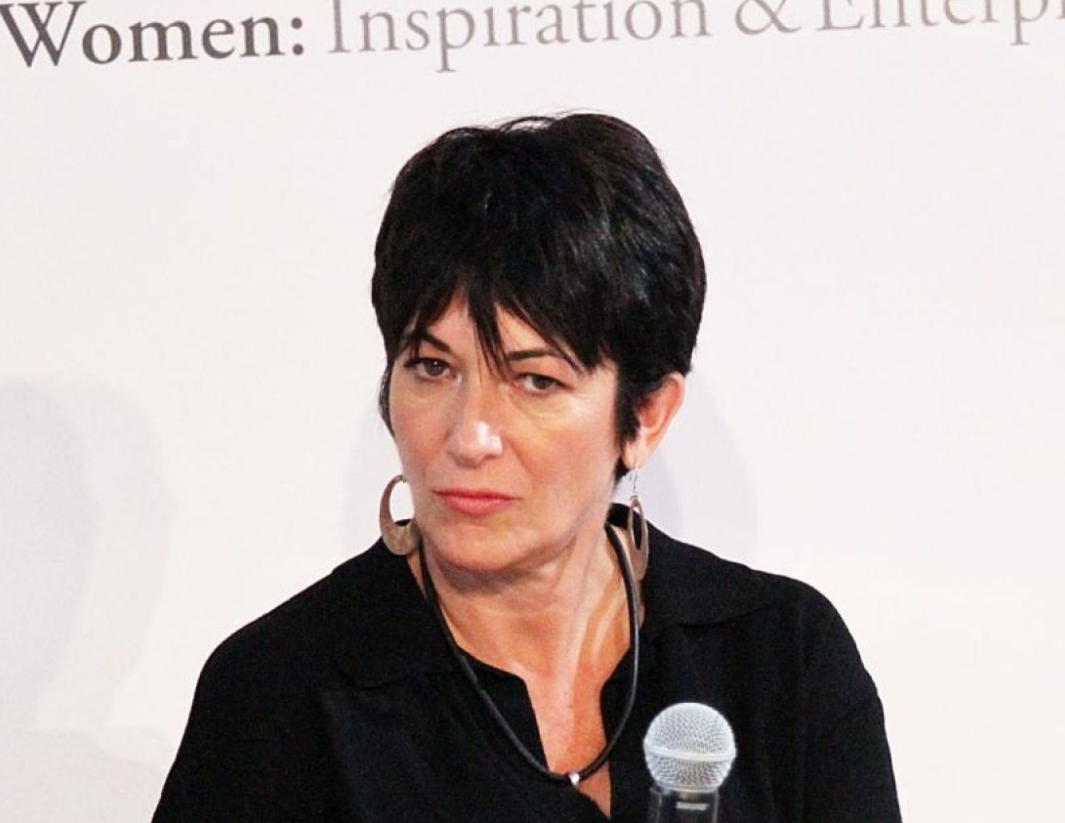 A daughter of a disgraced media mogul is being treated worse than a terrorist, according to her lawyer Bobbi Sternheim.

The lawyer added that Ghislaine is in solitary confinement and is "excessively and invasively" monitored twenty-four hours a day.

Cameras follow her every move, most likely to avoid Epstein's ending.

Usually when there is a crowd in front of the New York courts, Law & Order is being filmed. Today, it’s the opening of the Ghislaine Maxwell trial pic.twitter.com/Rxz1jvoRys

Though the lawyer wanted others to sympathize with her prison experience, it fell flat. According to the court documents, he even asked for bail to be reconsidered, citing that her jail is "inappropriate."

"The surveillance rivals scenes of Dr. Hannibal Lecter's incarceration despite the absence of the cage and plastic face guard." 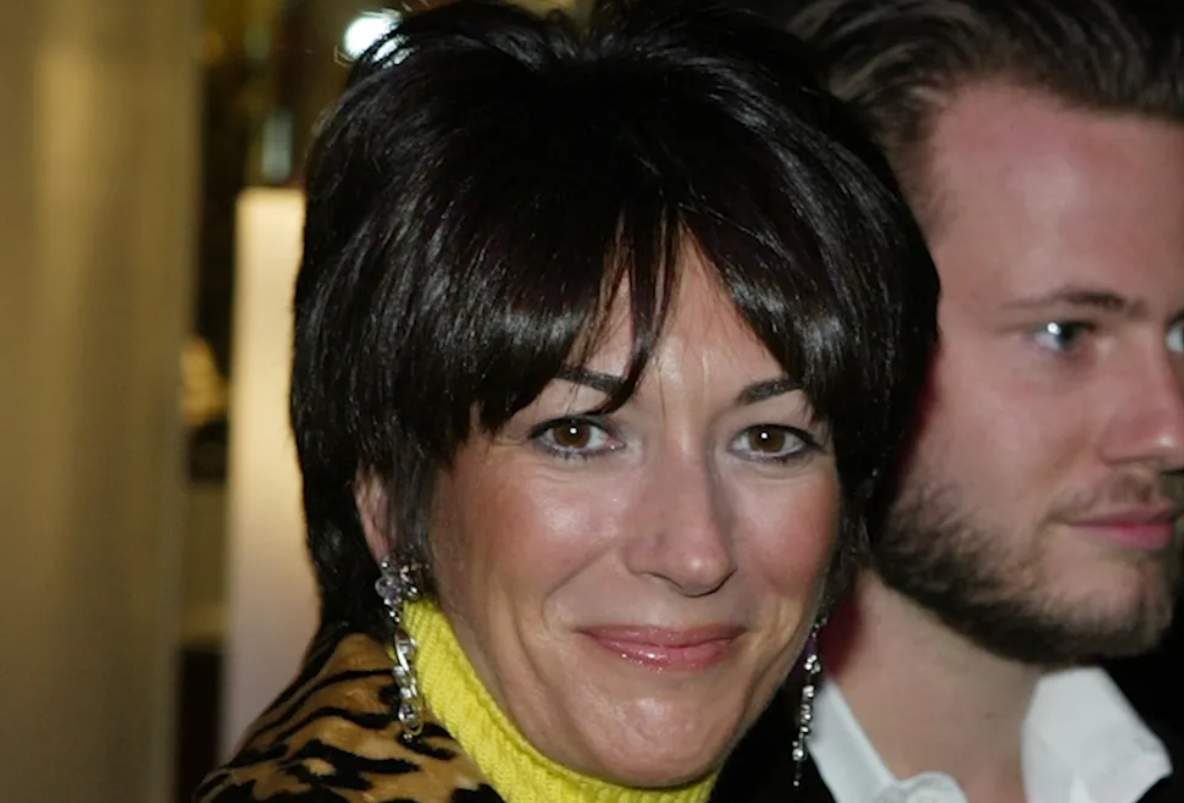 Speaking of her time at the Metropolitan Detention Center in Brooklyn, Sternheim wrote:

"Maxwell's conditions of detention for the past 16 months continue to be reprehensible and utterly inappropriate for [a] woman on the cusp of turning 60 with no criminal record or history of violence."

"It is unwarranted, unrelenting, and utterly inappropriate."

"[She] has been subject to physical and emotional abuse by the correction officers, poor and unsanitary living conditions, insufficient nutrition, difficulties reviewing the millions of legal discovery documents in the case against her, and sleep deprivation."

"I used to take a shower every day, but I've stopped because of the creepy guards who stand close and stare at me the whole time. I used to go to the loo with an open sewer drain, and a friendly rat would regularly visit."

Ghislaine Maxwell has been denied bail for the 6th time. Her trial begins in two weeks.

"I told the guards, but nothing was done until the rat popped out and charged a guard who screamed in terror."

"Finally, the sewer drain was covered."

The trial finally started in the final days of November.

Maxwell Seemed Relaxed At The Beginning Of The Trial

Even through her facemask, people claim that Maxwell was smiling and chatting to her team of lawyers, Leah Saffian, Christian Everdale, and Bobbi Sternheim.

She even waved to her sister, Isabel Maxwell, who was sitting behind her.

As the trial progresses, more shocking evidence and witnesses are expected to appear.

"Juan Alessi, who worked full-time at Epstein's Palm Beach estate from 1991 to 2002, said earlier at Maxwell's sex abuse trial that he first recalled meeting a girl referred to by the pseudonym Jane in 1994."https://t.co/D5I069f92n pic.twitter.com/dad4KMlF1R

Jeffery Epstein's former housekeeper Juan Alessi took the stand on the fourth day of the trial. She spoke about the booklet of rules. 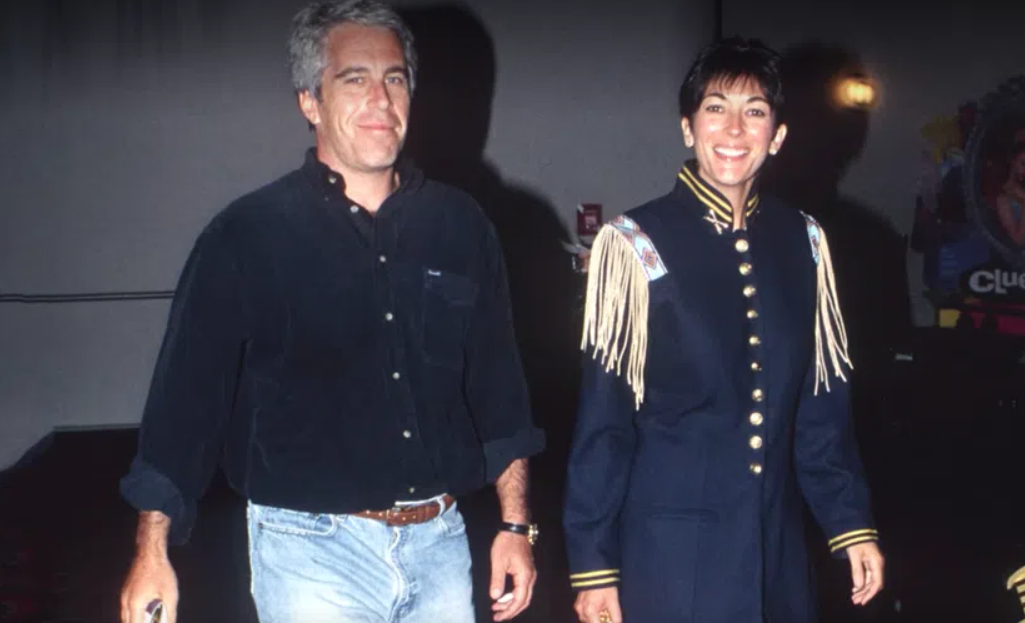 "Never disclose Mr. Epstein or Ms. Maxwell's activities or whereabouts to anyone."

Adding, "see nothing," or "say nothing."

Alessi spoke about one time, in 1994, when she picked up a girl from school and took her to Maxwell. This became a regular occurrence.

The woman in question goes under the name Jane, and Alessi remembered her real name.

Today Epstein's former butler Juan Alessi testified that Ghislaine Maxwell gave him a "household manual" with checklists for staff. He called it "degrading."

One line says: "Remember that you see nothing, hear nothing, say nothing, except to answer a question directed at you." pic.twitter.com/uOsuMrSQck

Alessi disclosed that following Epstein's massages, which took place three times per day towards the end of his employment, he would be required to make the bed.

The Mistress Of Evil, Umm I mean “house” had strict rules, at the Epstein house. Which was a 58 page booklet titled “Household Manual. This was dated on 2/14/2005, 16 years prior to this trial.

"It was at all times. Massages in the morning, massages in the afternoon, some massages after dinner, after the movies. They were 10, 11 o'clock at night." 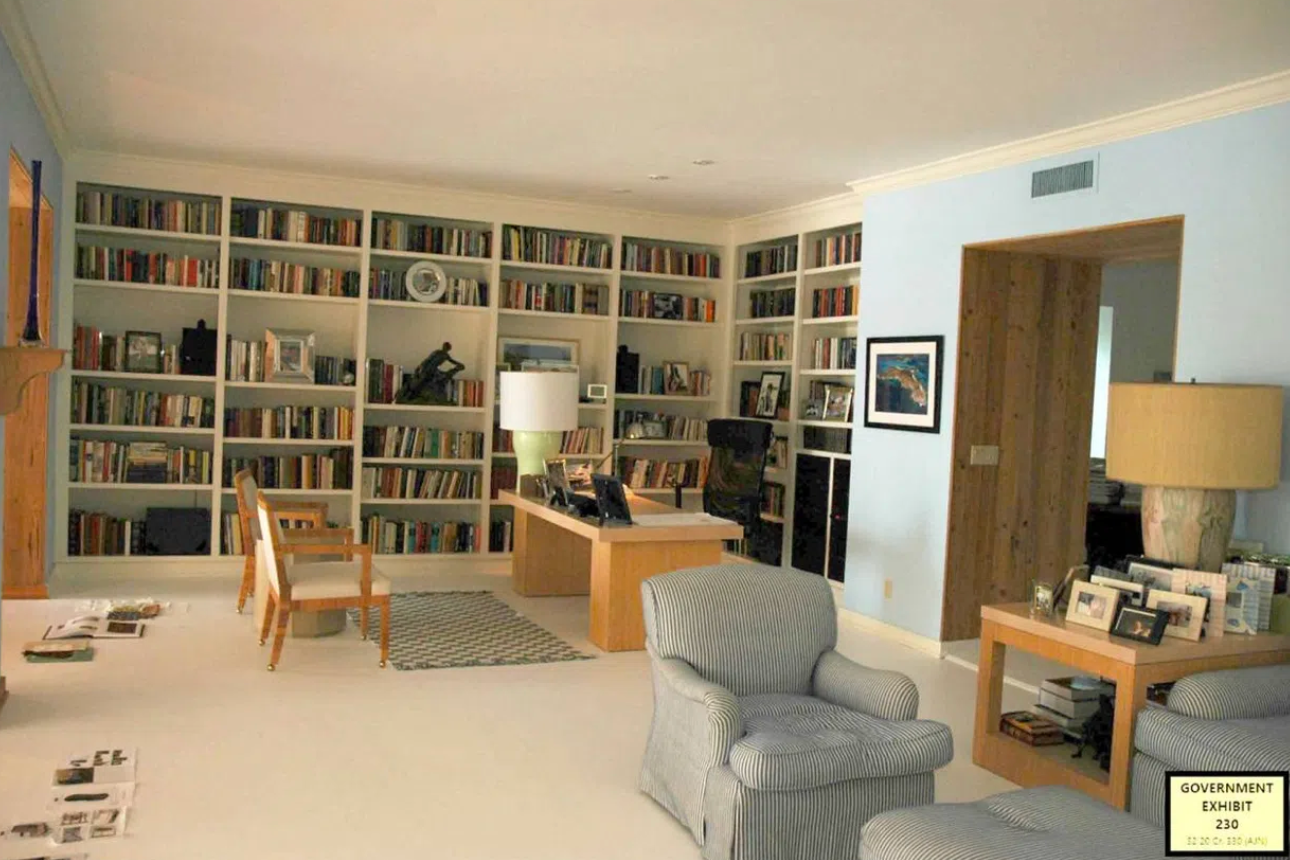 The photos from the mansion in Florida were taken in 2005. They show several portraits of naked women, a drawing of Ghislaine Maxwell or a lookalike, Epstein's bedroom, office, and guest rooms. The FBI released these photos as per the prosecutor's request. 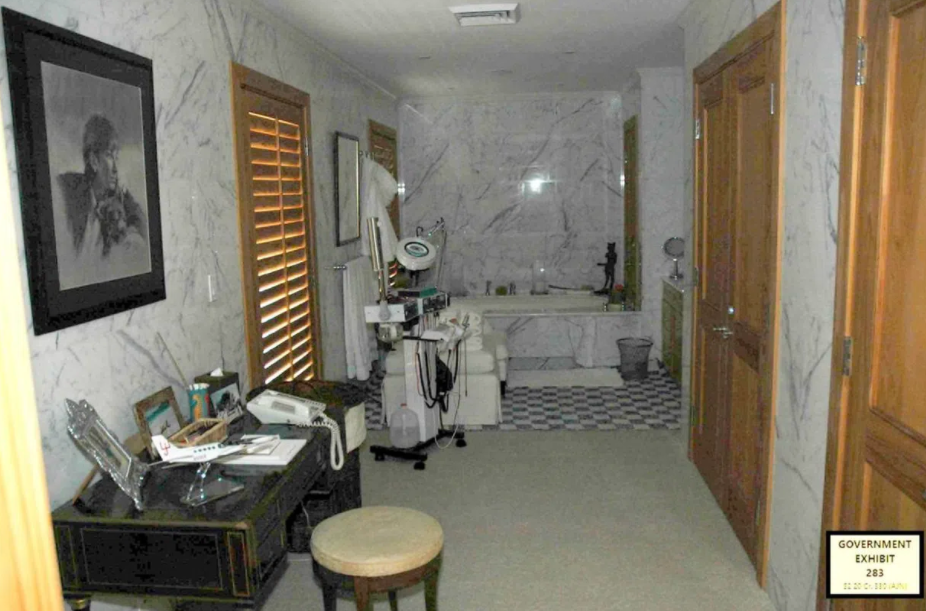 The trial continues, and we are ready for more bombshell evidence and testifying. 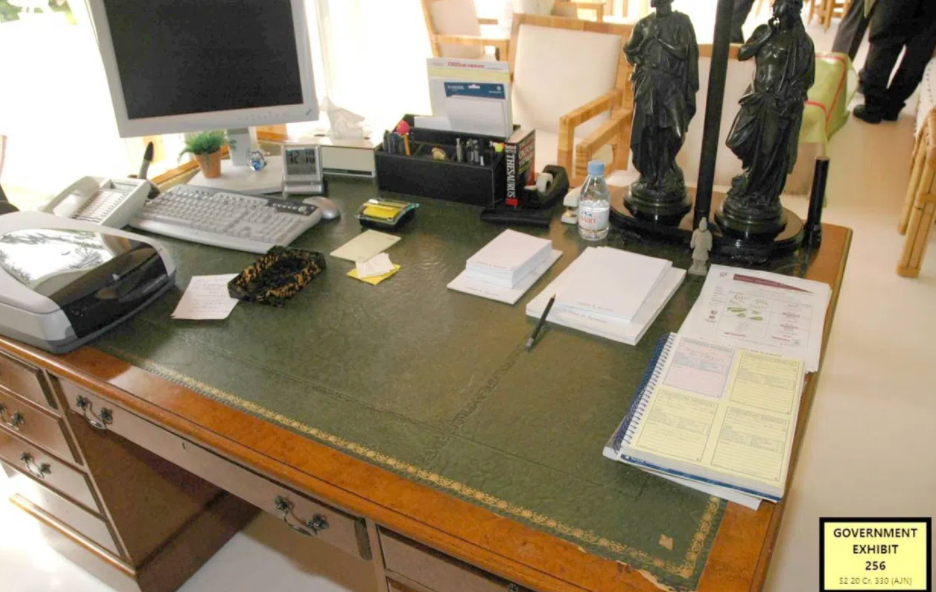 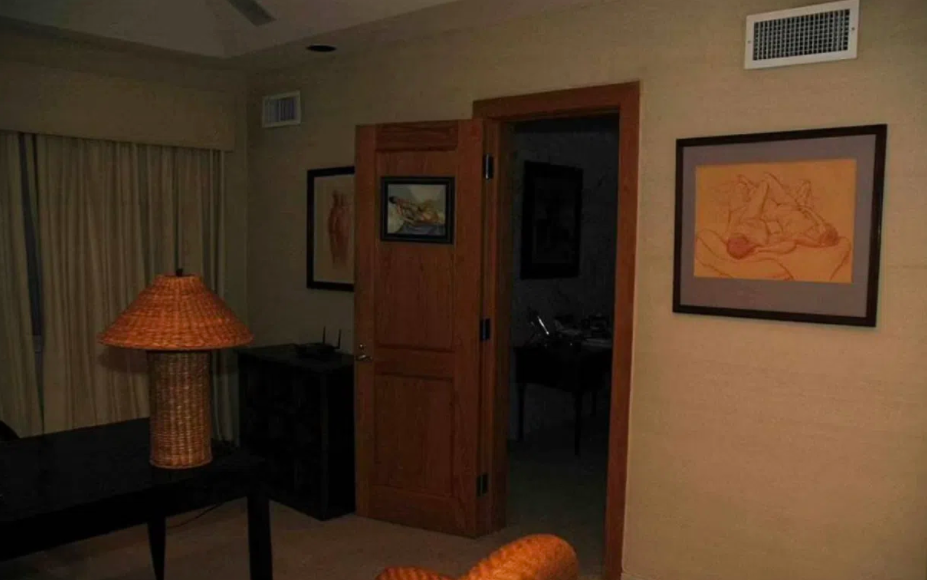 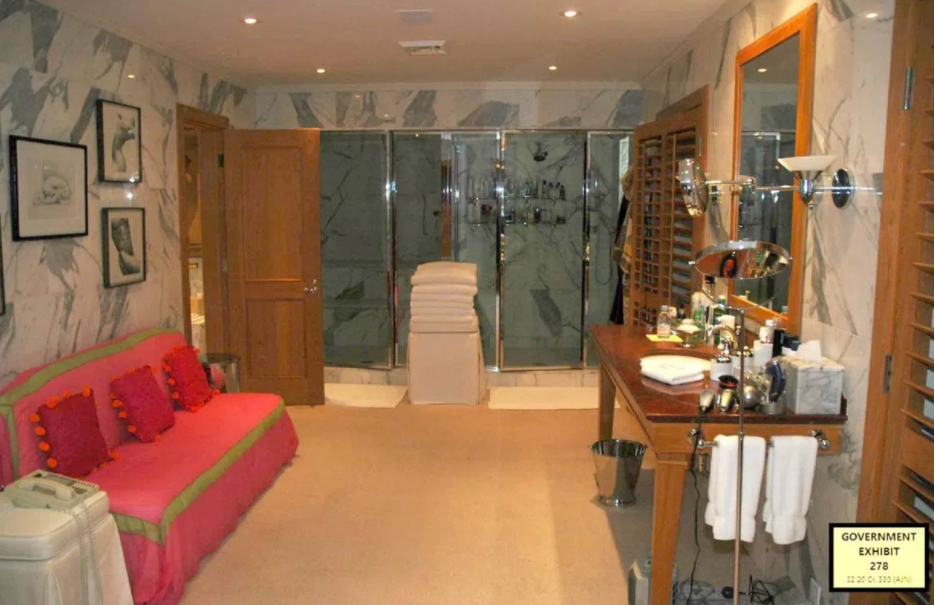 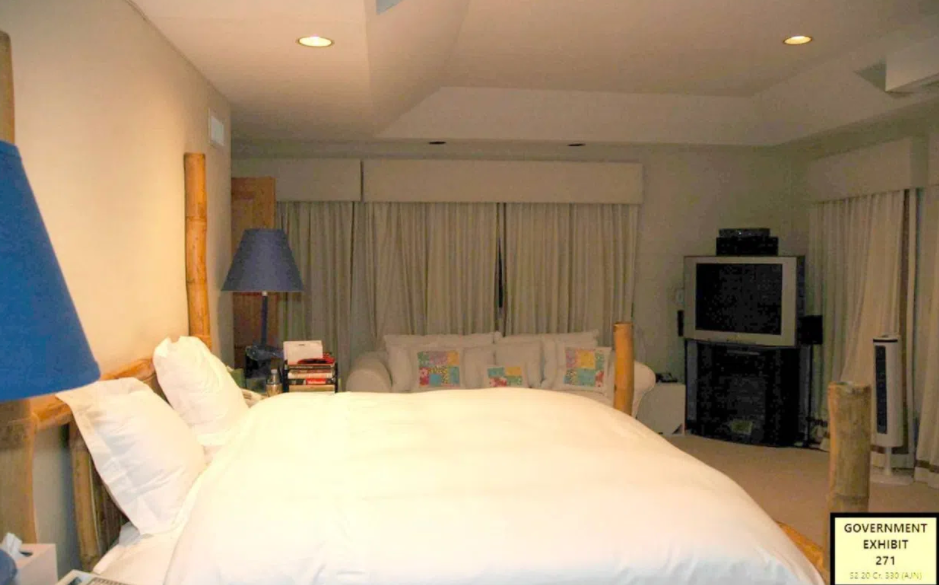 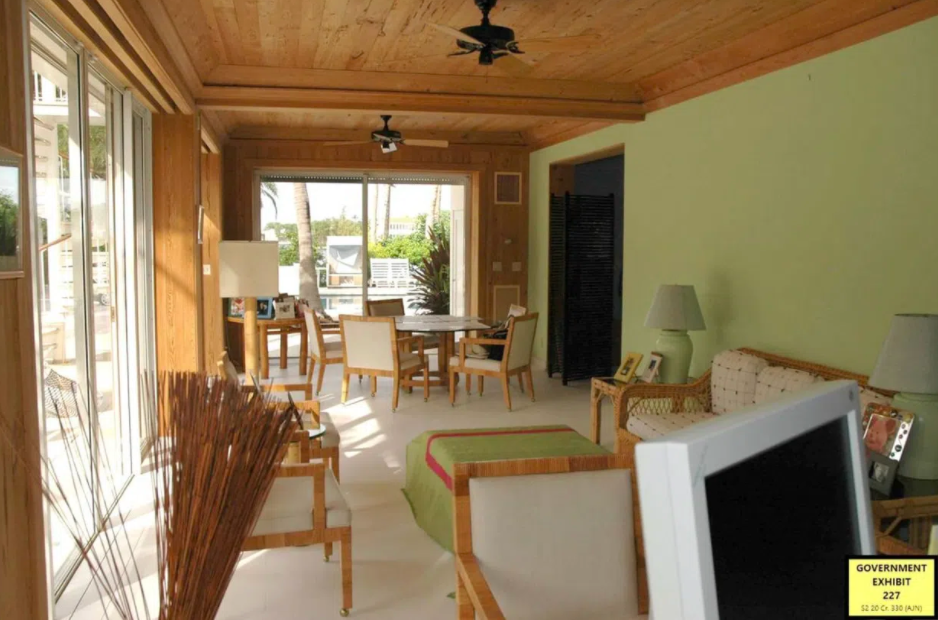 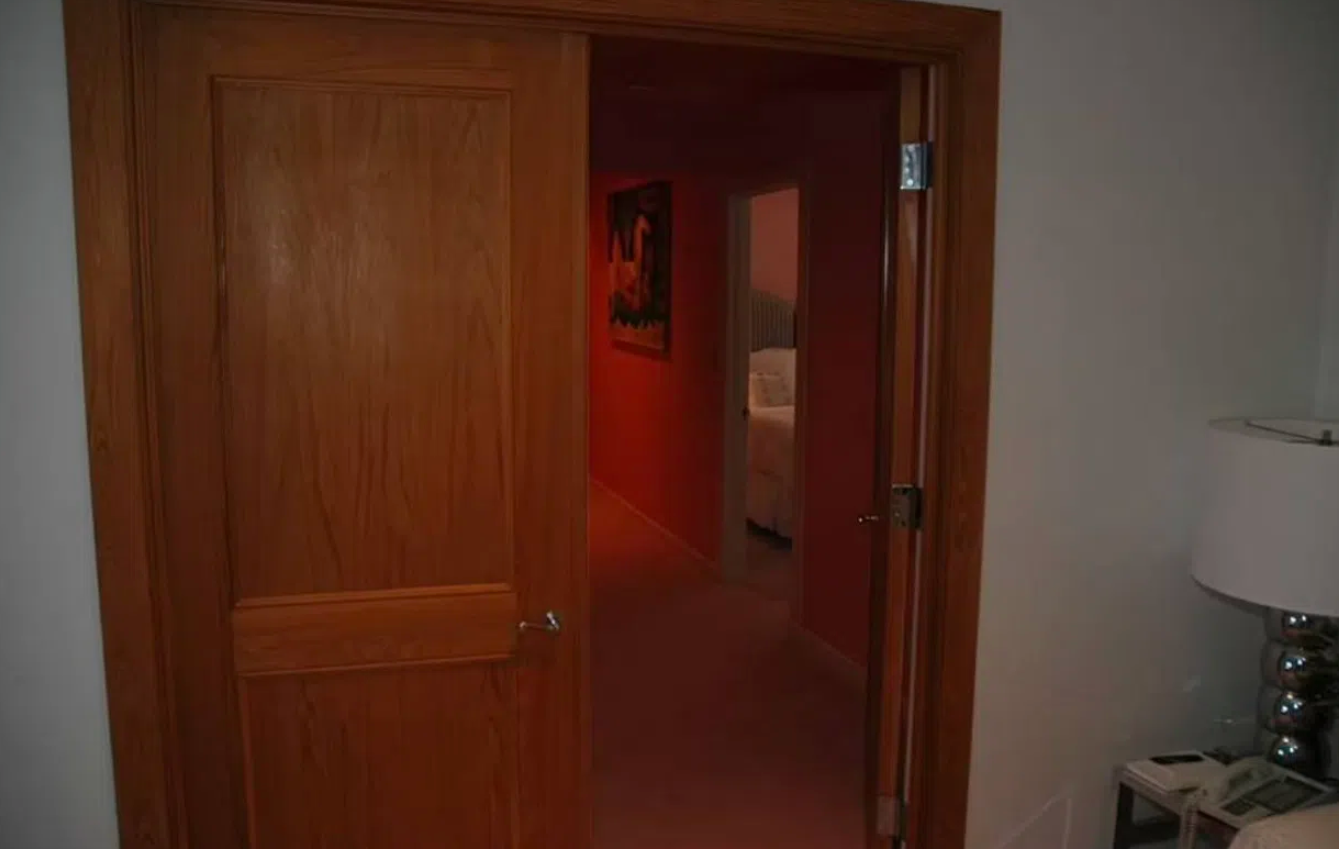 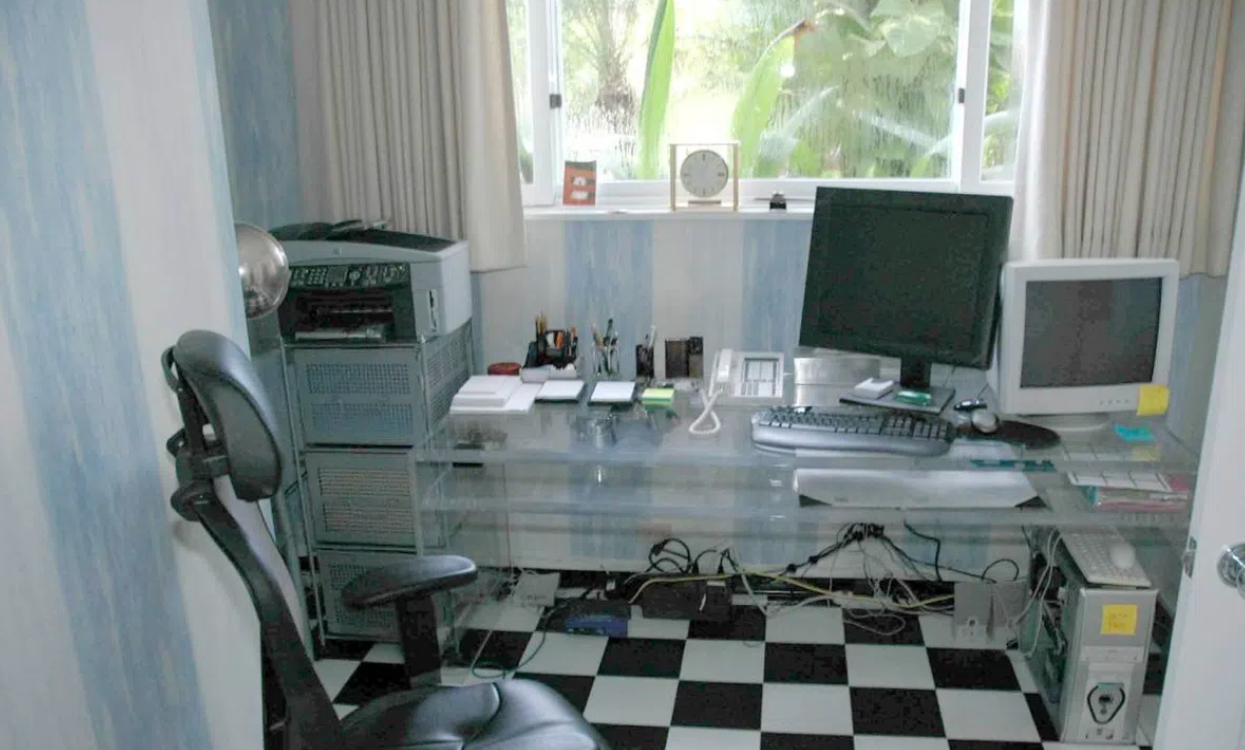 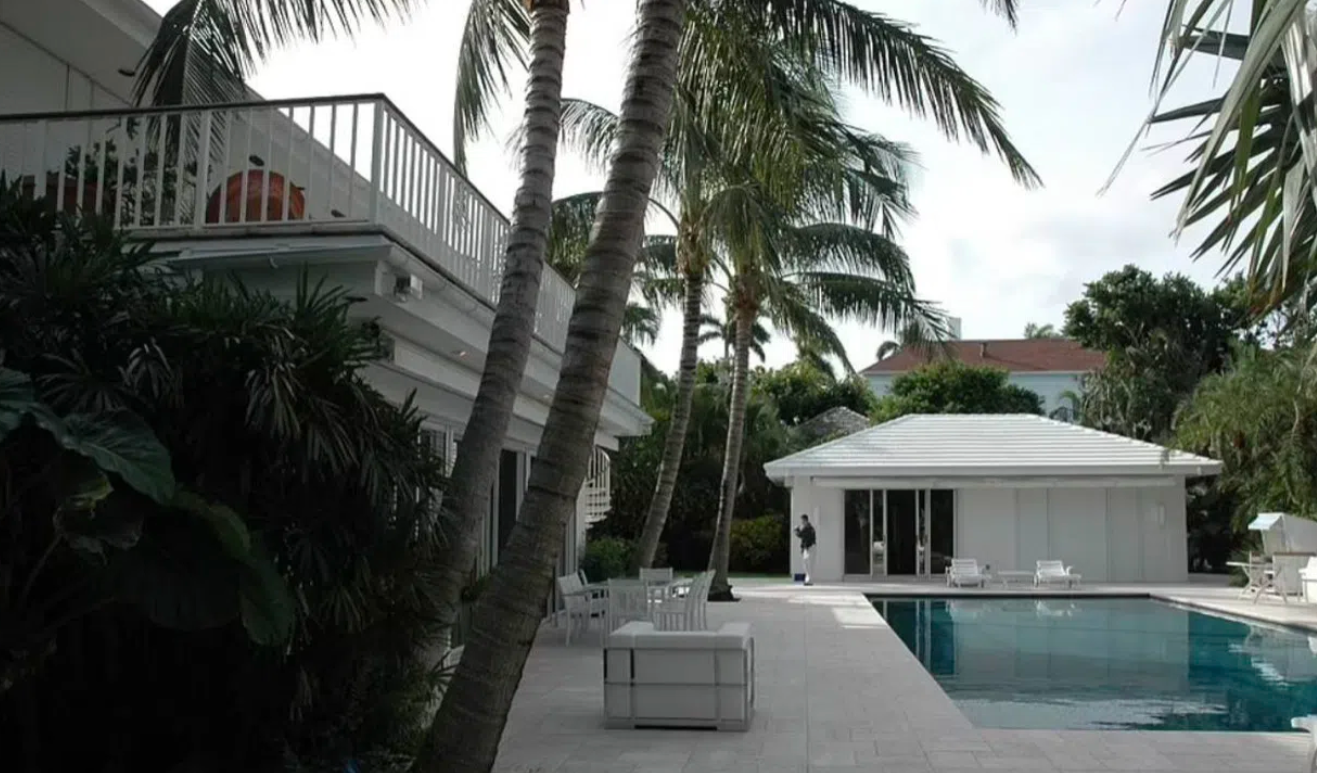