The Material girls singer shocked fans as she appeared to be naked from the waist up. The only coverage was two lollipop emojis strategically placed over her nipples.

For the second photo in the series, the star added the letters "Went from candy to money" in front of her assets.

Madonna shared the photos as part of the anniversary of her fifth album, Erotica. The album was released in 1992, the same year as her book Sex.

"Thirty years ago I published a book called S.E.X. in addition to photos of me naked. There were photos of men kissing men, woman [sic] kissing woman, and me kissing everyone," Madonna shared on Instagram.

"I also wrote about my sexual fantasies and shared my point of view about sexuality in an ironic way." 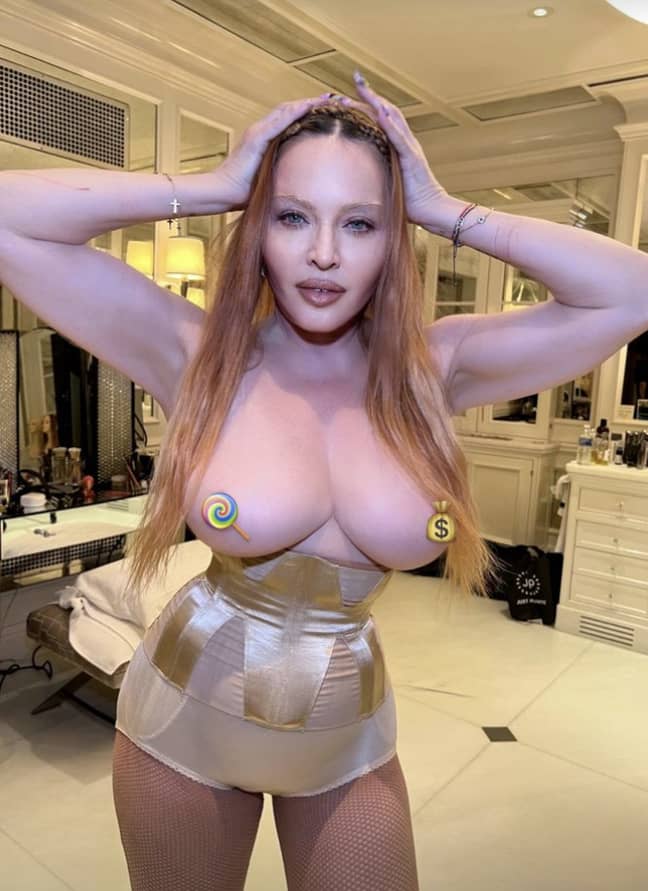 Six million copies were sold worldwide and the album reached number two on the US Billboard 200.

Some fans were shocked to see her topless photos while others praised her for bringing us back to her "Sex" era.

"I love Madonna she still can do everything she wants to," one follower wrote. 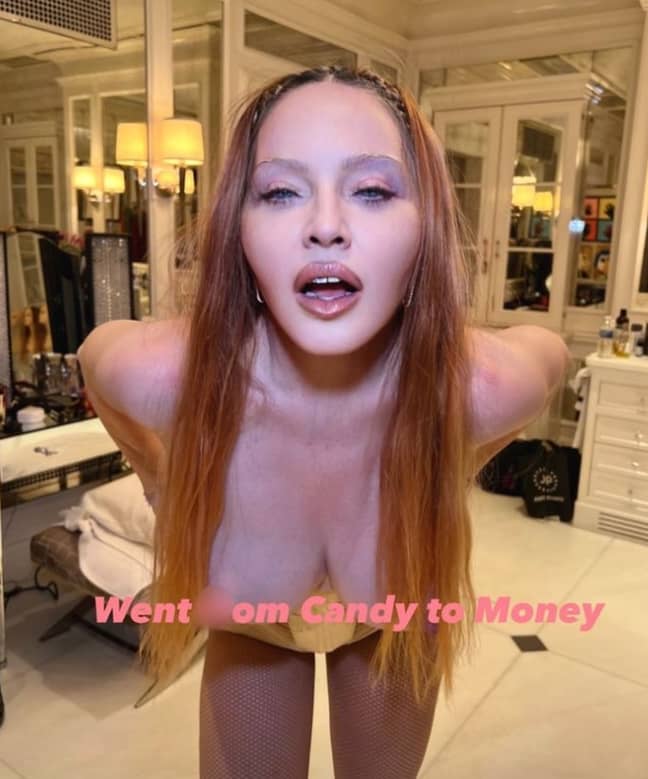 Earlier this week, Madonna made headlines after shocking her fans during a TikTok live stream.

Psyiconic, known as Terri Joe, invited the singer to an interview. Things took a strange turn when Madonna took out a small brown bottle and sniffed its content.

"Did you just do poppers?" Terri asked.

"Wooh, I've never done that before," the star replied.

Madonna denied having poppers in the bottle due to a head rush she seemed to be experiencing, fans speculated it might have been poppers.