Food expert reveals that you should never store chocolate in the fridge, even in a heatwave.

It's an age-old question that has been dividing foodies for generations: Should you store chocolate at room temperature or chill it in the fridge?

Luckily, chocolate experts are here to set the record straight once and for all.

According to a New Zealand-based chocolate expert and judge, Luke Owen Smith, it's best to avoid storing chocolate in the fridge at all costs. That includes even in a heatwave.

Speaking to Stuff magazine, he revealed that keeping chocolate in the fridge makes it 'dull. Chilled chocolate also 'doesn't release the flavors.'

Instead, you should store your chocolates in a 'cool, dark and dry place.'

But if the temperatures are high and the heatwave is causing the chocolate to melt, put it into a sealed container in the fridge.

However, leave it out at room temperature for a while before eating. 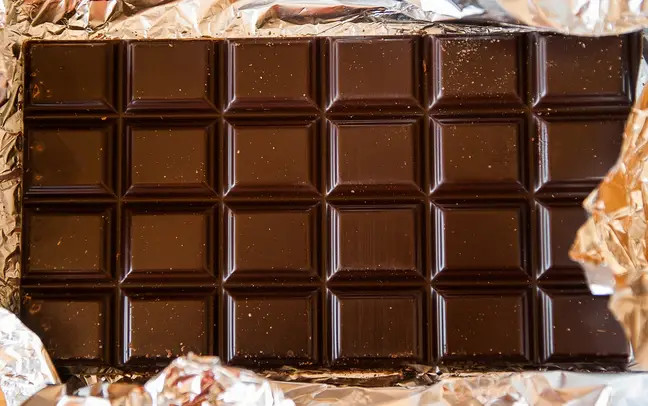 Leading food safety expert Belinda Stuart-Moonlight, also said that another reason we shouldn't refrigerate chocolate is that it can lead to a 'sugar bloom.'

This happens when you chill the chocolate and later expose it to warmer air. And doing this causes condensation on the chocolate surface, dissolving some of the sugar, which recrystallizes into a grainy, white coating.

However, chocolate with a creamy filling is likely at a higher risk of going off. So it needs refrigeration.

Also, according to Haigh's Chocolates:

"If you are going to freeze your chocolates put them in a double-wrapped freezer bag, ensuring it is airtight."

"When defrosting, to reduce the risk of 'chocolate shock', place in the fridge for 24 hours. Then store it in a cool place to bring to room temperature for a further 24 hours before eating."

"Chocolate is best enjoyed when you eat it at room temperature. The process of slowly thawing the chocolate helps prevent the formation of condensation on the surface, which in turn will lead to blooming."

Additionally, when it comes to refrigeration, other controversial products include eggs, cooked meat, fruit, and vegetables.

And contrary to what many believe, you should refrigerate cooked meat — including seafood and poultry — as soon as possible after cooking.

So, don't leave them on the bench to cool before placing them in the refrigerator. Why?

The warmth of the meat can encourage the growth of microbes which may lead to food poisoning.

But if the food is too hot, a brief cooling period — not more than one hour — before refrigeration is preferable.