Huggy Wuggy might sound like a child-friendly and cuddly teddy bear. However, the video game character has left children terrified after showing up on social media.

The game, called Poppy's Playtime, is directed toward adults. The fantasy horror game tells the story of a girl trapped in a derelict toy factory.

In this place, Huggy Wuggy, a blue plush toy with terrifying sharp teeth, shows up and starts chasing the girl.

The horror character sings a creepy song about hugging and killing.

The game was an instant success due to the uncanny villain and it is definitely not a game for small children.

However, the blue plush toy has started to appear in fan-generated content and in other games like Roblox and Minecraft.

He has shown up on social media like Youtube and TikTok where many younger children spend time.

Many small children have been inspired by the blue bear and his songs with some terrifying outcomes.

"Kids as young as five have been playing games in the playground hugging each other and whispering frightening lyrics such as 'hugging you to death' and 'till you breathe your last breath', leaving many upset," a teacher on Adelaide primary school wrote in a letter to parents. 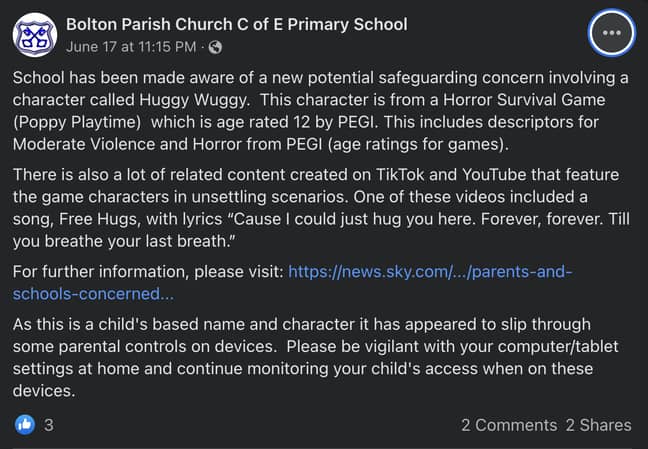 Schools have warned parents about Huggy Wuggy and his negative impact on kids. It is not always easy to understand which games or characters are unsuitable for kids as they can look very innocent at the first glance.

"It really comes down to paying attention to what your children are doing and making sure they are not just trusting YouTube Kids videos are safe because unfortunately with videos like this, things do slip through the cracks," cyber protection expert Chris Conroy said.

The issue seems to be widespread as Huggy Wuggy is currently trending online.

"One parent commented that it's low on positive role models and high on violence," she explained.

"What children have been doing is giving each other hugs but whispering creepy things in their ears, because that's what Huggy Wuggy does." 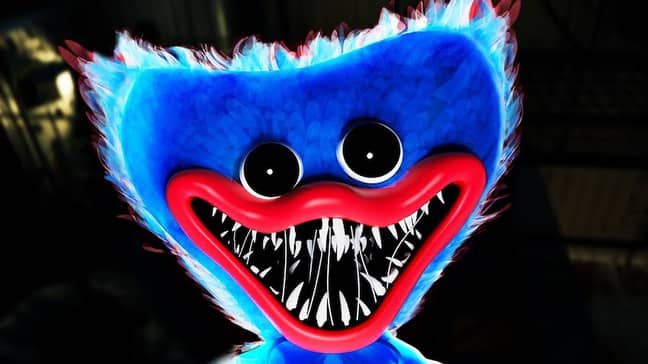 "I know from chatting with one principal this morning that some children are quite terrified."

The principal does not want to create moral panic. She wished to encourage parents to talk about the subject with their kids if they have come into contact with the game character.

"Huggy Wuggy himself does look pretty scary. You can see his song on YouTube, which is very catchy but has a very unhappy ending."

"If you hear about it, talk about it."

Professor Elizabeth Handsley advised parents to talk about what their kids might see online, without raising their curiosity. The last thing you want to do is make the kids go and look for damaging content because they are intrigued.

"Maybe try to bring up more generally: 'Do you ever see anything on the media that makes you feel scared? Do you see kids playing games in the playground that are based on things they've seen on YouTube or TikTok?'" she advised.