On Saturday, many of us watched as the British Royal Family said their final goodbyes to Prince Philip.

Of course, many were curious to see whether Prince William and Prince Harry will speak at all. So, here's everything we learned so far regarding the feuding brothers.

Prince Philip, Duke of Edinburgh, died on April 9 after several heart-related surgeries. He was close to his 100th birthday.

The first statement came from his wife, The Queen. It read:

"The Royal Family joins with people around the world in mourning his loss. Further announcements will be made in due course."

Prince Philip was married to the Queen for 73 years. He's the longest-serving Consort in history, having served Her Majesty for over six decades. 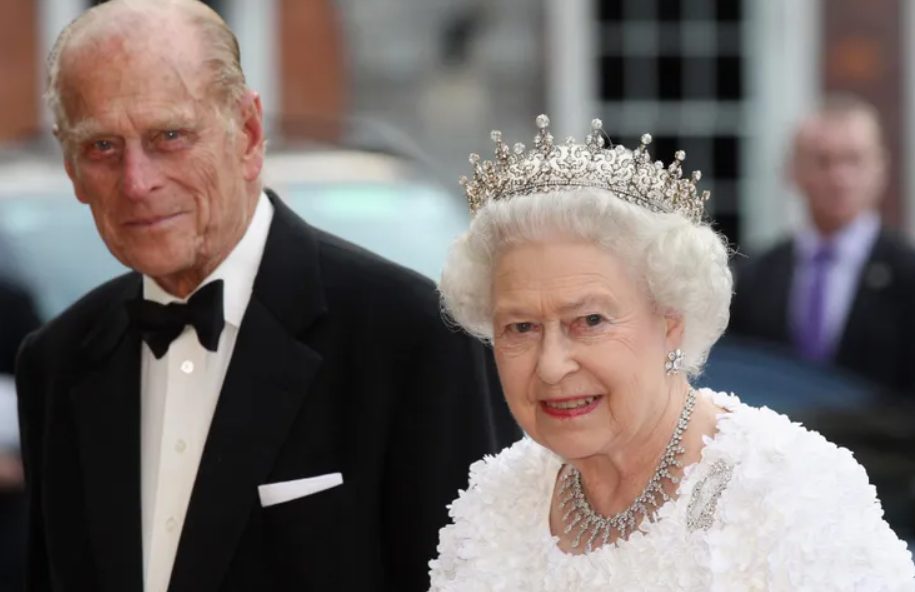 In the past decade, Prince Philip faced numerous health issues.

He had a bladder infection back in 2012 and surgery on his abdomen in June 2013. 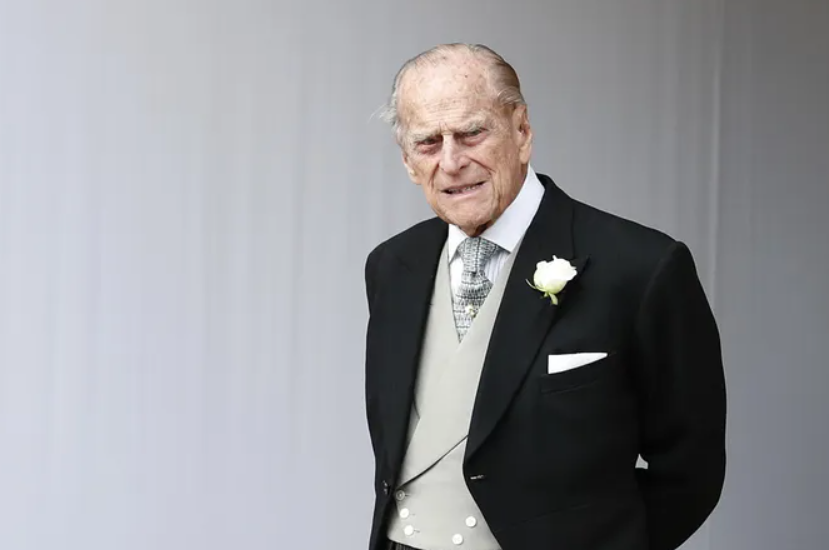 In 2017 he had hip surgery. That same year he decided it was time to retire.

In late 2019, he spent four days in a hospital. Yet, the Duke was released, and we didn't hear anything until February 2021.

He was hospitalized and had successful surgery for a pre-existing heart condition.

Though he was discharged, he was back in the hospital in March. Finally, he left this world in April.

Despite his advanced age, people were in shock.

Tributes From All Around The Globe

The Queen and her late husband flooded the social media.

Prince Charles Speaks To The Press 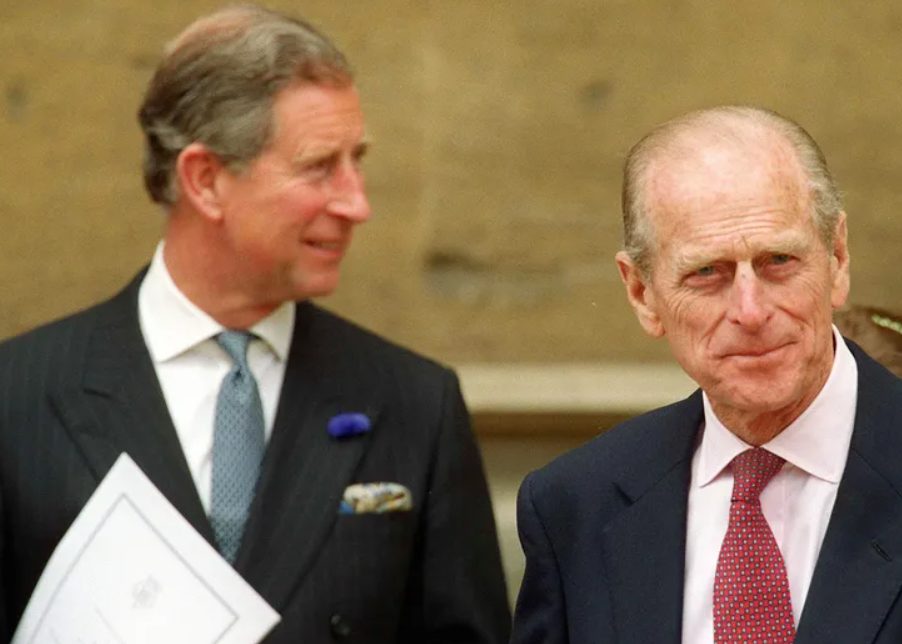 Prince Charles was the first member of the Royal Family that spoke about his father's passing. He said:

"My dear Papa was a very special person who I think above all else would have been amazed by the reaction and the touching things that have been said about him, and from that point of view, we are, my family, deeply grateful for all that."

Prince Charles and his dad had a somewhat complicated relationship. Yet, they healed it in the past years, and so the future King added:

"He was a much loved and appreciated figure and apart from anything else, I can imagine, he would be so deeply touched by the number of other people here and elsewhere around the world and the Commonwealth, who also, I think, share our loss and our sorrow."

"My grandfather's century of life was defined by service – to his country and Commonwealth, to his wife and Queen, and to our family." 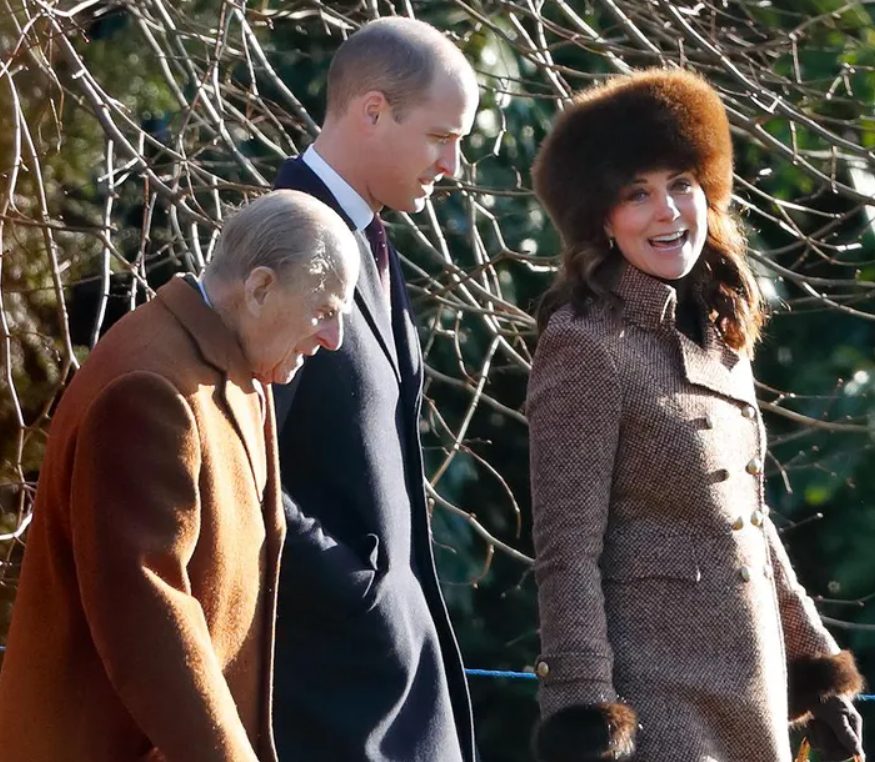 "I feel lucky to have not just had his example to guide me, but his enduring presence well into my own adult life – both through good times and the hardest days. I will always be grateful that my wife had so many years to get to know my grandfather and for the kindness he showed her." 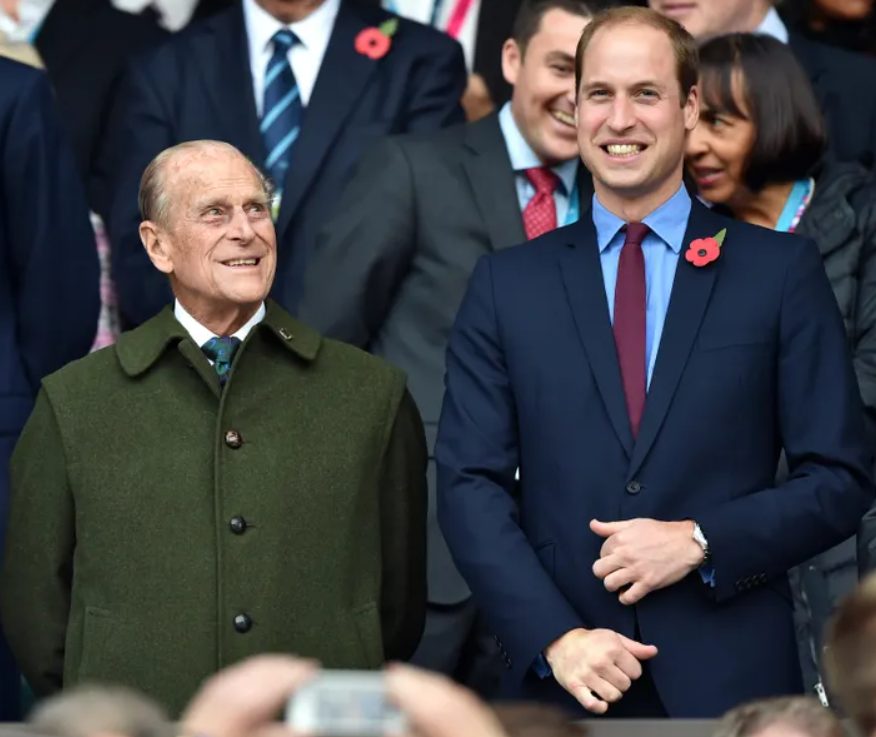 He reflected on all the years he spent with his grandpa:

"I will never take for granted the special memories my children will always have of their great-grandpa coming to collect them in his carriage and seeing for themselves his infectious sense of adventure as well as his mischievous sense of humor!"

Yet, he finished just like Prince Philip would have wanted:

"I will miss my Grandpa, but I know he would want us to get on with the job."

Prince Harry Issued A Statement On The Archewell Foundation Website 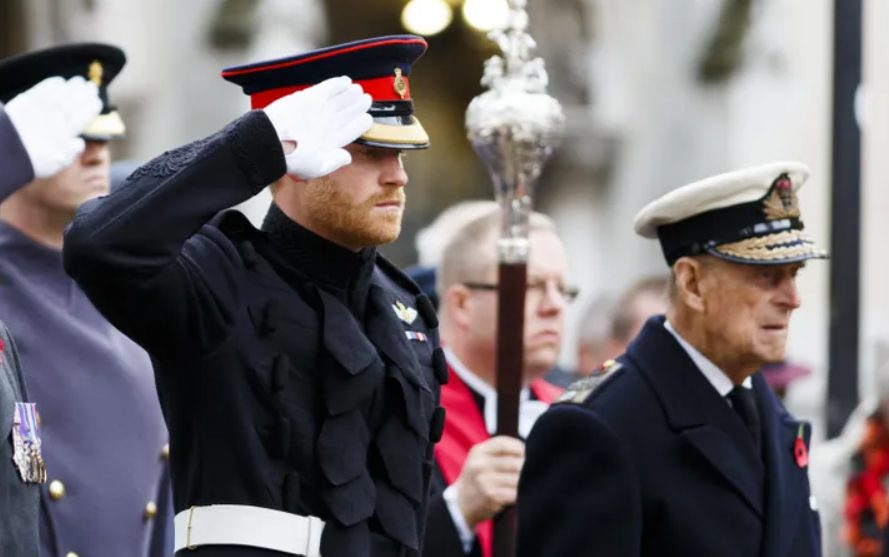 In the statement, titled "In loving memory of His Royal Highness The Duke of Edinburgh," Harry wrote: 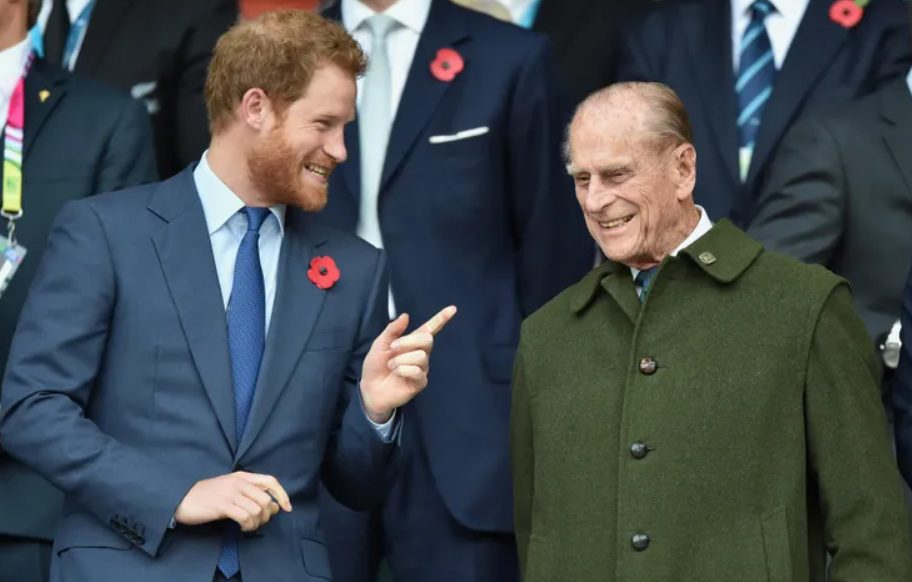 "He will be remembered as the longest-reigning Consort to the Monarch, a decorated serviceman, a Prince, and a Duke. But to me, like many of you who have lost a loved one or grandparent over the pain of this past year, he was my grandpa: master of the barbecue, a legend of banter, and cheeky right 'til the end."

He concluded his statement on a higher note:

"So, on that note, Grandpa, thank you for your service, your dedication to Granny, and for always being yourself. You will be sorely missed but always remembered—by the nation and the world. Meghan, Archie, and I (as well as your future great-granddaughter) will always hold a special place for you in our hearts."

The big question regarding who will attend the funeral

Naturally, Prince Harry went to the UK as soon as possible. His pregnant wife followed the doctor's orders and stayed at their California home with their son.

The big question was how Prince Harry would face his family after the viral interview with Oprah.

The Eight Days Of Mourning 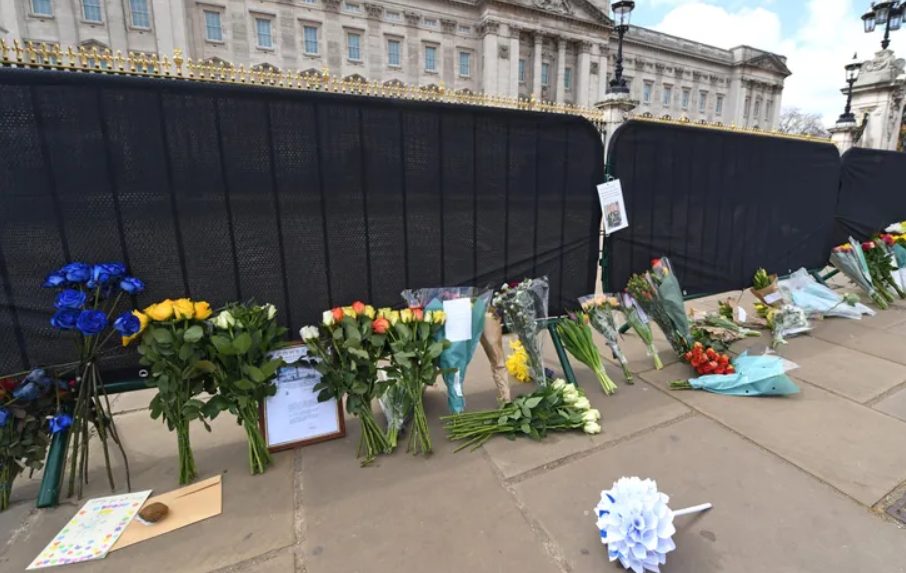 The country went into eight days of mourning, during which Union flags flew at half-mast.

Initially, the Queen was not supposed to work until April 22. However, four days after her husband's death, she resumed her duties.

Many praised the Queen for showing bravery and loyalty to the country as she hosted a ceremony at Windsor Castle to mark her household's most senior official retirement.

However, during a funeral, the Queen was all alone. That picture marks an end of a partnership that managed to overcome all obstacles.

On Saturday, April 17, Prince Philip was laid to rest.

His funeral was televised due to Covid-19 restrictions. Only members of the Royal Family attended the service. The Prince's resting place is at St George's Chapel on the grounds of Windsor Castle. 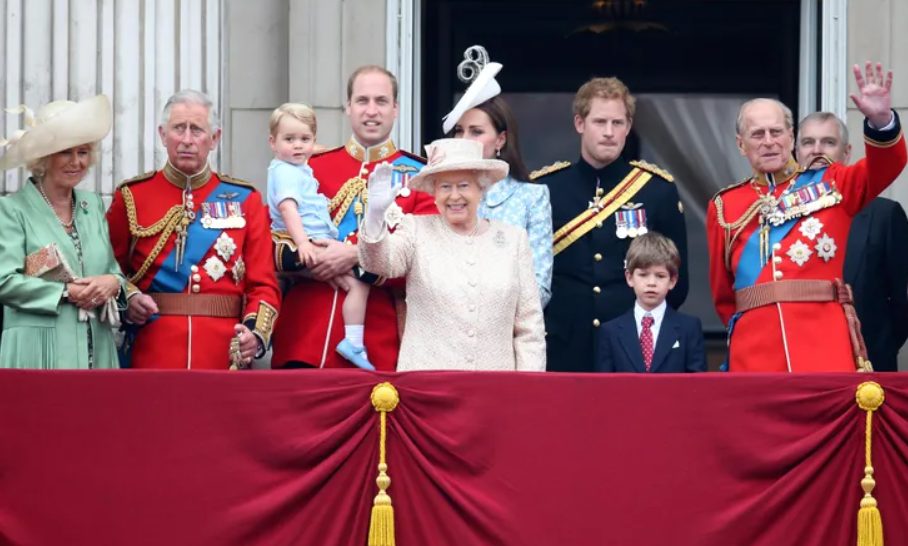 His body was transported in a Range Rover he designed. In fact, Prince Philip planed his funeral a long time ago. Reportedly, he didn't want a big funeral or a "big fuss." 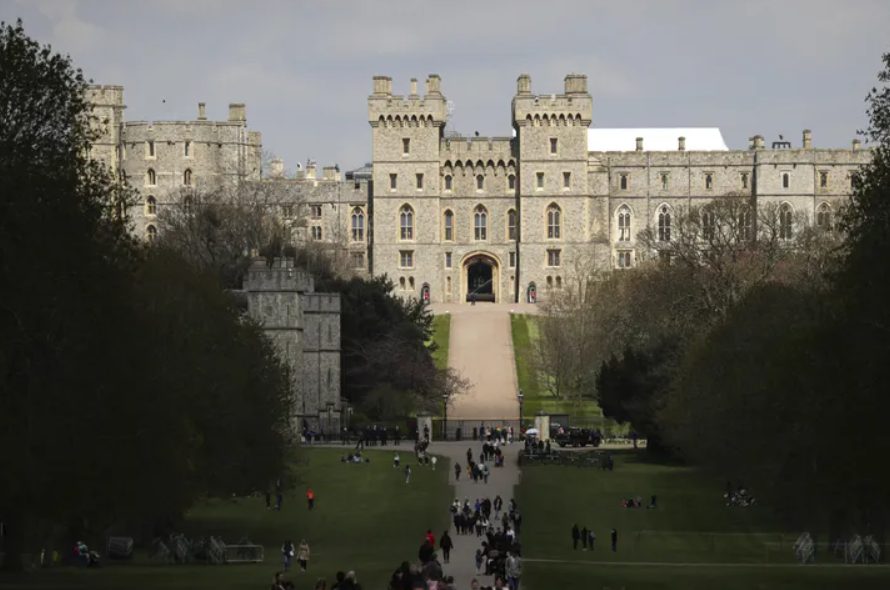 Members of the public were offered an online book of condolences, though many wanted to approach the Castle.

The Moment Prince William And Prince Harry End Their Rift 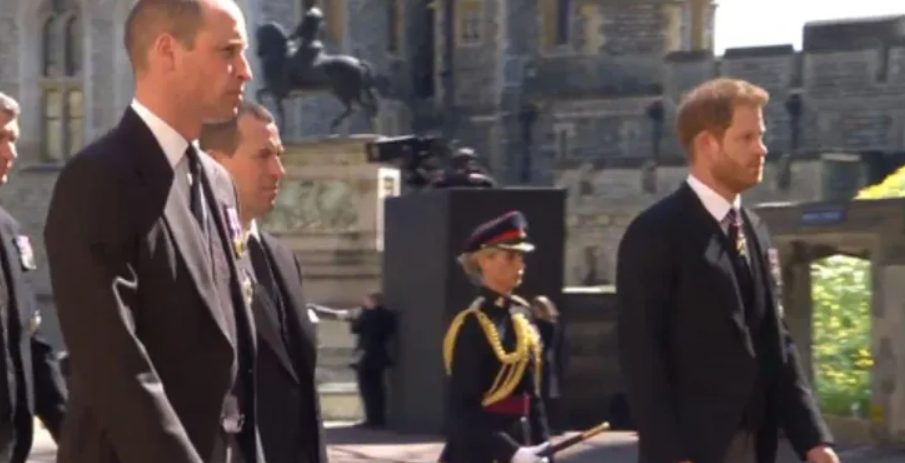 While the focus was on Prince Philip, of course, people wanted to see what's going on with his grandsons.

Prince Harry and Prince William were spotted chatting after the services. Prince William's wife, Kate, was with them, but at some point, she left and gave brothers space to talk in private.

I have to say it is nice to see Prince William and Prince Harry walking alongside each other as they leave Prince Philip’s funeral. Brothers first and foremost. #princewilliam #princeharry #duchessofcambridge pic.twitter.com/XPjOueyRkn

This makes me so happy— William, Harry, and Catherine chatting as they leave St. George’s Chapel pic.twitter.com/0sTfbK47eA

Lady Diana's and Prince Charles' sons' fallout goes back to 2017 or 2018. The details remain unclear. Many believe that Harry's marriage to Meghan Markle initiated the royal fight. And those who do didn't hide their feelings. 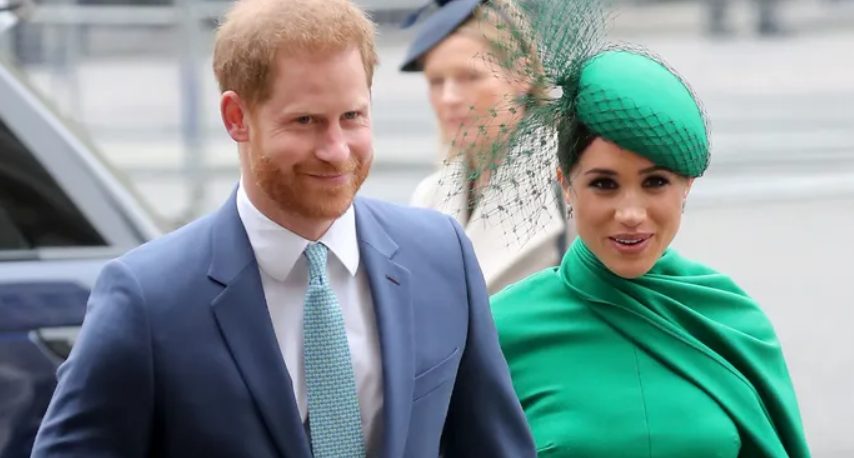 Despite not being there, Prince Harry's wife, Meghan Markle, was on many people's minds. 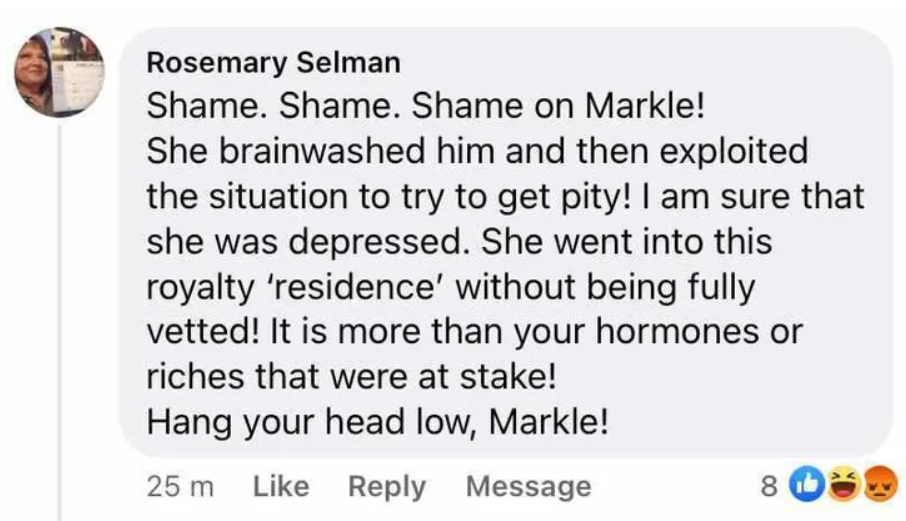 We don't know the whole story. However, we know that the brothers had difficulties growing up, and they used to present a united front. Perhaps they simply needed time to think about their lives and to become their own people.

Maybe Meghan's to blame. But there's no proof that she did anything. In fact, in the interview with Oprah, she called Kate "lovely and kind." People just seem to forget that part. 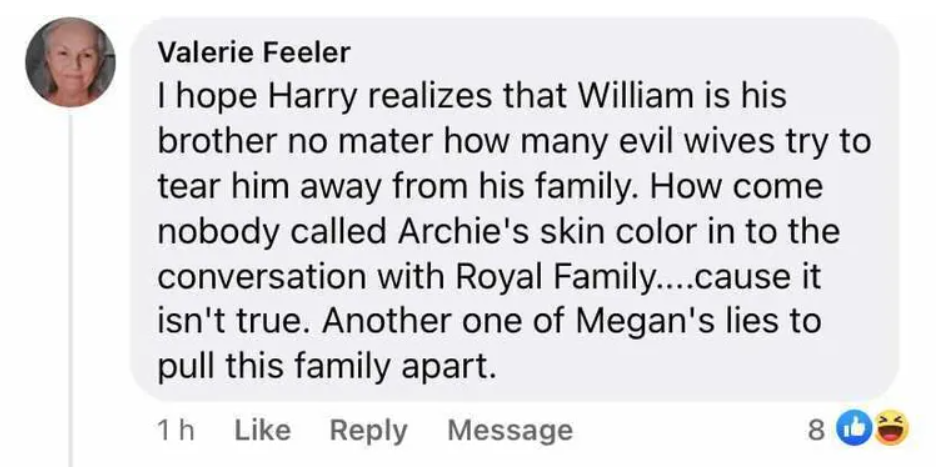 Some were voices of reason, others, not so much.

Siblings fight, even the Royal ones. 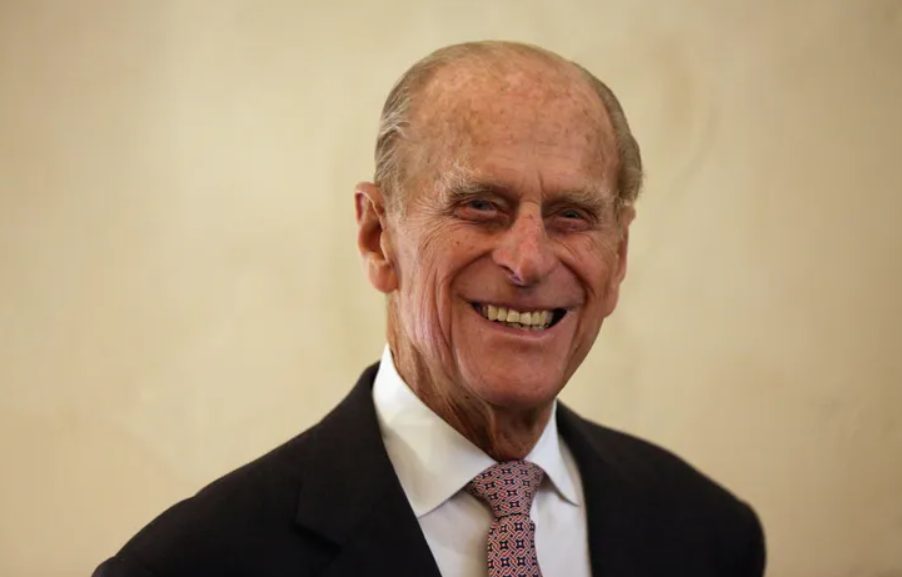 The Duke has seen it all. Now it's time for him to rest.