Evelyn Francis McHale, a striking young American bookkeeper hailing from Berkeley, California, born on September 20th, 1923, tragically took her own life on May 1st, 1947, leaving behind a lasting and powerful legacy. In her suicide note, she implored that her body not be viewed, yet despite this request, history has refused to let her memory fade. 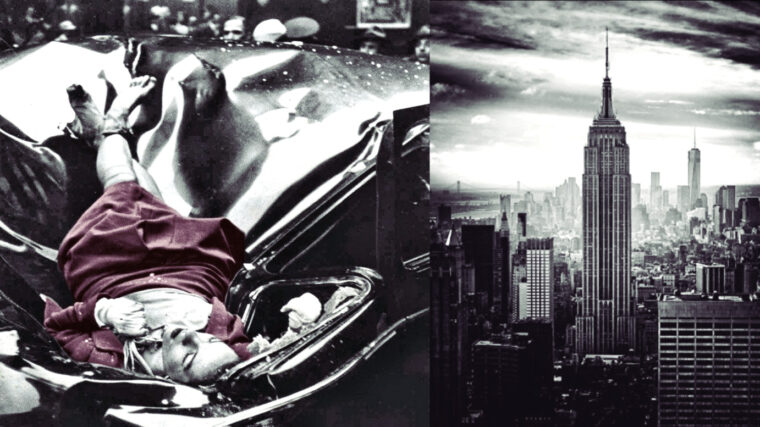 The Most Beautiful Suicide Of Evelyn McHale:

On April 30th, 1947, Evelyn embarked on a journey by train from New York to Easton, Pennsylvania to meet with her partner, Barry Rhodes. However, the following day, after departing from Rhodes' residence, she returned to New York City to carry out her plan of suicide. Tragically, at the young age of 23, she leaped from the 86th-floor observation deck of the iconic Empire State Building, falling to her death and landing on a parked limousine on the street below. 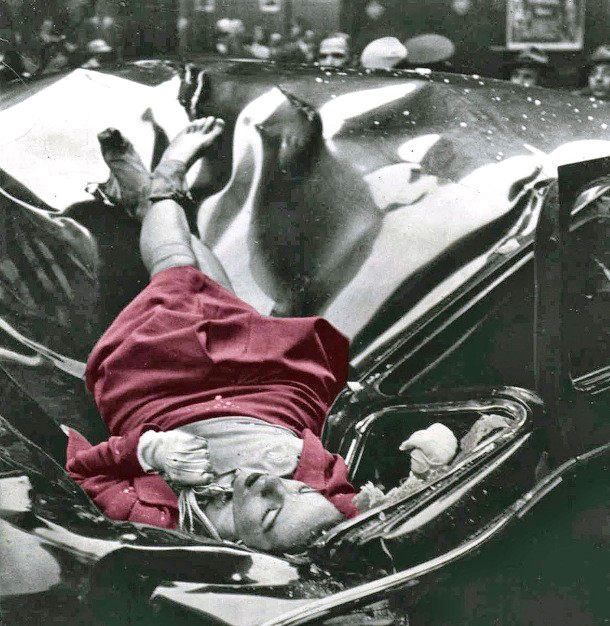 Photography student Robert Wiles captured an image of her remains just minutes after her tragic death. The photograph depicts her body in an unnatural state of preservation, given the tremendous height from which she fell.

The photograph appears to suggest that Evelyn may have intentionally positioned her legs in a crossed manner and placed her hands on her pearls, leading some to speculate that she may have been relaxing or even posing for a photo shoot in her final moments. As a result, this photograph became an iconic image around the world, and was featured as the "Picture of the Week" in the May 12th, 1947 issue of Life magazine.

Evelyn left behind a poignant and emotional note explaining her reasons for taking her own life. Excerpts from her suicide note read:

"I don't want anyone in or out of my family to see any part of me. Could you destroy my body by cremation? I beg of you and my family – don't have any service for me or any form of remembrance."

"My fiancé asked me to marry him in June. I don't think I would make a good wife for anyone. He is much better off without me. Tell my father, I have too many of my mother's tendencies."

Despite Evelyn's request for her body not to be viewed, the iconic photographs of her final moments have been widely circulated and her death has been referred to as "the most beautiful suicide." However, in accordance with her wishes, her remains were cremated with no memorial, service or grave site.

In the investigation into her death, her fiancé Barry Rhodes stated that he had no idea why she would take her own life. He further recounted that he had kissed her goodbye and she had laughed about their upcoming wedding plans before she left.

It was later determined that Evelyn McHale had a fear of turning out like her mother. She also believed that she would not be a suitable wife for Barry, indicating that her parent's divorce had a psychological impact on her during her childhood. Her mother had left her father without explanation and had later been diagnosed with mental illness.

Evelyn had previously shown signs of her negative feelings towards marriage, such as at her Barry's brother's wedding, where she tore her dress while serving as a bridesmaid and subsequently burned the dress.

The Ghost Of The Empire State Building:

The Empire State Building, with its iconic lighting, was first illuminated in 1931. At 102 stories tall, it was the tallest building in the world at the time of its completion. The 1933 film King Kong further popularized the building. Even today, the building remains one of the most beautiful sights in the New York City skyline, particularly when lit up at night. 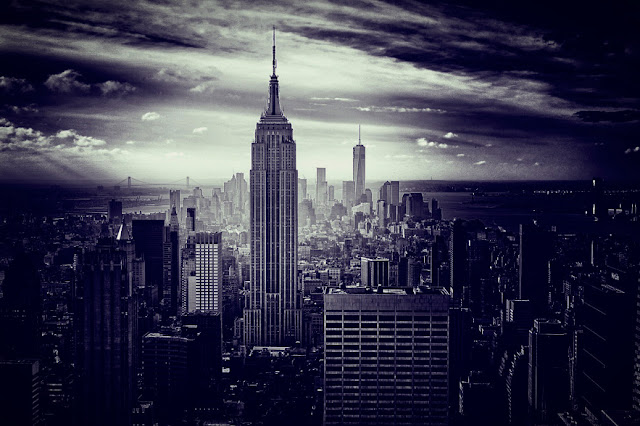 Unfortunately, along with its beauty, the Empire State Building also has a dark history of suicides and bizarre deaths. Many attribute this to the presence of a female ghost who is said to be seen on the building's 86th-floor observation deck, where Evelyn McHale took her own life. It is believed that the tragedy of her shocking death still haunts the Empire State Building.

Throughout its history, over 30 individuals have committed suicide by jumping from the Empire State Building. In 1947 alone, in three weeks, five people took their lives in this manner. One of these jumpers even hit a pedestrian walking on the street below. Due to the high number of deaths in a short period of time, the building authorities were forced to construct an enclosed fence around the perimeter of the observation deck and hire "suicide guards" to patrol the area.

In many paranormal cases, it is common for a location to be haunted by the memory of an unnatural death or accident, causing the same tragedy to repeat itself. It is therefore not surprising for people to believe that the incident of Evelyn's tragic death is the reason behind the numerous suicide cases at the Empire State Building. However, some claim that the ghost seen is actually that of a widow who committed suicide after World War II, having lost her lover in a battle in Germany.

In addition to these stories, there is also a tale of a ghost of a young, attractive woman dressed in 1940s-style clothing who has frequently been spotted on the Empire State Building's observation deck. Witnesses claim that this ghost has spoken to them, expressing sadness, before removing her coat and jumping to her death through the barrier fence, as if it wasn't even there. Some have reported that after seeing her jump, they were further shocked to later see her in the women's restroom, looking in a mirror and touching up her makeup. Some have followed her and witnessed her jumping again. It appears that this ghost is doomed to relive her final moments repeatedly.

Upon gaining knowledge of the unfortunate passing of Evelyn McHale, known as the "most beautiful suicide," delve into the account of "The vulture and the little girl," a representation of Carter's death. Furthermore, explore the topic of "A thousand deaths at Mount Mihara," a volcano in Japan notorious for its high number of suicide incidents.

Bathsheba Sherman And The Evil Doll Annabelle: The True Story Behind 'The Conjuring'