Jackass Forever will be the next film in the famous franchise, and it's due to debut in cinemas this February. Eric Andre was part of the cast, and he was incredibly nervous on set.

The Canadian actor is part of the crew in the fourth Jackass film, which has brought together all former actors except for Bam Margera. Jeff Tremaine will direct the movie.

The experience left Andre on edge because he could not predict when he could walk into a trap. As far as he was concerned, there was "nowhere safe" while on the set of the film:

"Goddamn, I was so nervous on the Jackass set, because every chair you sit in, every square inch, there could be an explosive or a venomous snake. There's nowhere safe, they're constantly filming you and they're constantly f---ing with you. So, yes, shooting a scripted show where no one's trying to kill you is quite relaxing!

Andre missed being on a set of films where he was not constantly worried about his safety from the look of things. The comments sound a little ironic since the comedian is also famous for pranking people on shows like Bad Trip and The Eric Andre Show.

It seems like he doesn't enjoy getting pranked as much as he enjoys pranking others. Without a doubt, being part of the Jackass crew means that he was probably pranked a few times, and fans can't wait to find out how once the film is released. 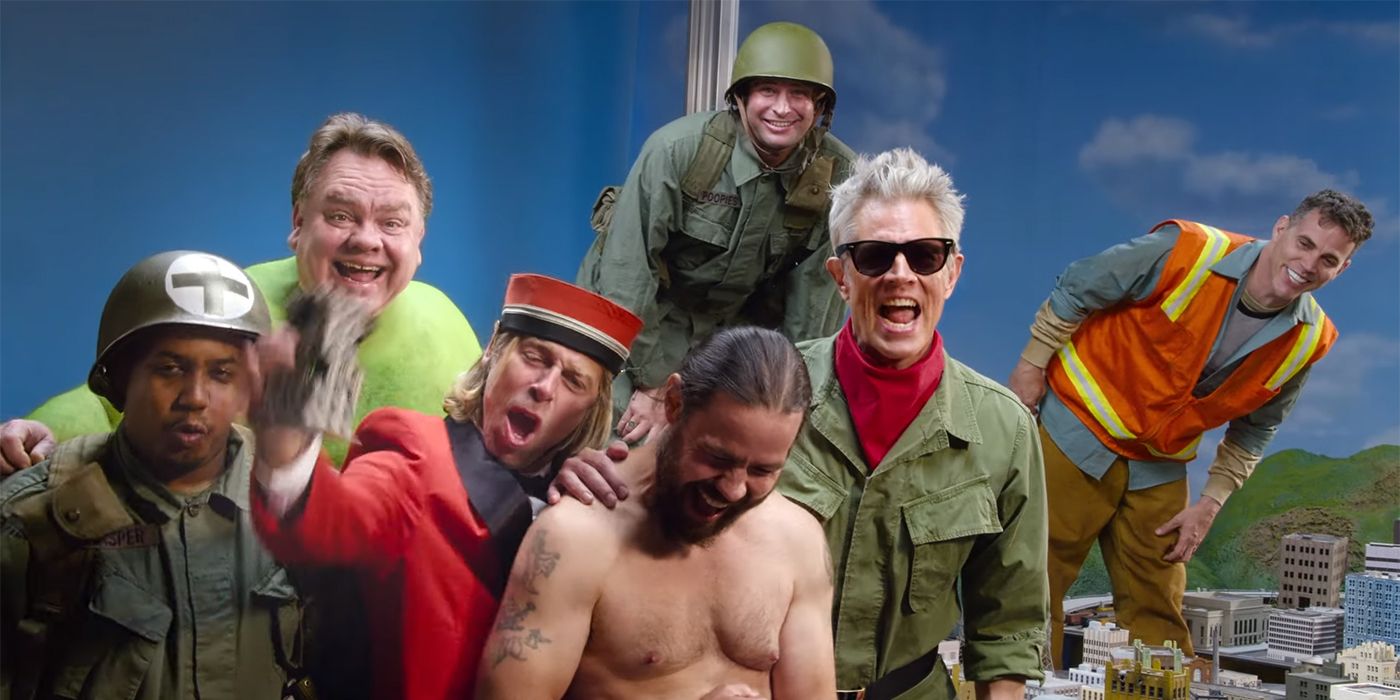 Otherwise, based on his comments, Jackass Forever will just be like other Jackass movies, full of dangerous stunts and shocking antics. This should come as a relief to fans of the movie franchise.

Andre has been trying less traditional acting of late, which explains his role in Jackass and The Righteous Gemstones.

The Jackass movies are based on a pretty simple concept involving pranks and stunts. For the tricks, the cast members have to perform them themselves.

Johnny Knoxville, Steve-O, Ryan Pontius, the late Ryan Dunn, and Bam Margera performed these stunts in the past. The actors exposed themselves to many painful incidents involving animals, each other, and even machines.

As for the pranks, they usually involve detailed traps being set for crew members. Some of these pranks involve giant hands knocking their unsuspecting victims to the ground.