Do you think that your boyfriend has a small package? Even sex with a smaller package can be satisfying if he knows how to use it properly.

We'll tell you why your relationship doesn't have to be sexually unfulfilling because his package is too small. Plus, some tricks on how to talk to him about it empathetically.

How To Know If Your Boyfriend Has A Small Package? 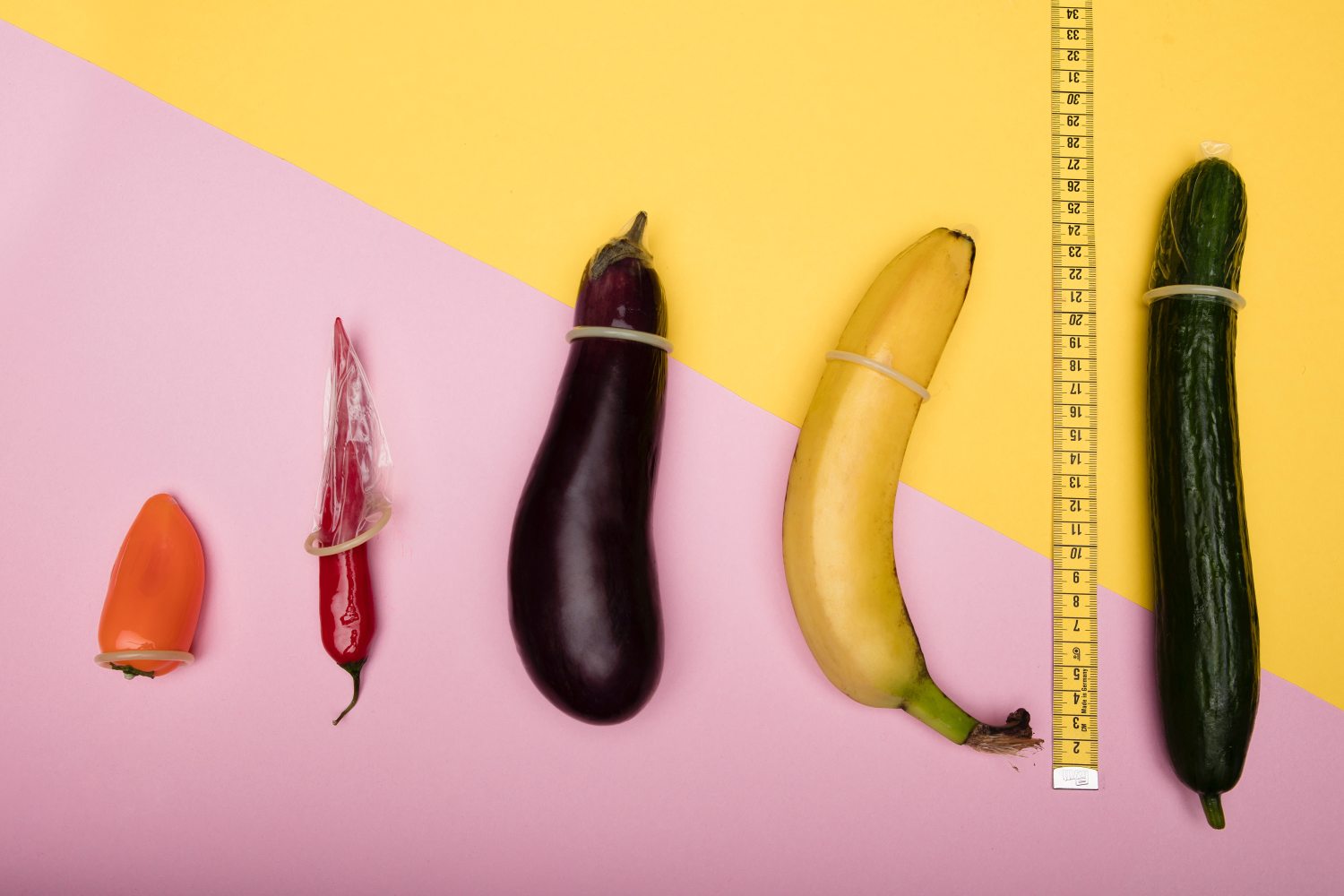 If you missed all the signs on how to tell if a guy has a small package, here is how to handle micropenis.

The penis is considered a kind of status symbol among men. The popular comparison of lengths begins as early as puberty. What's more, the consumption of pornographic content gives many young men the image of the perfect package.

There is a heated discussion in forums about what length women prefer, leading to further insecurities. Men who nature has blessed with less length often suffer from complexes. This also leads to difficulty finding a partner.

10 cm is not generally too small.

According to urologists, many men who believe that their private part is too small often have an erect length of over 7 cm.

The average size is around 12 cm, while the total length of an erection can vary between 4 and 26 cm. However, one only speaks of micropenis if it is shorter than 7 cm. And this is really rare.

The girth is often more important than length.

For a vaginal orgasm, the penis must fit the girth of the vagina. That's how you feel him during penetration.

A relatively short but thick package can also satisfy a woman with the proper position. This comes as a relief if you found out that your boyfriend has a small package.

So the good news is that just because a package is slightly smaller than average doesn't necessarily mean it's too small for all women. Because every woman has a different vagina, men should stop comparing themselves and relax.

Of course, there are still cases in which the package does not reach 7 centimeters even when erect. But the case of a micropenis doesn't have to be the end of the world. Especially if you know the many different ways you can bring your loved one to orgasm. So, even if your boyfriend has a small package you can still have a fulfilling sex life.

Is His Package Too Small For You? 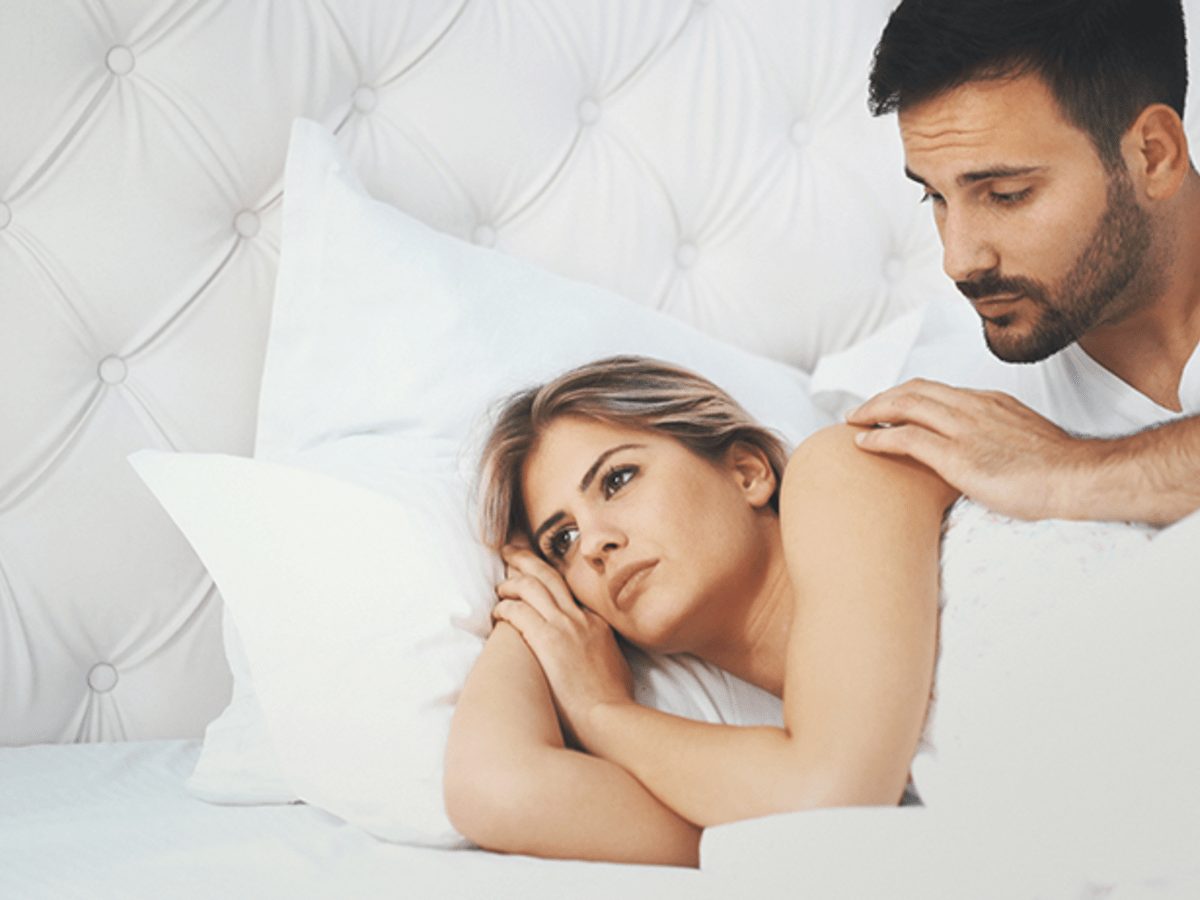 Let's say your boyfriend has a small package. He may be able to pay for a surgery or buy products on the black market that can increase the size of a small package. However, he should not take anything without a doctor's approval. Not even a supplement. These things can negatively affect existing medications or even cause harm on their own.

Some devices can help him temporarily increase the size of his package or help strengthen his erection. This can make it appear or feel bigger than it is.

If your boyfriend has a small package this can be a hindrance to your sexual satisfaction at first. But it doesn't have to mean the end of your relationship. Especially not if you like each other very much.

The important thing is that you talk to him honestly and you find a solution that makes you both happy.

A lot of guys worry that having a small package can't please their partners. The truth is, most guys are too focused on the package when it comes to sex.

Everyone needs to know one thing:

Sex doesn't have to depend on the size or ability of the package!

This is a good thing, as you can spend less time thinking about size, erection, and ejaculation. Instead, you can enjoy sex, explore with your partner, and break away from these restrictive sex rules.

How Can I Address The Issue That My Boyfriend Has A Small Package? 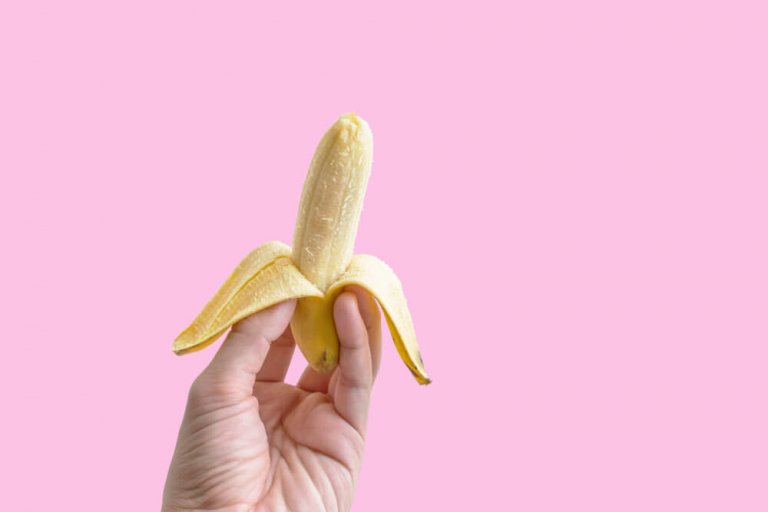 It's essential to be very empathetic when dating a man who has issues with his package. You should refrain from making hurtful, like "Oh, he's cute" comments early in the relationship. Still, it's important to openly tell or show him right at the start that you didn't come and not fake an orgasm.

In the best-case scenario, he'll notice for himself that you haven't had a climax and you'll talk about what you wish for. However, if he doesn't say anything about it himself, you should bring up the subject.

Be sensitive about addressing the issue that your boyfriend has a small package. Don't tell him right after sex or you could hurt him a lot. Maybe bring it up the next time things get romantic between you two.

Under no circumstances should you tell him such a sensitive topic via texting. That's way too impersonal.

How should you teach him? Just be yourself and phrase it carefully: "I didn't come last time because I didn't feel you well. Shall we try a different position?"

It doesn't always have to be because your boyfriend has a small package, but of course, it can.

If you really like him and he has the same feelings towards you, then he naturally wants to make you happy sexually. It is important to communicate and find a way together.

Honesty is always the best policy: maybe no woman has ever actually told her boyfriend he has a small package. As we said, it is not the same issue for every vagina.

In the end, the two of you may be, unfortunately, not physically compatible. It's none of your fault. But you have to bring it up and then see what an obstacle this can be for your personal happiness in a relationship.

So, your boyfriend has a small package, what should you do? 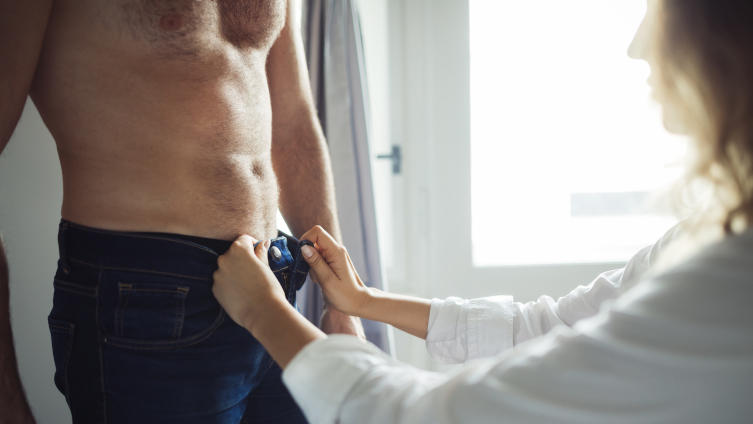 Whatever you do, if your boyfriend has a small package be kind and compassionate. Size can be a termination of a contract for you or it will be a surprise when you have sex for the first time.

Sometimes our faces can betray our feelings, even when we try to be nice. Remember that his hard package can be much bigger than a soft one if he is a "grower" and not a "shower."

Sometimes your partner doesn't know how or when to let you know he has a small package. It takes a lot of courage to do that. You may be the first partner he opened up with, or other women may have made fun of him in the past.

Women can do harmful things like tell friends about a partner's private parts, or even share photos.

All you have to do is look at the different threads where the guys remember the cruel things they were told and done. One man stated that "my biggest fear is to find someone I love and who loves me back, and I have to 'tell the news' to her."

You don't want to contribute to this, even if it doesn't work out.

Cut It Off Gently And Quickly If You Have To 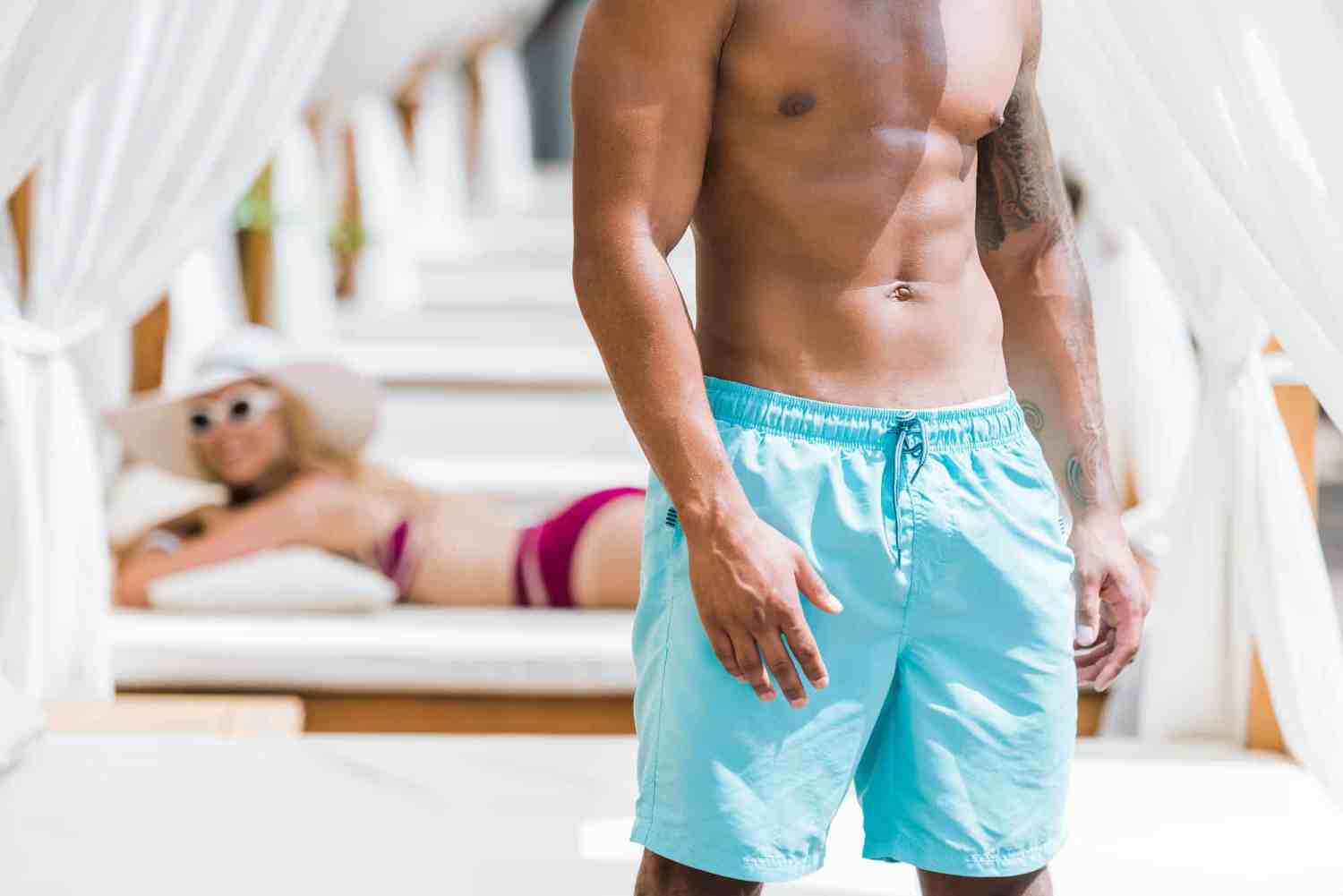 If your boyfriend has a small package and is a deal-breaker for you, it is best to let him know that this will not work out as soon as possible.

Unfortunately, if you notice this the first time you have sex, and stop seeing him soon after, he'll probably think it's because of his package. Sometimes this cannot be solved. However, you can be compassionate and kind.

Look At The Bright Side 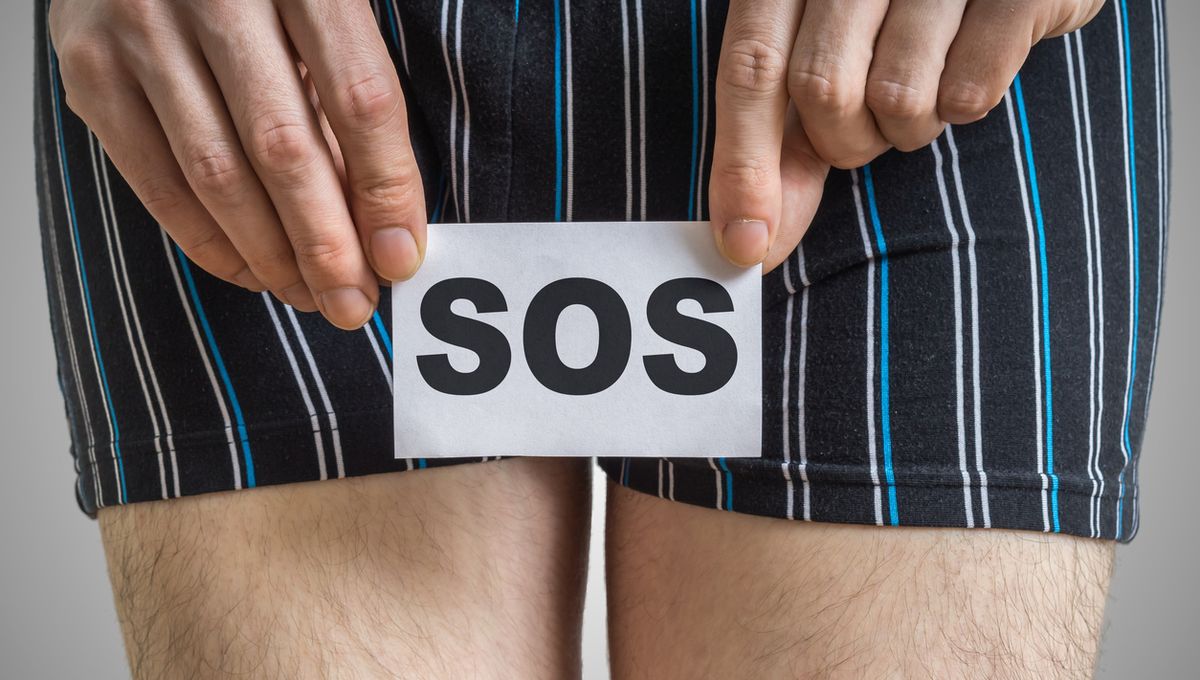 On the other hand, the fact that your boyfriend has a small package may not be a big obstacle if you prefer shallow penetration. In fact, large packages hurt some women.

Encourage experimentation with sex positions and toys. Keep communication lines open and clear to ensure a satisfying sex life. Remember that people of all bodies and abilities can enjoy sex.

The issue that your boyfriend has a small package may be difficult to talk about. Try not to blame him since it's not his fault. Focus on the fact that certain positions are less than ideal for your body. Keep a few suggestions on hand. You can easily direct him to a new position during sex.

The Sex Truth If Your Boyfriend Has A Small Package 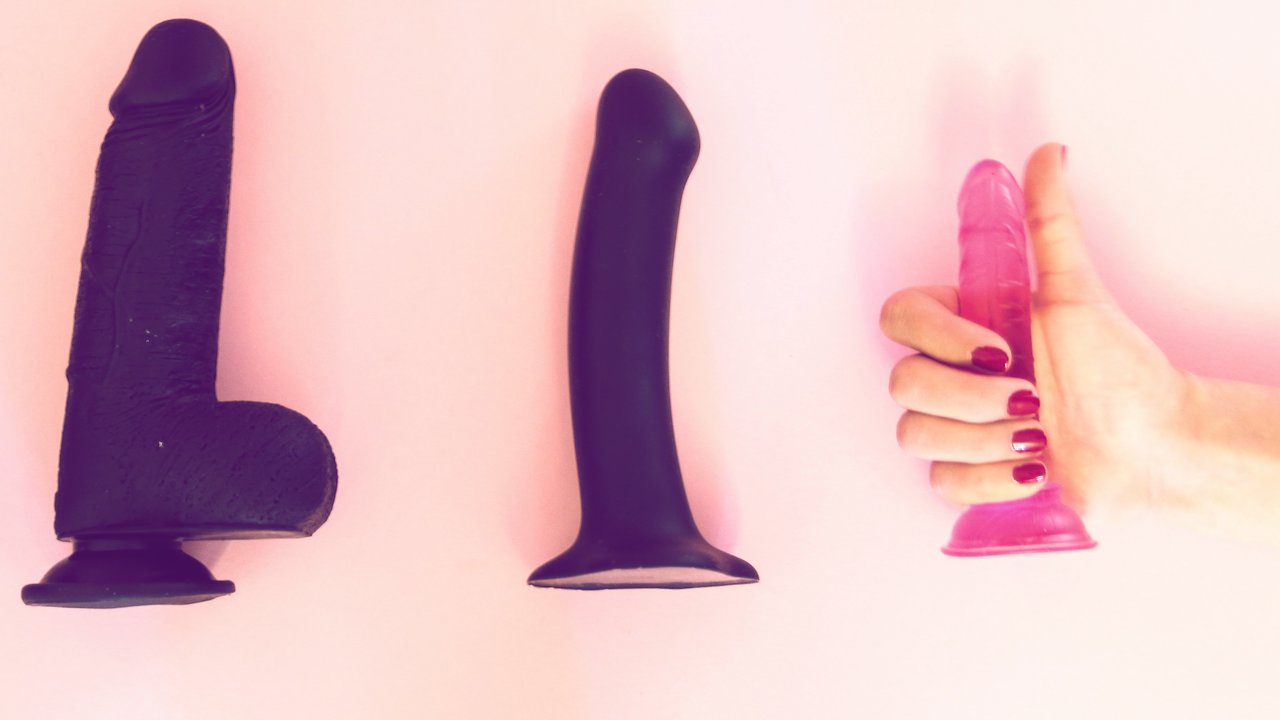 The truth is that size is important in a way. However, misperception can stop a relationship before it even begins. Size is not important the way some imagine it is!

Guys with oversized packages are used to women being fascinated by their size. Many times, these men think they don't need to develop any technique because their package is big enough, which may or may not be the case!

But men with small packages often want to make up for the lack of size in other ways. Maybe they pay more attention to women's needs. They may have developed excellent oral skills.

When a guy has the right way of thinking about sex, you find sex so great that a small package is not a problem at all. It might be more interesting to look at a big package, but once the sex starts, it may not bring you much.

Even when the size is less than optimal, learning to have sex with a small package instead of using the same old tips can make the world different.

Orgasm When Your Boyfriend Has A Small Package 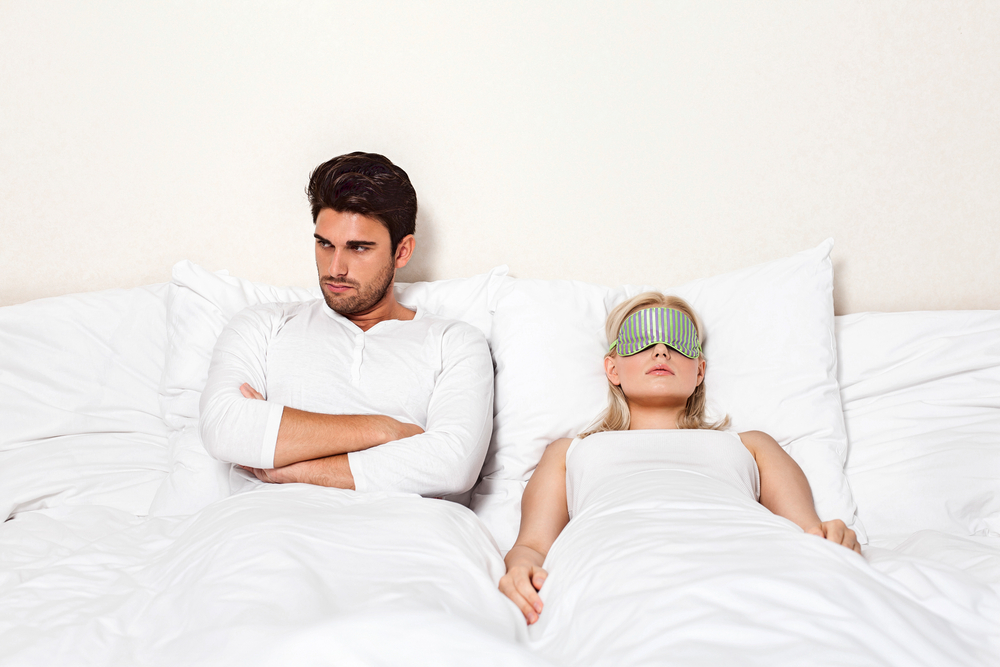 Do you think you already know everything about yourself and your vagina? Many women find out in the course of their sex life whether they climax clitorally or more vaginally. When it comes to clitoral orgasm, it doesn't matter if your boyfriend has a small package.

It's much more important that he knows how to use it to properly stimulate your clitoris and, as mentioned above, that it's thicker to be able to penetrate you vaginally. There are also other techniques such as oral sex. Good oral sex can get you going in a similar way and complement your foreplay perfectly.

If you don't come clitorally and vaginal penetration does the thing for you, you can help with the right positions. There are positions in which he can penetrate you deeper and you feel his penetration better. The doggy position is a good guarantee for joint fulfillment.

However, there are more positions that are suitable for a smaller package. Like with sitting positions, each of us prefers different positions in sex. Practice makes perfect even when it comes to sex!

Sex Toys To Use If Your Boyfriend Has A Small Package 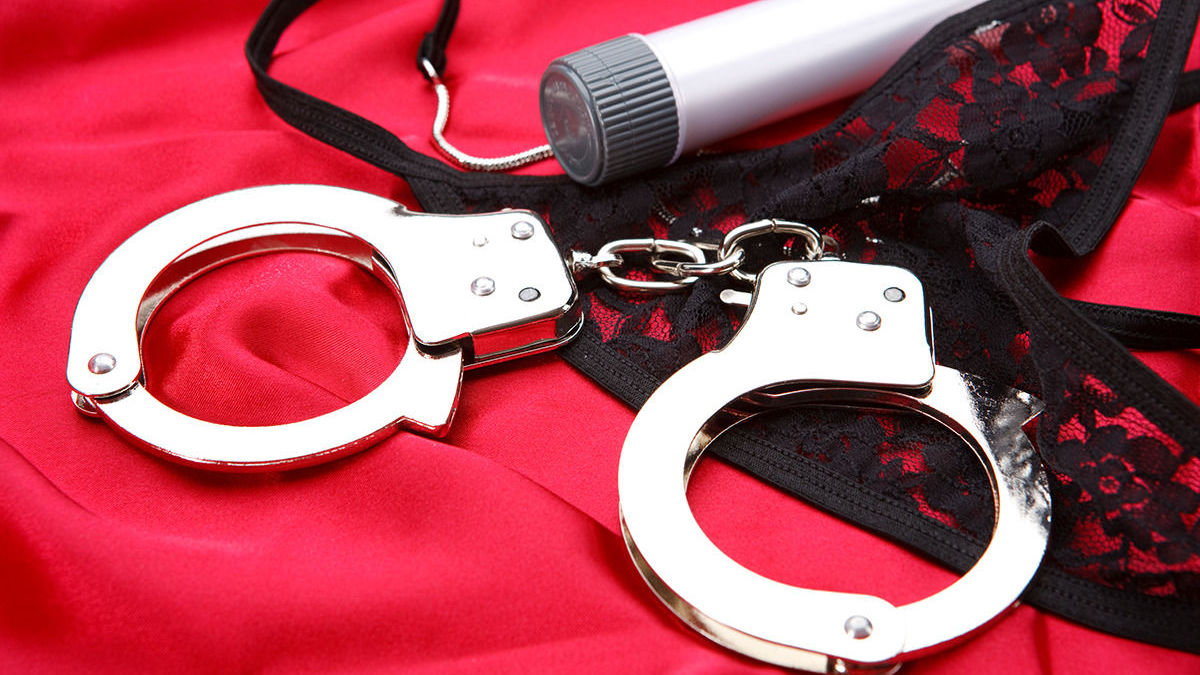 There is no shame at all in using little tricks and tools. Now there is a large selection of very tasteful and extremely creative sex toys for couples. If your boyfriend has a small package, you can incorporate some toys in the bedroom.

In the end, sex is not only physical but an emotional and psychological experience as well. No matter the size of the package - the right partner will rock your world.