The Harry Potter cast met for their 20th-anniversary reunion, and something was in the air.

One of the stars of the movies, Rupert Grint, said something to Emma Watson that left her "taken aback." His comments brought tears to her eyes though he managed to break the ensuing tension with a joke.

Grint and Watson, alongside Daniel Radcliffe, were the main stars of the eight-film series where they acted as Ron Weasley, Hermione Granger, and Harry Potter, respectively. 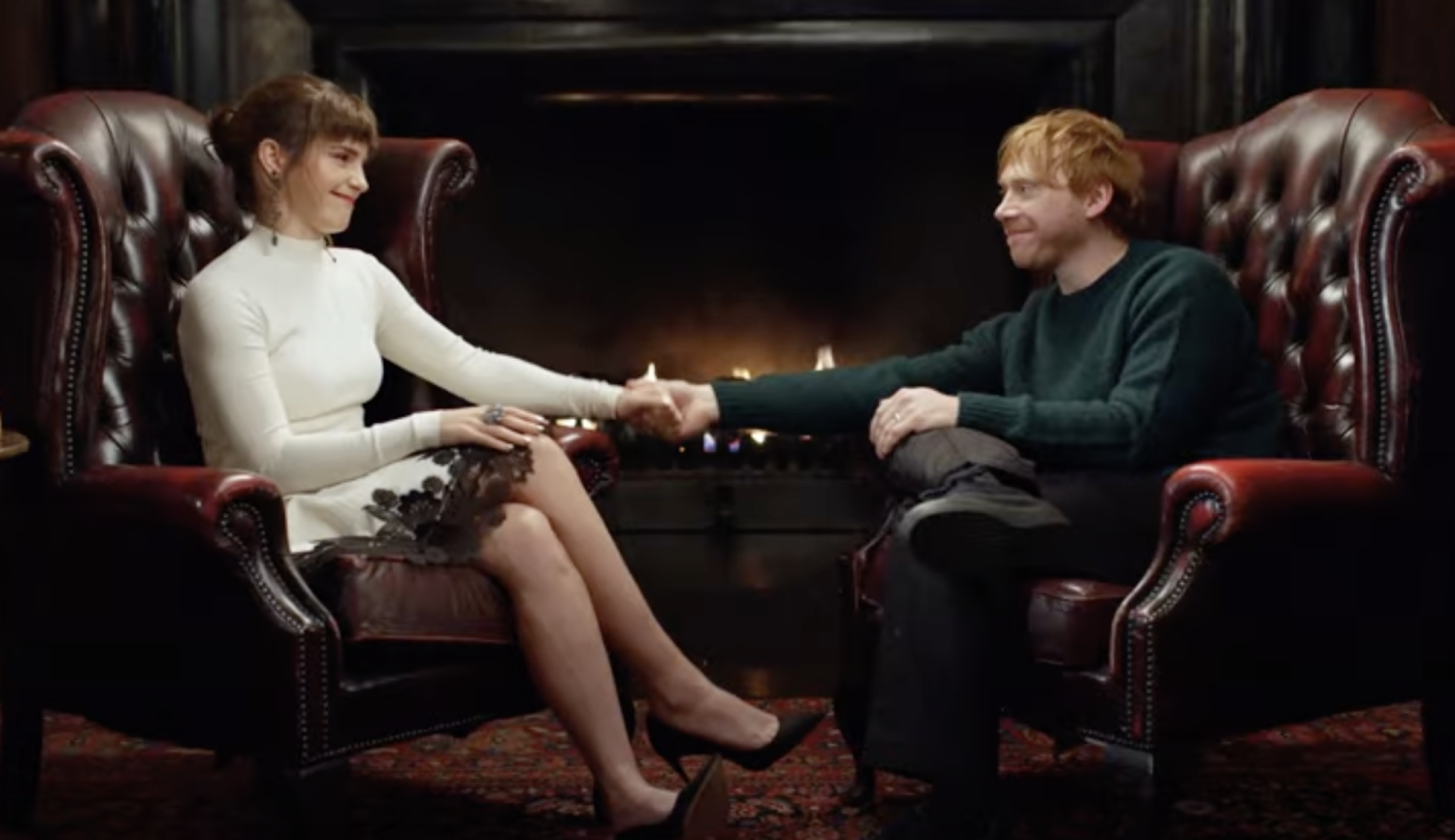 For something that spanned from childhood to early adulthood, it is almost impossible to have not formed a good bond with those with whom they each shared their formative years.

Based on what transpired between Ron and Hermione, that is Grint and Watson, at the reunion, it is pretty evident that they still have a good relationship.

Grint said to her: "We're family. We always will be. It's a strong bond. We'll always be part of each other's lives."

Then he embraced her and added: "I love you."

That left Watson and everyone within earshot stunned until he added, "As friends."

That addition served to break up that tense moment as the pair laughed it up. 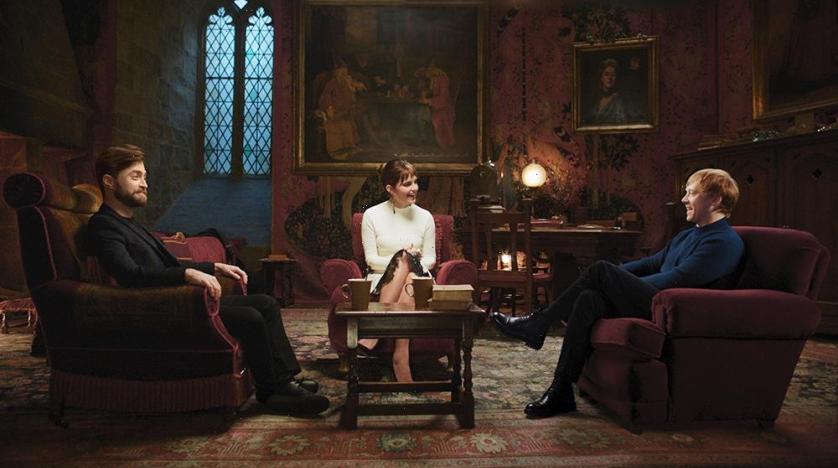 Although Watson might have laughed it off at the time, she revealed in a later interview with Vogue why the comment hit close to home for her. She said: "When Rupert says things, he really means them. I was taken aback by how vulnerable and kind he was deciding to be so publicly."

She added that the moment Grint said that was the 'most emotional' part of the reunion for her.

The reunion special was aired on HBO Max and Sky. Many old stars from Harry Potter showed up, and it was great to see them in the same space again.

Grint and Watson talked about their struggles on set, even when they seriously considered quitting. We can't exactly blame them because even mature, well-seasoned actors entertain the thought of quitting sometimes.

At that early stage of their lives, the price of fame must have been too much to pay. Watson said: "It was around the time of Order of the Phoenix when things started getting spicy for all of us." 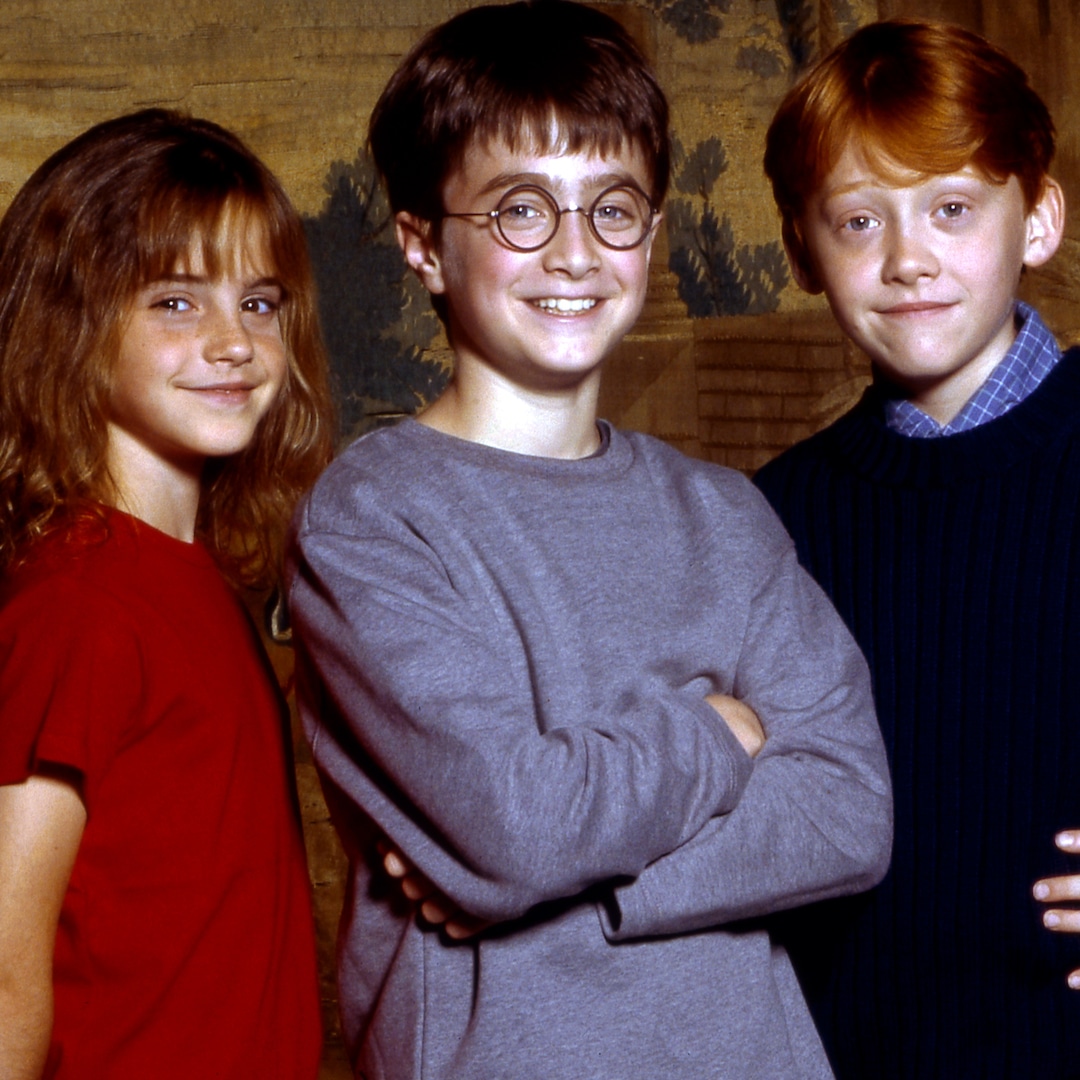 Grint backed this up, saying:

"I also had sort of similar feelings to Emma, contemplating what life would be like if I called it a day. We never really spoke about it. I guess we were just going through it at our own pace, we were kind of in the moment at the time. It just didn't really occur to us that we were all probably kind of having similar feelings."

"What kind of relationship now exists between the three stars of the series?" you may wonder. Watson said that they keep in touch, albeit "individually." They do not have a WhatsApp group or anything of such because they have a mutual dislike for the technology.

As for Draco Malfoy, played by Tom Felton, Watson added they spoke "most weeks."