Elon Musk has replied to reports that Twitter may be pulled from the Apple Store due to "safety" concerns by stating that if this occurs, he would just create an "alternative smartphone."

In this video, he's telling one of the most labored jokes you'll ever hear.

As it is customary with the world's richest man, it's unclear if he's making a joke or taking himself seriously.

After all, this man also asserts that he will colonize Mars in and solve world hunger.

To be honest, such things might still happen, but you can understand why certain statements he makes also come with serious doubts.

Nevertheless, since Musk took over Twitter in a $44 billion acquisition, there hasn't been a boring moment.

He fired many employees before bringing back many of them. Many executives left, and now he has returned Donald Trump to the platform, but he has not said anything since his return.

He also appears to be on a free speech crusade, referring to himself as a "free speech absolutist," although he hasn't been clear on what this actually means. 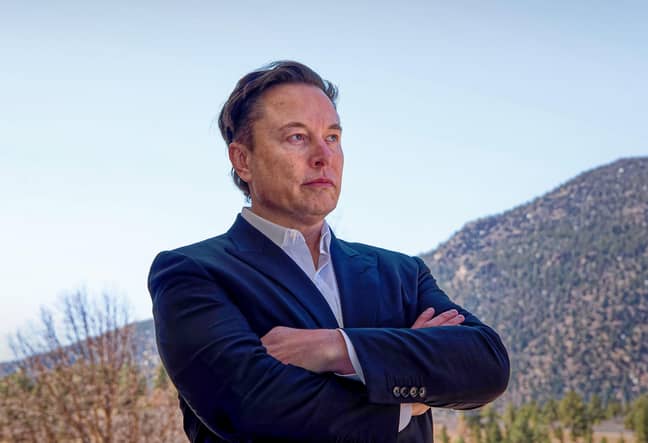 He has previously criticized Twitter for what he believes to be its anti-democratic policies, claiming that the company has abandoned its free speech values.

Musk believes that everybody should have the right to speak about anything as long as it's not against the law.

Contrarily, Apple has pages and pages of rules that must be followed in order for apps to continue appearing on the Apple Store for iPhones and other Apple devices.

Those rules are founded on the notion of "safety", as Apple describes it.

The first page of the paper says that people want to feel confident that installing an app from the App Store is safe and that "the app doesn't include upsetting or offensive content."

Musk recently voiced his displeasure about the costs Apple requires Twitter to pay, referring to it as a "hidden 30% tax on the internet."

In any case, if they are removed from the App Store, he will just create a new phone, as he stated in a tweet: "I certainly hope it does not come to that, but, yes, if there is no other choice, I will make an alternative phone."

It must be good to have the kind of wealth necessary to make such broad claims.

We'd get to discover what type of smartphone would result from that, so as an interested spectator, you'd almost have to want it to "come to that."

It would undoubtedly be a unique and fascinating one.