Elon Musk and Grimes have been together for three years and share a child. However, Musk confirmed they are now "semi-separated" but on "great terms."

The couple is now in what Facebook would call the "it's complicated" phase of their relationship. Speaking to Page Six, Elon explained how things went south:

"We are semi-separated but still love each other, see each other frequently, and are on great terms."

"It's mostly that my work at SpaceX and Tesla requires me to be primarily in Texas or traveling overseas, and her work is primarily in LA."

"She's staying with me now, and Baby X is in the adjacent room."

The Way They Were 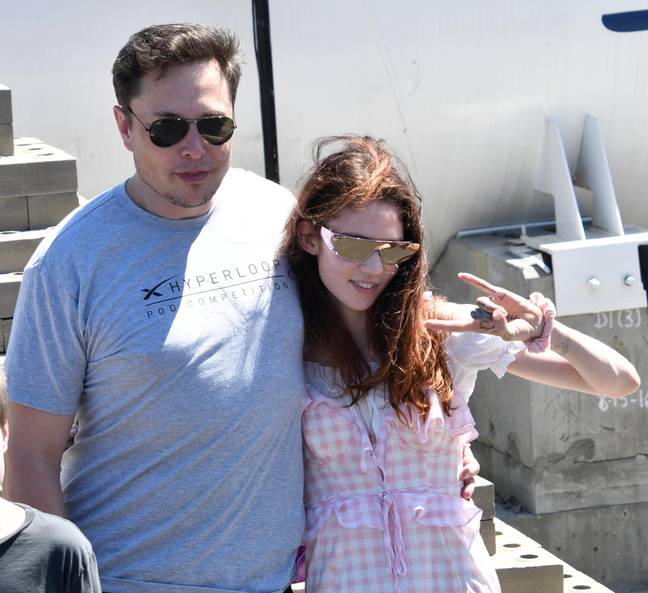 Musk and Grimes have been on and off since 2018. After their baby was born, in May 2020, it seemed that the Tesla owner and musician were enjoying the domestic lifestyle.

The biggest scandal until now was naming their baby X Æ A-12. Due to Californian laws, they had to change the name, as people cannot have Indo-Arabic numerals in their names.

Instead of going for something traditional, they merely switched to X Æ A-Xii.

"Did you change the baby name because of Californian laws? What is the baby's new name?"

What's In A Name

•X, the unknown variable ⚔️
•Æ, my elven spelling of Ai (love &/or Artificial intelligence)
•A-12 = precursor to SR-17 (our favorite aircraft). No weapons, no defenses, just speed. Great in battle, but non-violent 🤍
+
(A=Archangel, my favorite song)
(⚔️🐁 metal rat)

Grimes was also the first one to try to justify the baby's name.

Her tweet only confused us further, but then Musk stepped in. He told Joe Rogan:

Now that we got that out of the way, let's remember that Tesla CEO billionaire already has five children: has five sons - twins Griffin and Xavier, 17, and triplets Damian, Saxon, and Kai, 15.

He was married to a writer Justine Wilson, to actress Talulah Riley twice, and had a fling with Amber Heard.

Grimes, 33, and Musk, 50, were last seen together in public at Met Gala in September.