According to the tech news site Protocol, Elon Musk offered $5,000 to the owner of a Twitter account who tracks his private jet to take down his account.

The account with the handle ElonJet shows the movements of Musk's private jet. The handler gathers this information using bots to monitor publicly available air traffic data for others willing to pay. 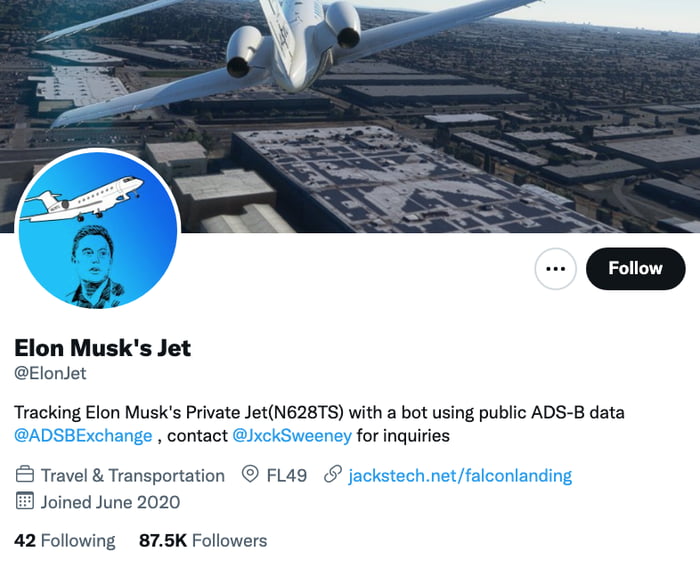 The 19-year-old who owns the account is called Jack Sweeney. He told Protocol that in autumn 2021, he received a message from Musk. He thus went on to share their chat history.

"Can you take this down? It is a security risk." 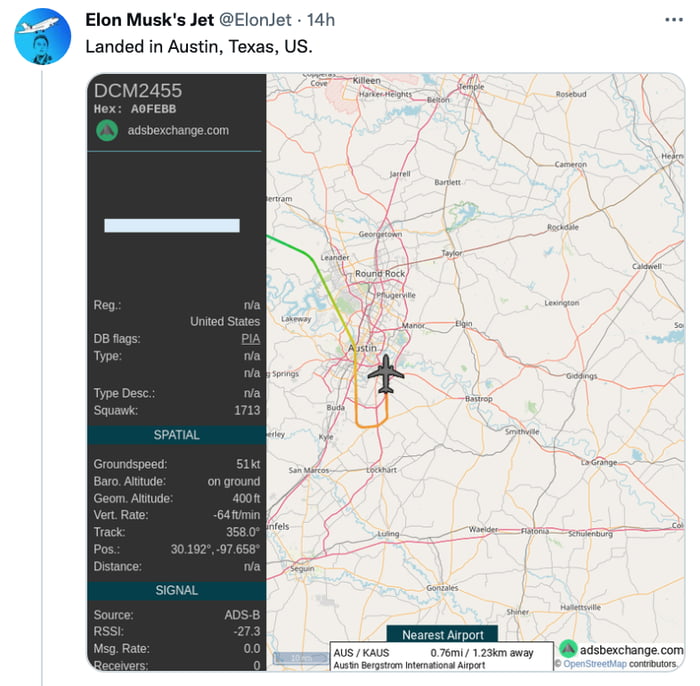 "I don't love the idea of being shot by a nutcase."

They kept the conversation going until Musk offered $5,000 as compensation for taking down the account and its information.

"Any chance to up that to $50k? It would be a great support in college and would possibly allow me to get a car, maybe even a Model 3." 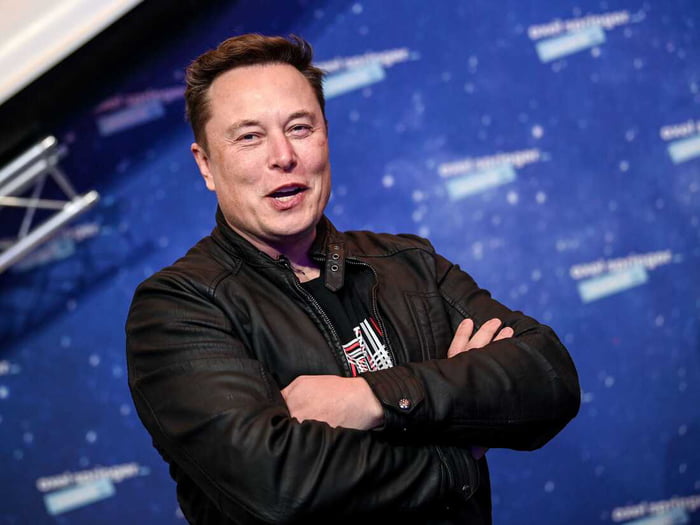 Musk responded that he would think about it but has not reached out to Sweeney ever since.

Sweeney had told Musk where he was finding the data, to which Musk responded: "Air traffic is so primitive."

Protocol reports that the most recent DM shared between Sweeney and Musk was last Wednesday, when Sweeney sent a message telling Musk that he would prefer an internship overpayment as compensation for deleting the account.

Well, according to ElonJet, Musk's location at the time showed that he was in Hawaii, probably on vacation. 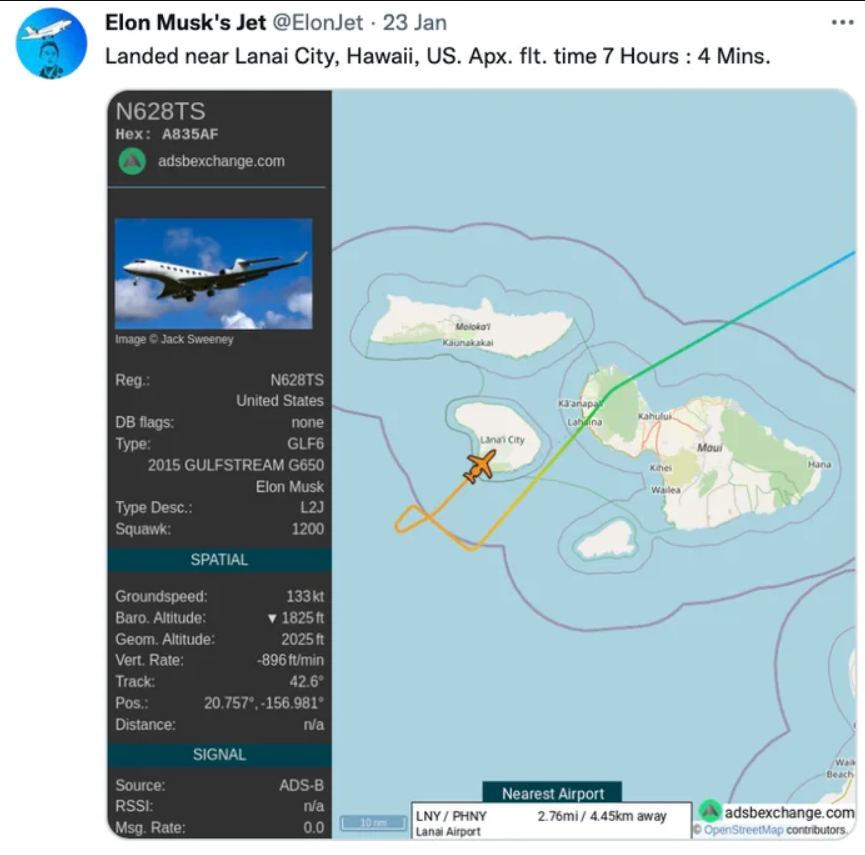 Entrepreneur Scott Painter offered Sweeney a 45,000 Euros Tesla Model 3 to delete the account on February 4. He wrote on Twitter he "will give you a Model 3 subscription."

Sweeney rejected the offer. He wrote:

"I want my own car. I don't want to have to give it back in three years. If I got an actual Tesla, then I would take it down."

We can only wait to see how this goes.