Elon Musk had an embarrassing momentary memory lapse while in an interview when he couldn't remember his son's name.

Well, the billionaire has named his baby X Æ A-12, and we still haven't figured out what it means.

While visiting the Giga factory in Berlin, a member of the press asked Elon how his child was.

For a moment, Musk seemed confused.

The Tesla CEO then asked the reporter to repeat himself.

He then laughs and goes on saying:

"He's great. I think next time I am going to bring him, maybe come back in a few months and bring him along."

Musk and musician partner Grimes welcomed their first child together on May 4 and decided to name the baby X Æ A-12 Musk.

Well, for those who're still wondering how to pronounce X Æ A-12, we pronounce it as 'Ex Ash A Twelve.'

The 'Ex' is the child's first name.

Later, Grimes announced they had changed the baby's name to 'X Æ A-Xii.' According to the parents, the child's original name violated California naming laws.

Under the state laws, you can only use the 26 letters of the English alphabet, including hyphens, to name your child.

Elon has been in a relationship with Canadian musician Grimes since 2018.

Grimes, whose real name is Claire Boucher, went public with the billionaire at the Met Gala in 2018. 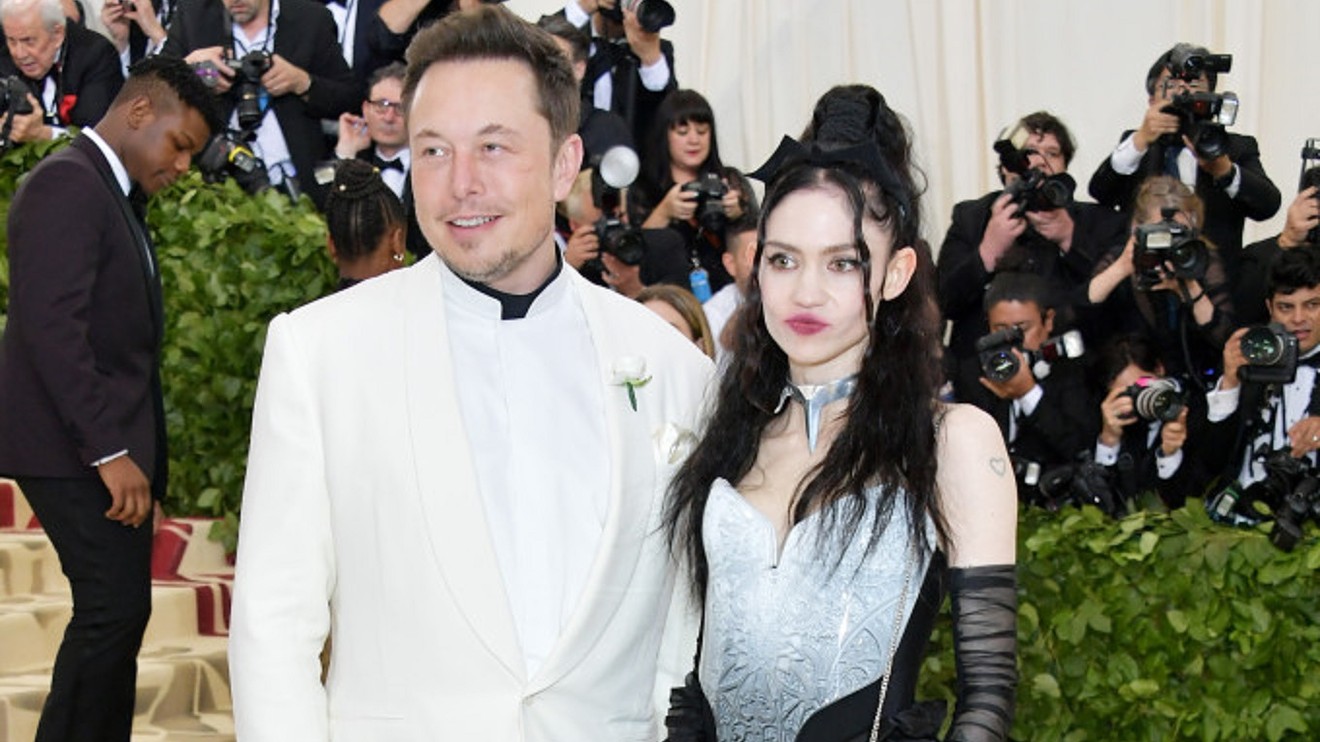 The pair had kept their relationship very private. If you visited Grimes' Instagram page before they went public, there was no pic of the billionaire.

After a series of unusual Instagram posts back in January, rumors circulated around Grimes being pregnant with Elon's child.

Then the news everyone had been waiting for came shortly after.

She revealed to the media that she was, indeed, 7-months pregnant with Elon's child. And fans couldn't wait to see their baby.

On May 4, which is ironically Star Wars day, Grimes and Elon welcomed their baby boy into the world.

Elon shared an adorable photo on Twitter in response to eager fans.

And when fans asked him what the baby's name was, Elon replied, 'X Æ A-12 Musk.'

While everyone thought he was joking, Elon confirmed it was, indeed, the child's name.