Ellen, 62, is at the center of a workplace bullying row after former staff claimed her eponymously named show is a "toxic" workplace.

Yet another of her controversial remarks about Meghan Markle has resurfaced, annoying most of her fans. And people have branded the joke 'sick' and 'sexist.'

Ellen's Scandals Has Been Making Headlines of Late

The infamous host of The Ellen Show has been facing bullying accusations.

When you're friendly, just a single allegation can have things falling apart for you.

And for Ellen, things have reached a breaking point.

Her fan's huge following is starting to turn against her as detrimental claims about her continue to resurface.

Ellen Has Always Been Problematic!

As the secrets of her 'diva behavior' and poor treatment of staff unveil, many people are now seeing the real Ellen.

She Even Mocks Fans' Kind Gestures

At one point, she received a gift from one of her fans. But instead of being grateful, she brutally mocked it in one of her shows.

Her Now-Fed Up Fans Have Even Created a Twitter Thread, Sharing Incidences of Her Arrogant Behaviors

Ellen being rude and condescending towards a young translator pic.twitter.com/ve4Jv1QOdf

As a result, her ratings are dropping as the world decides they can no longer support her.

Most Recent Controversial Comment about Meghan Markle, Has Pushed Ellen's Fans Further Away

The star also commented on the excitement of Meghan, a US citizen, marrying into British royalty when she said: “We finally got somebody on the inside, you guys!”https://t.co/gFbs7DLCF1

In 2017, when Meghan's engagement to Prince Harry surfaced, Ellen made a cruel joke about the actress. She referred to her appearing as a briefcase girl on the US version 'Deal or No Deal.'

Meghan favored briefcase on the show was number 24, and Ellen told her audience she was 'holder for Case 24' – the suitcase filled with money.

"Which means if Harry had picked the other model, he could've gotten a million dollars!"

And in a segment on her show, she continued to joke that her own family was 'about to get a little bigger.'

"Kate Middleton is my 15th cousin, so that makes Prince Harry's fiancée my other cousin." 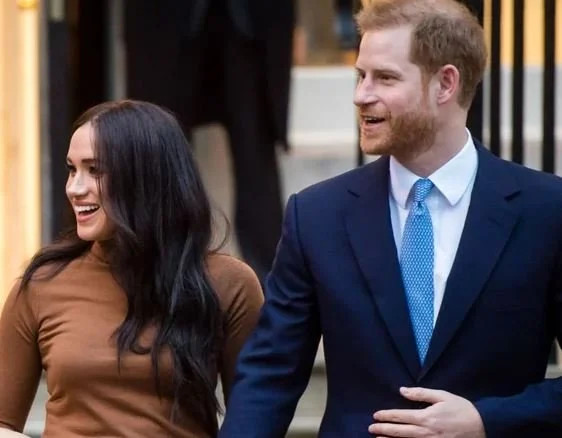 "We finally got somebody on the inside, you guys!"

However, these controversial comments didn't surface back then until now.